the bauhaus — the legendary cultural institution with a surprising present-day relevance — is now open for visitors to stay overnight. recreating an atmosphere of unrivaled creativity, everything from the floor plan and the materials, to the original furniture, has been returned to its original state. completed in 1926, the building known as the prellerhaus features 28 studios, each measuring around 20 square meters. inside, its walls guard the secrets and stories of some of its most renowned students, including josef albers, herbert beyer, marcel breuer, anni albers, and bertrand goldberg, among many others.

on a recent trip to the bauhaus in dessau, germany, designboom joined thonet to discover how together they forged a totally different design aesthetic from which we all benefit from today. 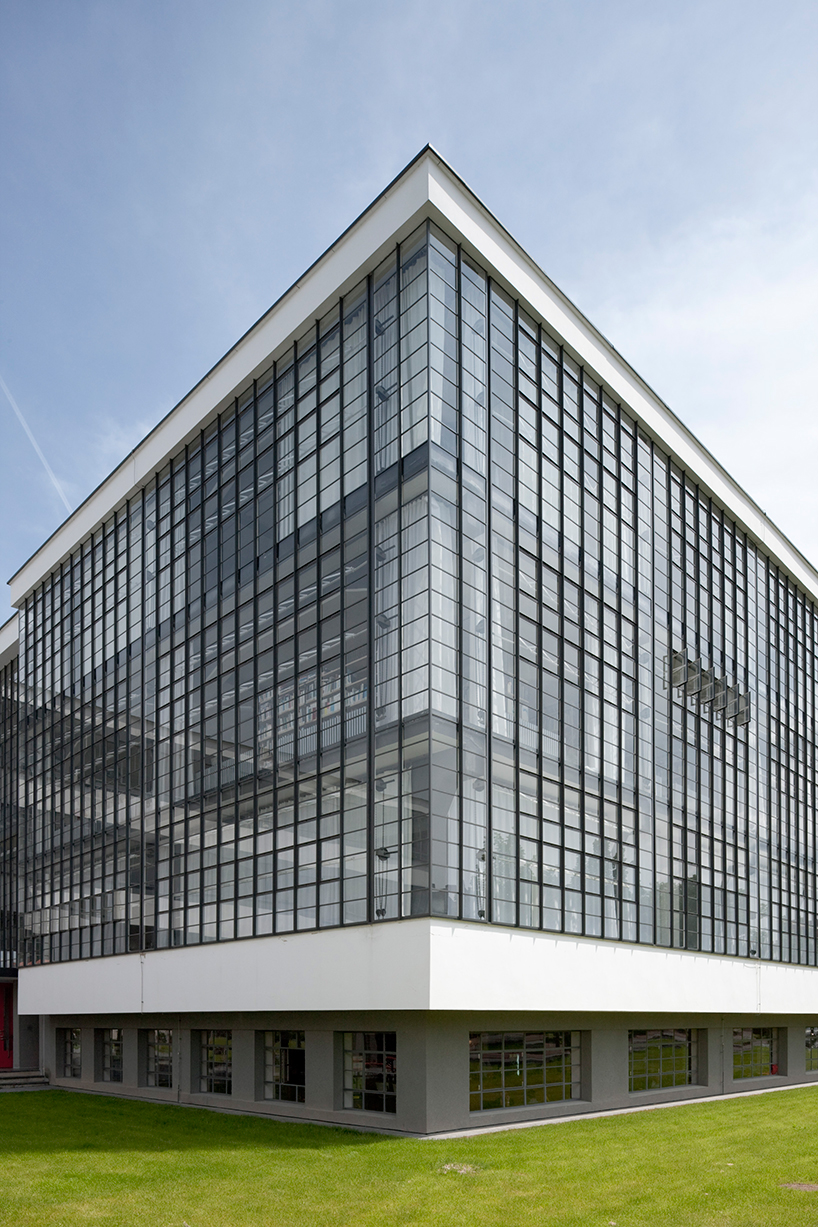 after world war I, the bourgeois ideals clashed, resulting in a new desire for a more sober, functional architecture. walter gropious — bauhaus architect and school director — portrayed this idea following michael thonet’s principle of reducing form and material to the essential. this mentality not only produced some of the most influential objects and buildings of all time, but also exalted a new hope and recovered vitality. by reconciling arts and crafts, the bauhaus created a new industrial aesthetic which we now call design.

‘thonet’s bentwood designs from the 19th century, including the coffee house chair 214 (no. 14), was the first furniture to be produced in series and hence became a symbol of industrial standards and an expression of the modern spirit. it is therefore no surprise that the then innovative tubular steel soon became the favorite material of the bauhaus architects in the late 1920s.’ 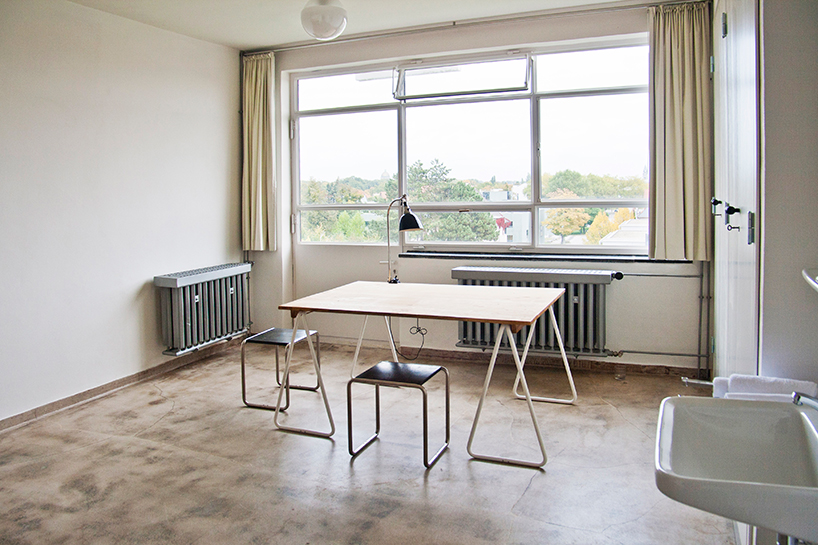 founded in 1919, the bauhaus operated until 1933, changing its location on three different occasions; weimar from 1919 to 1925, dessau from 1925 to 1932 and berlin from 1932 to 1933. for fourteen years the avant-garde school yielded nazi pressure whilst engaging in a debaucherous kind of academia that would see its students establish a legacy that will celebrate its centenary in 2019. with a roster of teachers that included vassily kandinsky and paul klee, the bauhaus was a living community brought together by their love for visual art. while active, no more than 200 students at a time attended intertwined lessons on fine art, graphic design, advertising, architecture, product design and furniture design. these were not treated as individual subjects but as a holistic view of the new modern living. 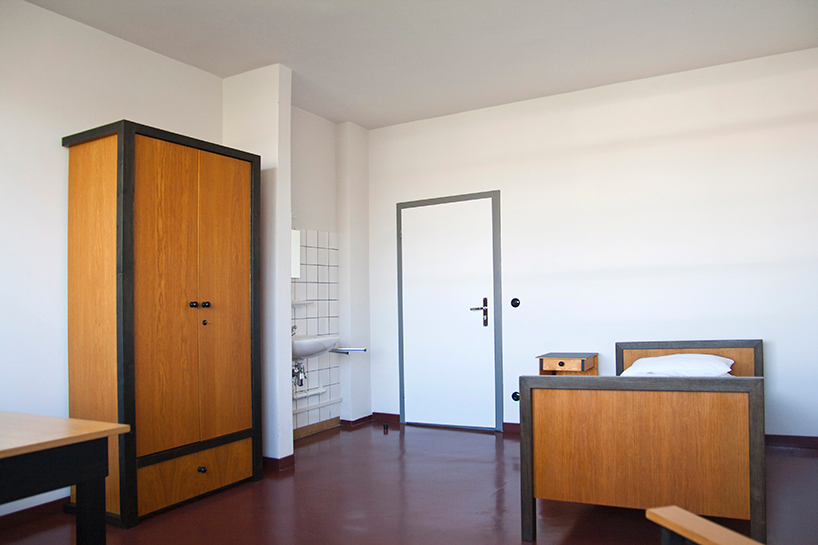 contrary to the workshop building — which showcases a stunning glass façade that reveals what happens inside — student rooms are private. however, they extend outside through tiny balconies that continue the spirit of collectiveness. lacking any kind of decoration, each room is equipped with a bed, coat hanger, dresser, sink, desk, and a few thonet S 43 chairs designed by mart stam, where a high value towards usefulness and austerity is applied. 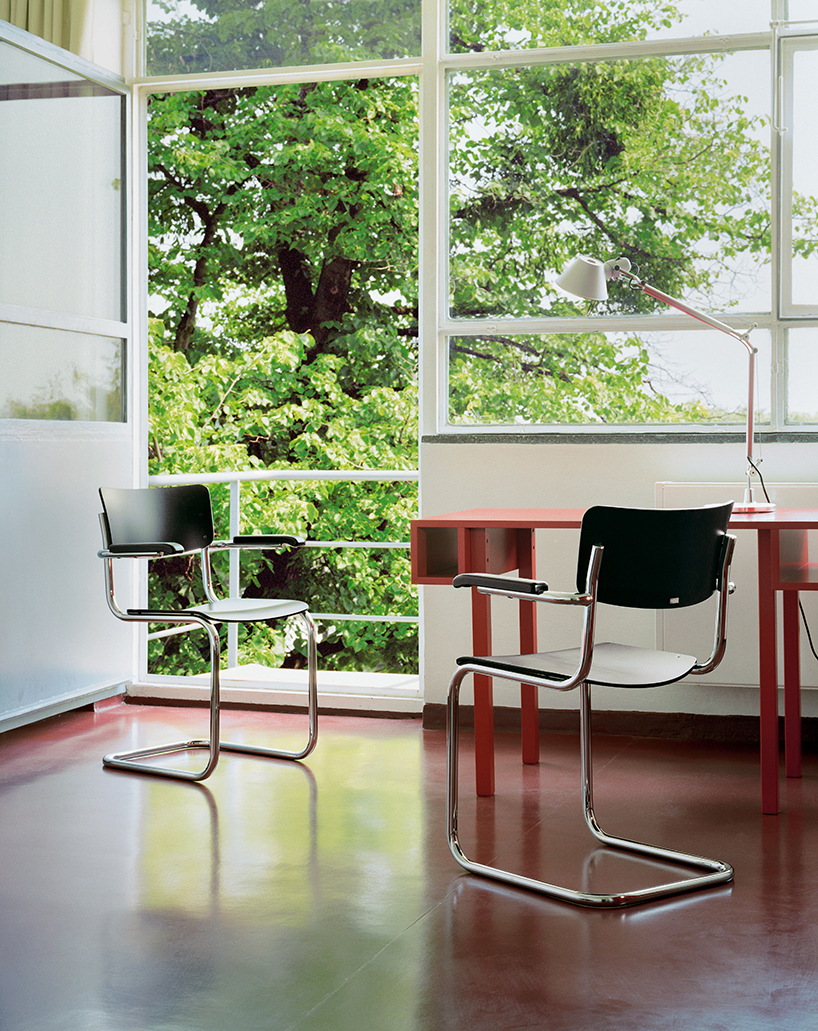 from €35 for a single room and an authentic bauhaäusler experience, spending the night at the bauhaus is a pilgrimage any architect, designer or modernism-aficionado should make. sitting on the bed and hearing the quiet hum of the empty corridors, one can imagine what could’ve happened inside that room, who slept there, and which ideas were incubated inside. be prepared to share the bathroom with your design-savvy neighbors, and make sure not-to-miss the wonderful breakfast served in the cafe downstairs. 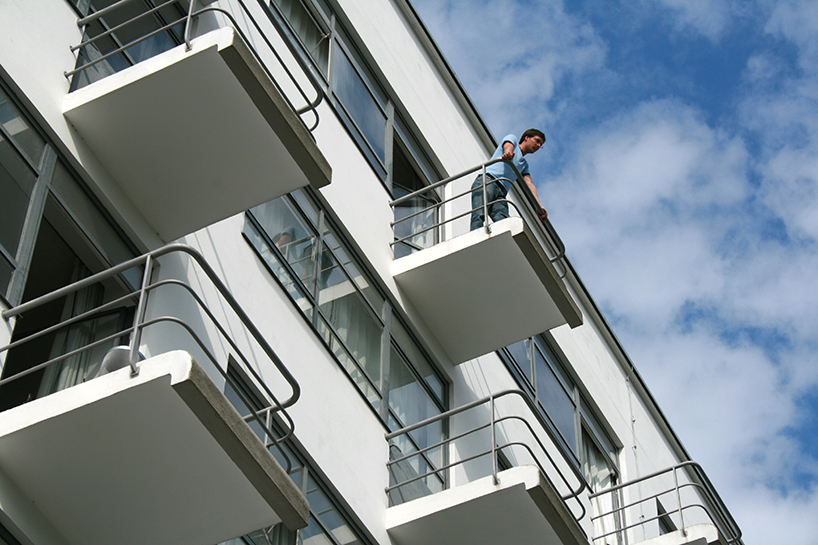 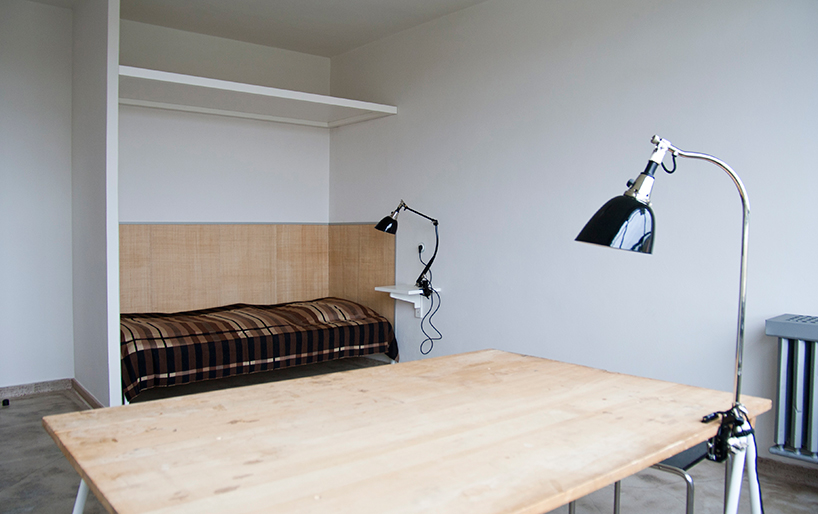 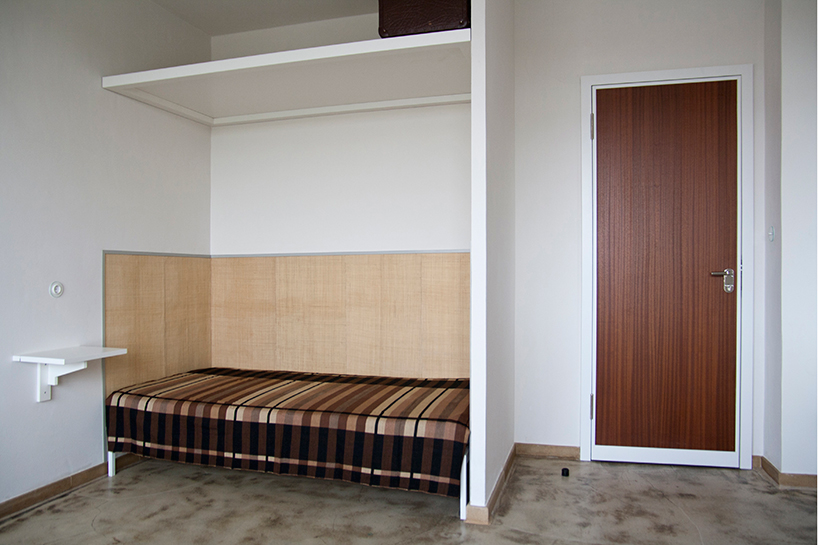 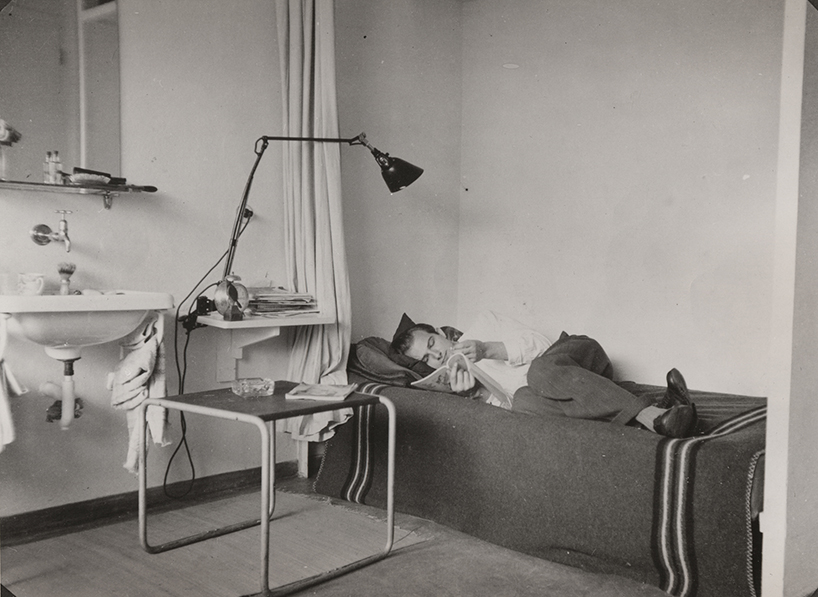 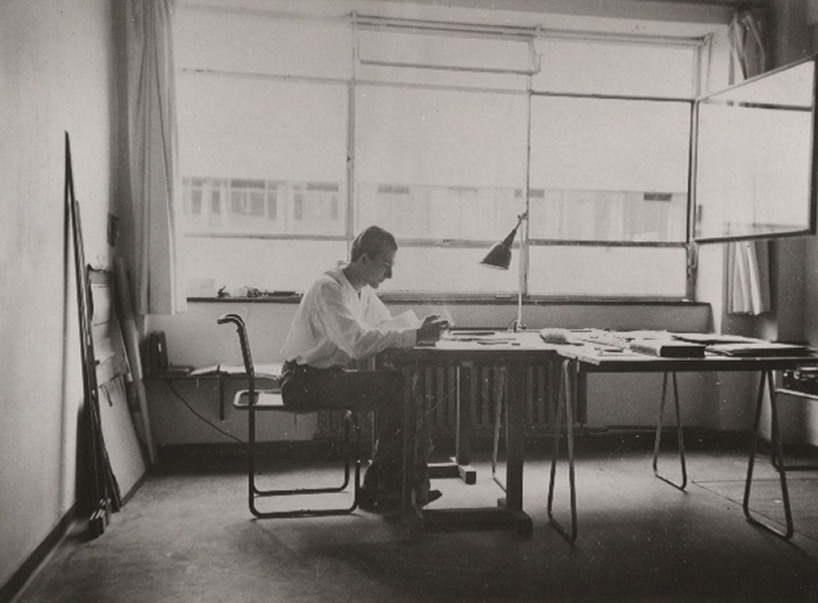 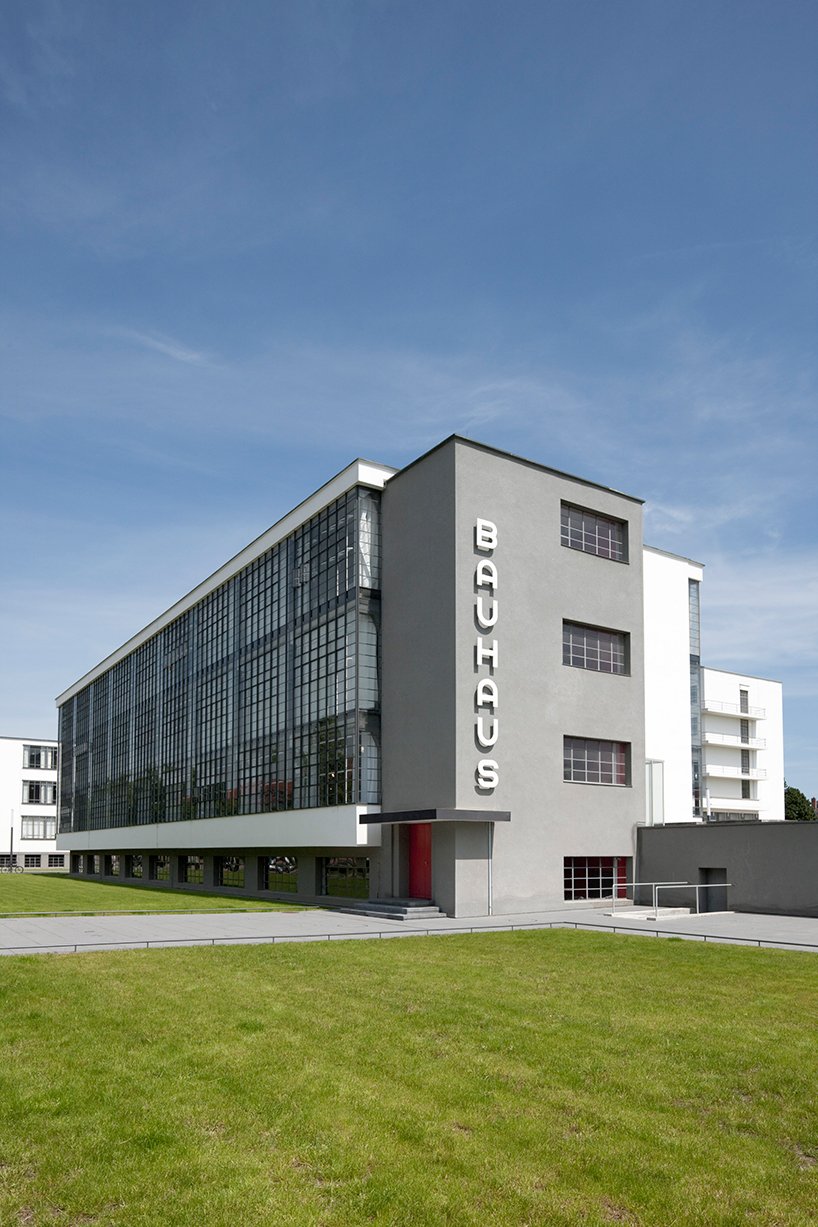 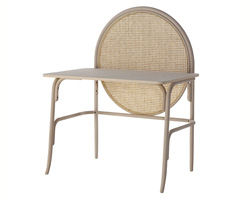