designed according to the stylistic canons of the 1970s, the resurrection of pio manzù’s fiat 127 is quite risky: the original model was one of the first truly innovative cars of the 70s designed to be rational in style with clean volumes and pure, simple lines. the danger of creating a car already seasoned at birth, as it were, with an imperceptible nostalgic effect is that it may not be particularly attractive. with this being said, designer david obendorfer tries to unite the past and future in one car of updated proportions and boasting with the unique combination forms influened by the model launched in 1971 with high-tech solutions such as a multifunctional touch screen in the center of the dashboard.

enlarged in size compared to the original model, the fiat 127 concept is based on the fiat punto-alfa mito platform.  the minimalist interior follows the same rational concept featuring nostalgic elements that give a strong personality to the dashboard. the circular vents in the center, the chrome handles and the design of the two-spoke steering wheel are clear references to the first 127 model. 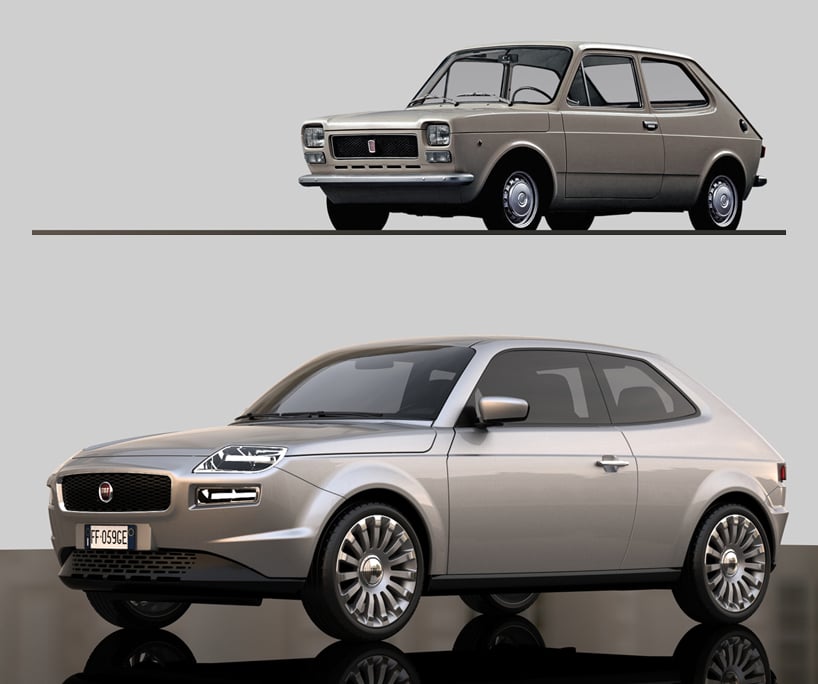 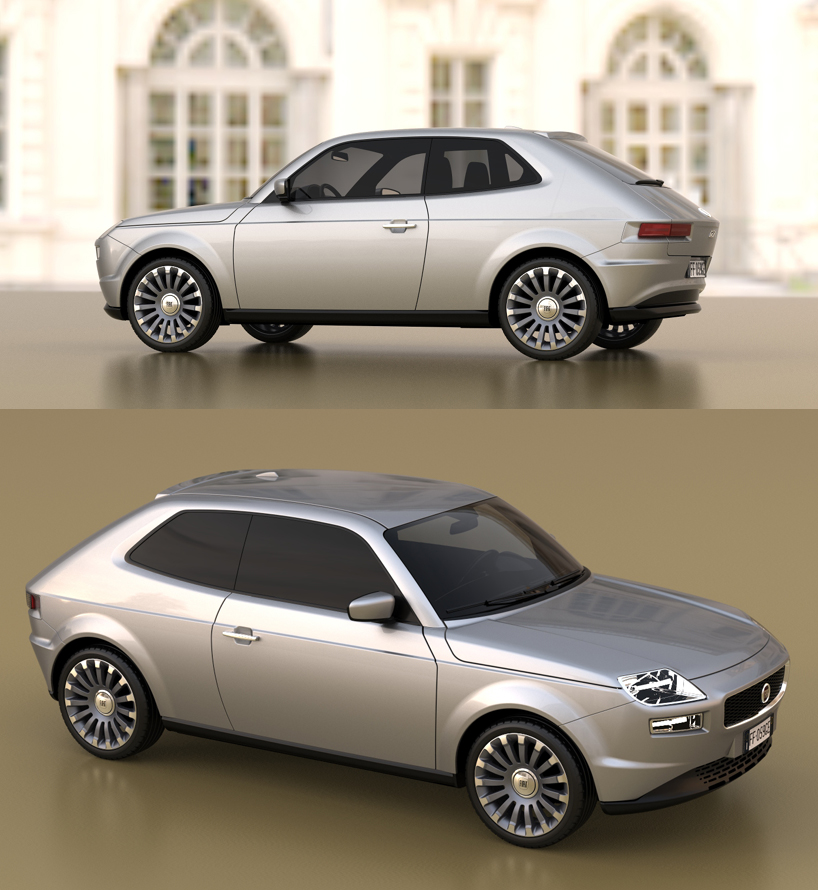 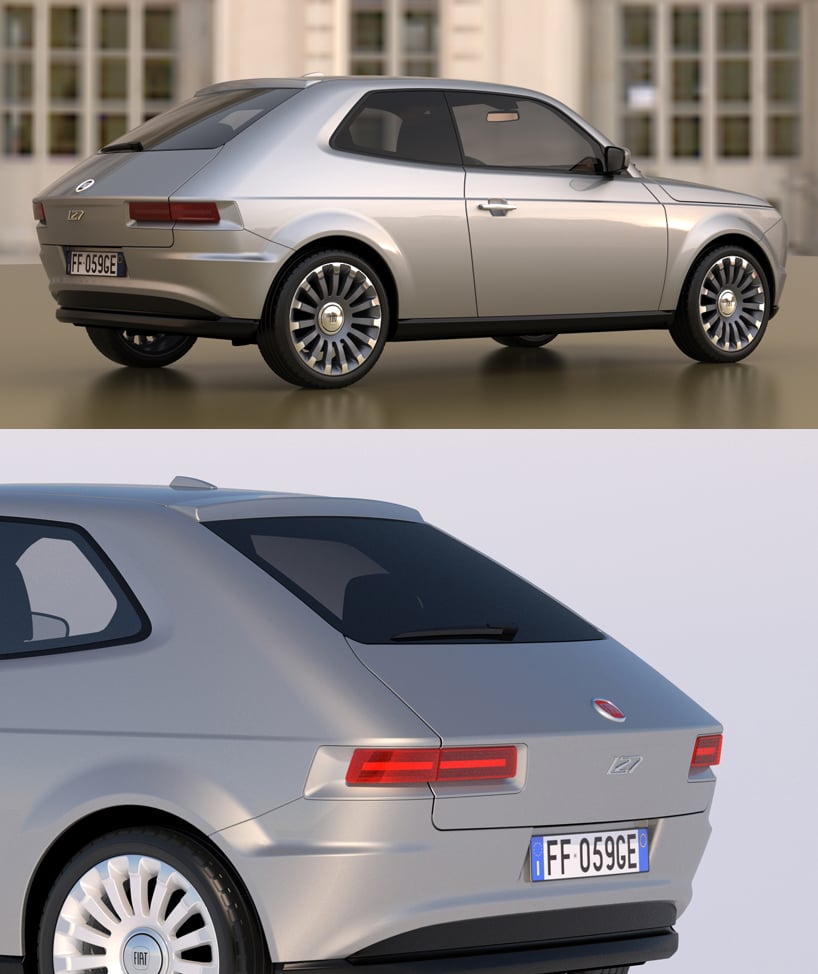 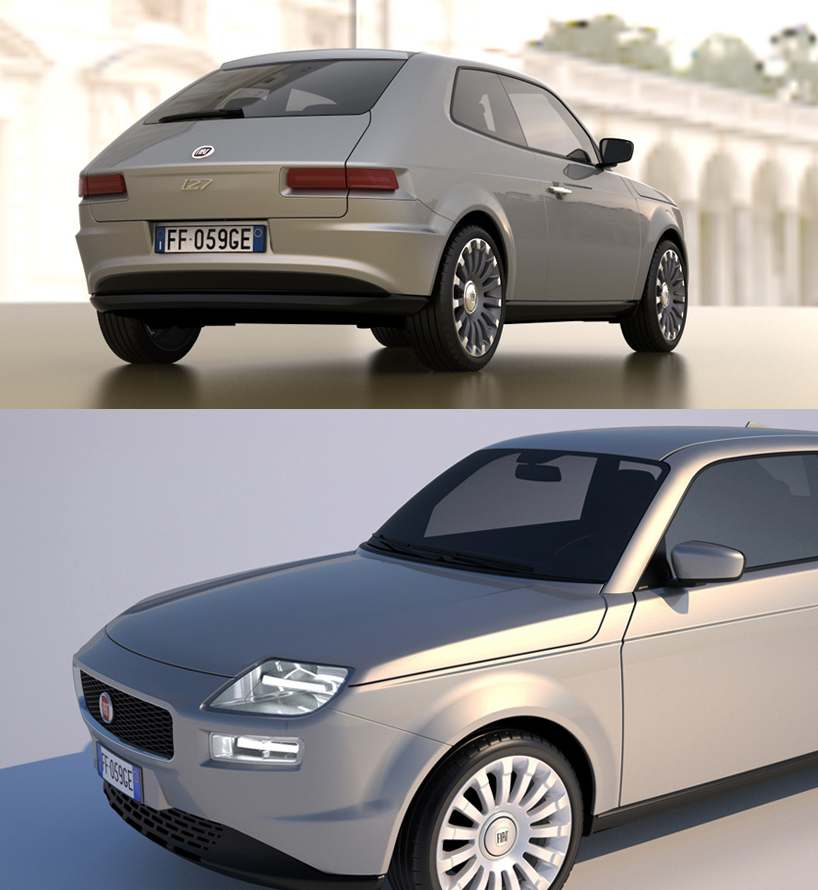 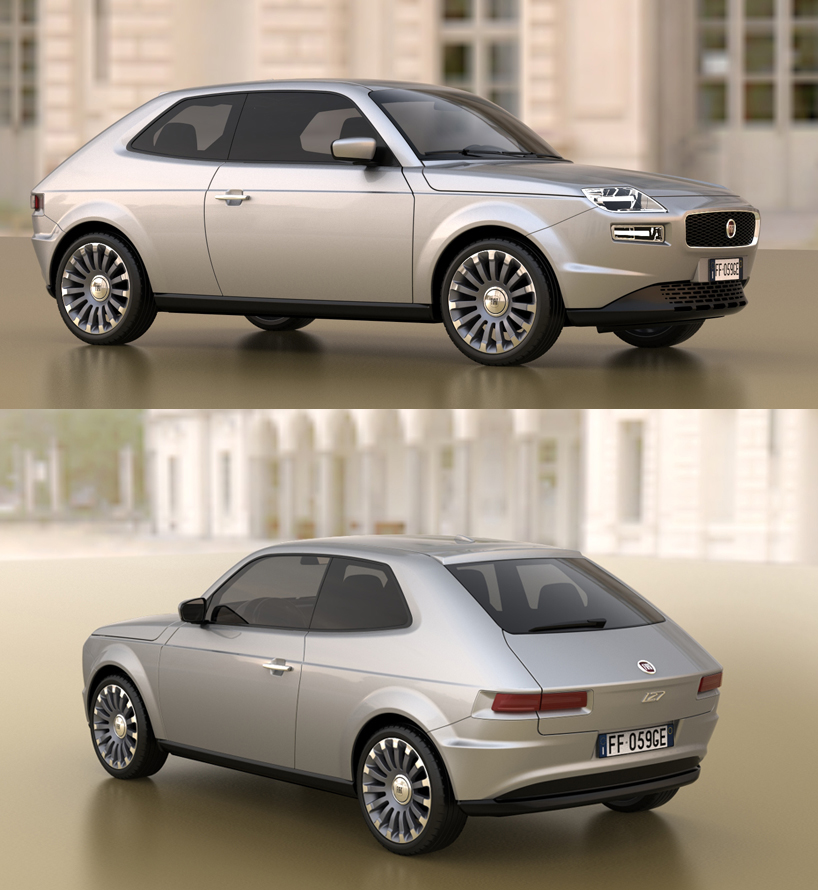 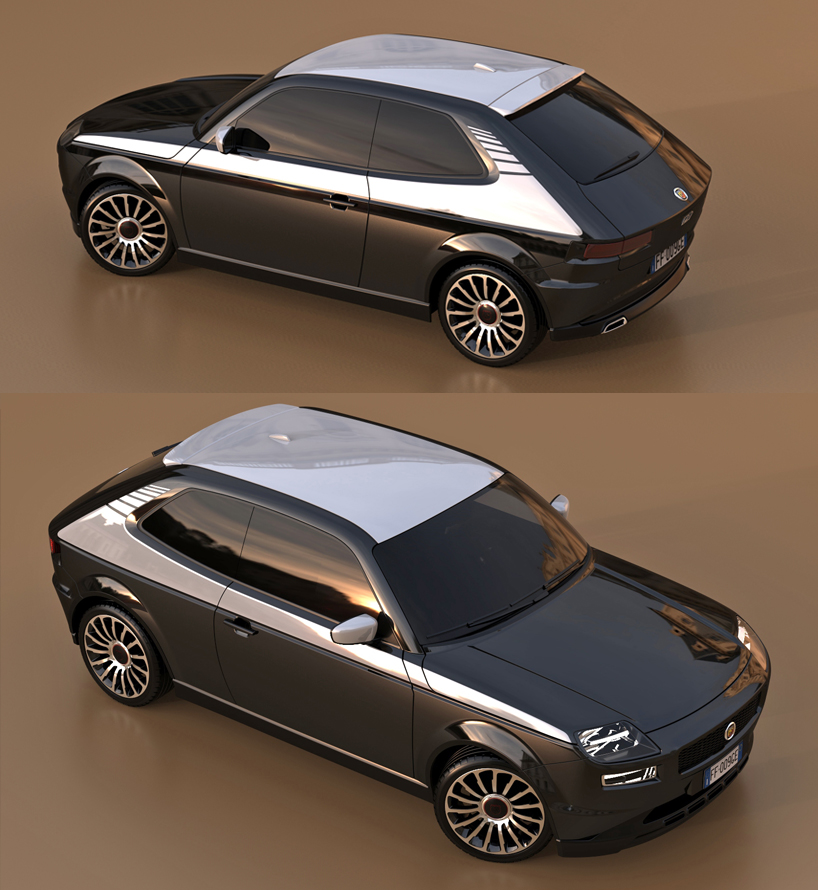 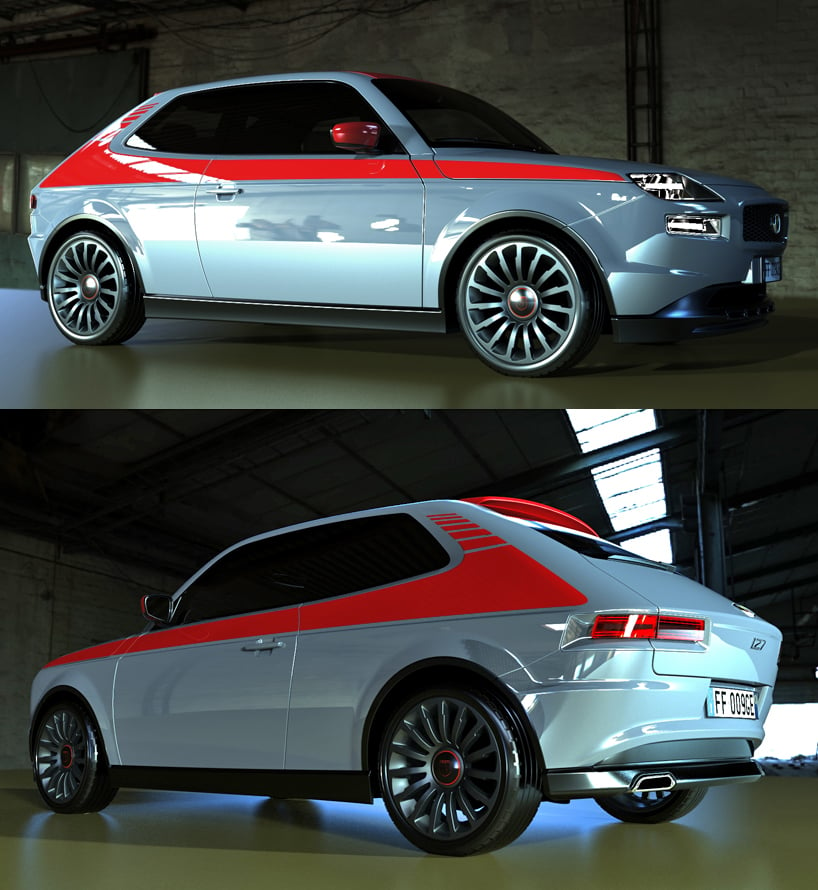 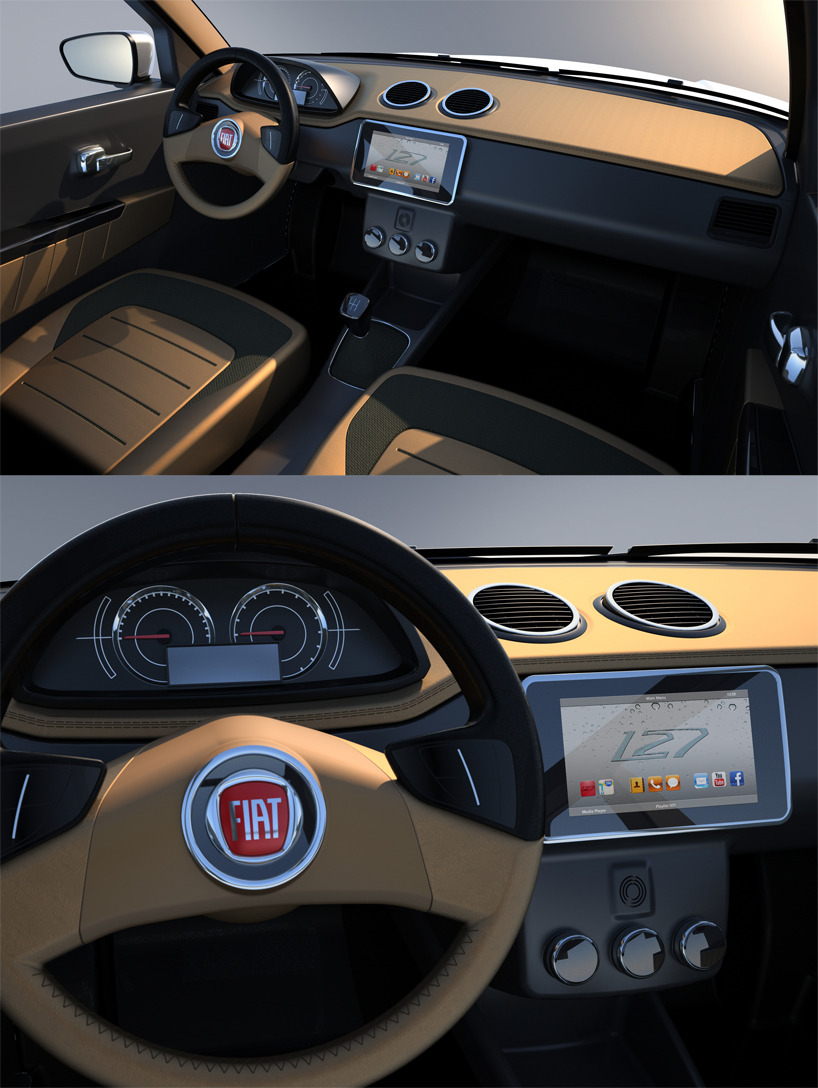 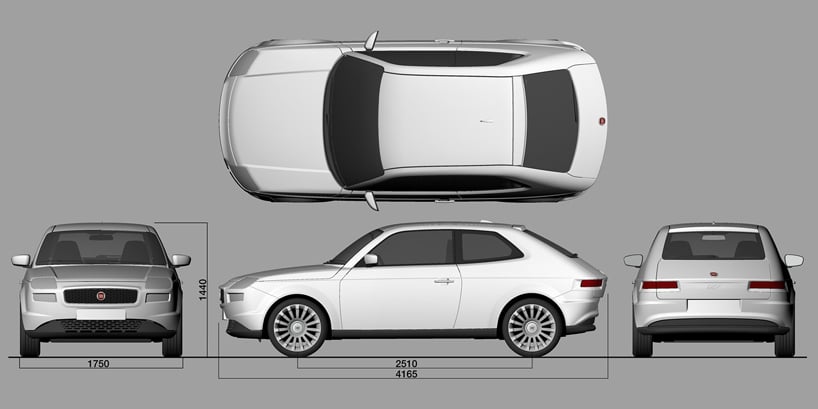 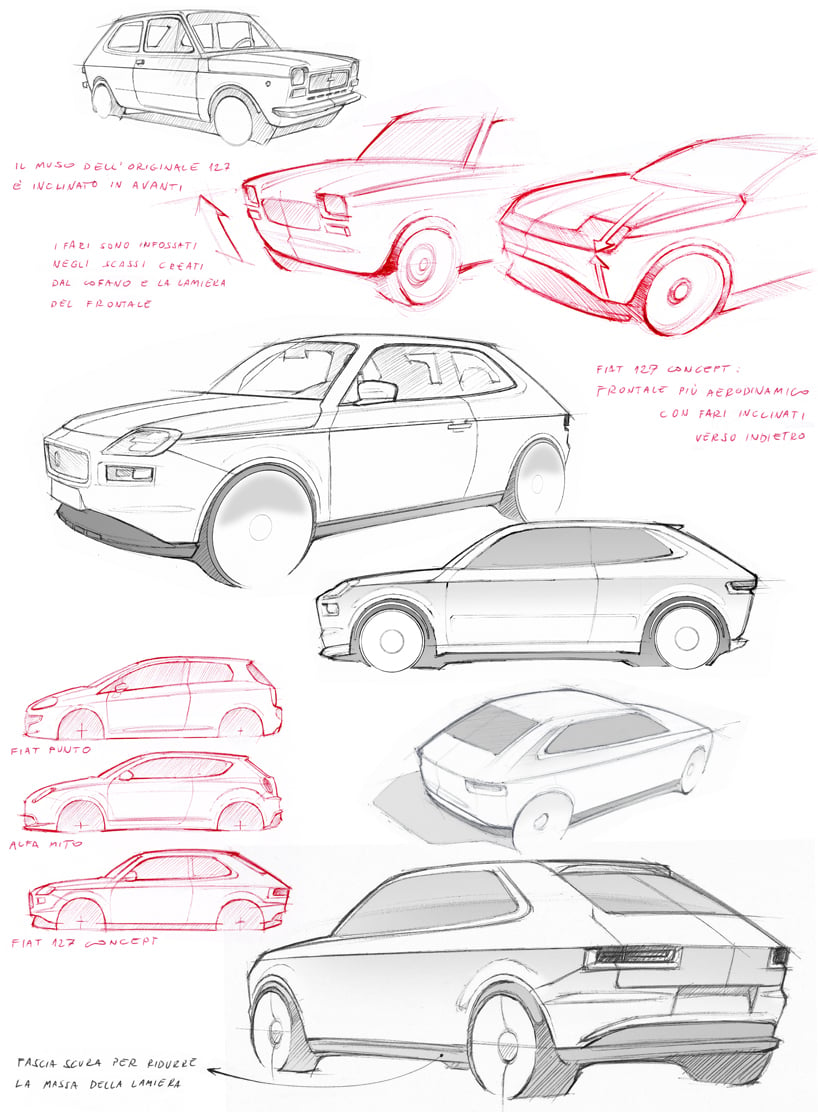 design sketches for the fiat 127 concept