‘youtube theatre’ by US-based artist aaron jones takes advantage of the public accessibility of wireless networks to create a user-run, guerrilla theatre. visitors can dock their smartphones into the structure itself, which uses basic audiovisual equipment to project online media and videos browsed on the device onto a large screen.

initially constructed on the campus of the cranbrook academy of art, the theatre is planned to be installed on the site of a garage in detroit, michigan, where the existing wall will become the projection surface and the existing egress a means of structuring the flow of visitors. the choice of location exploits the presence of a physical building that can permanently contain the project, as well as draws attention to the fact that ‘the internet can potentially deliver entertainment and information into any place‘, even buildings and neighborhoods that may be run-down or overlooked. 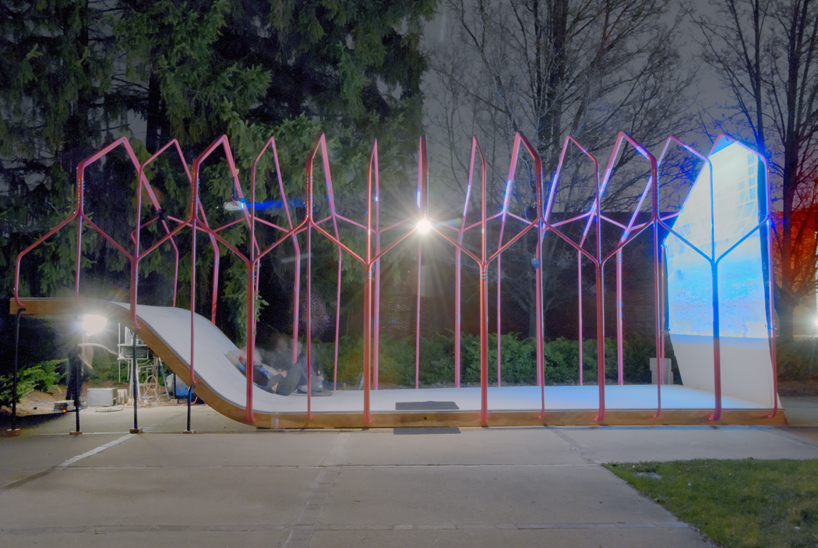 full profile view of the structure 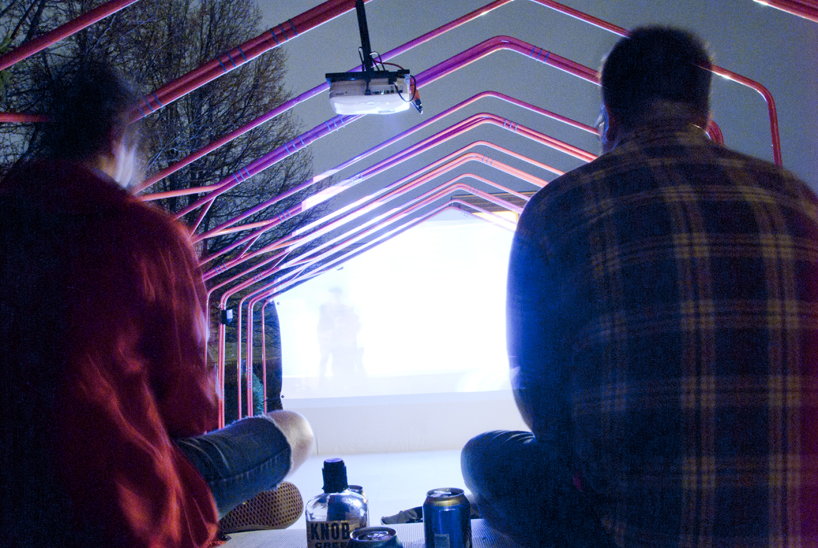 the dimensions of the theatre were determined by those of the detroit garage. the structure itself is composed of post-processed chain link fencing pipe, which the designers note was ‘selected for its inherent ability to form an interlocking system that [can be erected] in about a day‘. the walls not only provide a structural form but also conceal the audio and video equipment and wiring for the theatre.

a manual pipe bender was used to achieve repeatable forms in the material, as the structure is comprised of the interlocking of four primary shapes.

‘this consistency‘, notes jones, ‘allows for an informed input into a digital design interface that could produce a predictable output for fabrication’, a reflection on the interaction among the human, the handmade, and the digital that informs the nature of the project as a whole. 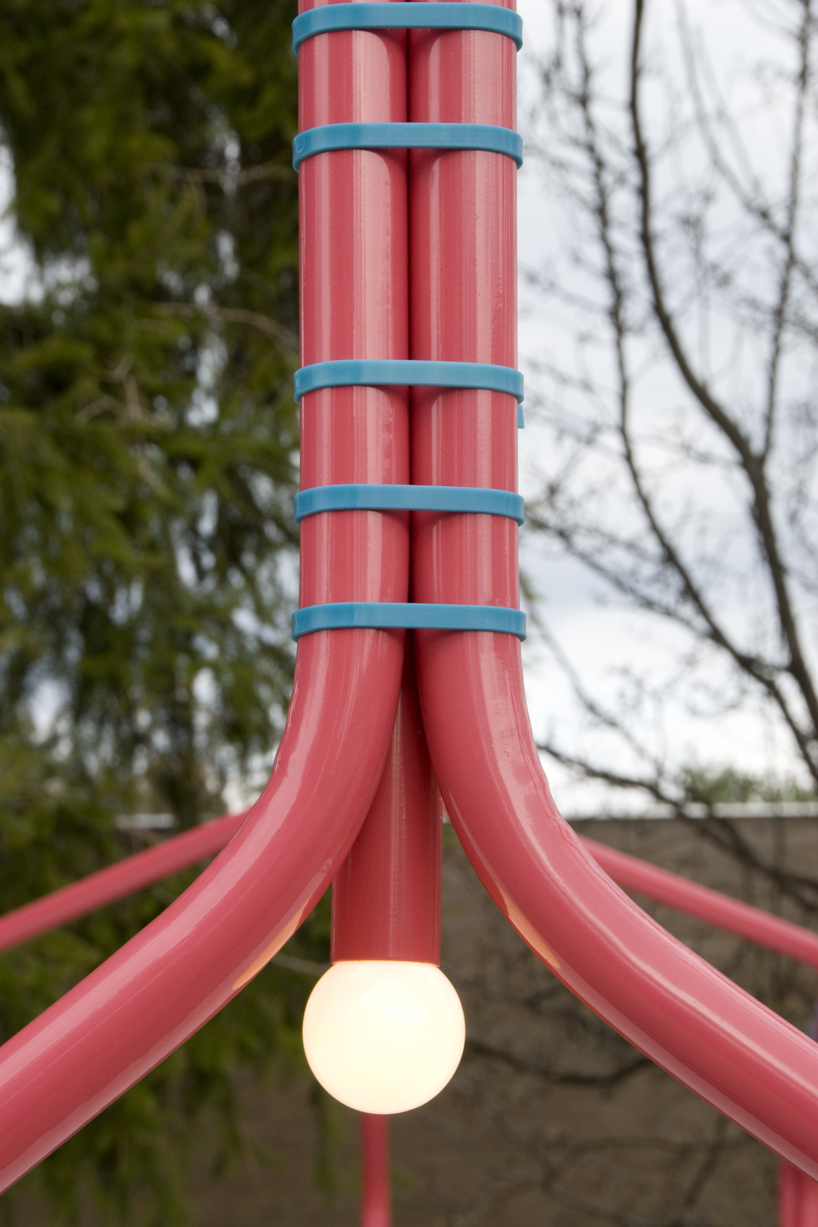 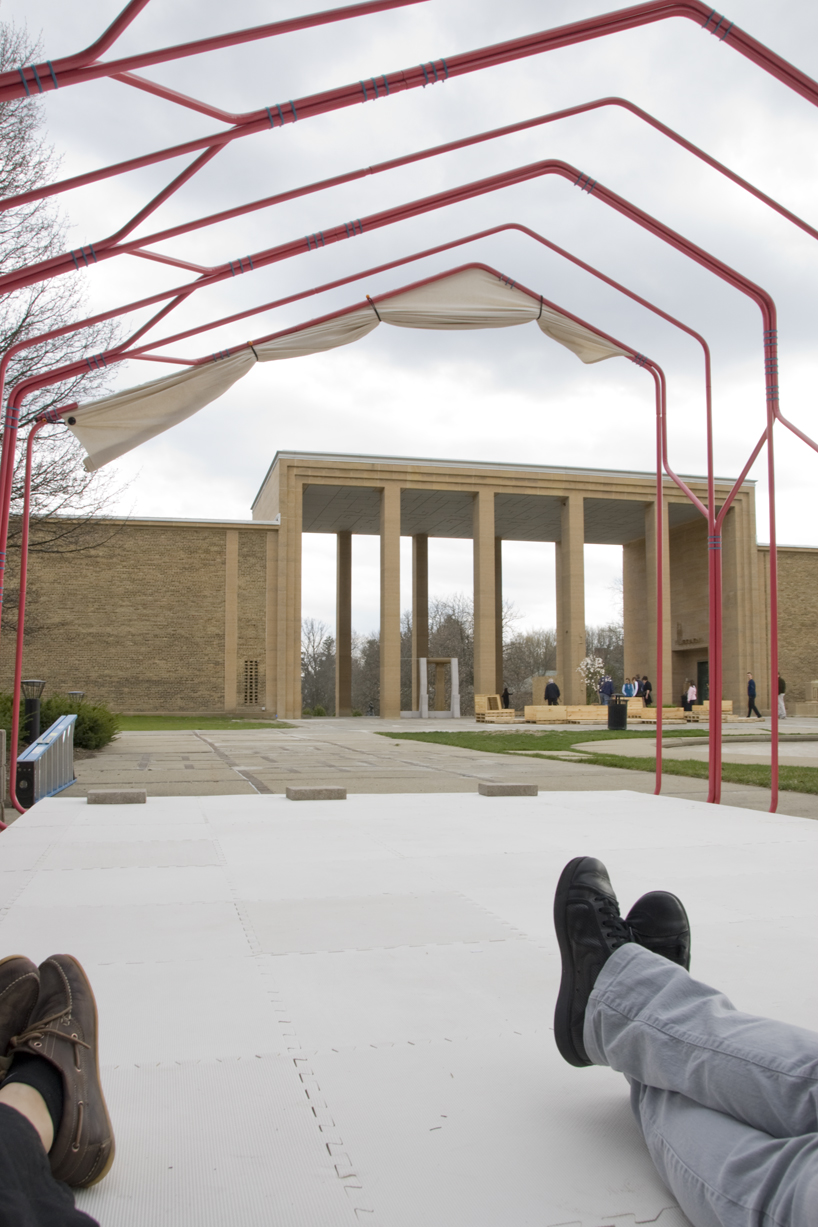 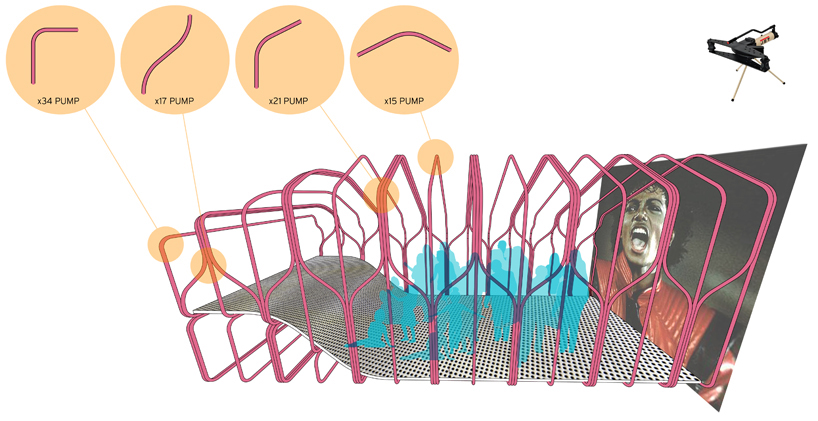 concept diagram of the theatre, illustrating at top the different ‘bends’ that form the structure 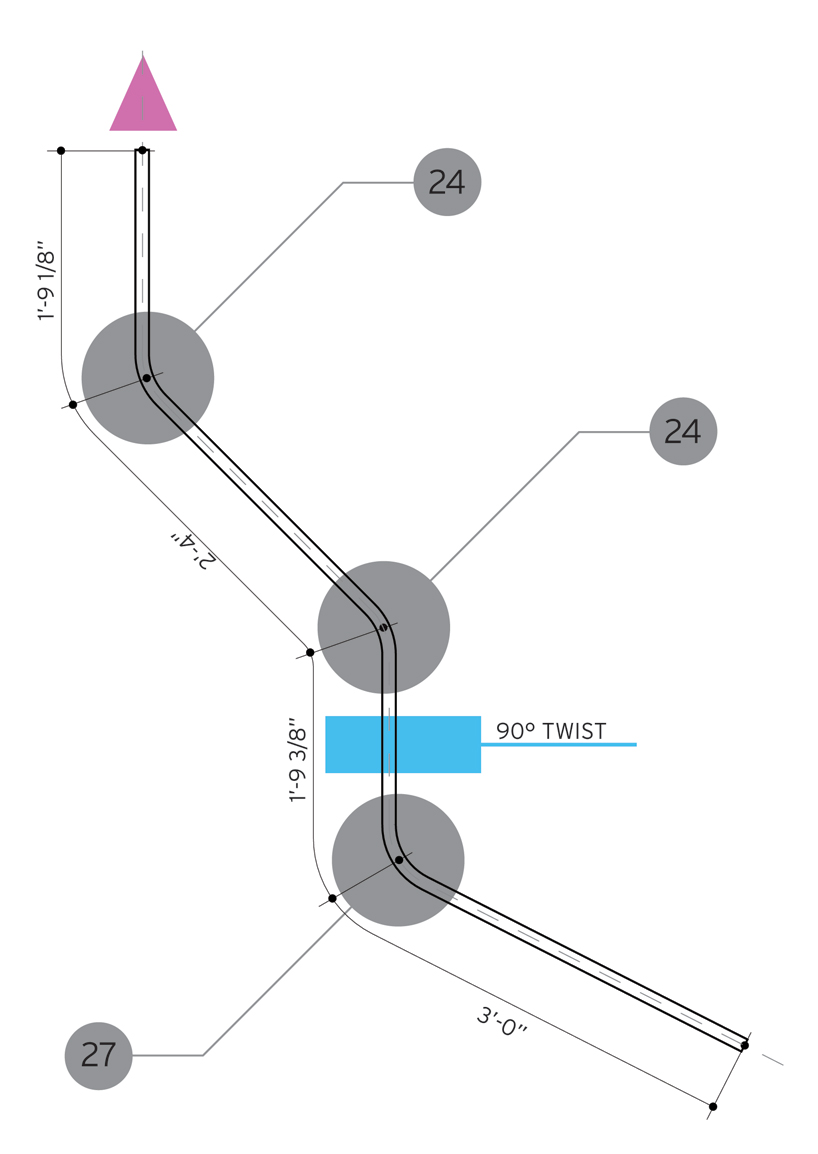 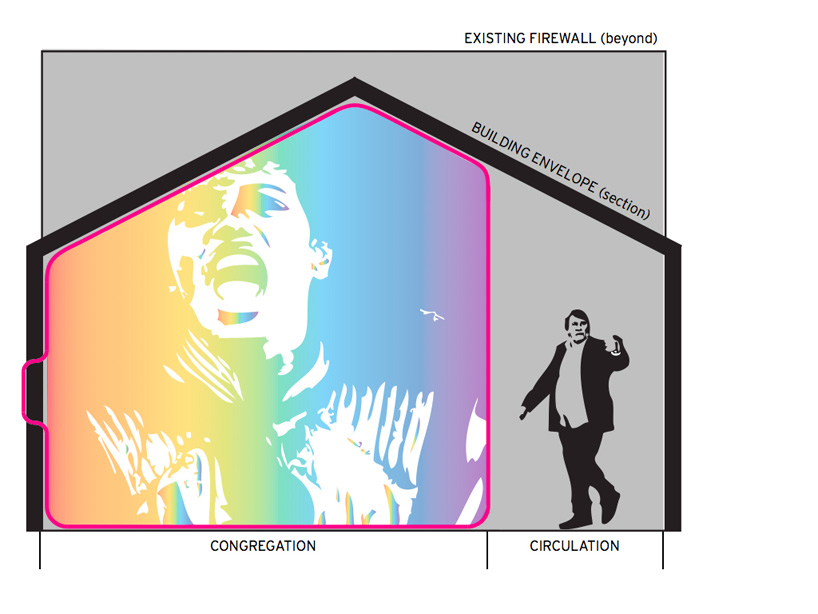 concept diagram for the ‘youtube theatre’, based on the intended final site of the installation 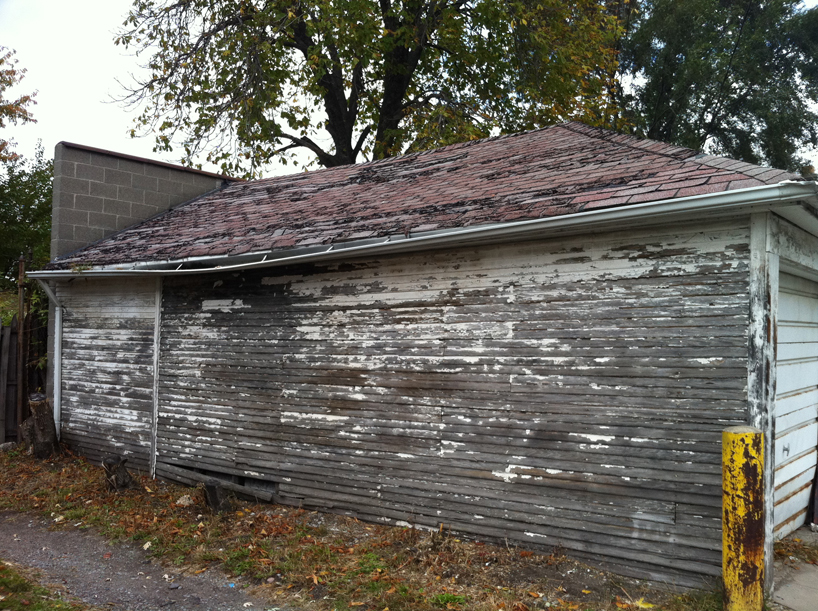 the planned location for the permanent installation 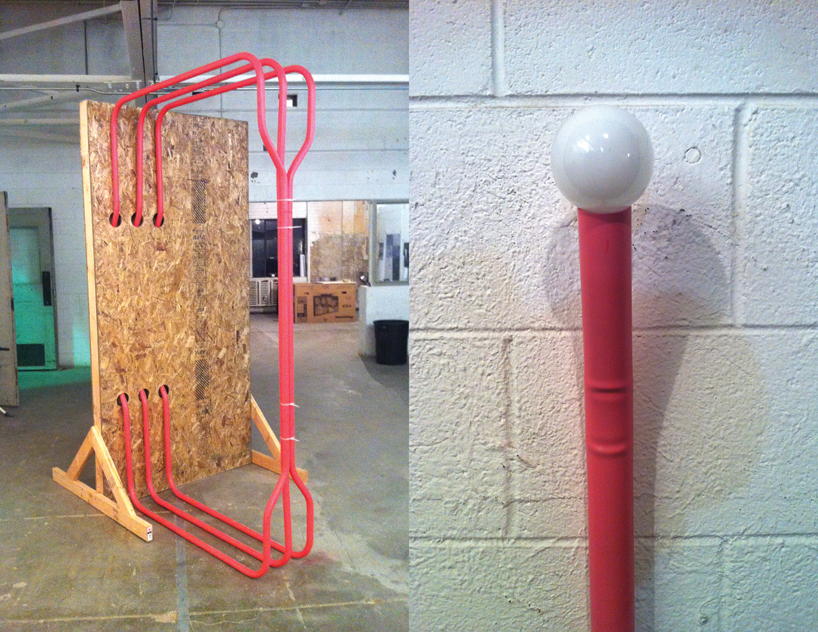 early prototype testings of both the machine and the structural material 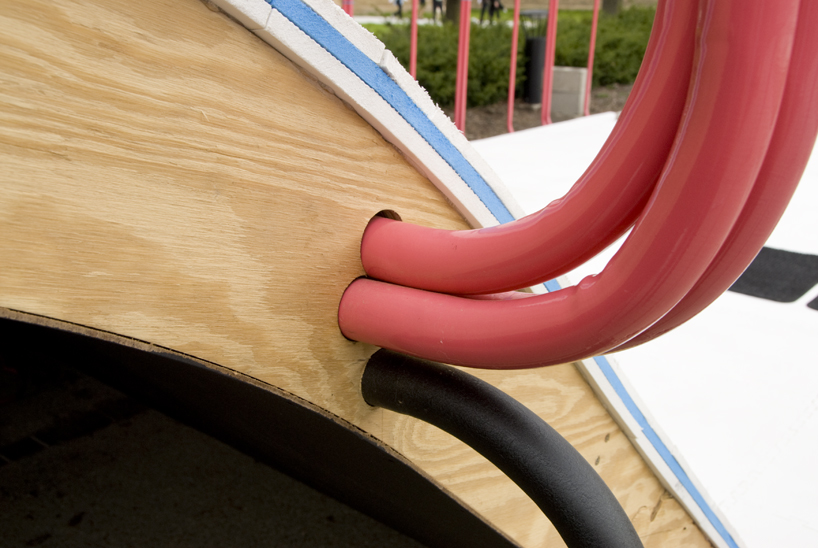 — designboom has received this project from our ‘DIY submissions‘  feature, where we welcome our readers to submit their own work for editing and publication.