after working at a fabrication lab making molding with smooth and hard polyurethane, ab denizel realized the potential to create unique products when combined with other materials. performing 20 studies over half a year later, ‘eject’ was born. the brand is a series of 3D printed, hybrid glasses that require fusing the polymer with wood. the industrial designer says about the design process: ‘at the beginning, I made molds from laser cutting on perspex. after almost 130 tests, I knew where to aim my design so I started modeling on my computer with solidworks. then I 3d printed my glasses and with the printings i made moldings so i could duplicate the glasses with the materials.’ each mold requires the implantation of wooden veneers wherever they are necessary. once all of the components have been solidified, they are removed from the molds and polished with inserted lenses.

the accessories feature soft pieces that add more functionality to specific areas in comparison to regular glasses. for example, the lack of typical hinges, earpieces, and bridges, provides more flexibility and comfort, allowing them to conform to every head. the constructs are available in multiple colors and combinations, which led denizel to the project’s name, as they provide aesthetics similar to those seen during the 1980s. 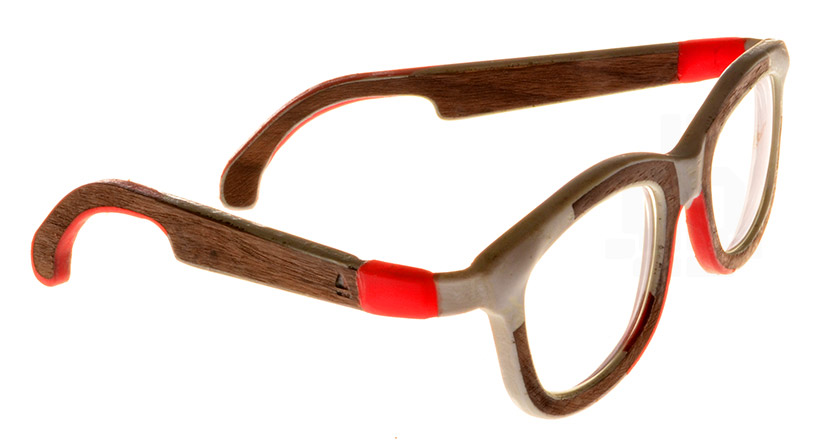 ‘elton’ glasses in grey and red 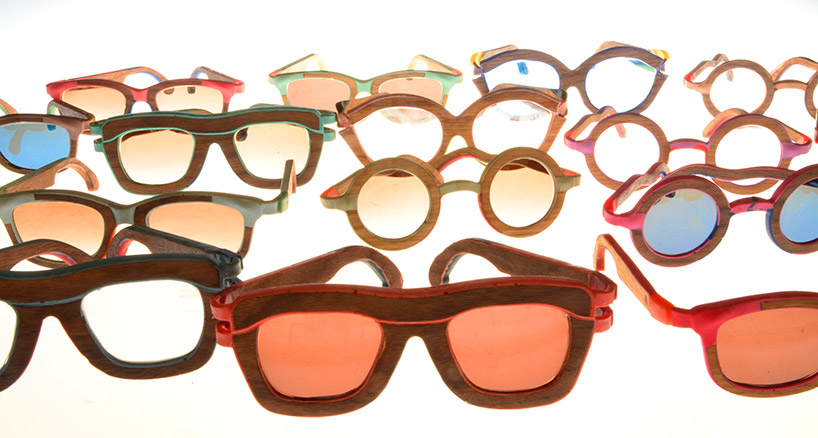 closeup of the glasses

all of the glasses together 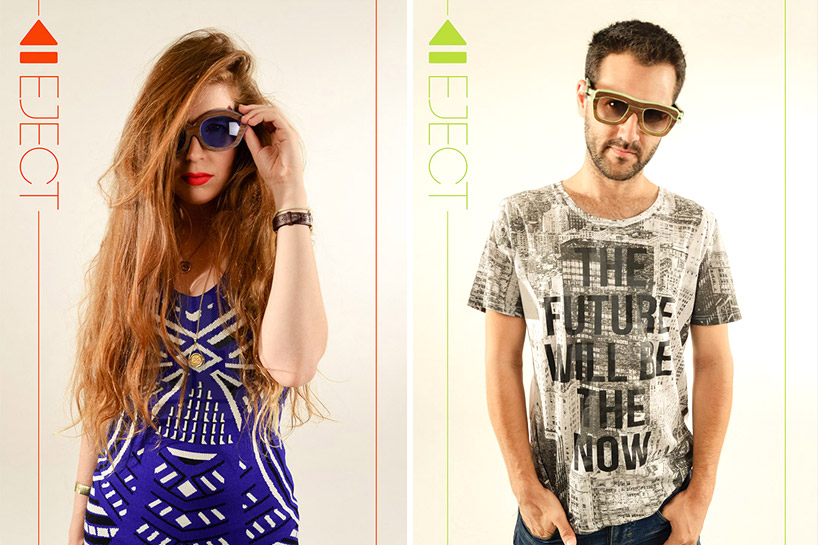 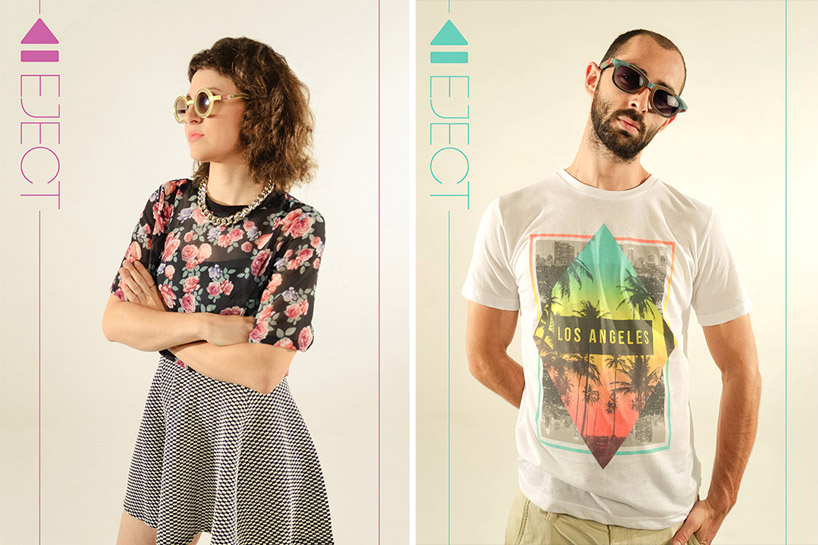 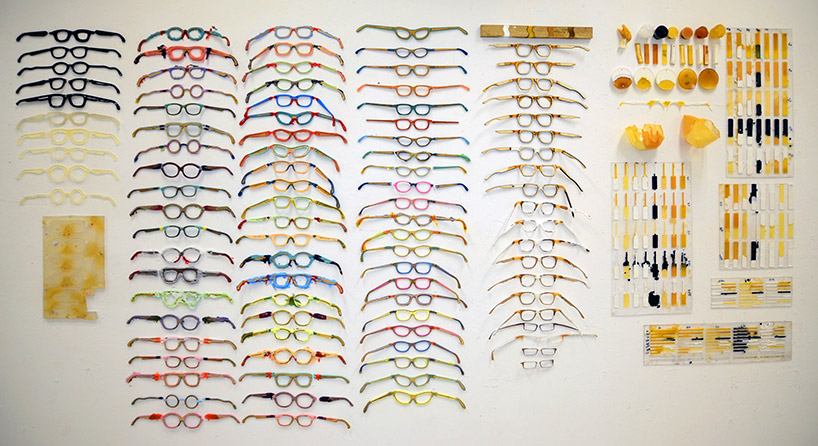 all of the prototypes and material studies 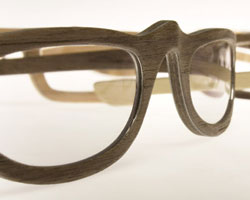 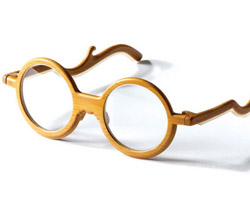