five tall exaggerated figures are arranged in a huddle, creating a temple for visitors to walk through and linger

‘seconda pelle’ at the triennale di milano documented the complete history and evolution of the A.C. milan jerseys from 1899 – 2013. with the exhibition design by studio novembre (fabio novembre), the shirt of the football club has been transformed into a symbol of classicism, strength and unity.

installed within the museum’s salone d’onore, the show featured two impressive classical busts in red, symmetrically arranged along the main axis of the room. these were sliced into separate sections and evenly spaced, the black shadows resulting in between, alternating with the intensity of the ruby colored hue to emulate the stripped pattern of A.C.’s shirt and history. the centre piece of the show came in the form of a team huddle, whereby five sculptures of five athletes, tall and slender were arranged in a circular formation, as if discussing a play on the field, their positioning and size creating a small temple for patrons to pass through or linger about. on the facade of the museum, a projection mapping executed by studio equipment effimeri, presented a continuos kaleidoscope of symbols and colors.

the book accompanying the exhibition was also developed by novembre’s studio. on the occasion of the exhibition, alongside the launch of the publication, several works by students from the academy of fine arts of brera were sold for charity. 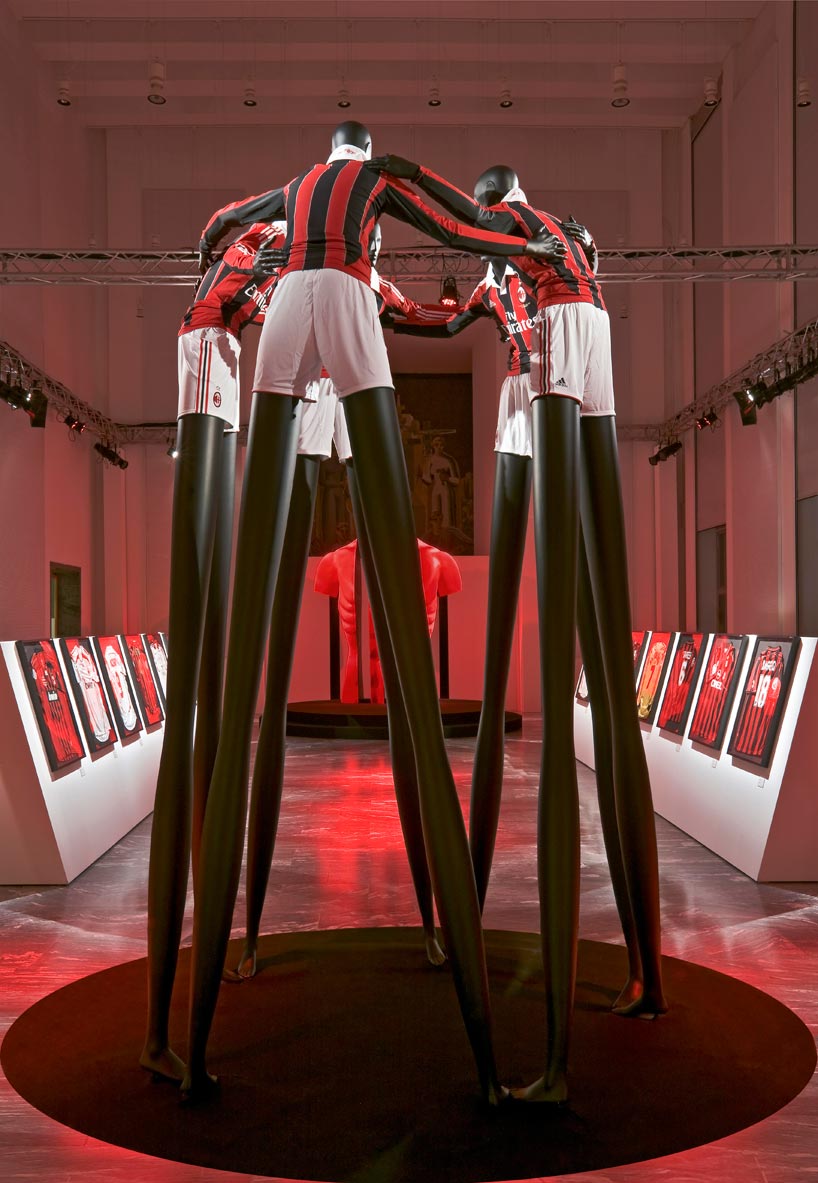 general view of the show’s centrepieceimages by pasquale formisano 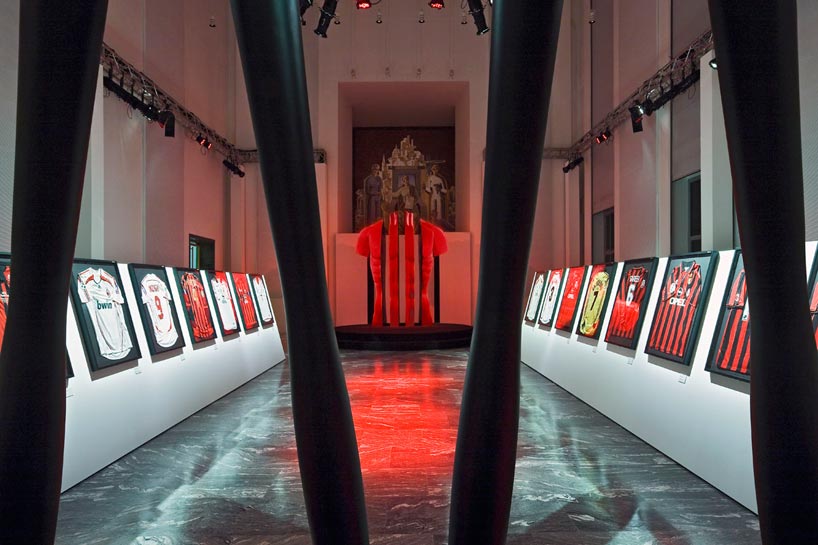 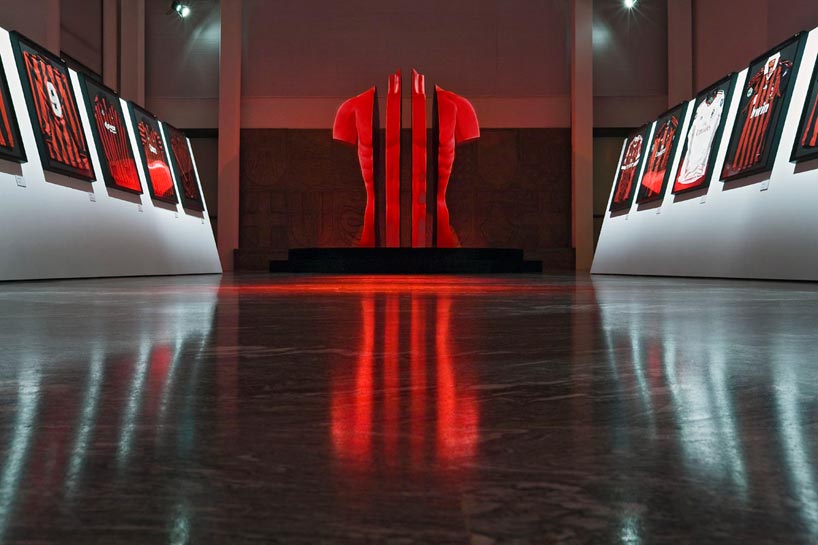 the torso parts were evenly separated resulting in black shadows, the final result mirroring the  club’s shirtimages by pasquale formisano 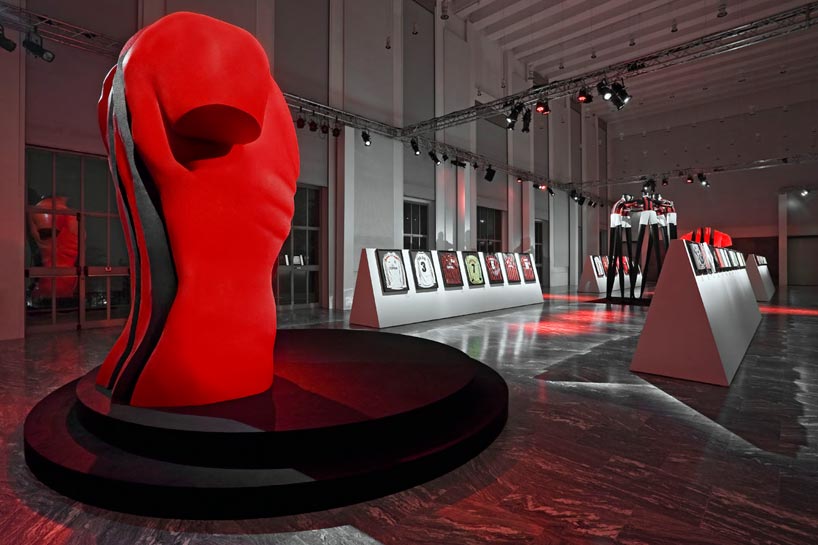 general view down the axisimages by pasquale formisano 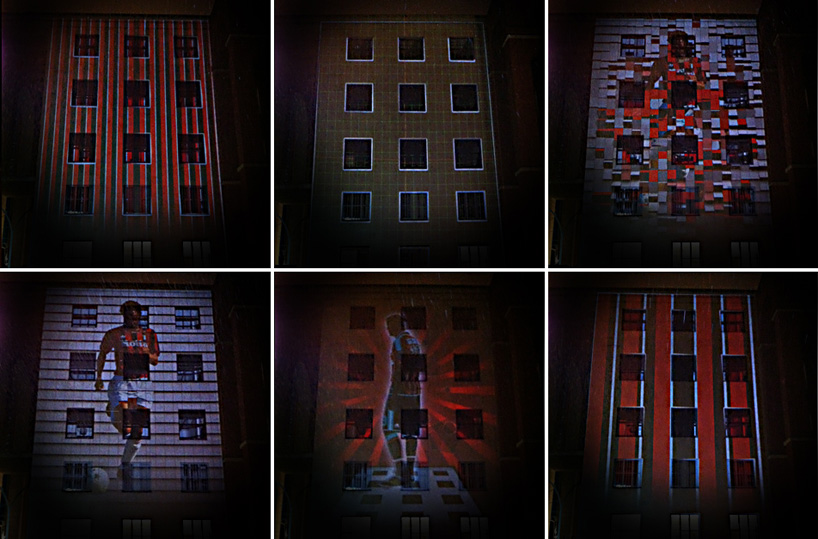 projection mapping of various issues related to the club 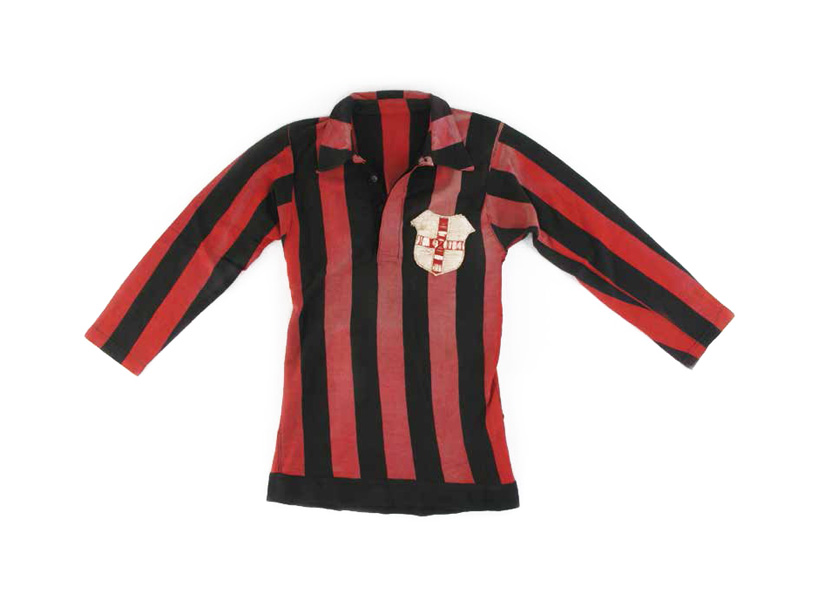 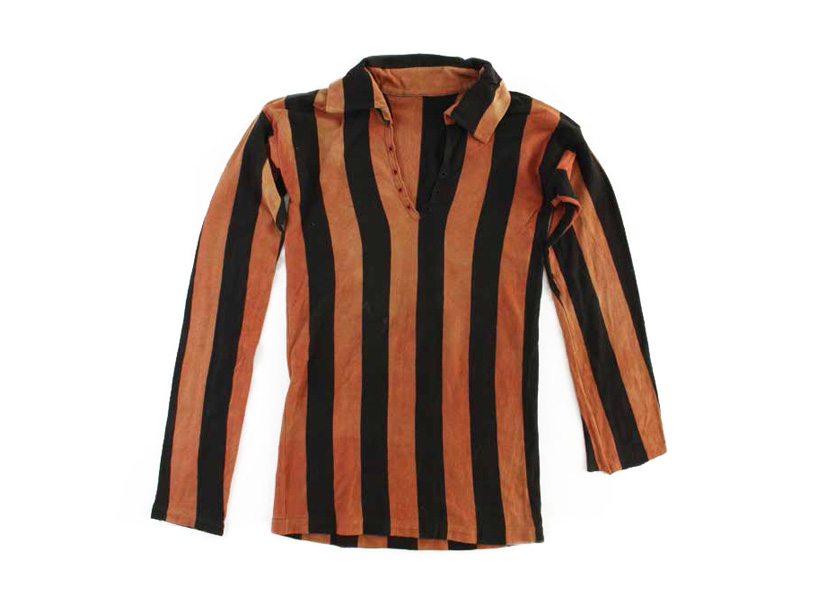 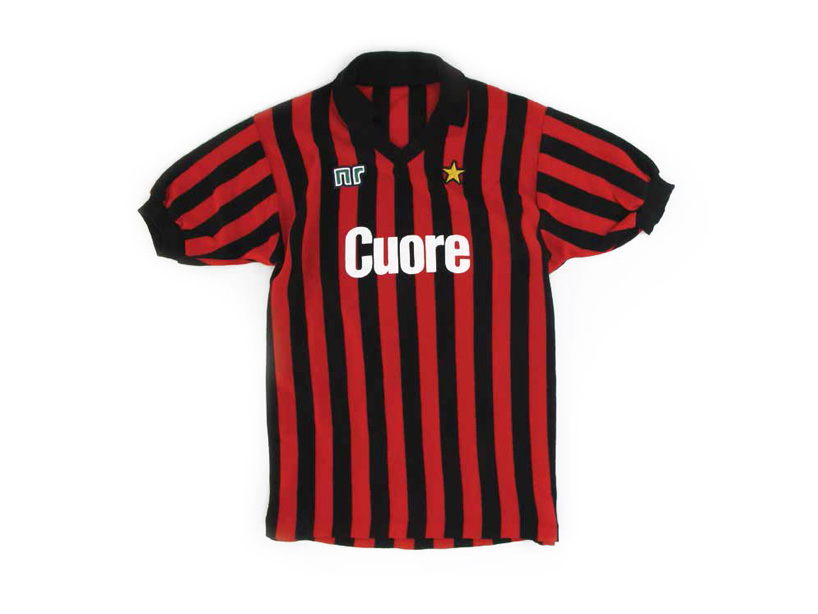