discussing a book and a teaspoon at the same time? an amusing video that depicts achille castiglioni — who has been called ‘the president of the republic of italian design’ — as he entertains the audience with natural lightness.

in front of an eager crowd, that included familiar faces giorgio armani, enzo mari, vico magistretti (and many others), presenting a book that talks about himself and his projects embarrassed him slightly, he never wanted to be pretentious.

castiglioni gave everyone a tiny moka spoon that he ideated for alessi in its golden years and, with amused eyes, explained how the main design component is a critical observation on the rationality of the object, and the key to understanding the project itself. the items he designed are the outcome of curiosity, humanist culture, intelligent experimentation, technical expertise, and aesthetic sensibility. above all, they always accomplished their practical purpose. how to ‘serve’ people with useful objects was something that in 2000 still sounded ‘modern’ to everyone — meanwhile in today’s proliferative ‘lifestyle storytelling’, the grandeur of a teaspoon no longer attracts an audience. 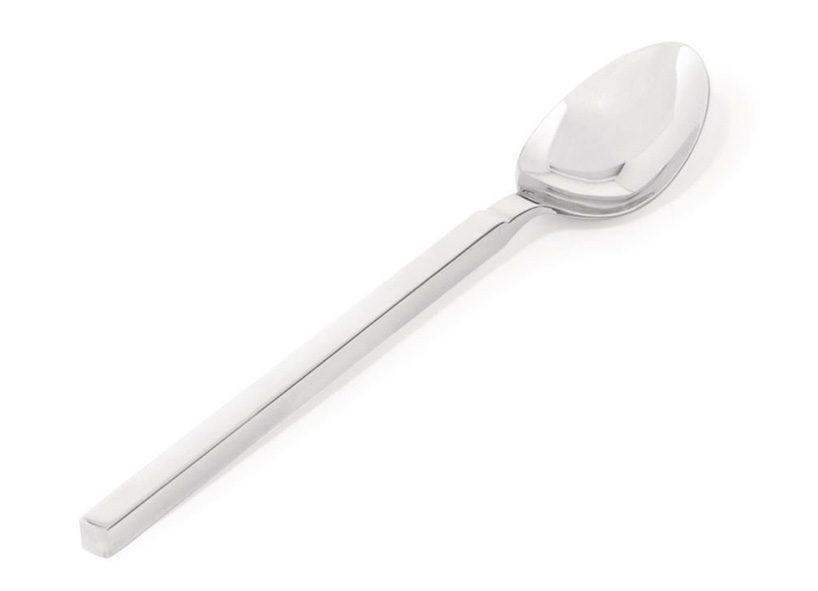 ‘dry’ moka spoon (for expresso) by achille castiglioni for alessi, 1981

the tone of voice detaches itself from the pedantic chorus of many, and with this unedited video from the past, designboom aims to preserve the innate elegance and poetry of achille castiglioni’s gestures and words.

over 15 years, as a young designer, I collaborated with the 4 ‘project maker masters’: castiglioni was an intimate friend of bruno munari, enzo mari, and vico magistretti. I remember that they all collected found objects — a bit of everything — mostly anonymous objects (whenever they happened to have an intelligent main design component).

they often met and discussed the most critical issues of their time. in their small studios — that actually were ‘experiment rooms’ (computers entered much later) — we were asked to contribute hypotheses, questions, and doubts. that generation of designers played with ideas and enjoyed stimulating each other, but then knew how to pull the strings individually.

many of achille castiglioni’s projects utilized already existing components. in particular, he collected pieces that he believed had a singular mechanism. sometimes he even took them to university, and invited his students to reflect on its ingenious solutions. there were entire lessons on a japanese soda bottle with a built-in glass ball closure…

I filmed achille castiglioni in 2000 at the armani book store in milan, where he presented a monograph that documented his long career. edited by paola antonelli, who had curated a widely acclaimed retrospective of the italian architect and industrial designer’s work at MoMA, the book published by corraini editore offers the highlights of castiglioni’s designs alongside playful illustrations by steven guarnaccia.


a couple of days ago, upon previewing the footage, paola antonelli reflected on encountering designboom for the first time. ‘it feels like yesterday when I met birgit in my parents’ apartment in milan, for an interview, and instead it was 20 years ago!’, she says. ‘designboom was the first online design publication I ever encountered and it has maintained the curiosity, energy, and passion that propelled it then.
happy birthday, designboom!’


achille castiglioni
was born on february 16 in 1918 in milan. son of a sculptor he studied architecture at the polytechnic in milan (where he later taught design classes). just after world war II he joined the studio run by his two older brothers, livio and pier giacomo, also architects. after livio left the practice in 1952, achille and pier giacomo collaborated until the latter’s premature death in 1968. working alone since then, achille has continued to innovate in the field of design, and has received countless awards for his work from organizations all over the world. in 1997, he was the subject of a retrospective at the museum of modern art in new york.

achille castiglioni is an excellent case study. the critical mass that he has built from his early years to maturity was nothing short of massive. he died at age of 84 on december 2, 2002. the studio in piazza castello in milan has become a museum, the achille castiglioni foundation is led by his daughter giovanna and wife irma. today, people can still admire his microcosm, with his object collection displayed in wunderkammer windows.

1999 was the year the world came face to face with a technological future; the Y2K phenomenon fueled humanity’s curiosity; the world wide web found a place in people’s homes (before most consulted it from work); google adopted the idea of selling search terms (in 1998) and went live… around 2000, the search engine rose to prominence.

in the midst of this culturally tectonic period, among mostly ‘forums’ or scientific publications, designboom has been the first REAL online magazine (no publishing software was available, we had to learn coding. readers went online via a modem -slow connection- and even for articles with the tiniest images, consultation was rather expensive). we were practitioners in the fields of architecture and design and initially were devoted mostly to these communities, but our constantly-evolving cultural project included very soon art and technology news.

for twenty years designboom has united and promoted creatives from around the world, excited by the ideas of small practices, independent makers, enthusiastic students, and and the biggest names in business. driven by curiosity, passion, research, expertise and hard work, designboom embraces a broad definition of art, architecture, technology, publishing the latest and most relevant projects in these fields to a global audience of 3.5 million readers. online since 1999, designboom is the first and most popular digital architecture, art and technology magazine (english and mandarin), with offices in milan, new york, beijing, and tokyo.

readers are an active and essential part of our editorial calendar, through designboom’s reader submissions, creatives and makers — regardless of place, position or prestige; religion, nationality, or gender — are invited to communicate their work to a huge, international audience (180,000 active contributors). this horizontal distribution of information means that cultural conversations are developed directly by our readers, and do not follow any fixed hierarchical systems or chains of command. 490k newsletter subscriptions, see also instagram (2.6 M followers), facebook (1.2M) and twitter (1.2 M). 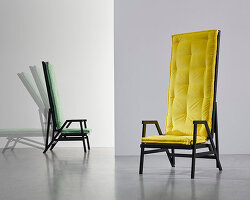 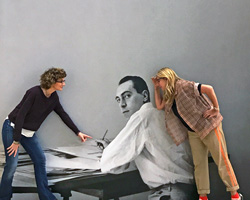 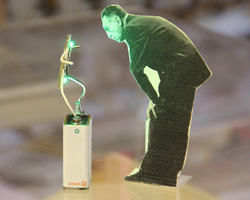