acura opens its third car design studio in southern california to offer its designers an environment to focus on the brand’s value of precision crafted performance. as los angeles is among the world’s centers of car culture, the company first turned to the city because of its global creative influences. the studio’s proximity to ArtCenter college of design, from which much of acuras team came, enables the team to stay exposed to the conceptual innovations of young creators. at only thirty years old, the performance division of honda embraces its youth with a fresh, optimistic spirit aligning with the promise to craft an exciting, performance-oriented product. designboom visited the space and met with executive creative director dave marek, vice president and general manager jon ikeda, and the team of young designers to get an in-depth look at acura’s process from conception to fabrication. 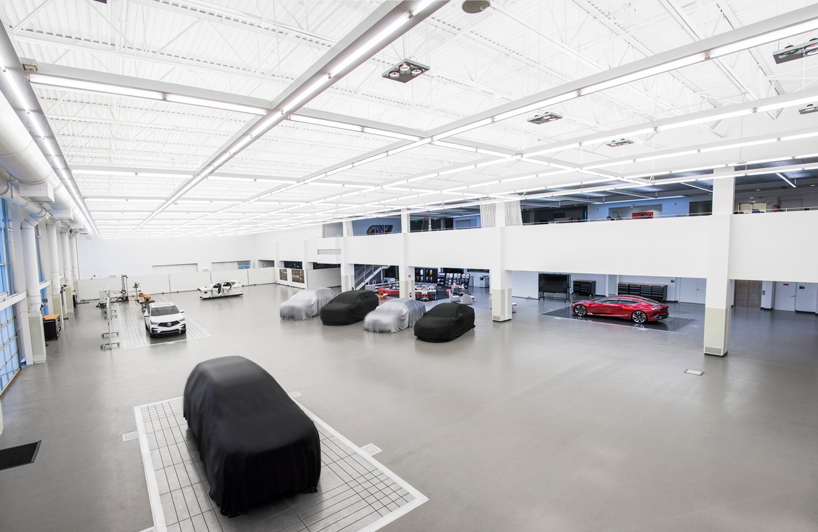 the team at acura’s los angeles studio are defining transportation of the future. as technology transforms mobility, designers have a more essential role to play in reimagining what it means to move through the physical environment. while the designers today still use such analogue methods as clay modelling and physical sketches, technology has evolved to offer new tools such as virtual reality and digital 3D sketching. with this evolution, the design process at acura has become an integrated combination of both digital and analogue techniques. while process concepts can be generated quickly without requiring a full physical mockup, the physical model offers a more comprehensive understanding of the proportions and curvatures. 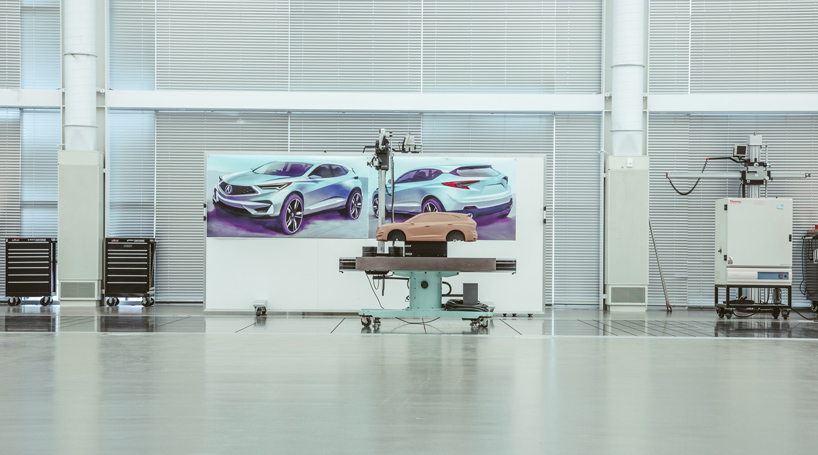 each acura model expresses a consistent aesthetic DNA. lead exterior designer randall smock elaborates on the challenge to take a precision concept and transform it across all model typologies: with a strong foundational concept, outlying qualities can be extracted and mapped onto varied proportions. in the design of an SUV, the team began with a wide stance and fender-centric silhouette, then integrated such key traits as the pentagonal diamond grill and sheer mechanical edges that blend into an organic form. smock explains the aim toward an iconic DRG, or ‘down-the-road graphic,’ which describes the visual signature of a vehicle as it comes down the road that makes it immediately recognizable. 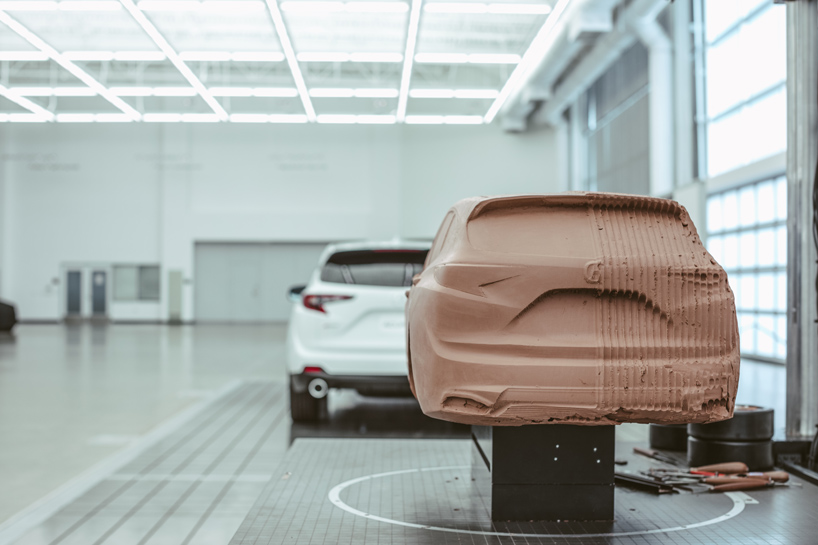 clay models are first robotically milled and then refined by hand

with a diverse set of skills across each designer, the team works closely from the initial concept development through to the car’s ultimate fabrication. it takes a close back-and-forth collaboration between digital and physical modelers to develop the body of the car. digital modeler james robbins elaborates on this process. in the early concept design phase, the curvatures and profiles of a hand drawn sketch are extracted and used as a foundation to be translated into a 3D volume. from here, the digital model can be easily manipulated with a ‘push and pull’ sculpting technique. while each modeler is ‘software agnostic,’ robbins comments that his preferred software is used typically in video game or special effects industries. from here, the digital designer works closely alongside clay modeling team. 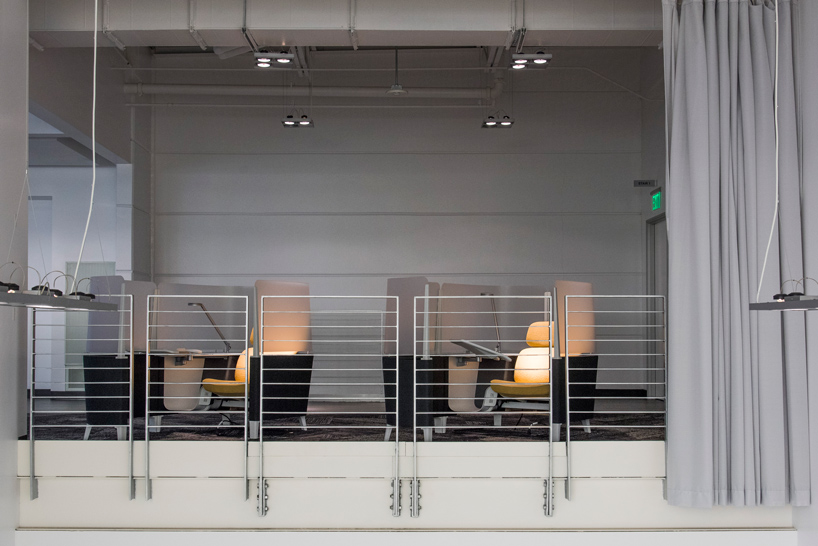 while the use of digital technology allows the team to create more designs faster, the physical modelers can offer a more complete understanding of the form in physical space. senior clay modeler matthew mantz describes his use of both digital and analogue tools. in the development of a clay model, the digital methods allow for the generation of large, foundational cuts to be robotically milled. the milling process takes nearly three days to complete. from this phase the modeler begins to carve the volume with hand tools refine each line and angle. the physical model is eventually scanned back into digital space to be analysed and manipulated further. 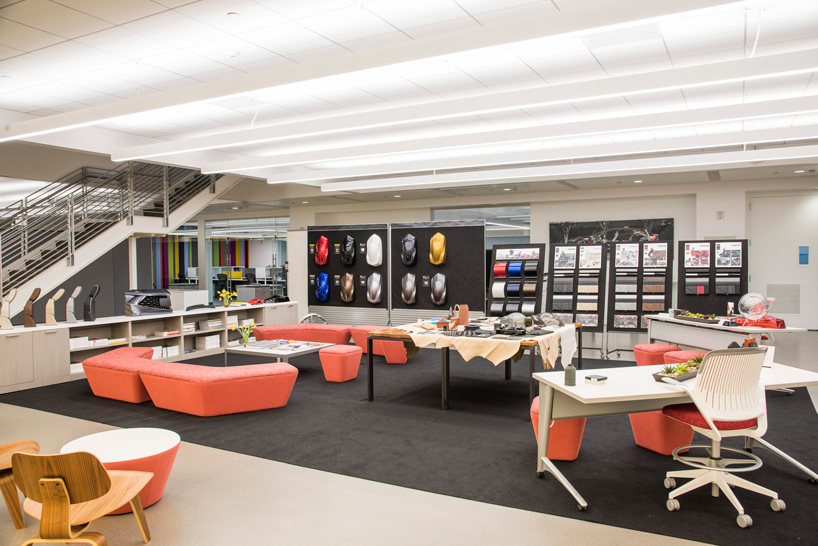 the lightness and openness of the studio space encourages collaboration 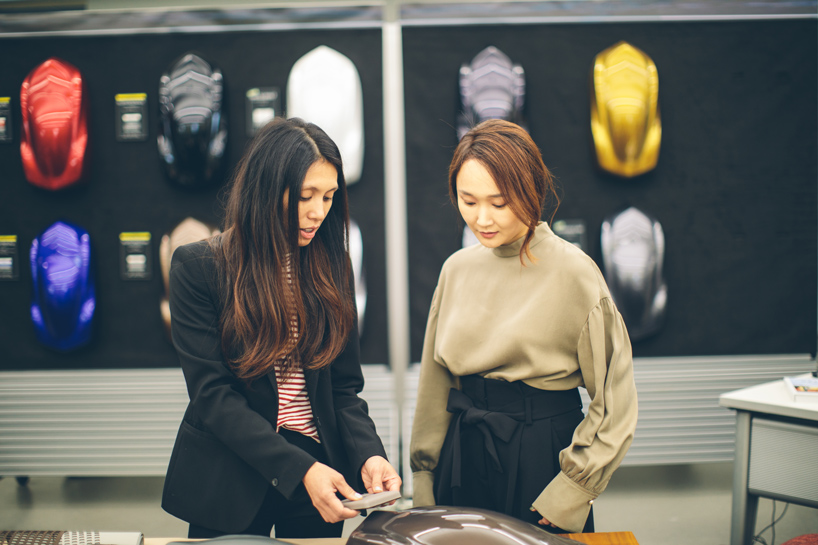 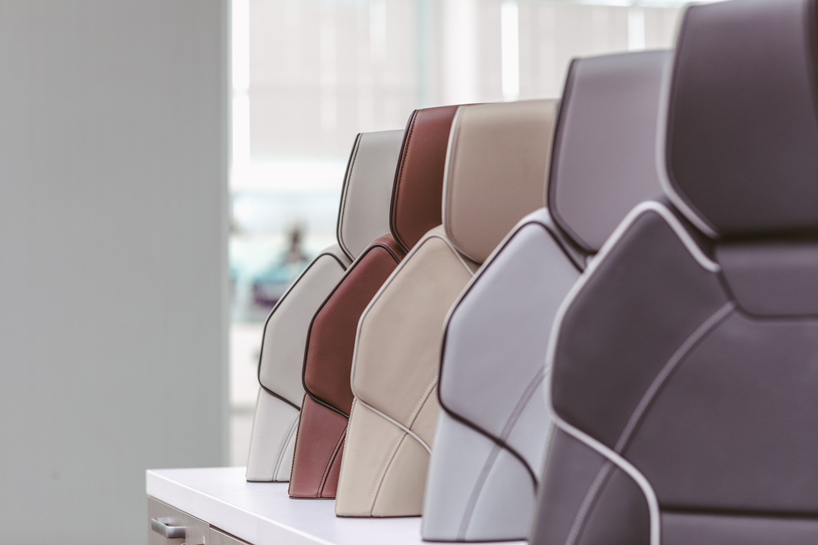 seat samples in an array of material 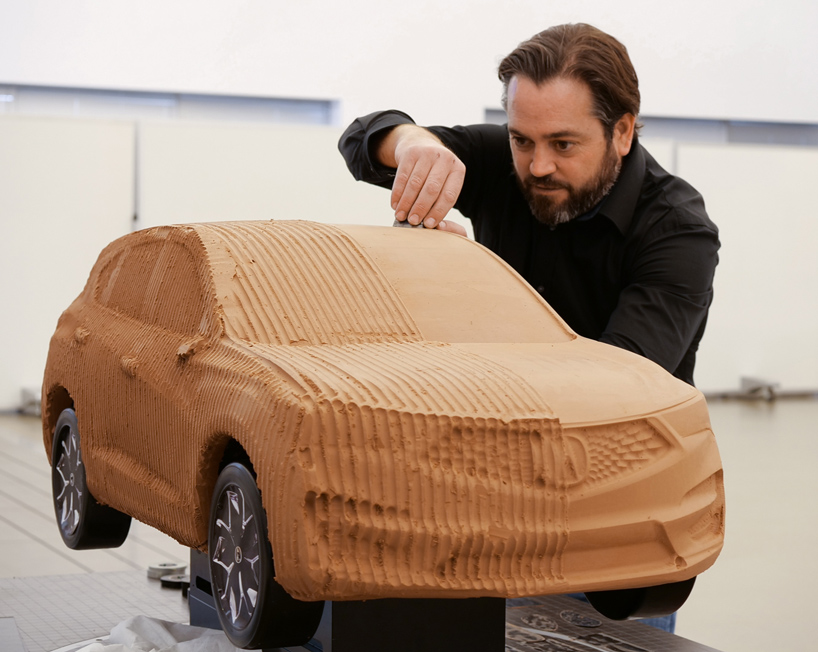 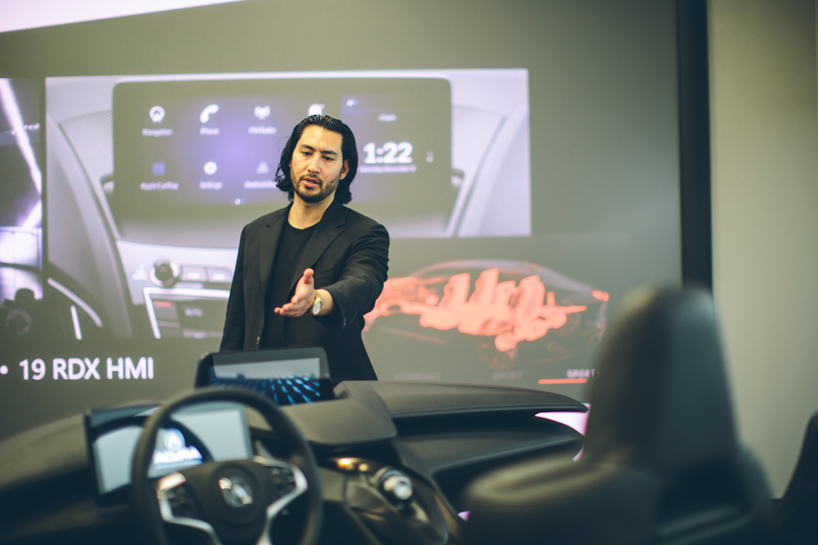 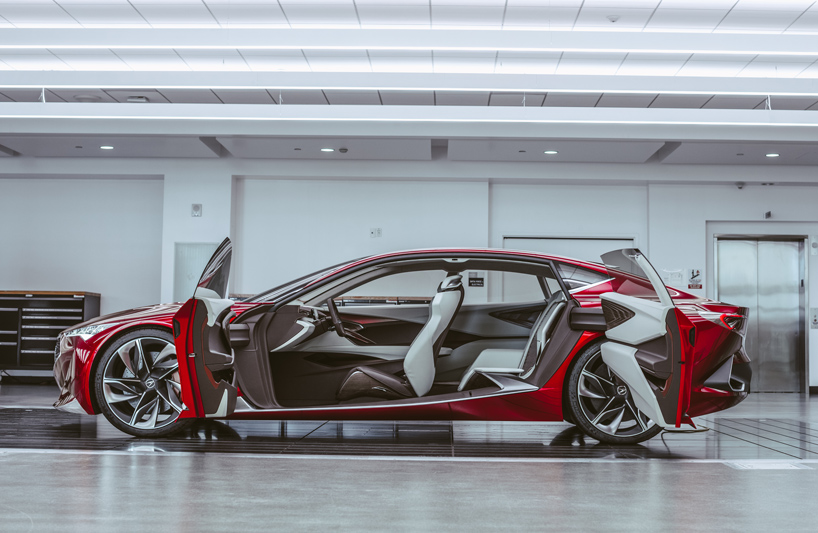 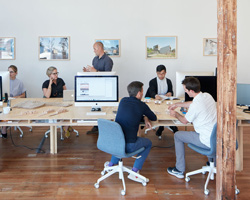 Feb 05, 2020
interview: casper mork-ulnes discusses his diverse upbringing and how to learn from history