best known as the former co-host of mythbusters, adam savage has built an amusing head-mounted dual dart blaster. the device can fire dozens of foam darts in seconds via a remote control.

‘it’s like my head is the razor crest,’ comments the actor, educator, and television personality and producer on the tested video that you can watch above.

for his next foam dart blaster, adam savage found inspiration in the motorized design of the d-dart pro blaster. he has paired two of them into a unique head-mounted form factor, and the finished assembly is as absurd as it looks.

savage starts by testing the d-dart pro’s he bought which he then assembles into the head piece. he continues by saying that if he puts more than 6 volts into the machine, and if he powers it with something other than double A batteries, he might make it faster. 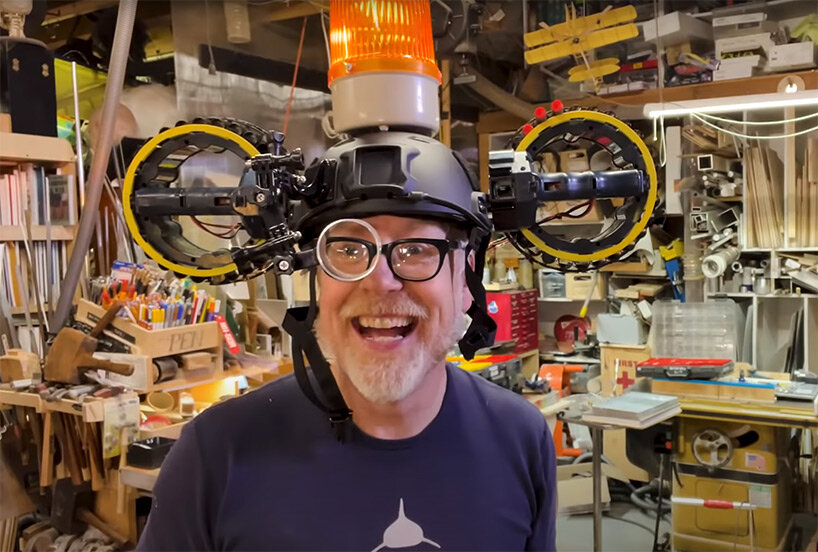 the video shows the complete process, from changing the power, to mounting the two d-dart pros, to adding the remote control feature, aiming reticule with green dot laser, and a massive siren on top.

watch adam build and test his head-mounted blaster on the video above. 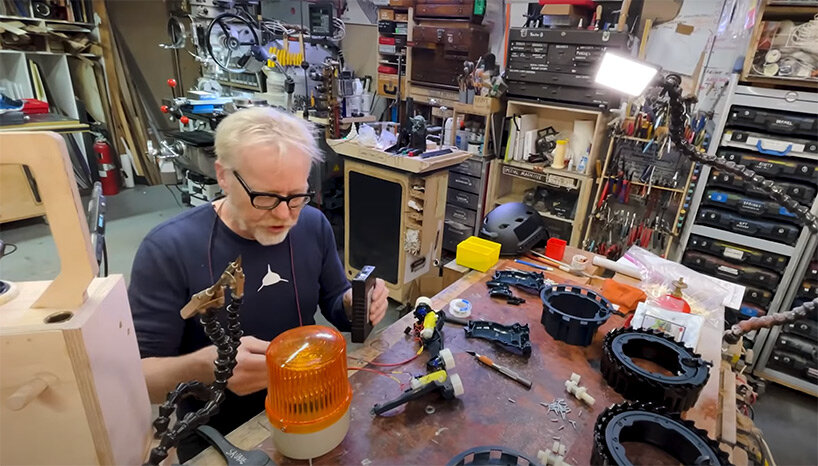