with just under one month to go until kick-off for the 2014 FIFA world cup in brazil, adidas announced ‘battle pack’, the official footwear collection for the quadrennial sporting event. the adidas battle pack features a new boot from each of the five model ranges: adizero f50, predator, nitrocharge, 11pro and adizero f50 messi. the black and white colorway is a visual representation of the adidas ‘all in or nothing’ campaign, with each cleat utilizing exactly 50% white and 50% black. the adizero f50 messi however, incorporates an added blue and white colorway, influenced by the national colors of the albiceleste. 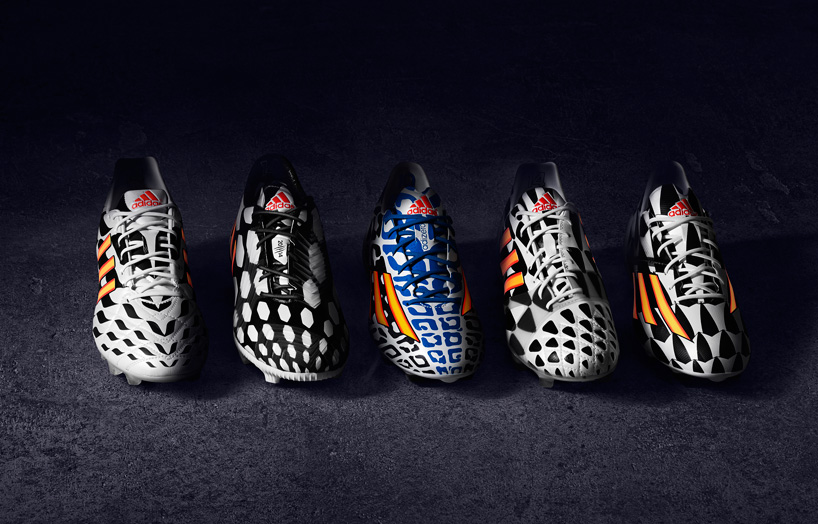 the black and white patterns of the boots draw reference from the face paint of warriors native to brazil, and the traditional pavement patterns of ancient mesopotamia on copacabana beach in rio de janeiro. the individual patterns are designed to express the attributes of each shoe, as well as abilities of the player – victory, speed, bravery, control, energy and agility. 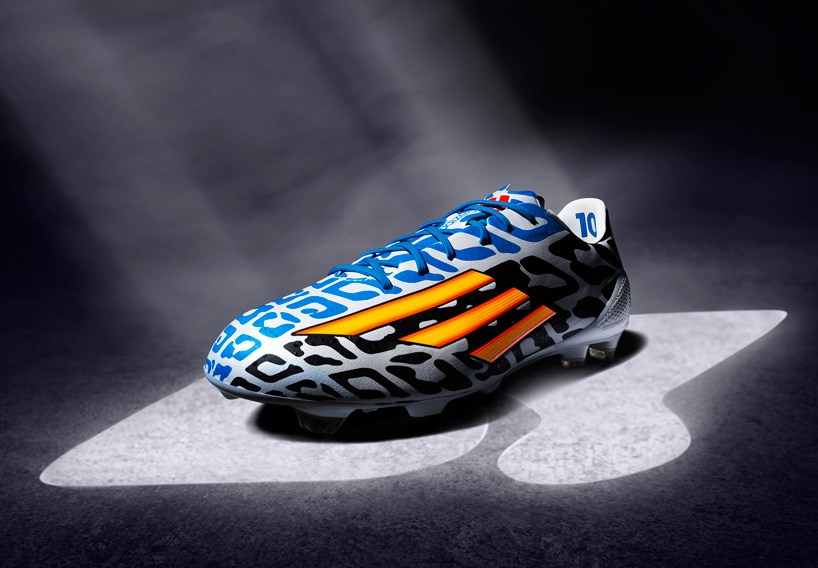 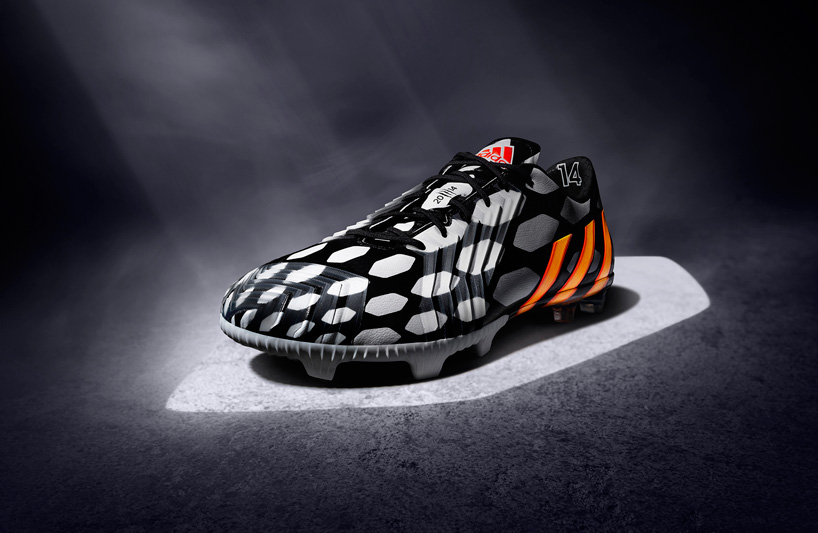 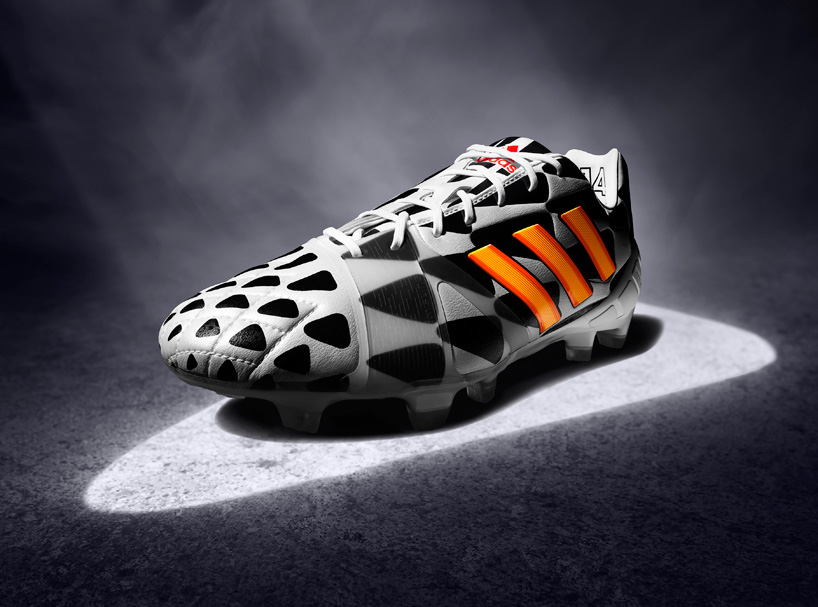 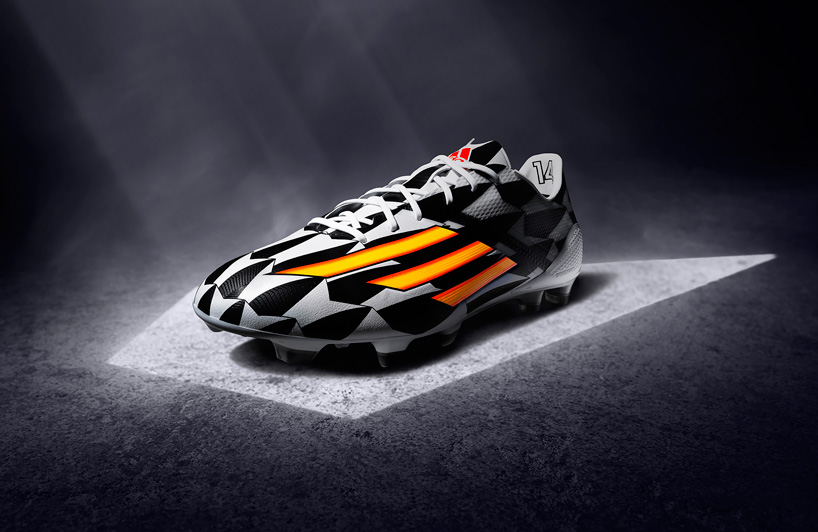 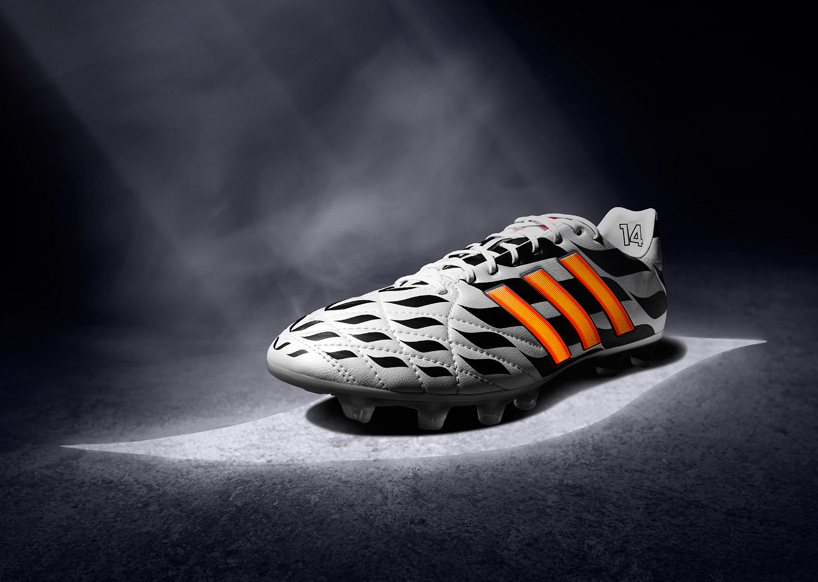 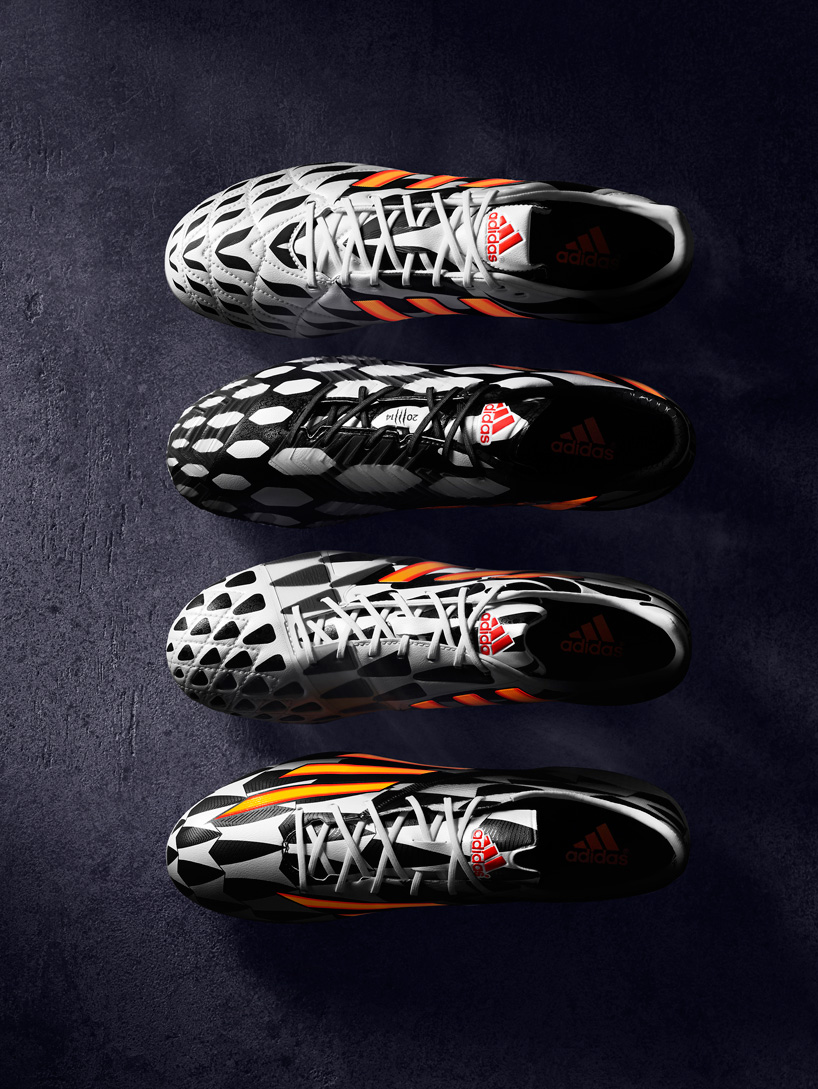