adidas has revealed a new pair of boots to celebrate the childhood of four-time ballon d’or winner lionel messi. the ‘mirosar10’ cleats are influenced by messi’s upbringing in rosario, argentina where he learned the sport and scored his first goals, before becoming a global superstar. mirosar10 translates from spanish to ‘my rosario’ with the number 10 highlighted in the name, which reflects the roots of the neighborhood he grew up in. 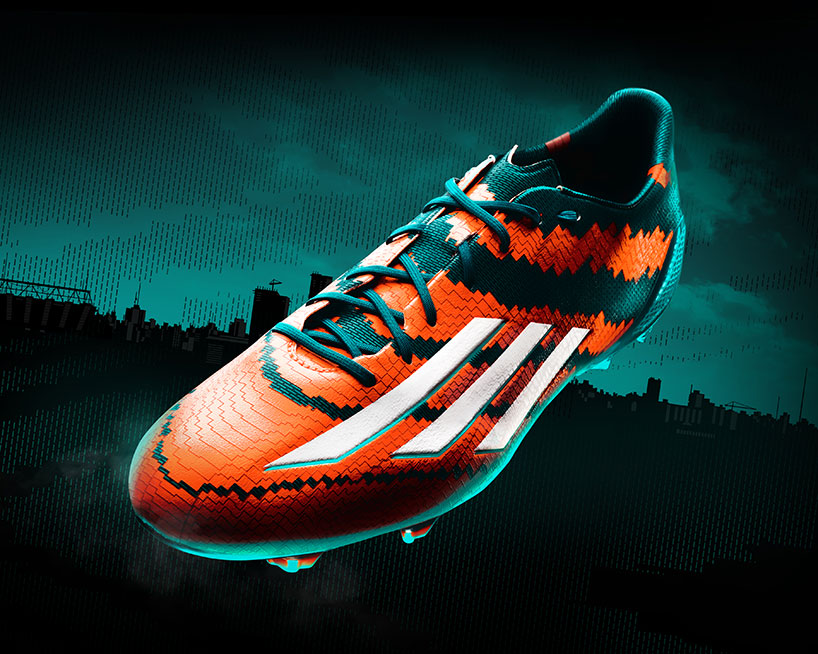 the orange of the boot signifies his first ever club, with the green representing their biggest rivals, who he scored 4 goals against in his first 11-a-side game as a youth. based on the f50, the boot insoles are printed with a map of rosario, which is highlighted throughout along with the ‘batallón’ pitch – an abandoned military base field that mess used to sneak onto through a hole in the fence to play ball with his friends when he was a small child. 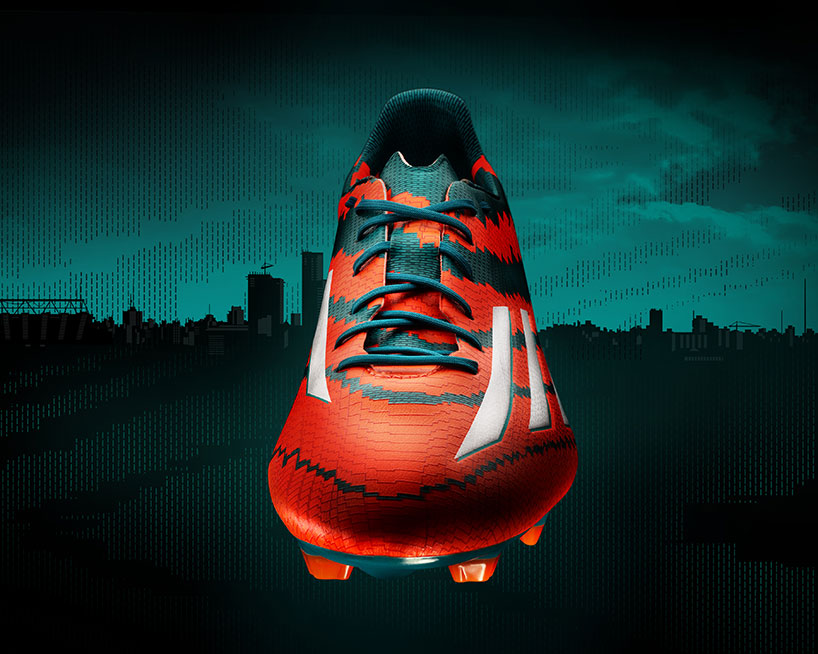 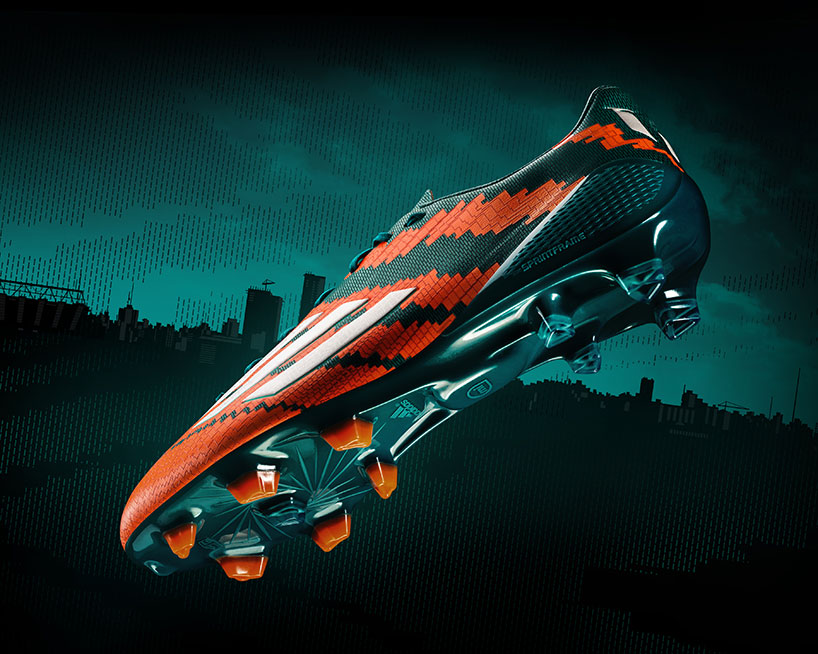 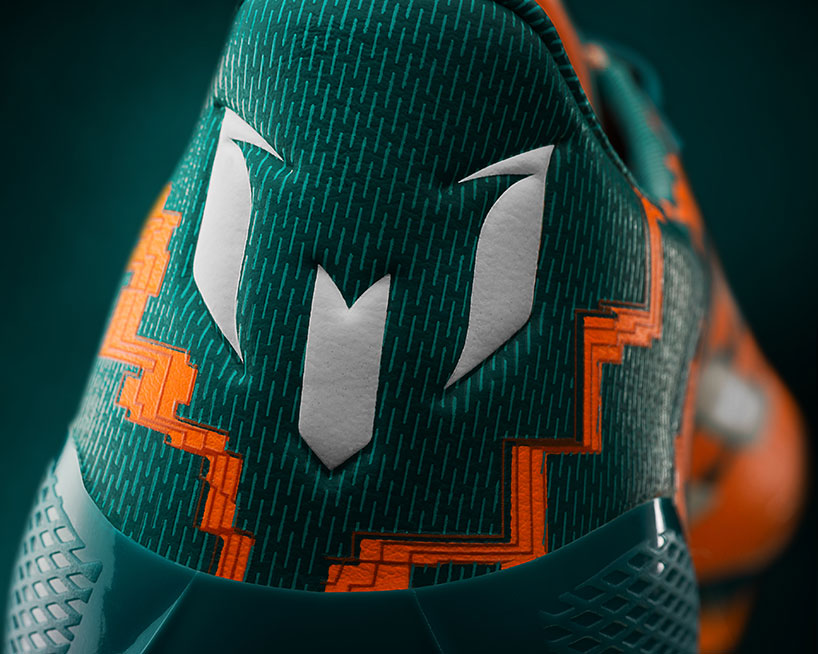 detail of the heel

Feb 25, 2021
miuccia prada, rem koolhaas and more discuss prada's F/W 2021 womenswear show and textured set
with the ambition of repurposing furnishings used for the prada's shows, the set's materials will be upcycled, finding a new life after the event.
design
0 shares
connections: +340