british illustrator and graphic designer chris anderson was commissioned by leeds-based streetwear shop the chimp store, to create replicas of their upcoming stocklist of adidas footwear arriving in 2014. each scale model has been intricately crafted using 100% recycled corrugated cardboard, featured in interpretations of the superstar shelltoe, zx700, zx8000, campus and even the tennis classic stan smith shoe. from the traditional three stripes to precisely cut out adidas logotypes, each sneaker accurately depicts the original. 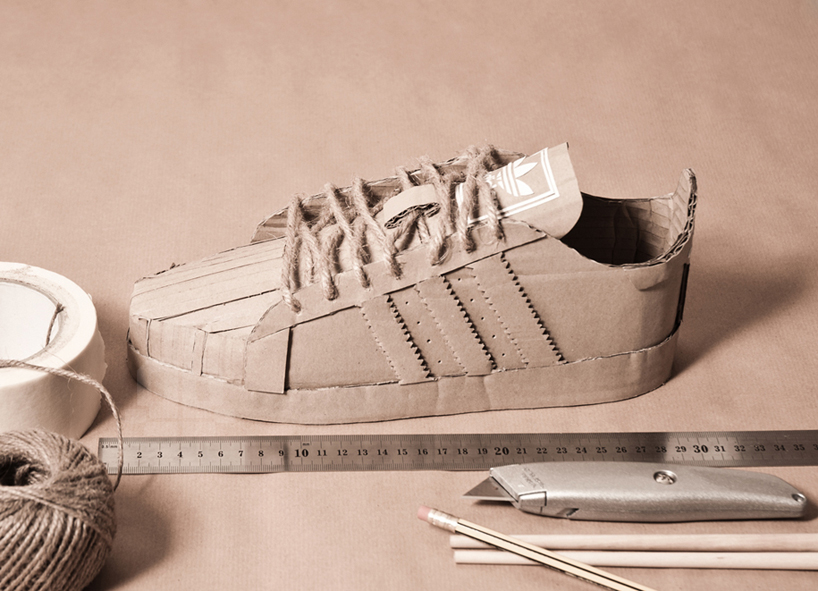 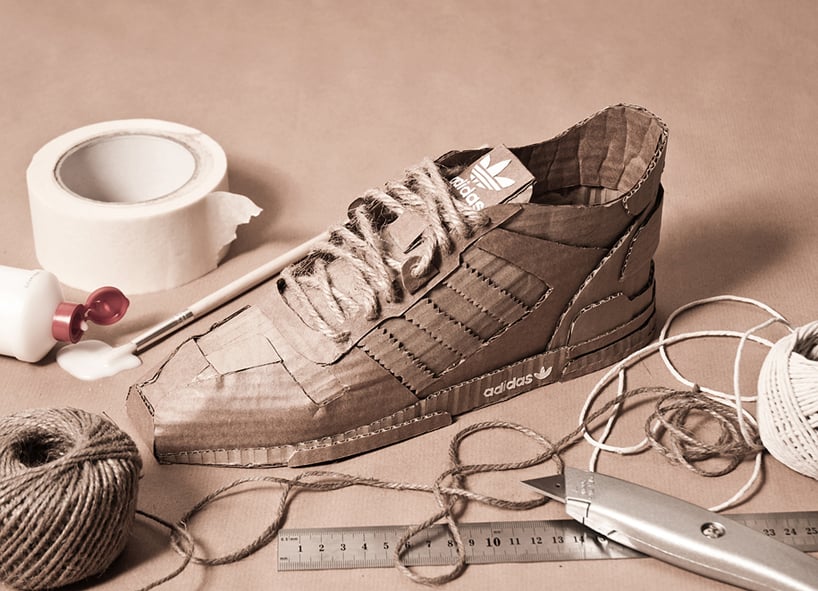 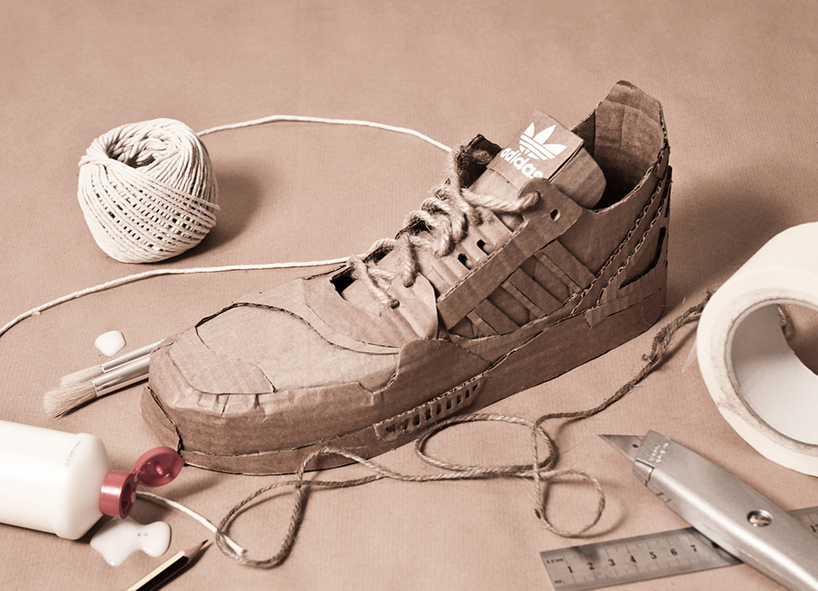 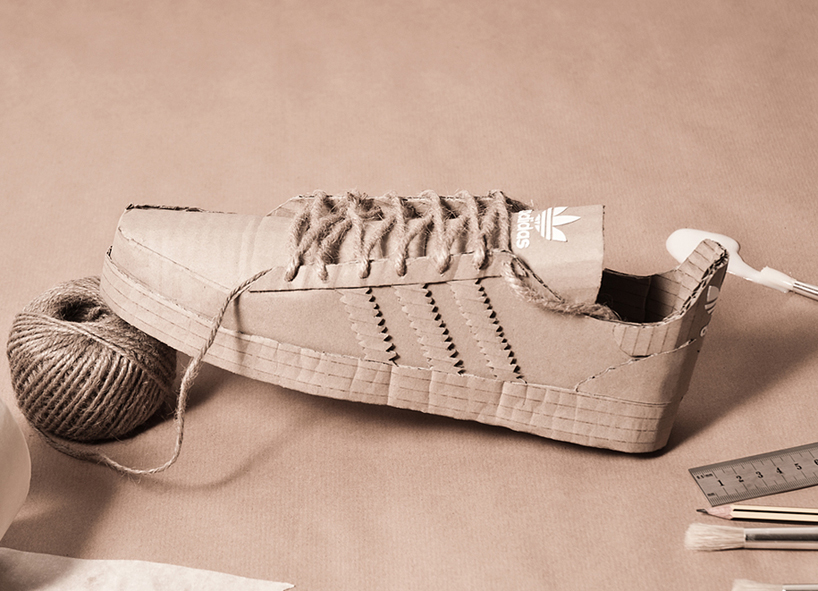