scoring 20 goals and grabbing 11 assists already in 2015, a special football player like leo messi deserves an equally exceptional pair of boots. the latest set, the adidas ‘pibe de barr10’, are just that, sourcing its pattern from the barrio of las heras, rosario, argentina, where he first learned to play the beautiful game. those streets and pitches were where he first began his journey to becoming one of, if not the world’s greatest player. in collaboration with the rosario-born graphic artist ignacio valentini, the design pays tribute to messi’s childhood, fusing raw brush strokes with polished sleekness and reflecting his dazzling yet dangerous footballing style. 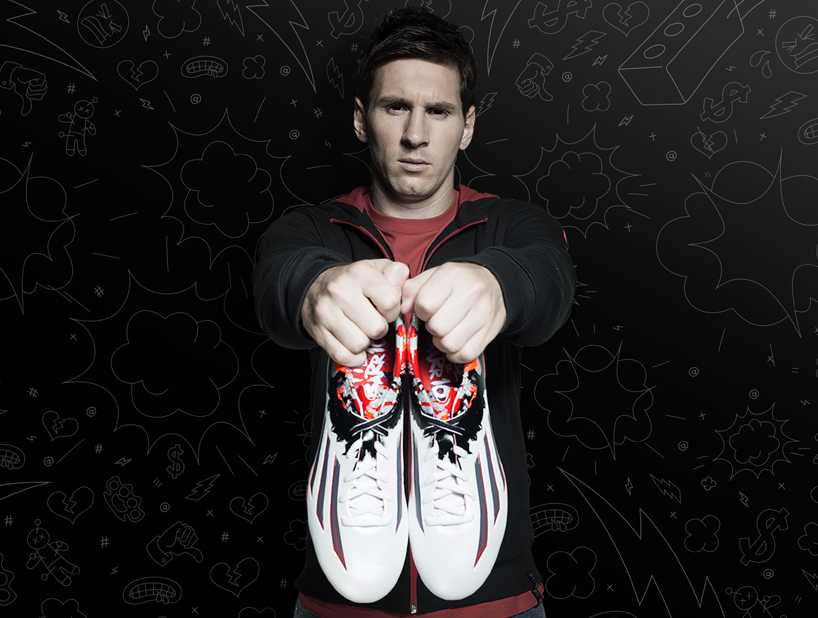 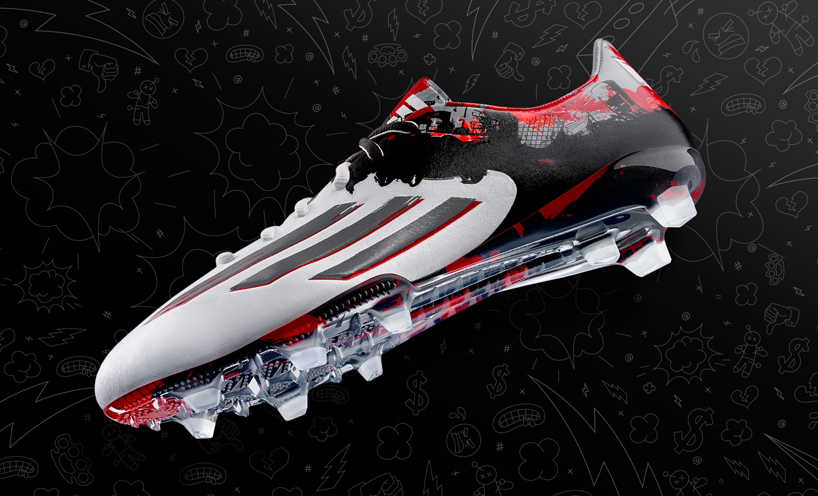 ‘the idea was to create an artwork which coud merge the originality of leo style with the authenticity of the place which saw him grow. roots of the place he was born and raised.’ said artist ignacio valentini.

‘his playing style was represented by swift , instinctive , unexpected brushstrokes, as if to imitate his “messy” moves on the field, sudden changes of direction , explosive acceleration or just a masterful touch that would missplace anyone trying to stick around.’ 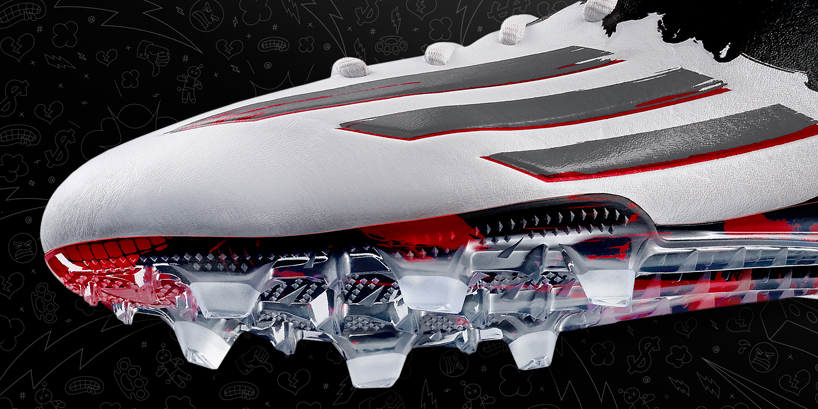 the front has a polished sleekness to it

‘I love to think of leo as an artist, his canvas is the court, brushes are his legs, the ball…his muse, and when he scores…his masterpiece.’ added ignacio. 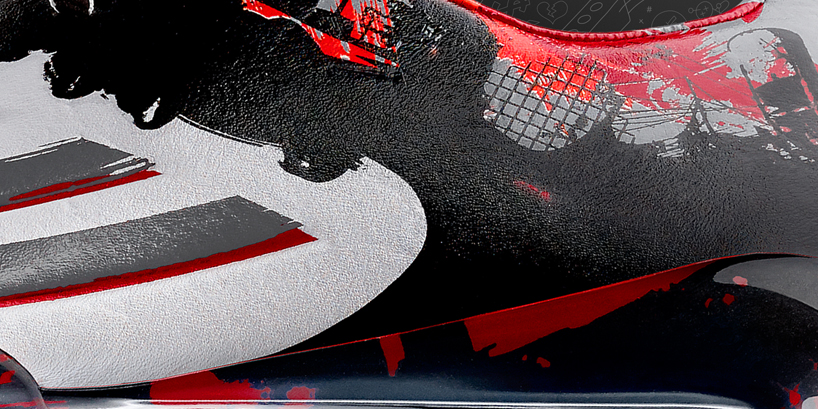 a close-up of the urban-influenced raw brush stroke style 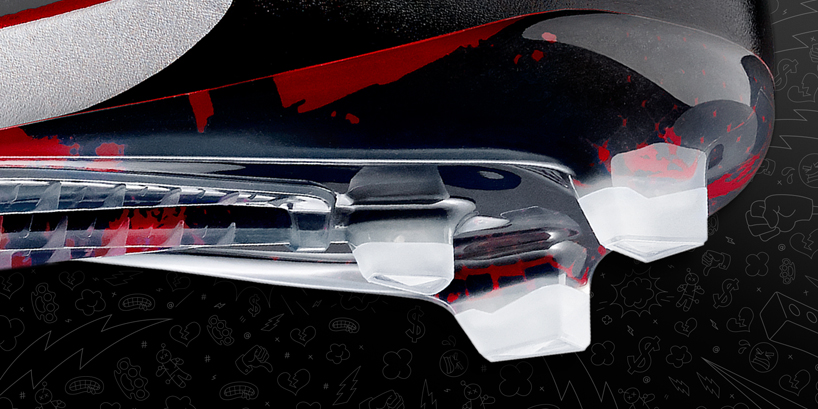 view of the rear stud molds 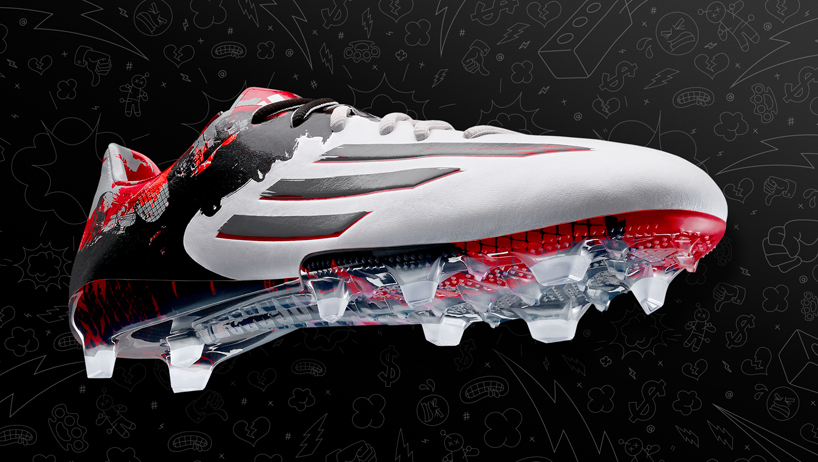 was designed in collaboration with rosario-born graphic artist ignacio valentini 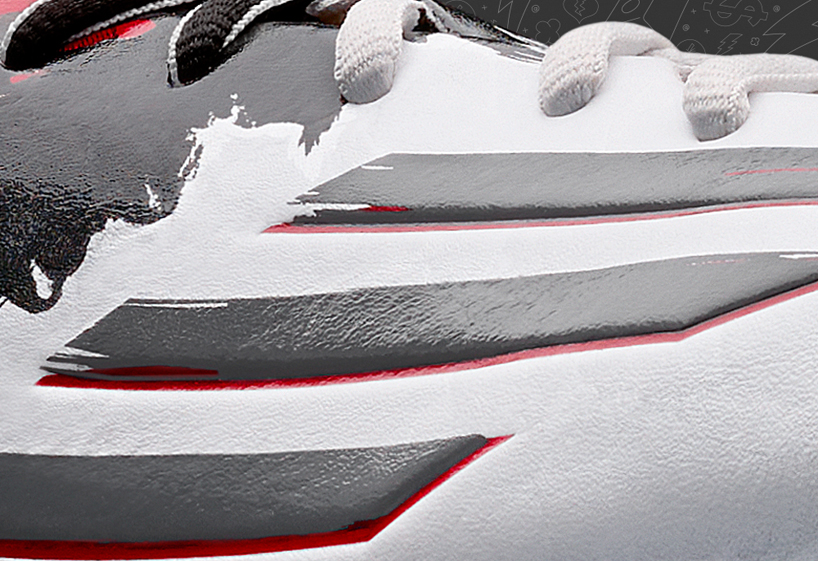 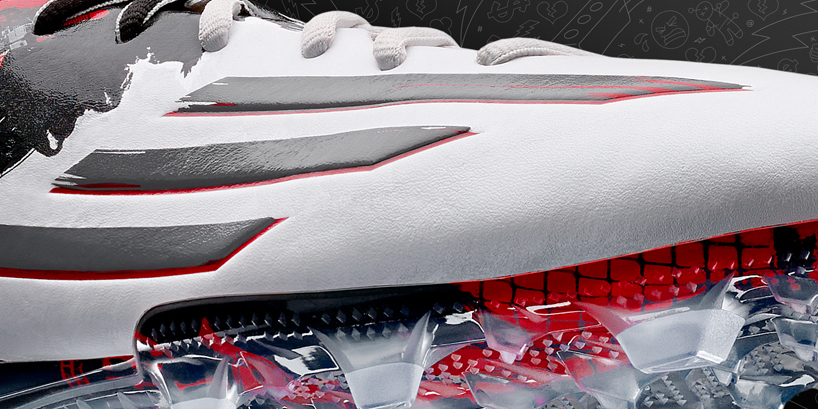