following the recent launch of the adidas samba primeknit, the world’s first knitted football boot, adidas has revealed the primeknit FS. the limited edition shoe will be produced in a black, white and red design and is conceived as the world’s first all-in-one knitted football boot and sock hybrid. the unique ‘sock silhouette’ design provides a bespoke second-skin feel that offers the perfect fit from toe to calf. the sock improves ball to foot touch compared to boots with traditional overlays, edges or laces. 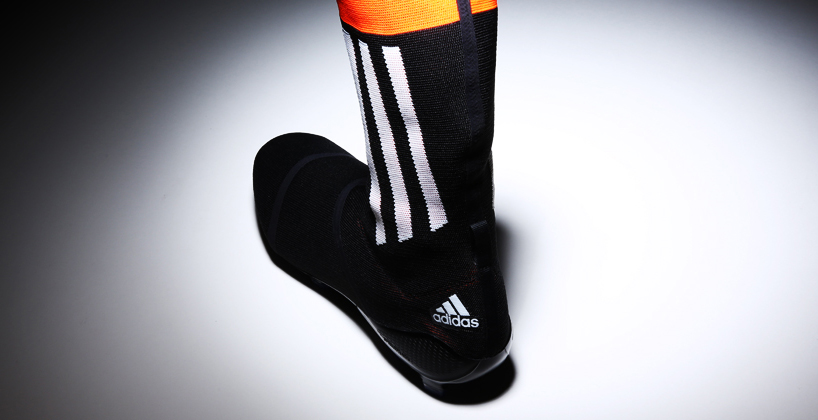 while the primeknit FS remains in design phase and is currently being treated as a ‘concept model’, adidas is currently working with its top players to finalize development of the product and release it in time for the 2014 world cup in brazil. the one piece design and strong light yarns of the primeknit FS is expected to provide new levels of flexibility and comfort with stability and strength equal to that of conventional boots. each yarn receives a high precision coating that guarantees water resistance even in the most challenging conditions. 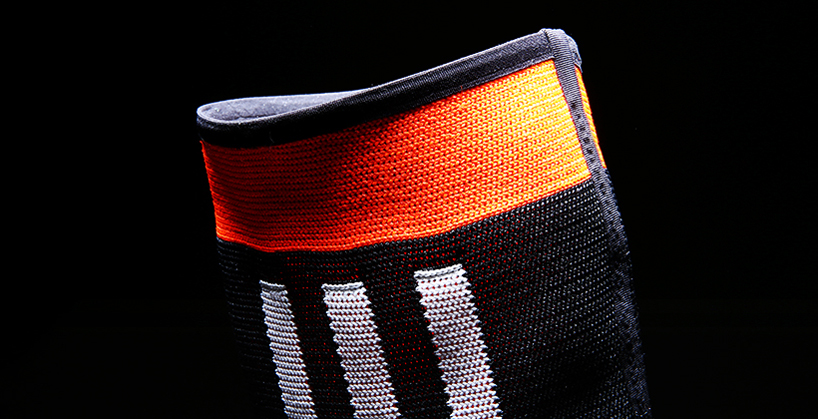 similar to the recently released adidas samba primeknit, the technology behind the world’s first fully integrated knitted football boot and sock hybrid allows for optimized and engineered zones for the different performance needs of each player in one single layer. 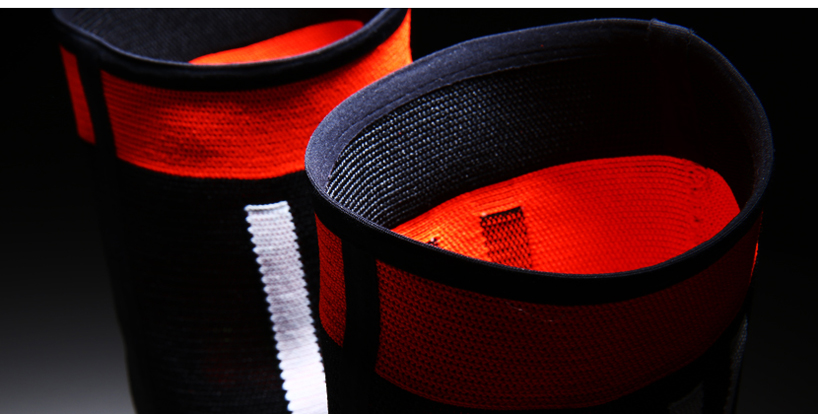 ‘following the launch last week of the adidas samba primeknit, the world’s first knitted football boot, we’re excited to be able to give the world a glimpse into the future of our products,’ says markus baumann, adidas senior VP for global football. ‘the introduction of the adidas primeknit fs is only the latest chapter of adidas football products and further cements our place as the pioneer of footballing innovation.’ 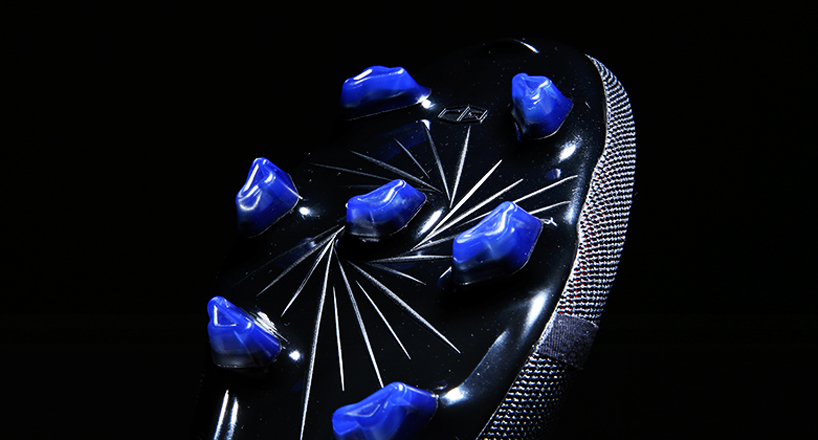