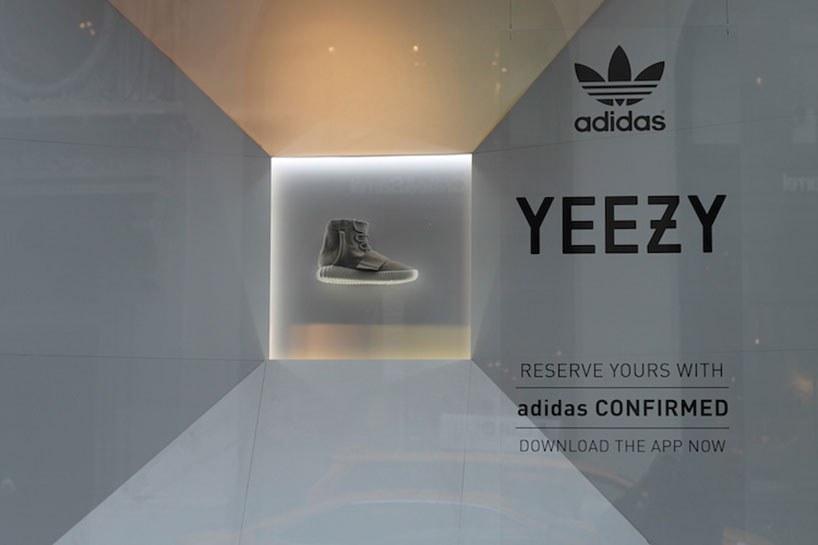 
with an official unveiling of the kanye west x adidas collaboration set for new york’s fashion week on valentine’s day, and a more recent announcement of a dedicated mobile reservation app from adidas, the highly anticipated ‘yeezy 750 boost’ shoes have been showcased in the display window of the SoHo adidas store in NYC. 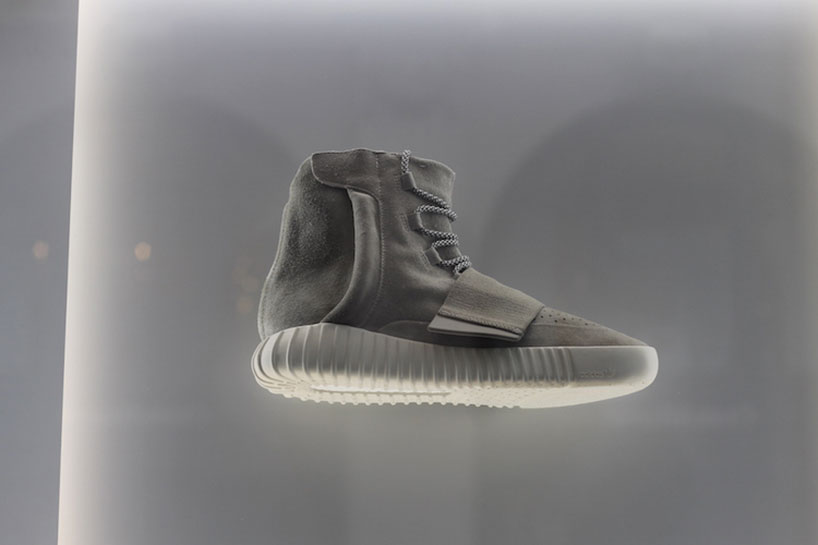 employing a full suede upper, a high, boot-like silhouette, and sharp styling along the outsole, the 750′s design are a departure from kanye’s former aesthetic at nike. according to the adidas hungary website, the high-end sneakers will feature the new ‘boost foam’ soles from adidas, with its unique energy capsules for a combination of functional benefits. the material has been developed to deliver soft and springy cushioning which feels ‘alive’. the yeezy boost’s are scheduled to come in a ‘solar red/ftwr white/night flash’ colorway along with the light gray-colored version as seen above. 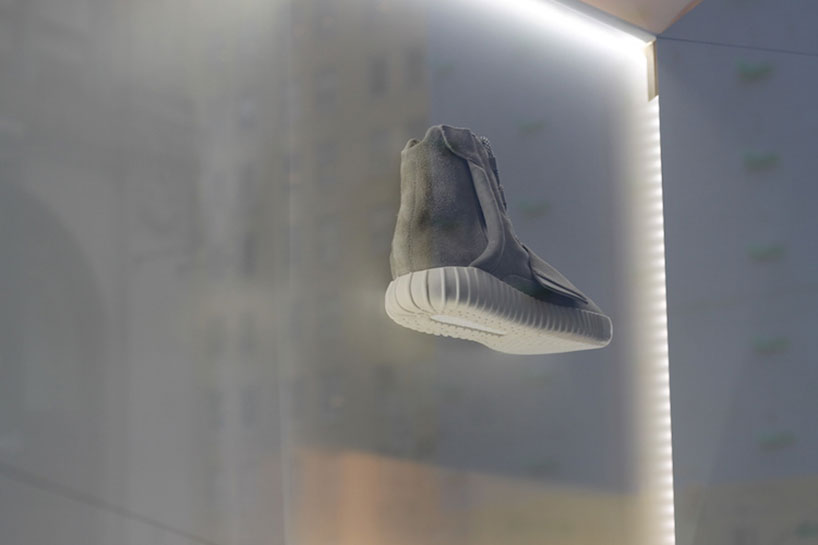