a recent move by estancia femsa, the cultural and artistic platform hosted by casa luis barragán, saw luis barragán’s original collection – a series of artworks and artifacts that he placed throughout his mexico city house during his lifetime – replaced with a temporary exhibition of works by contemporary artists. though interesting conceptual parallels are drawn between the original and new works on display, a recent tour of the house designboom took last month made us feel like the late mexican architect’s private residence and studio should be kept as much identical to how it was when it was inhabited by its author, as authenticity is a key element visitors look for when they walk through its doors. however, a pleasant surprise awaits at the end of the tour, as all the paintings, sculptures, and artifacts of barragán’s original collection have been put on display in a stepped platform, designed by AGO projects and architecture studio, sala hars. 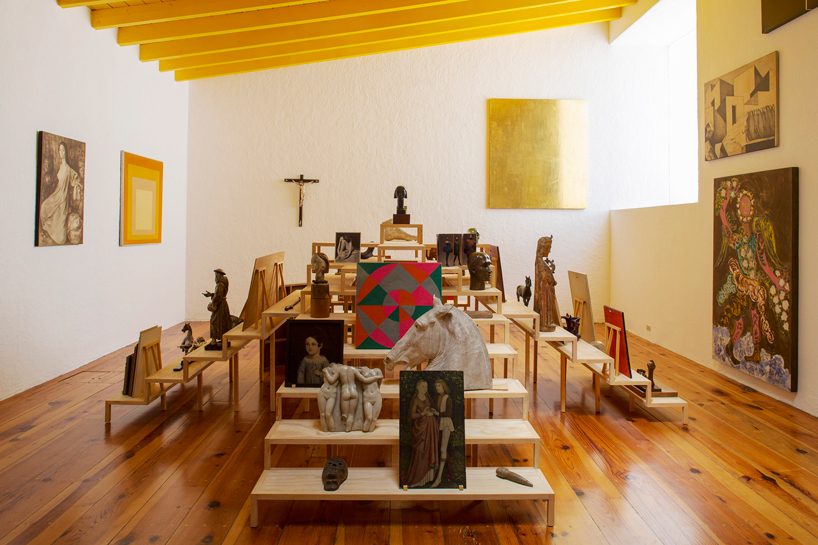 commissioned by estancia femsa to create the structure and museography for the final room in the temporary exhibition emissaries for things abandoned by gods, AGO projects and sala hars designed a stepped wooden platform that pays homage to barragan’s architectural ideas – from the famous floating stair to the religious imagery within the house. titled altar shelf, the structure jointly displays all the pieces of barragan’s art and design collection in his studio space, which are normally dispersed and placed, as the architect intended, throughout the house. both light and solid, permeable and temporary, the thought behind the piece was to give the viewer a complete and unobstructed overview of the architect’s personal and private collection, simultaneously. 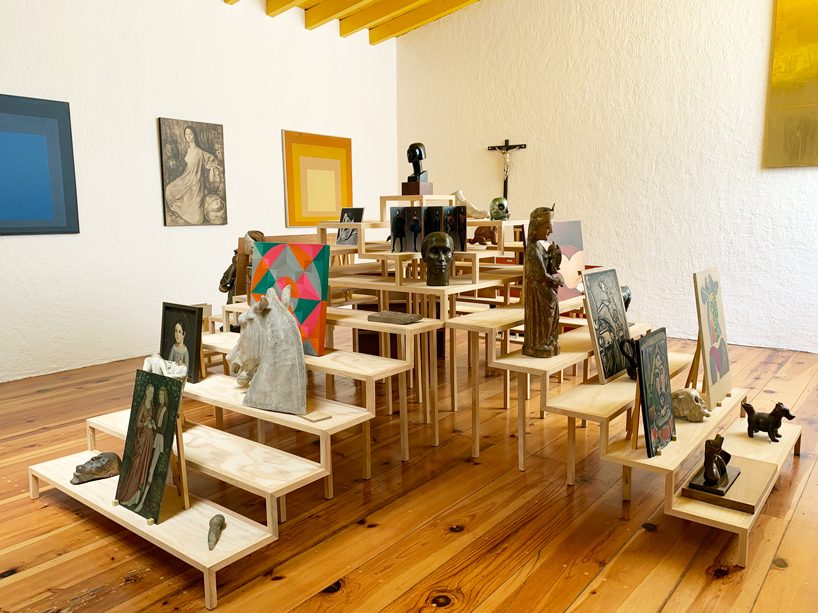 ‘our intention was to create a setting that allows the viewer at all times, and from all angles, to see the pieces from sides that have never been accessible to the public, providing a new reading of the work as a constellation,’ notes AGO projects and architecture studio, sala hars. ‘seeing the back of a colonial painting can be as informative and inspiring as the front, not dissimilar to the experience of visiting a natural history museum where pieces overlap, imply relationships and instigate a historical thread.’ the immersive and overwhelming experience, created by color and light, as well as the gathering of all pieces in one single room, creates an impression similar to the one ‘experienced by the thousands of visitors that make their yearly pilgrimage to this iconic house,’ as the designers explain. 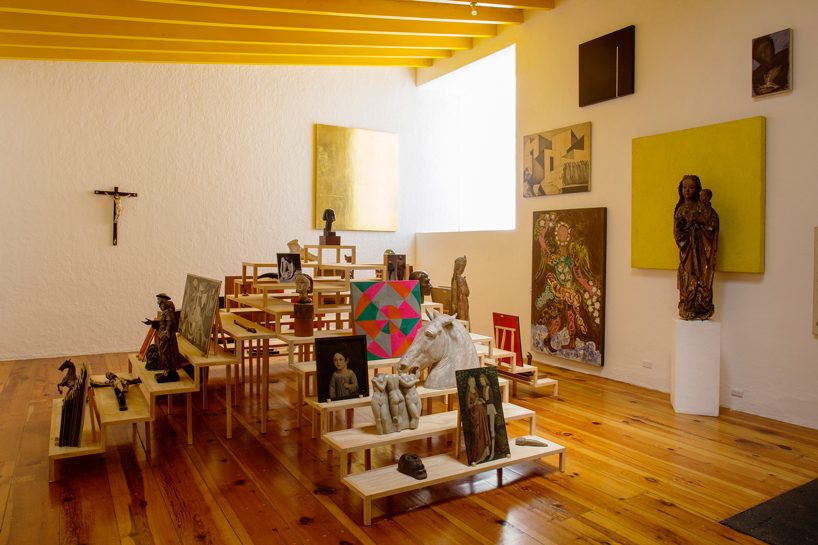 casa luis barragán was built in 1948 by famed mexican architect luis barragán as his private residence and studio in the suburbs of mexico city. considered a landmark of modern architecture, the house acquired its UNESCO world heritage site status in 2004 for combining traditional, philosophical and artistic currents into a new synthesis, as well exhibiting the integration of modern and traditional influences. 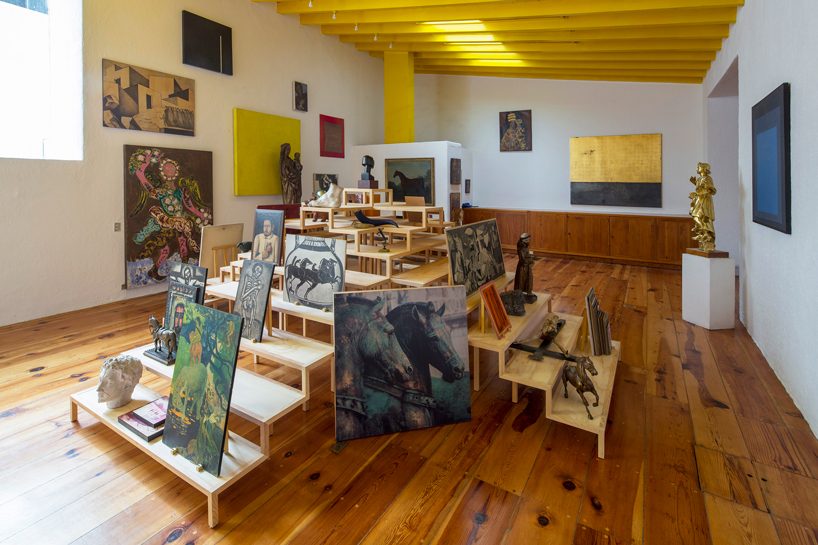 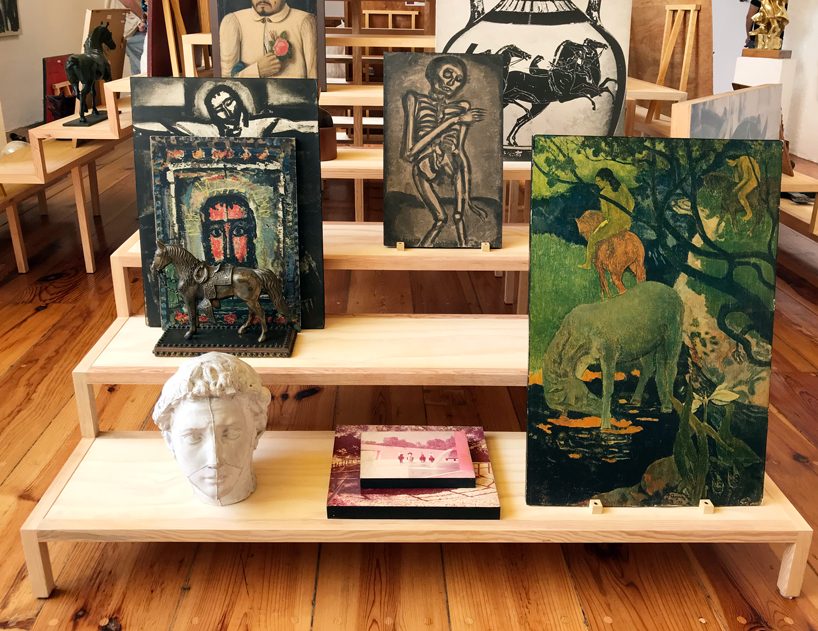 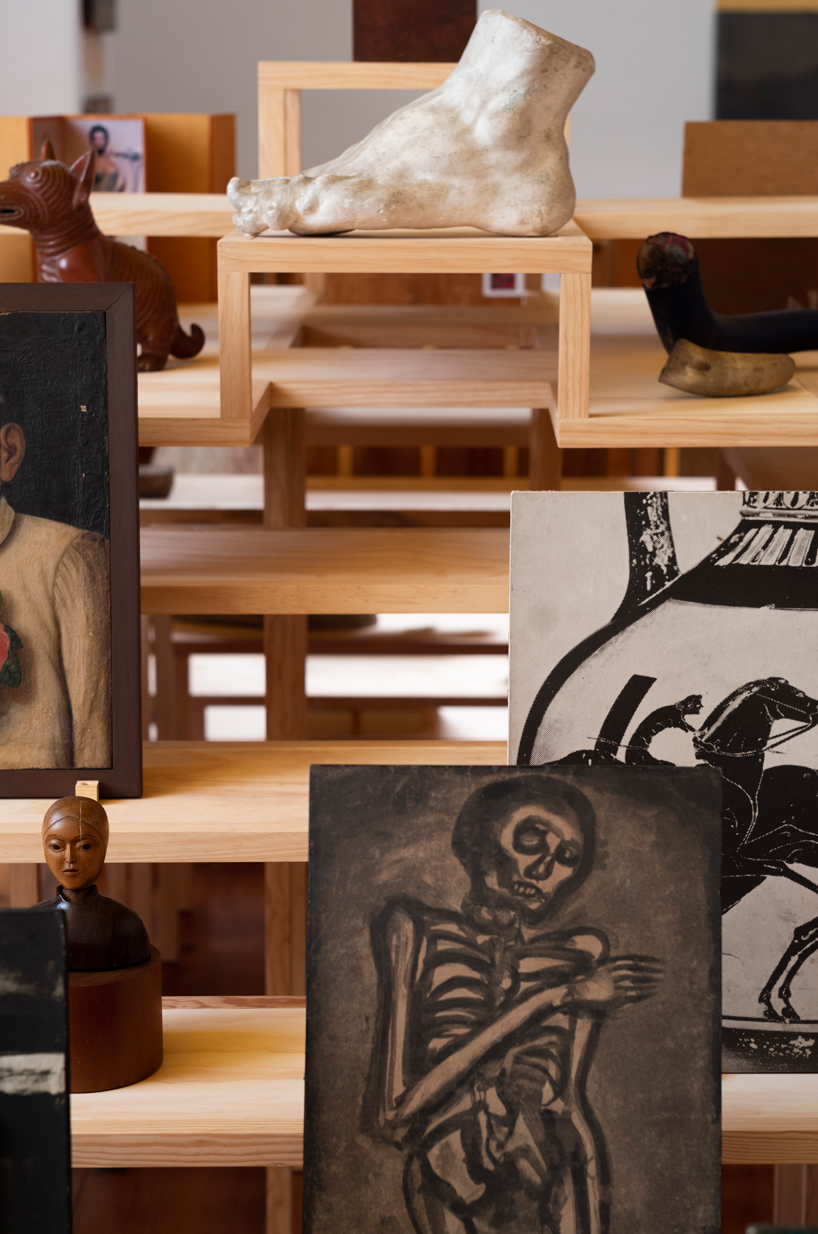 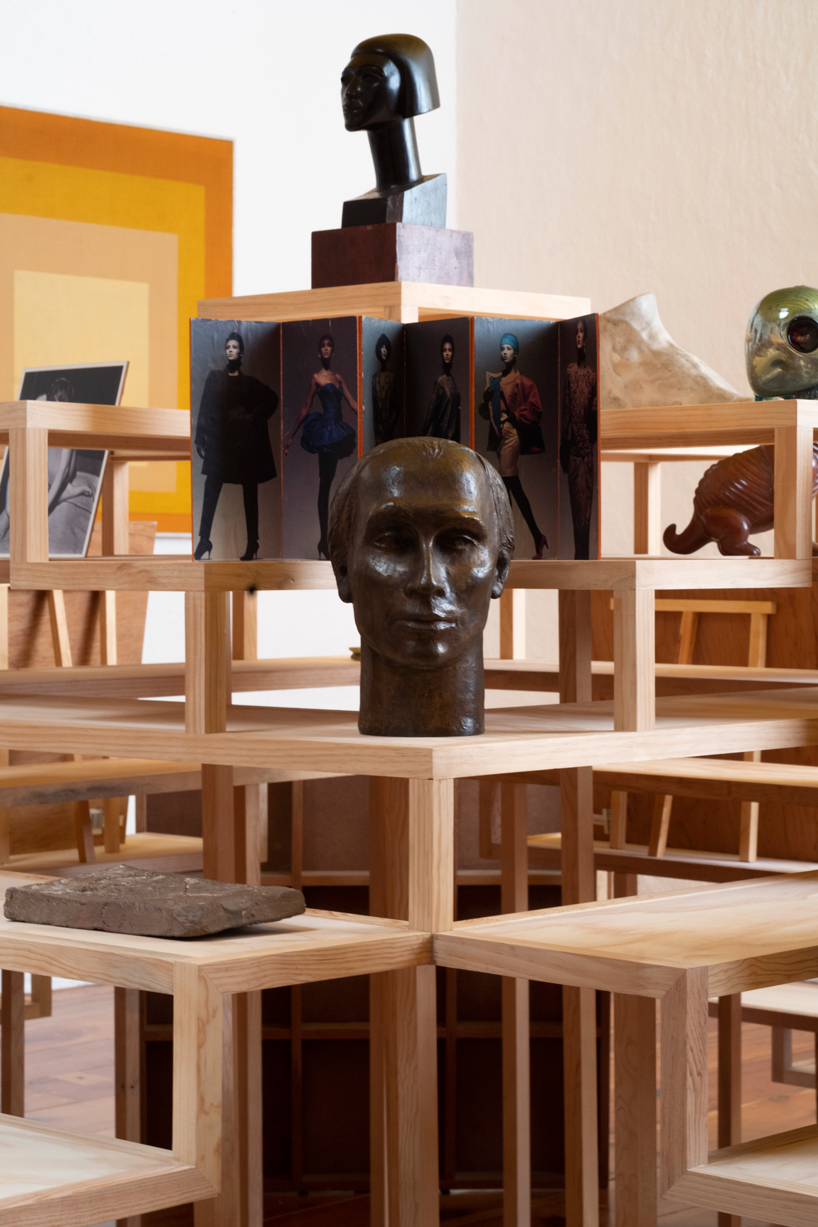 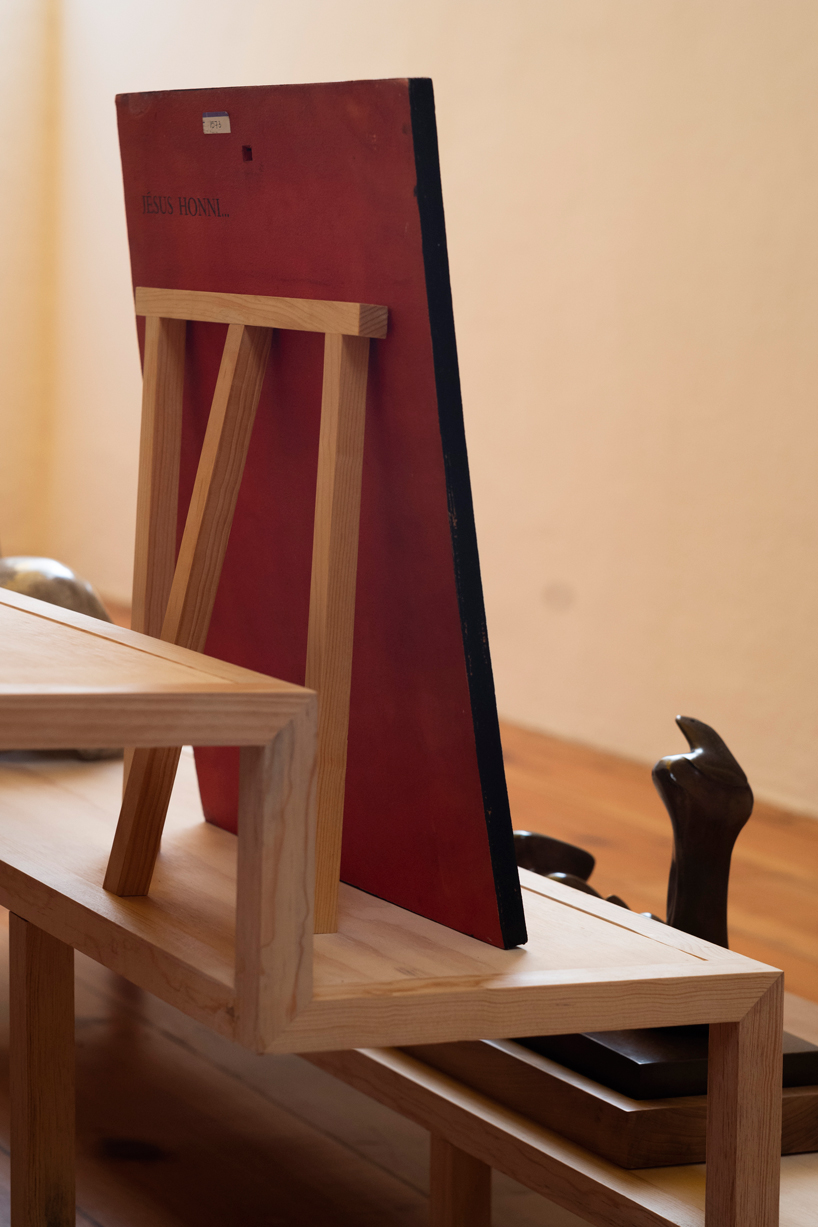 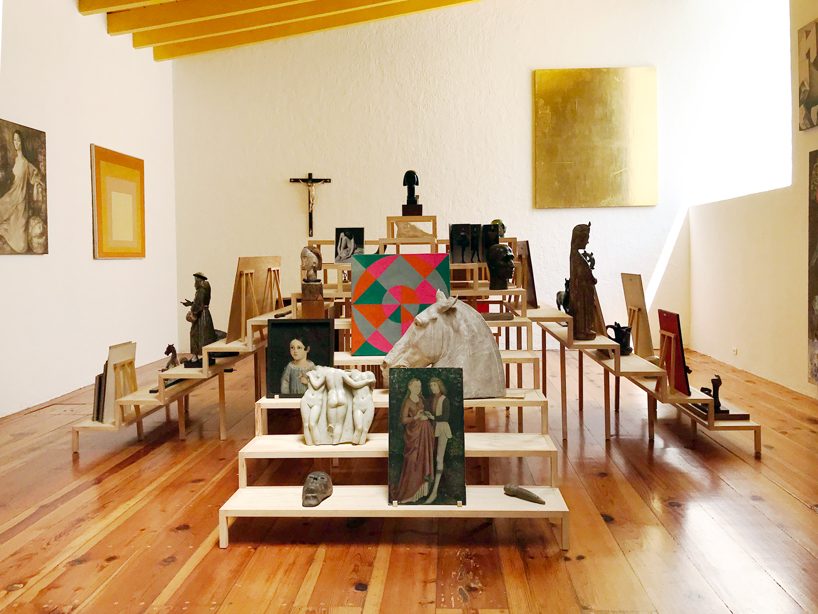 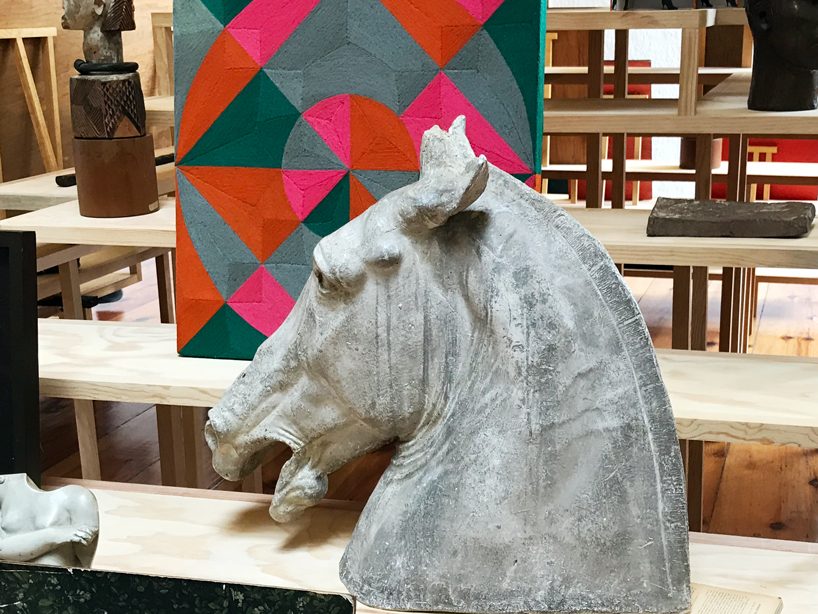 designer: AGO projects and sala hars 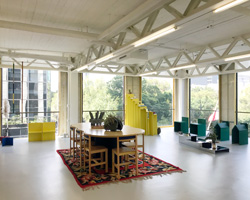