‘herself’, the first release of the ‘catalytic clothing’ project, which investigates the use of textiles to purify air

‘herself’, an air-purifying dress, is the debut prototype of the ‘catalytic clothing‘ project, a collaboration between the university of sheffield, london college of fashion, and university of ulster. 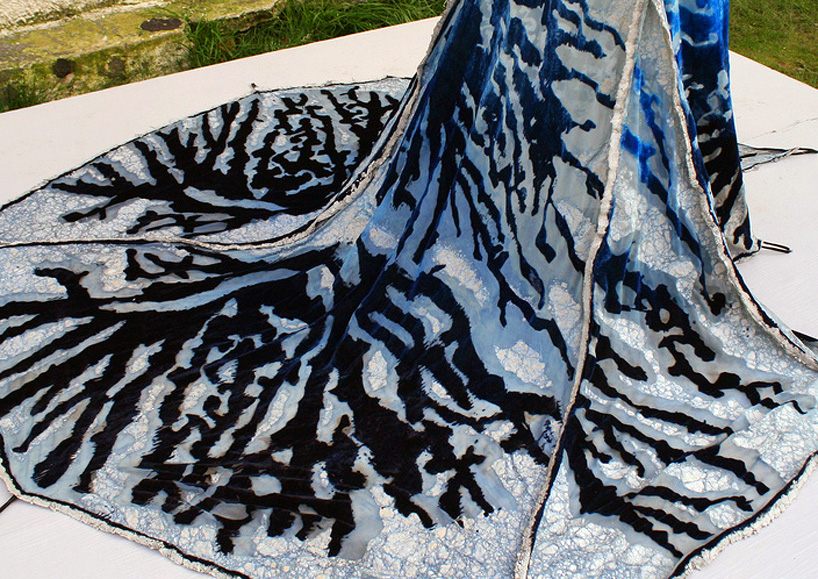 detail view of the train of the dress

the dress incorporates pollutant-absorbing concrete to purify the air. although the designers have not released details on the workings of their project, it is suspected that ‘herself’ utilizes the same technology behind the pollution-absorbing concrete used in construction: making use of a titanium oxide coating, it can convert nitrogen oxides, like those released by automobiles, into harmless nitrate. 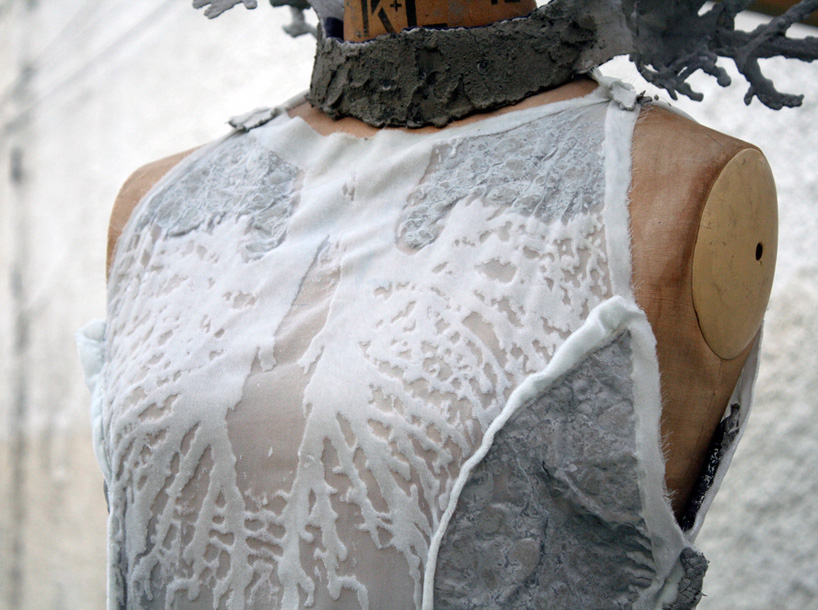 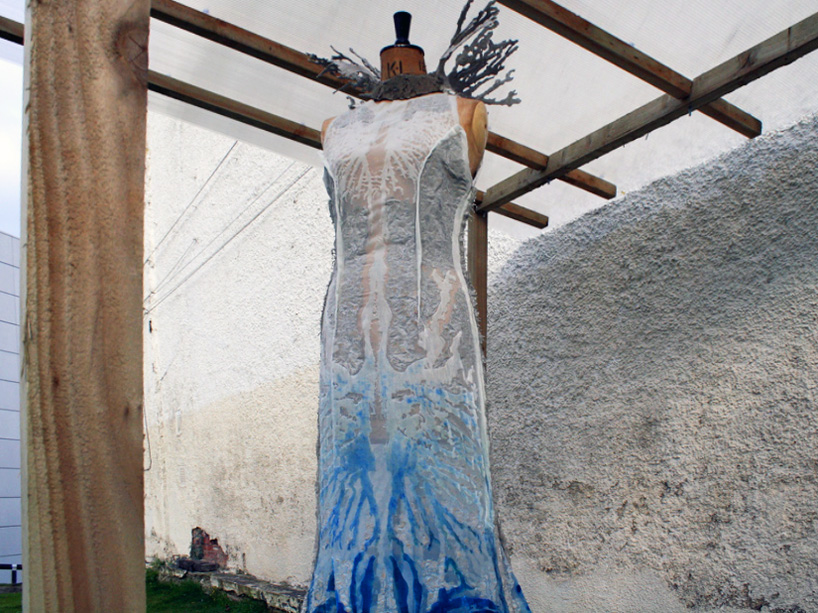 closer view of the full front of the dress

the creators estimate that forty people wearing the dress and standing across a meter of pavement would purify two meters of airspace each minute. while the density initially sounds high, the reality of urbanity is that the daily use of trains, subway platforms, buses, and elevators provides high enough numbers to constitute a potentially viable mechanism for crowdsourced improvements in air quality. 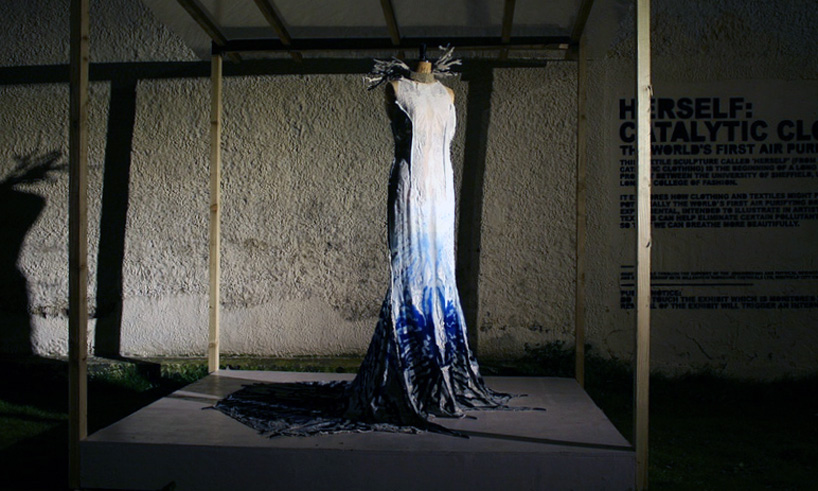 full view of ‘herself’ on exhibit