‘the cut’ is a kitchen prototype designed by london-based architect alessandro isola and produced by record e’ cucine. presented during milan design week 2014, the unit can be re-configured into different set-ups, enabling a level of flexibility for its users. the interactive space is formed using a parallelepiped that is sliced into two parts, which then rotate and fix into the desired position. a line through the main block creates a slot for the table, letting its surface slide out horizontally and swivel around.

‘the cut recognises the kitchen as a practical yet central space, a place to grab-and-go, congregate and chat, to relax and dine. it’s designed to understand that each of these occasions present themselves daily in our modern lives.’ says alessandro isola. 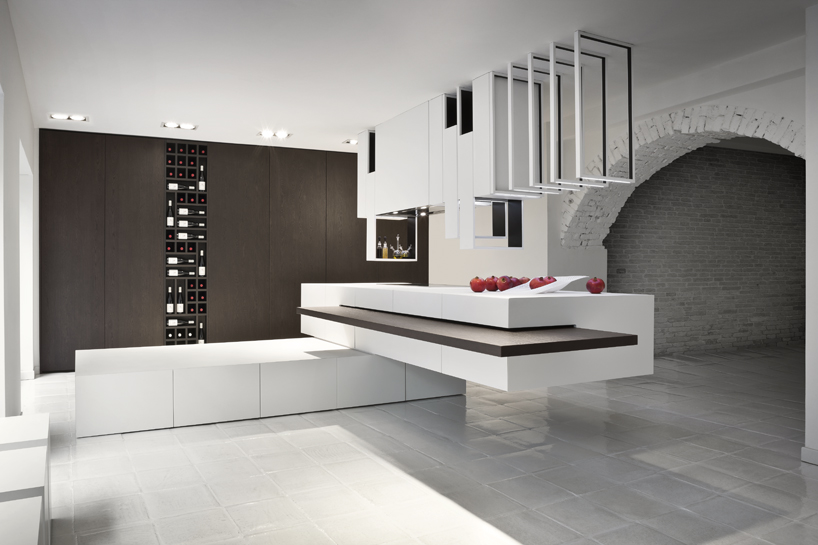 the kitchen unit can be re-configured into different set-ups

the two blocks contain storage spaces and the cuts are accentuated by different materials, creating contrast between outer and inner skin when revealed. a sequence of rhythmic profiles with inset LEDs form a changing configuration as the units gently slide down from the framework. reminiscent of dancing piano keys, the ceiling system accentuates the kitchen’s ability to play different tunes depending on use, mood and audience. 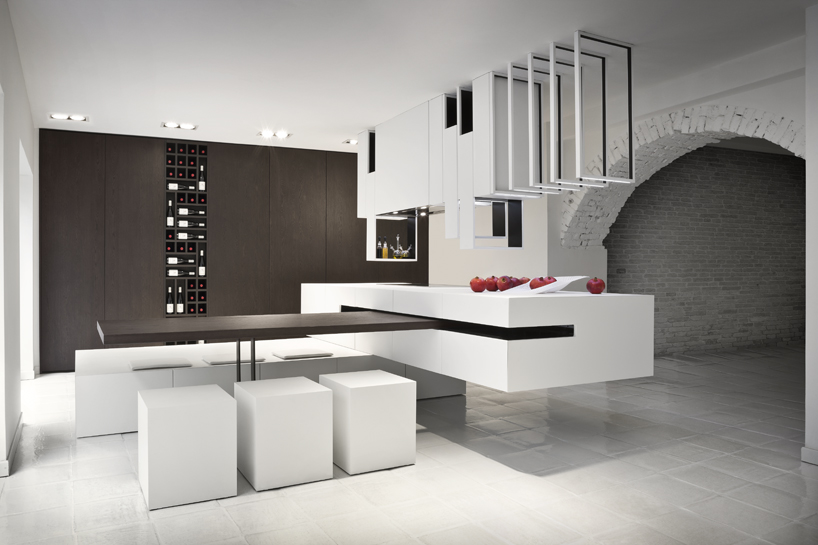 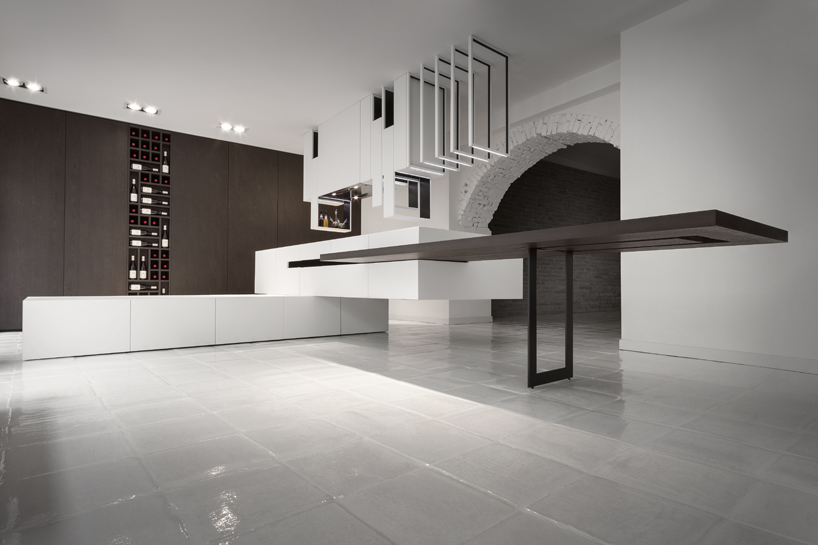 the table extended out from the unit 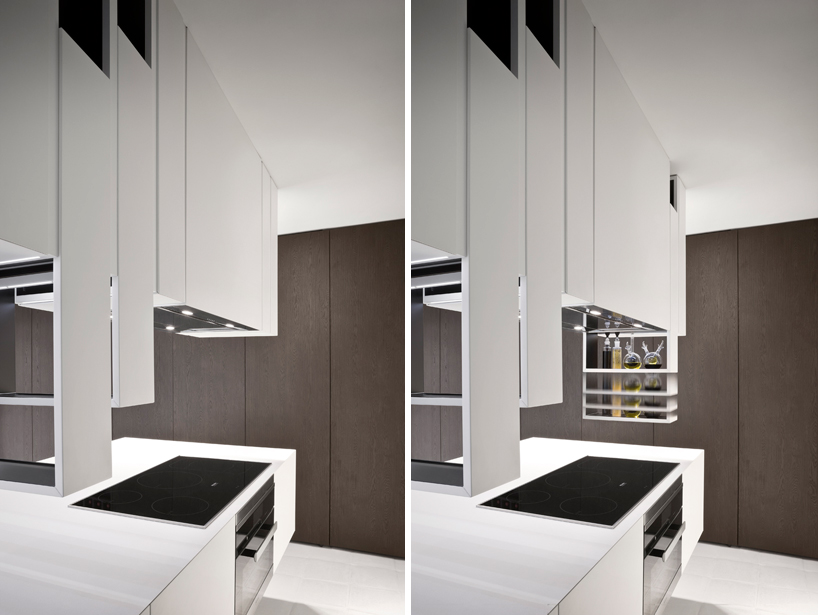 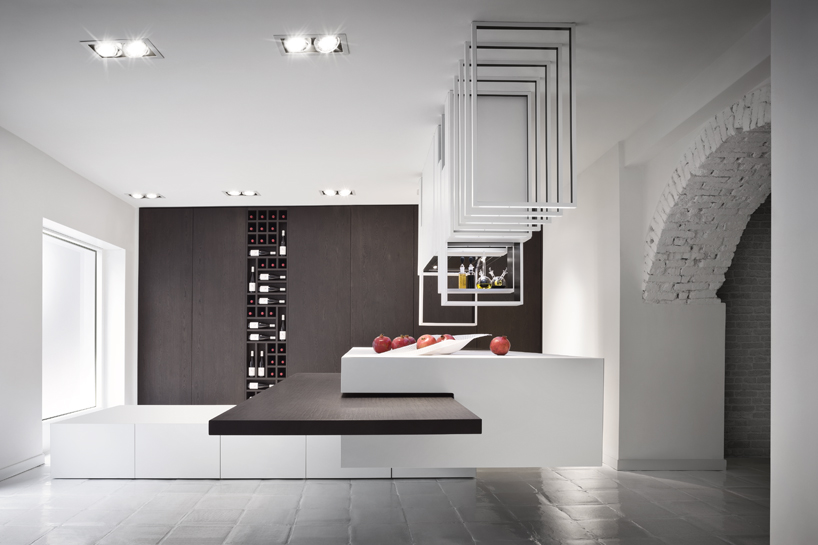 general view of the flexible kitchen 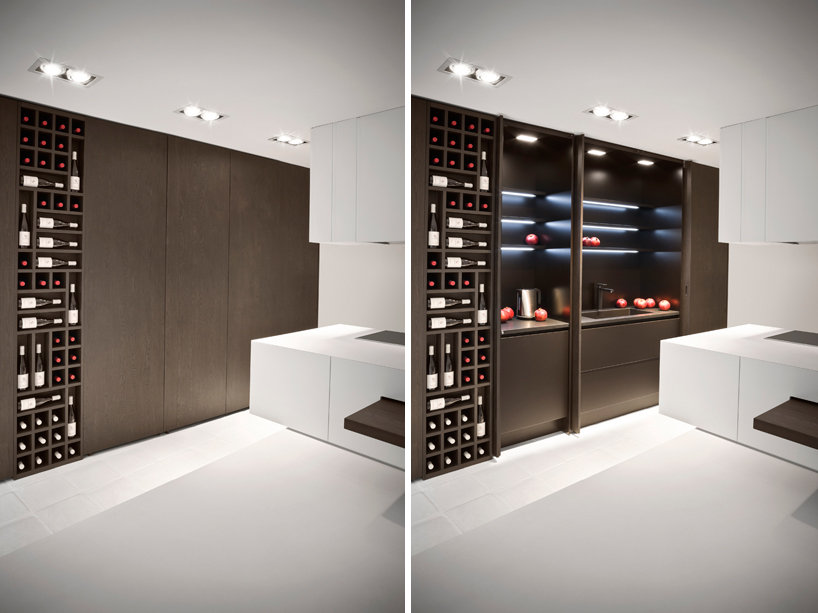 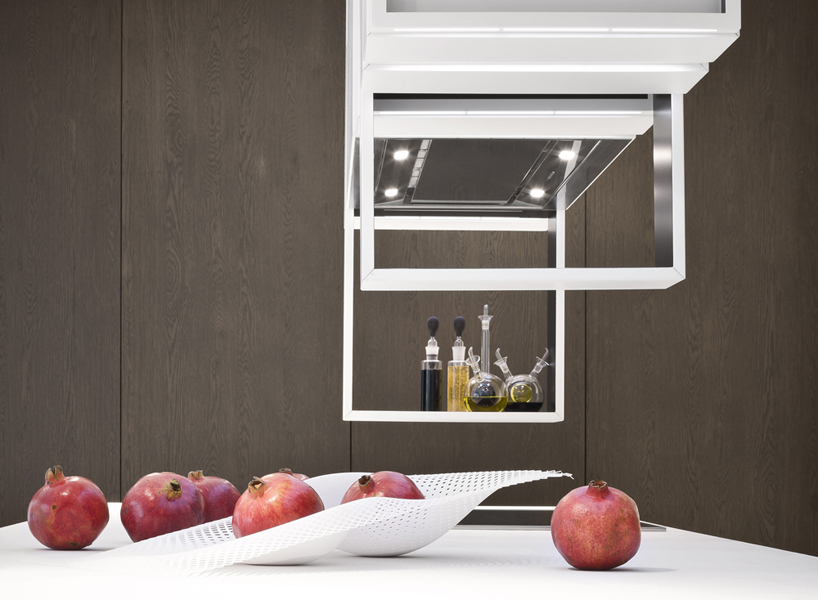 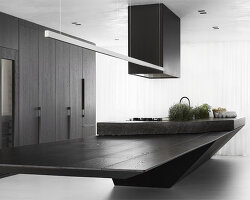 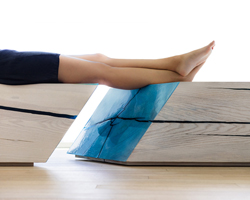 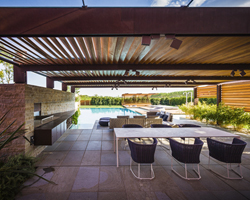 Dec 01, 2015
alessandro isola nestles winery between the sea and the hills of north east italy 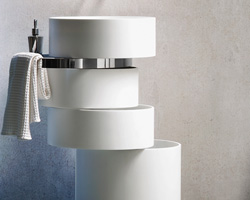