the three rings from which the ‘amuleto’ (and ‘amuleto mini’) lamp is composed of, its circular lit disk, midsection and base, all stand as symbols of the trinity of the sun, moon and earth respectively. the slim halo which acts as the design’s main illuminating element, utilizes a crown of LEDs to brighten one’s workspace, providing students, designers and architects with proper eye protection, as well as a uniform distribution of light. designed by alessandro mendini for ramun, ‘amuleto’ has a durable structure which is free of any protruding wires or springs, putting the visual focus on the colors, geometry and simple lines of its shape. the composition of its moving mechanisms allow one to place and point the light in any direction, making it an ergonomic and expressive object which brings together technology and optical precision. in addition, one has the ability to adjust the intensity of the scattered lightthrough a sensor which runs from 1 (brightness of a candle) to 11. each desk lamp – which comes in two dimensions – is made from plastic, aluminium, zinc, iron, and 60 LEDs. the available colors for the head, middle section, base and arm are red, yellow, blue, white black, transparent (except for the arm), and grey (for the arm).

the ‘amuleto’ and ‘amuleto mini’ will debut during milan design week, at galleria jannone from april 9th – 14th, 2013. 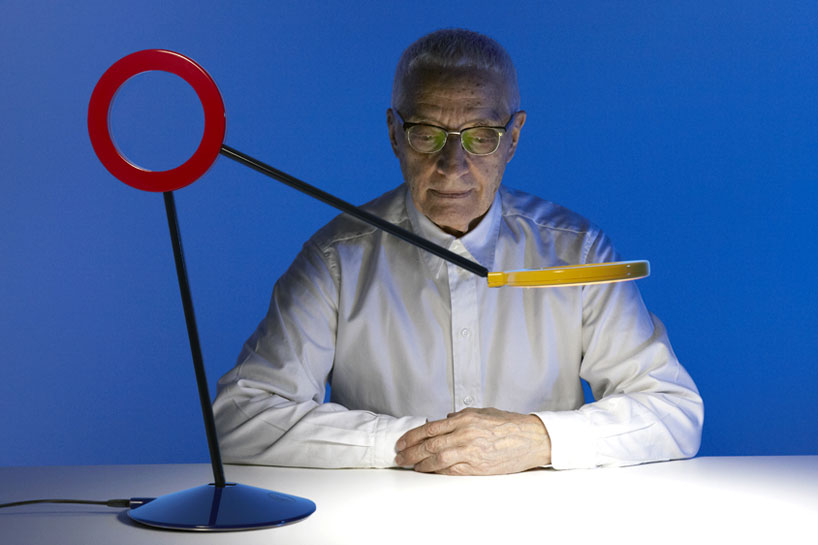 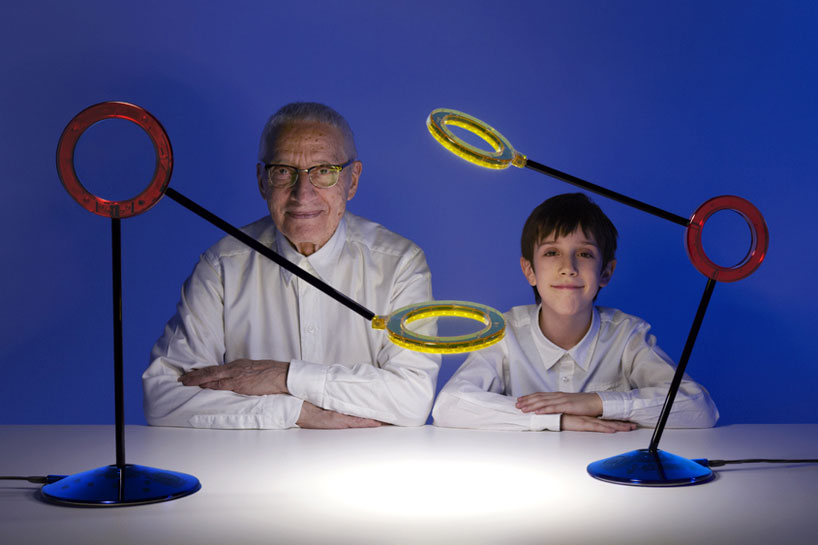 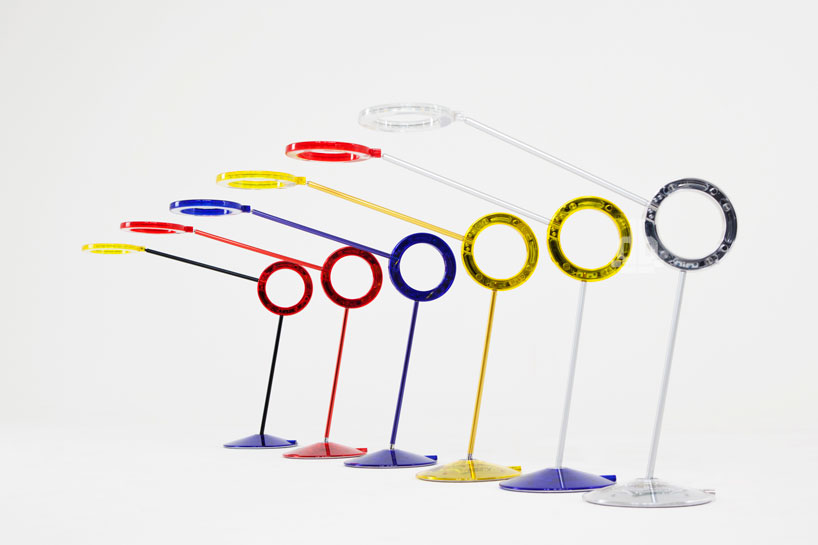 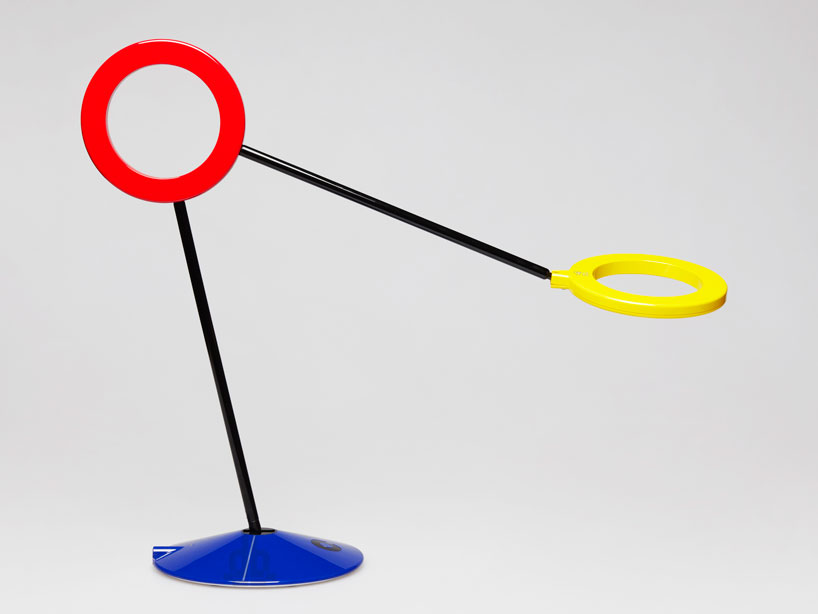 the rings of the lamp draw from the trinity of the sun, moon and earth

the conceptual development of the amuleto lampvideo courtesy of atelier mendini