design 12k views
alessi unveils their new ‘moka’ coffee maker, designed by british architect david chipperfield, that will be presented at 2019’s salone del mobile in milan. the moka was first created in the 1930’s by alfonso bialetti – the maternal grandfather of alberto alessi. since then it has become an iconic object within many households and synonymous with classic italian design. this interpretation envisioned by chipperfield retains the character of the traditional espresso maker, with only the most subtle of design interventions applied. 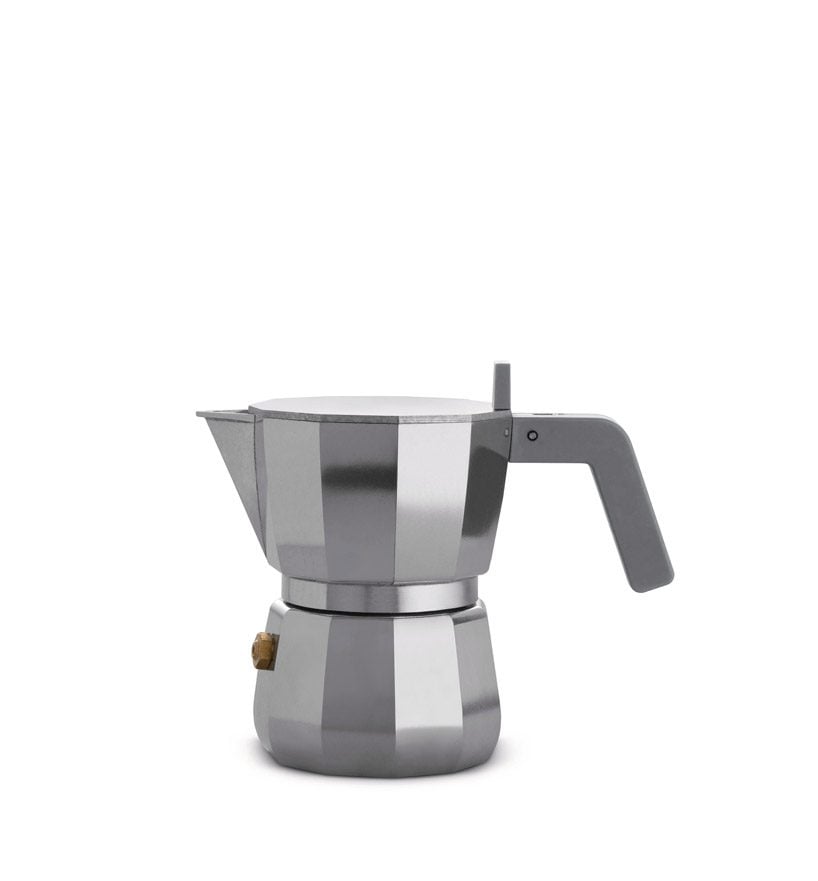 unlike the traditional moka, chipperfield‘s redesign of the style icon for alessi incorporates eleven sides and a flat lid. the two extra faces have been added to the volume in an effort to ‘make the geometry stronger, to better integrate the proportions and to insert the spout, which is part of one of the facets,’ chipperfield comments. the new form has also been created with a more curved bottom to the base of the object. 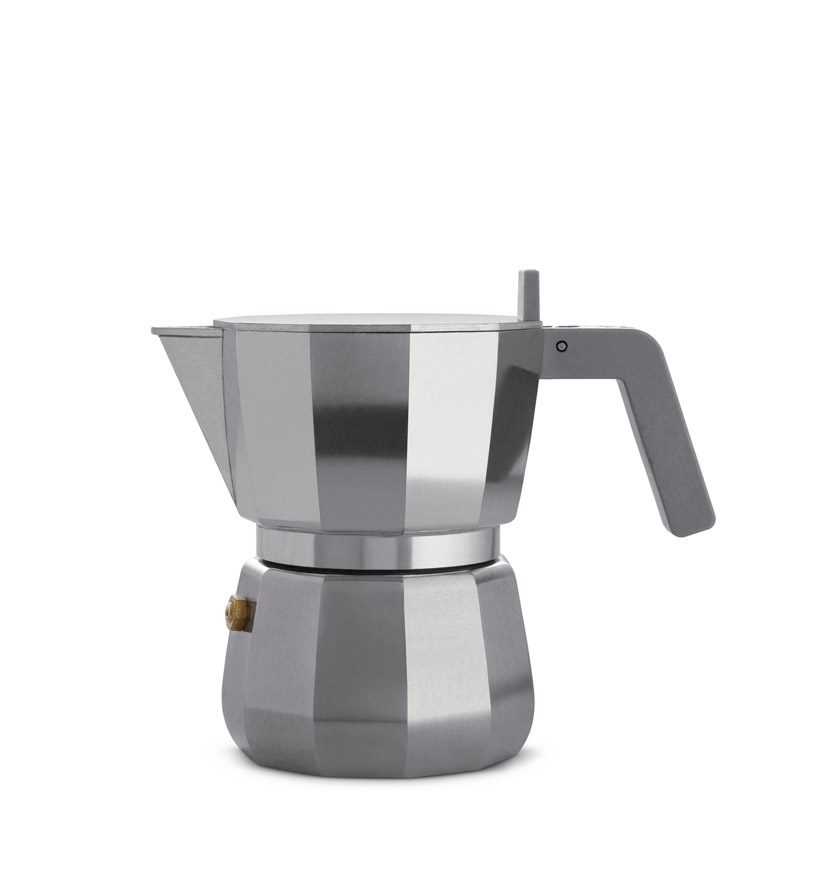 ‘the moka is a symbol of everyday life. when you move from one home to another, you have your books and your records, some clothes and often a coffee pot. when I was asked to design, or better redesign, the moka, I found it interesting to reflect back on the object’s intrinsic nature,’ chipperfield notes. the new form does retain many of the characteristics of the original, such as the aluminium casting that distinguishes the famous kitchen utensil. the new moka espresso coffee makers come in three varying sizes (1, 3 and 6 cups) and are suitable for gas hobs, electric plates and glass ceramic hobs. 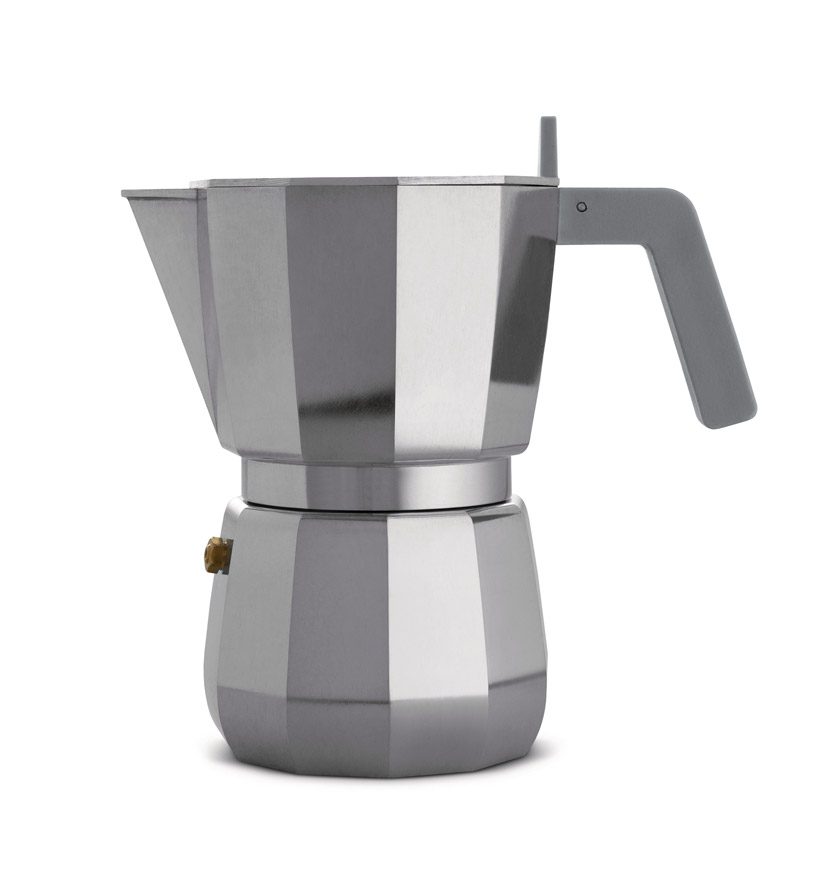 the idea came from the question: what can be improved in the existing moka? the noise of screwing and unscrewing it, the rumbling sound it makes when the coffee’s ready, these everyday occurrences become engrained in your memories… my idea was to do something that would intensify these memories; not to invent a coffee maker but to re-intensify the history of this object, which, in my opinion is a kind of archetype with its own – an independent – authority. I wanted to preserve its most important qualities: the material, the sound, the essential shape of its corners,’ chipperfield remarks on the new moka design. 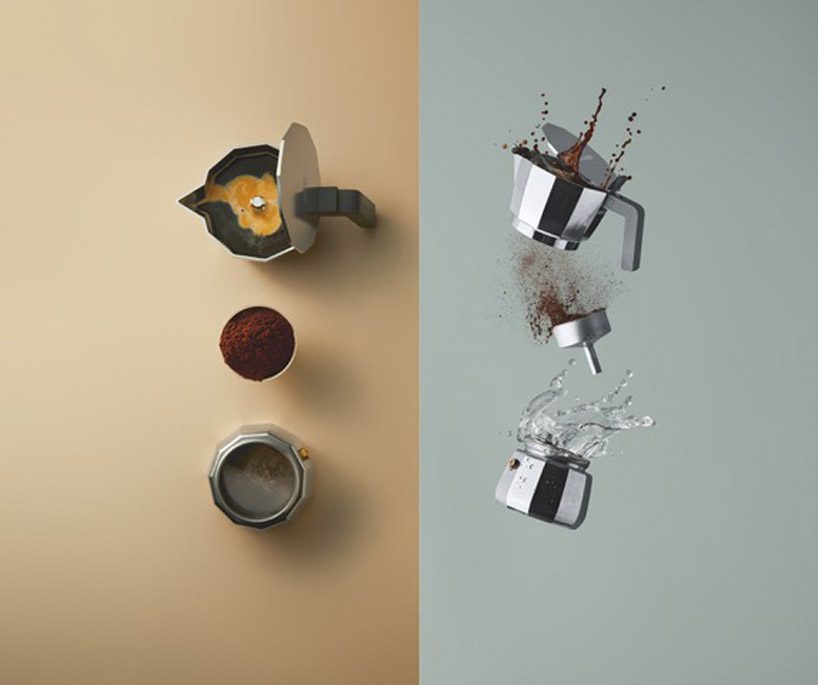 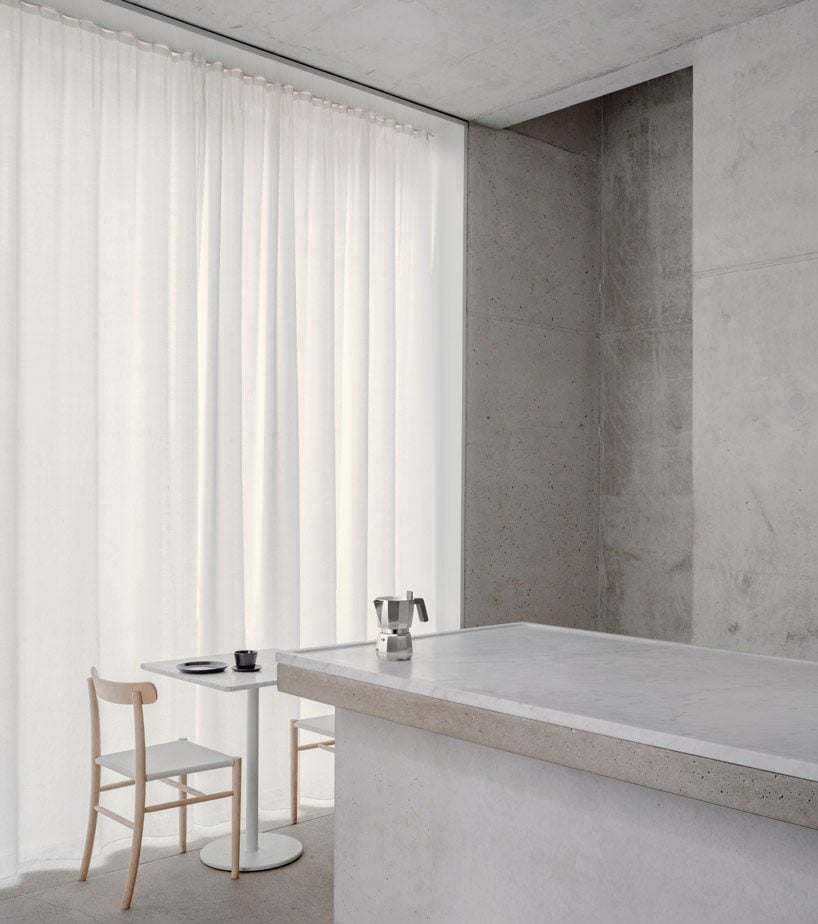 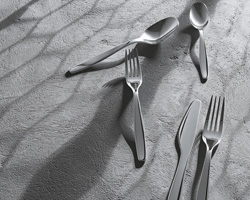