with the FIFA world cup 2010 in full swing, we wanted to share the work of UK-based alex garnett who has designed a range of products revolving around the sport of football.

‘footbowl’ is a series of ceramic bowls which have been handmade from enlarged casts of footballs… just don’t trying kicking one! for the production process, garnett remade the standard football larger so that his cast would compensate for the ceramic body’s 10 percent + shrinkage when fired in the kiln. the resulting form is slightly larger than an actual ball to accommodate more items. to do so, he makes / sews a ball, filling it with plaster so that it becomes ridged. he then casts this form first in urethane and then silicon, producing a flexible master which allows for greater detail and undercuts in his working molds. 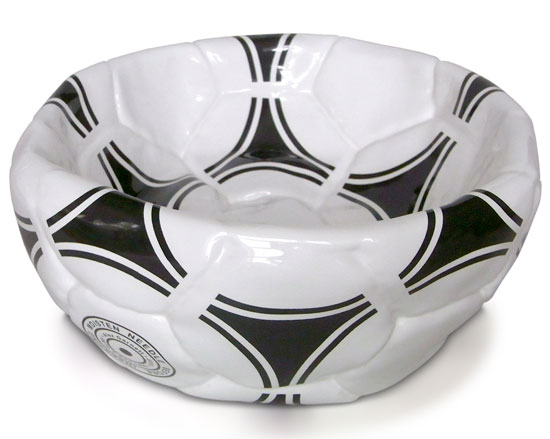 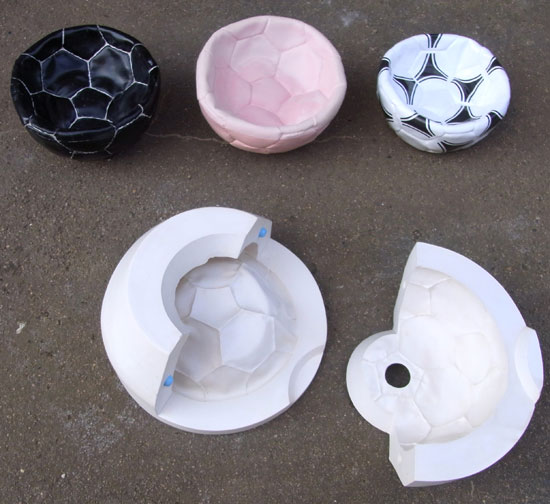 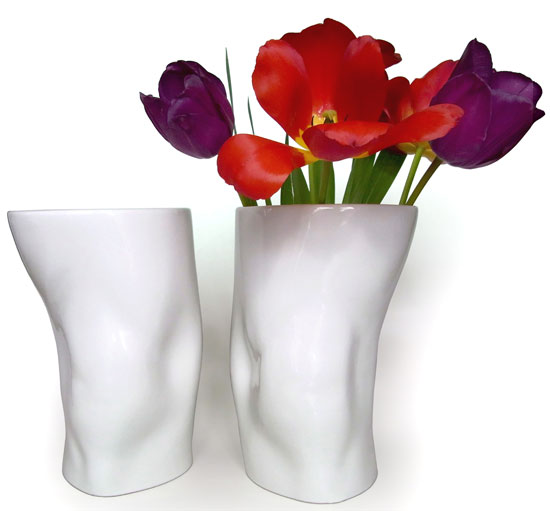 ‘footballers knees’ is a pair vases which placed next to one another, present a healthy pair of athletic knees. 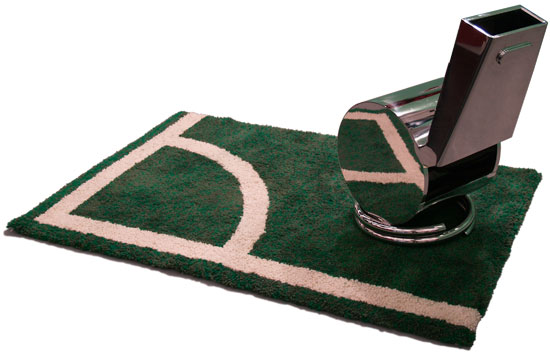 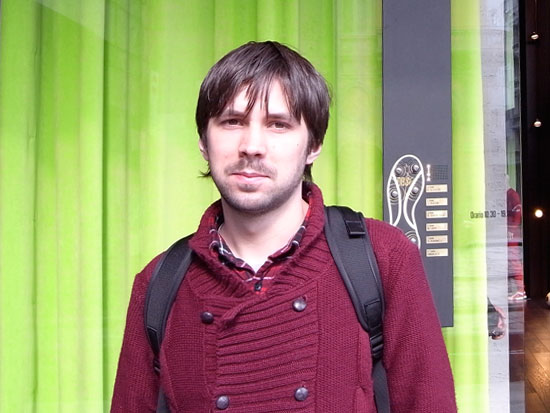 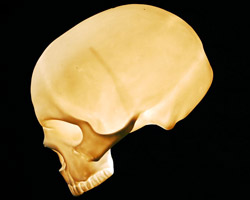