returning to the jordanian capital for the 3rd edition, amman design week 2019 welcomed designers and visitors alike to explore this years theme of ‘possibilities’. with creative director rana beiruti at the helm, the biannual event focused on the act of making and storytelling to re-imagine what can be achieved for our future and our present. from furniture to textiles and jewellery, 2019’s exhibits showed a clear focus on the use of traditional craftsmanship and a return to locally-available materials. 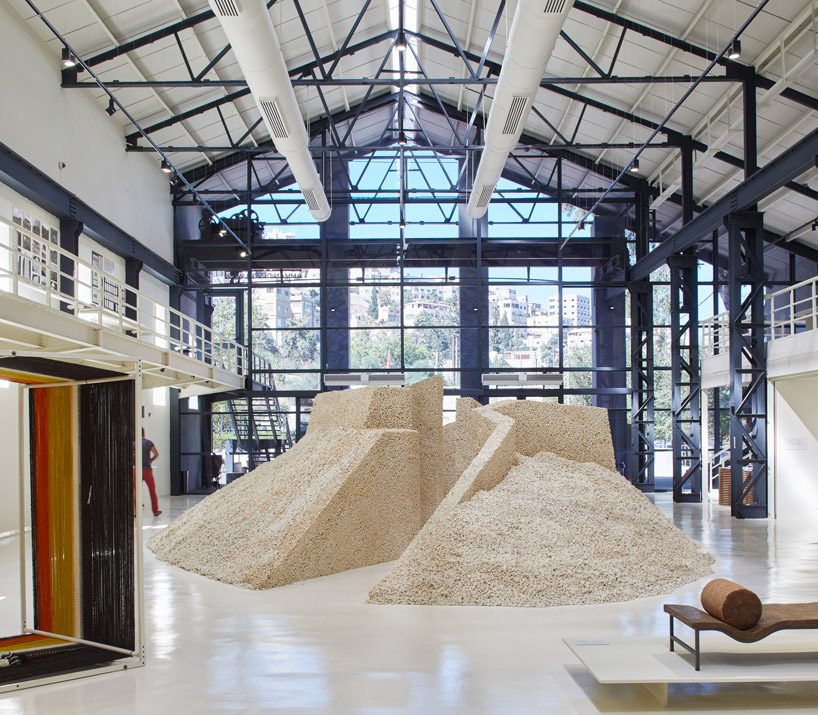 the piece has an ambiguous quality as it acts as many things: a mound of gravel, a passageway, a ruin, a sculpture

upon arriving at the hangar exhibition at ras el ain, curated by noura al sayeh-holtrop, visitors were greeted by sahel alhiyari’s large sculptural work. made of gravel, the piece cuts a passageway through the middle, inviting people to explore the design as a space, a ruin, or even a landscape. the hangar showcased a vast and diverse selection of pieces from over 50 regional creatives. what was most apparent throughout the space was the number of designers who chose to highlight the use of materials local to jordan, such as sand, stone and mud, much like ‘earth chair’ by bisher tabbaa that addresses the excessive use of concrete as a construction material. 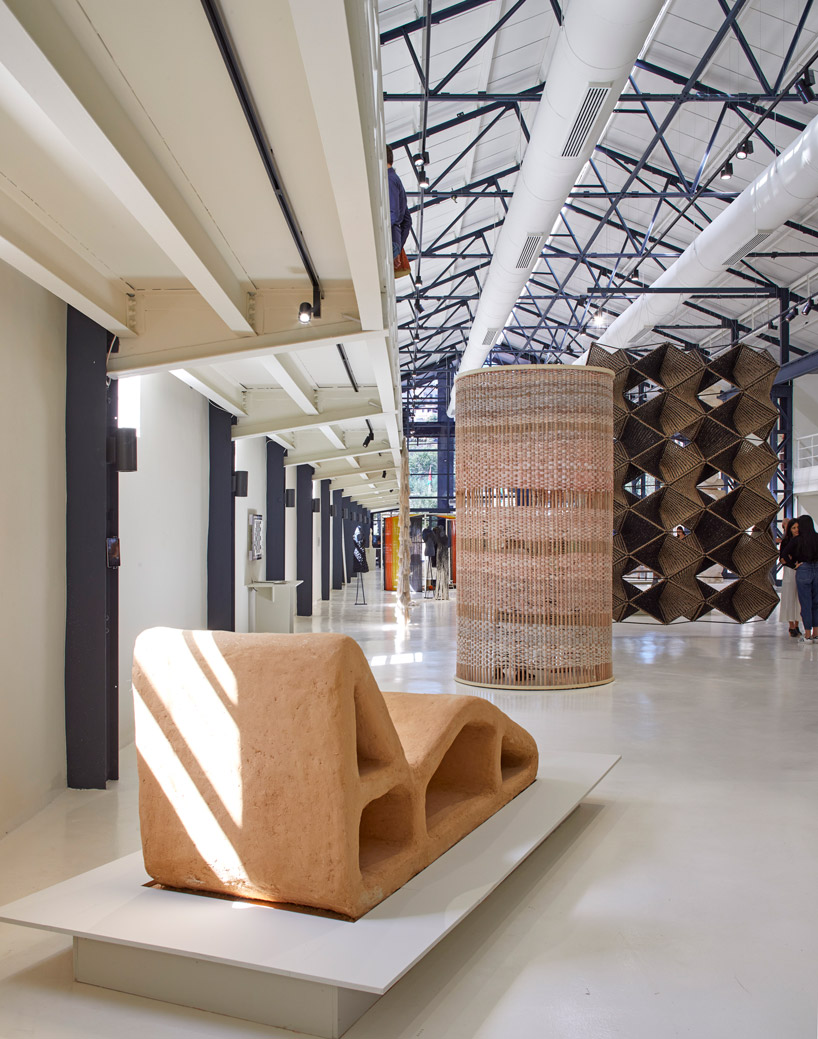 formed using earth, the piece attempts to tackle two issues in jordan: the excessive use of concrete as a construction material and the lack of reading

another striking piece that could be found in the hangar exhibition was ‘soils of jordan’ by atlal collective. nine columns of soil collected from across jordan displayed the diverse colors of the natural landscape. constructed using a rammed earth building technique, visitors could touch the material and feel as it crumbled to the ground. in addition to the larger hangar space, the ras el ain district also hosted the student exhibition and future food/future city – an open-air space that explores how we grow, consume, process and recycle our food for a more sustainable way of living. 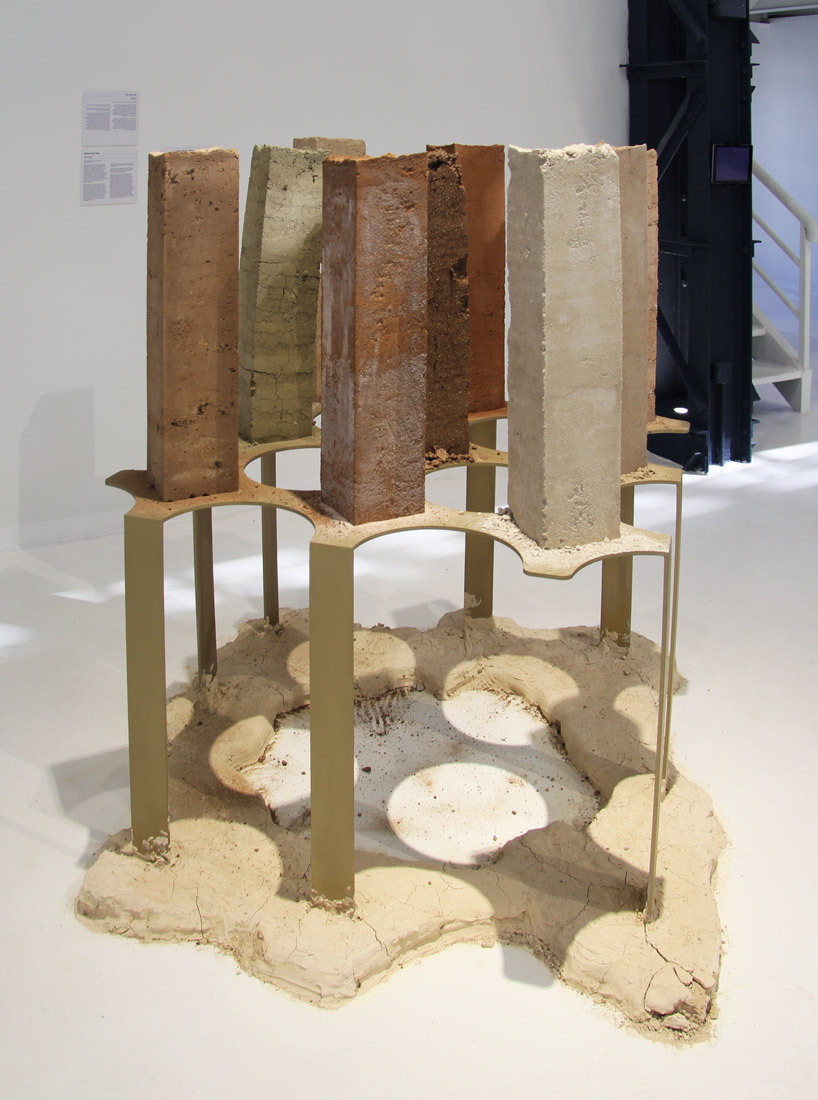 ‘soils of jordan’ by atlal collective at the hangar exhibition, ras el ain

the design week also took over the jabal amman area of the city, which was host to the crafts district, material innovations, jordan script routes and the innovative crafts lab. as the names suggest, these exhibitions underlined the importance of local craftsmanship – such as weaving, ceramics and pottery – to reinvigorate communities. 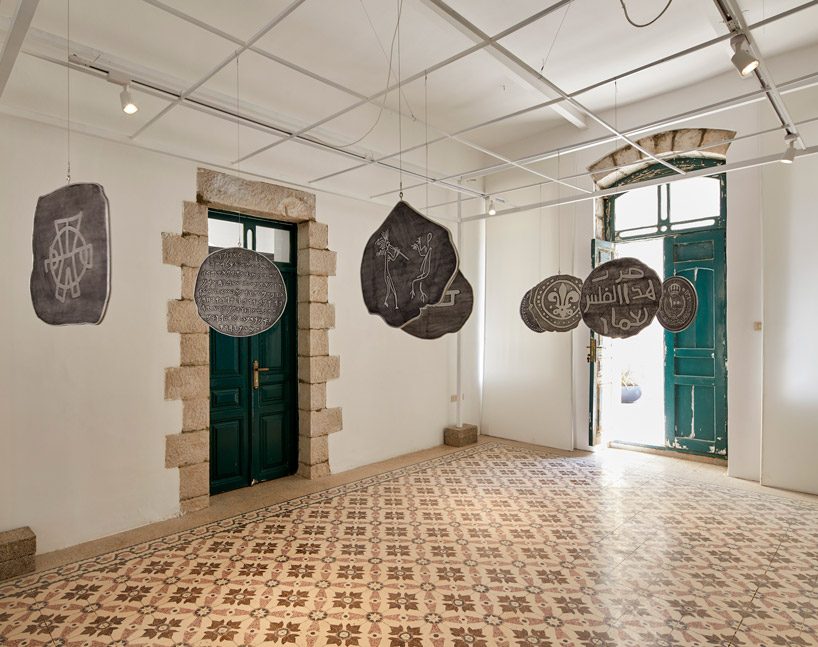 the pieces on display throughout the jordan script routes also gave international audiences an opportunity to understand and appreciate the cultural heritage of the region. hussein alazaat’s coin installation invited visitors to meander through large oversized coins, each one stamped with a range of various lettering including nabataean, greek, latin, and arabic. the work explores the past and present civilisations of jordan and the countries different scripts through time. 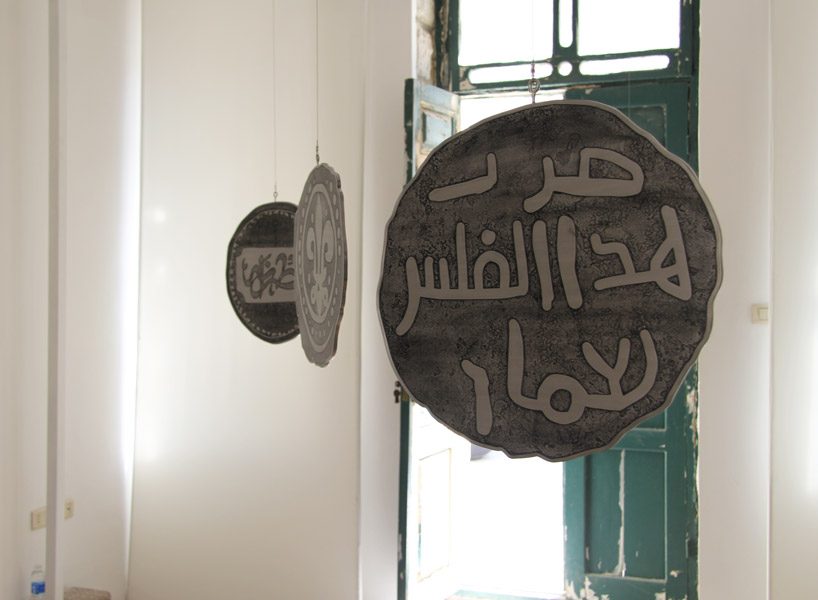 the exploration of sustainable materials also lead the way at jabal amman with material innovations. the exhibition explored new and alternative processes in addition to traditional techniques. although not displaying fully-formed products, the pieces most interestingly showcased the potential – or possibility – of methods such as bioplastics and kombucha leather growing. 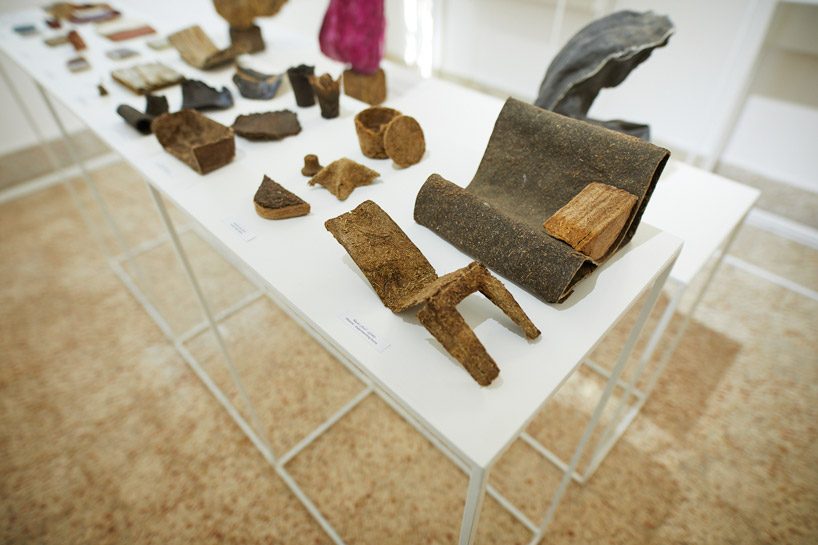 overall, amman design week 2019 underlined the importance of returning to regional craftsmanship and local materials to build a more sustainable and circular future. with the numerous exhibitions, talks and live musical performances, the event offered a glimpse into both the contemporary designers of the region and the long-standing history of craftspeople who have been using the ‘art of making’ to narrate and share their stories for centuries. 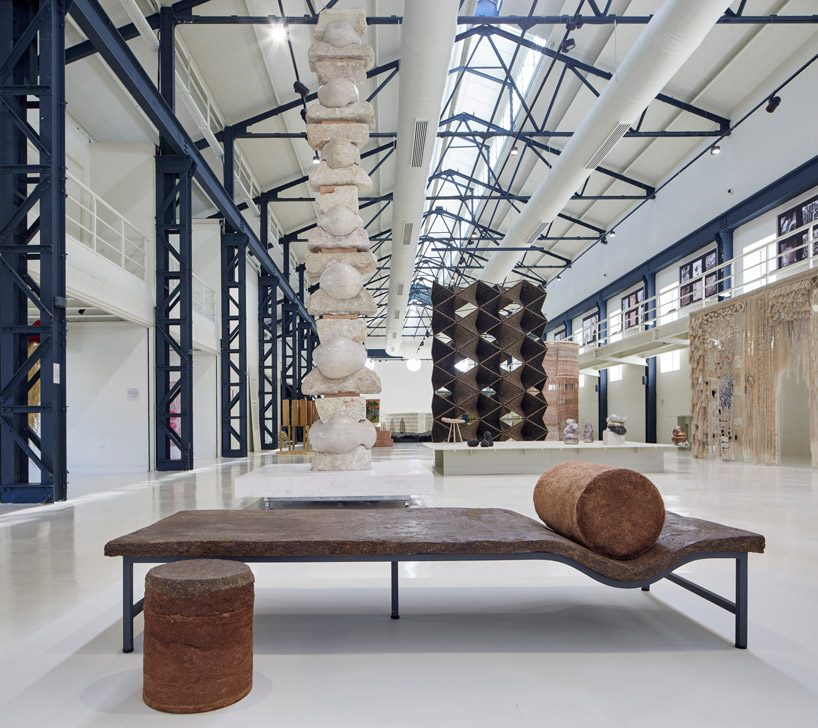 ‘made from jordan’ by twelve degrees at the hangar exhibition, ras el ain

the furniture set is made from palm leaves, olive mill waste and organic binder 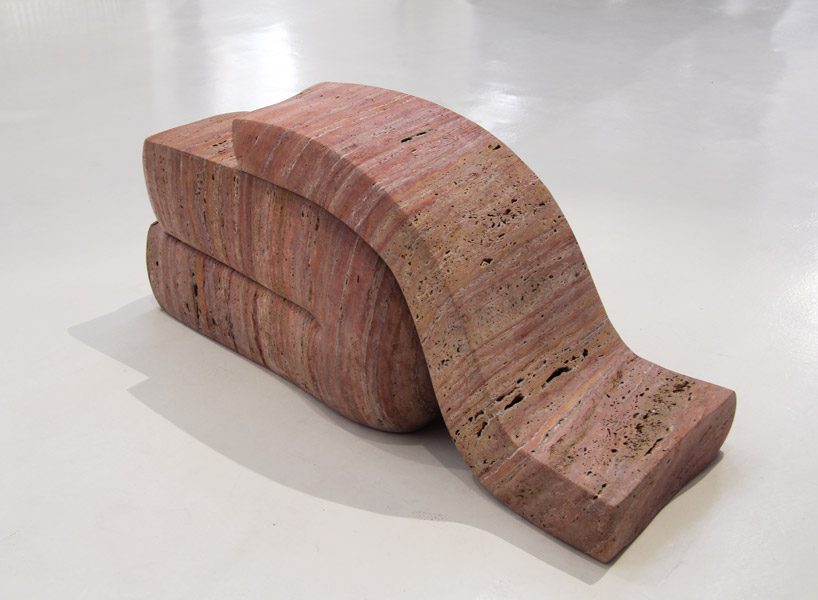 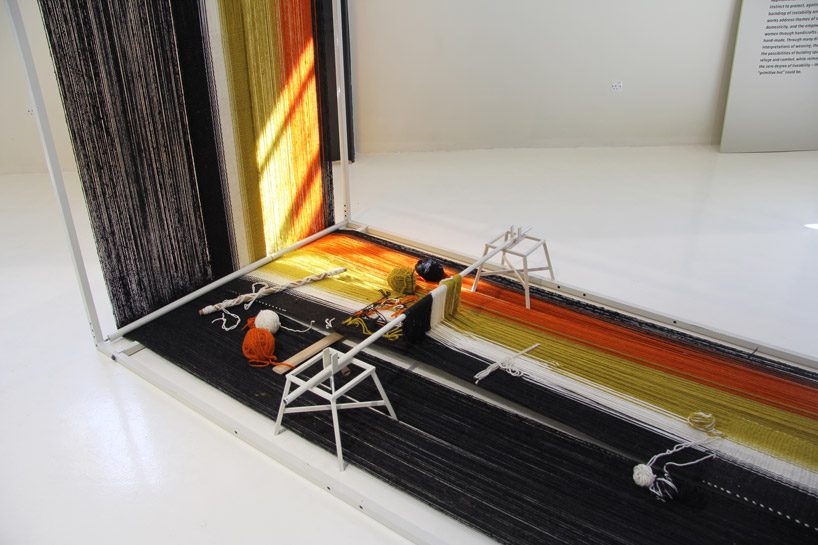 ‘creative being’ by ishraq zraikat at the hangar exhibition, ras el ain 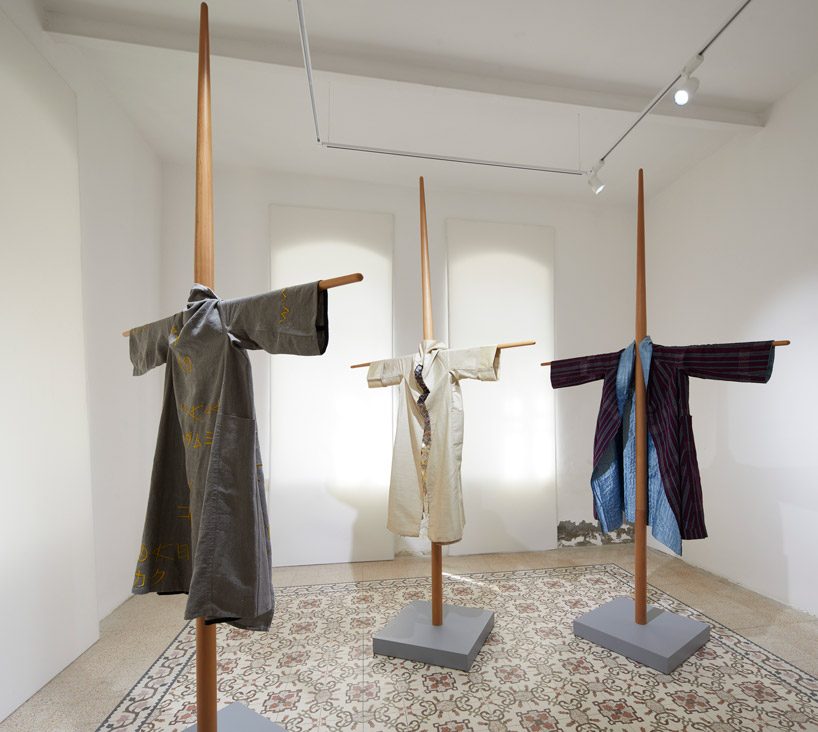 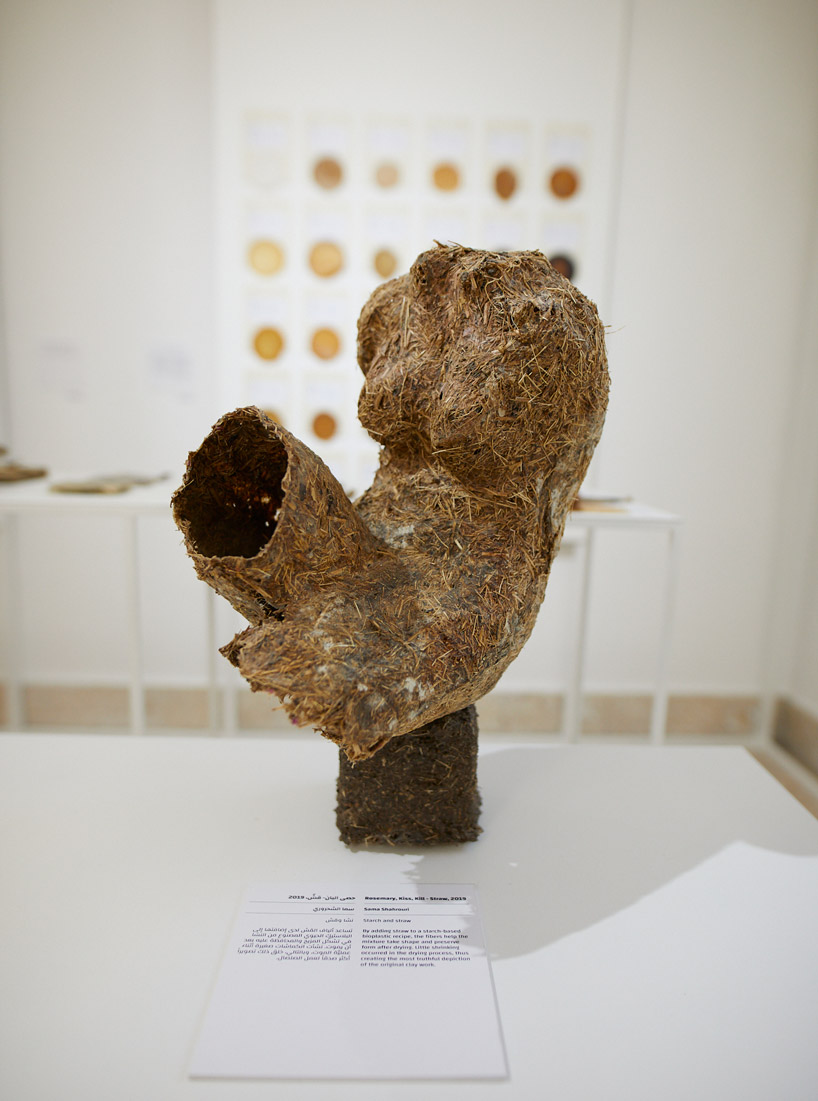 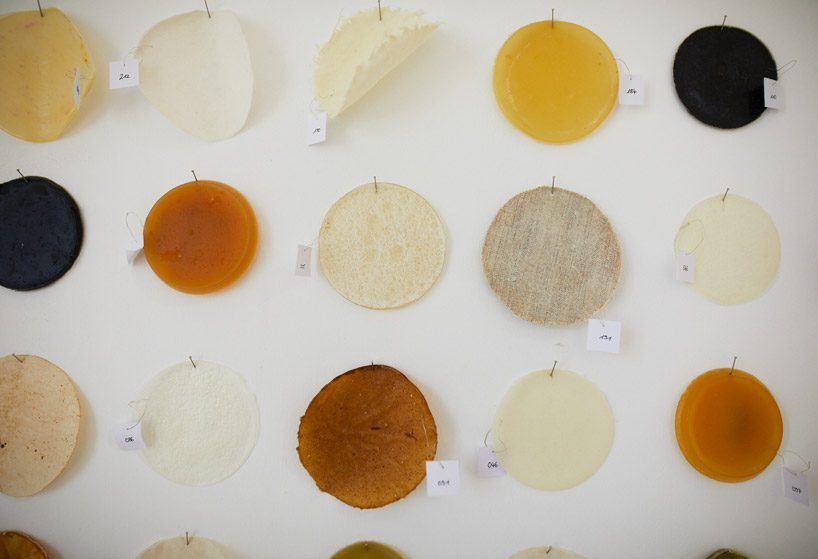 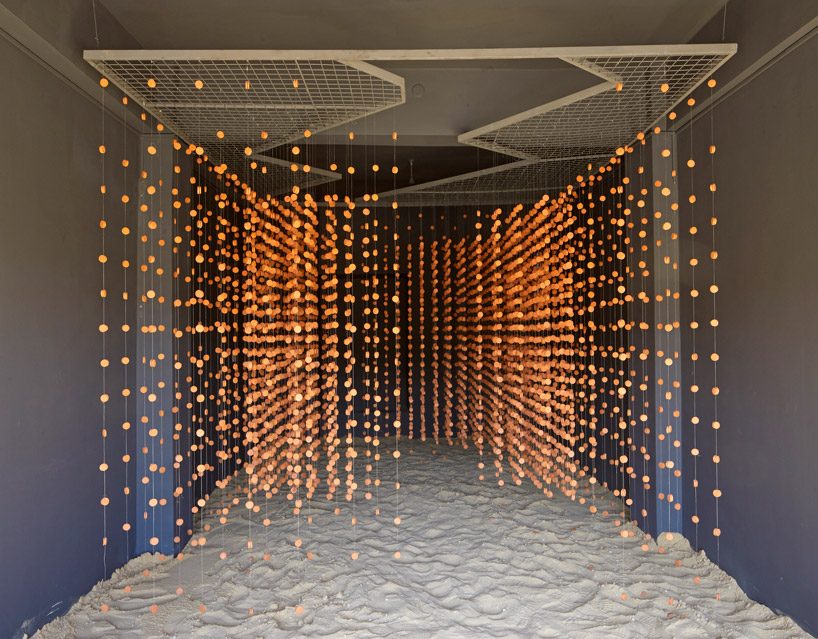 clay coins are composed to create a spatial experience 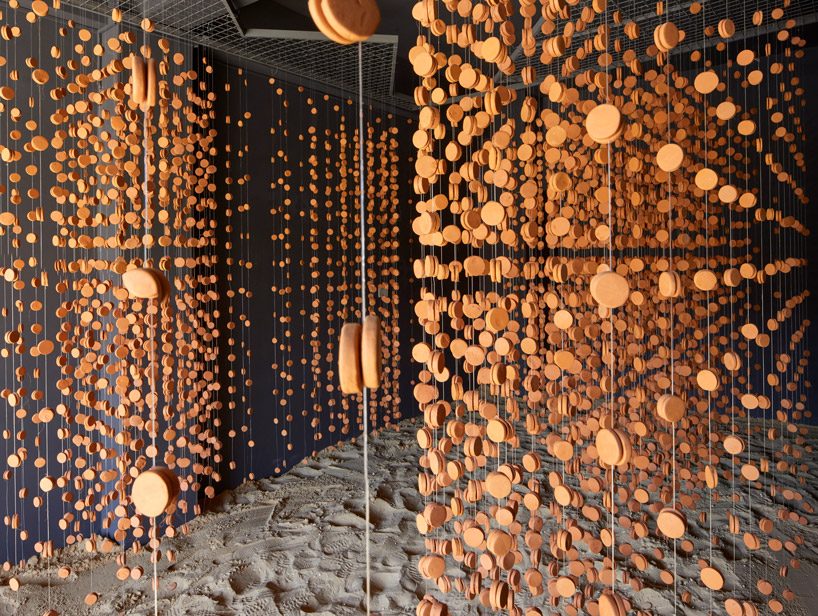 as passersby approach the installation, the dense block of coins opens up to a path

amman design week is a platform that works year-round to nurture and engage with designers and students from across jordan and the middle eastern region. headed by director rana beiruti, the initiative culminates in a 9-day event that welcomes visitors and creatives from across the globe to discover the cultural heritage of jordan and its up-and-coming designers. 2019’s design week, which marked the 3rd edition, took place between october 4-12 and explored work and ideas under the theme of ‘possibilities.’ 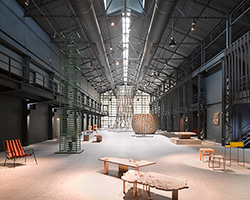