‘the analogia project’ is an experimental work by andrea mancuso + emilia serra presented at design days dubai 2013. in each of its iterations, the temporary installation is developed especially for the host site in which it is being shown.exploring and re-interpreting the notion of the empty gallery space, the project places objects in vacancies where they are able toboth connect and merge the surrounding environment. the piece challenges conventional spatial representations, shifting focus to the boundary between reality and unreality and the moment which exists between creative imagination and the realization of an idea.

each of the exhibited objects have been formed to mirror the likeliness of everyday items. the thread-drawn three-dimensional forms are actualized by the artists by portraying only the inner essence of the household object’s design. the shapes are products which are universally recognizable, and in this instance, reduced to their archetypal configuration through a minimalist visual language, resulting in a seemingly bi-dimensional piece. the third dimension is observed only by the movement and perception of the public around the work. through this sensory involvement, this flattened representation of everyday objects seems to grow within its chosen environment. 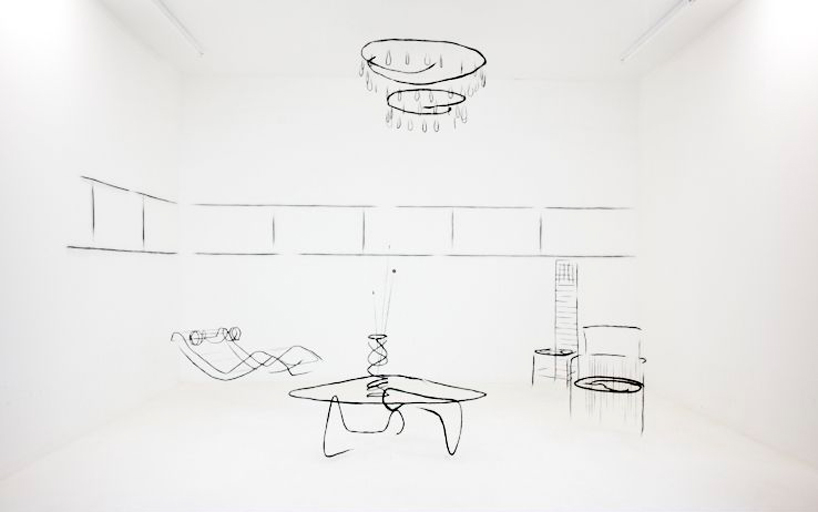 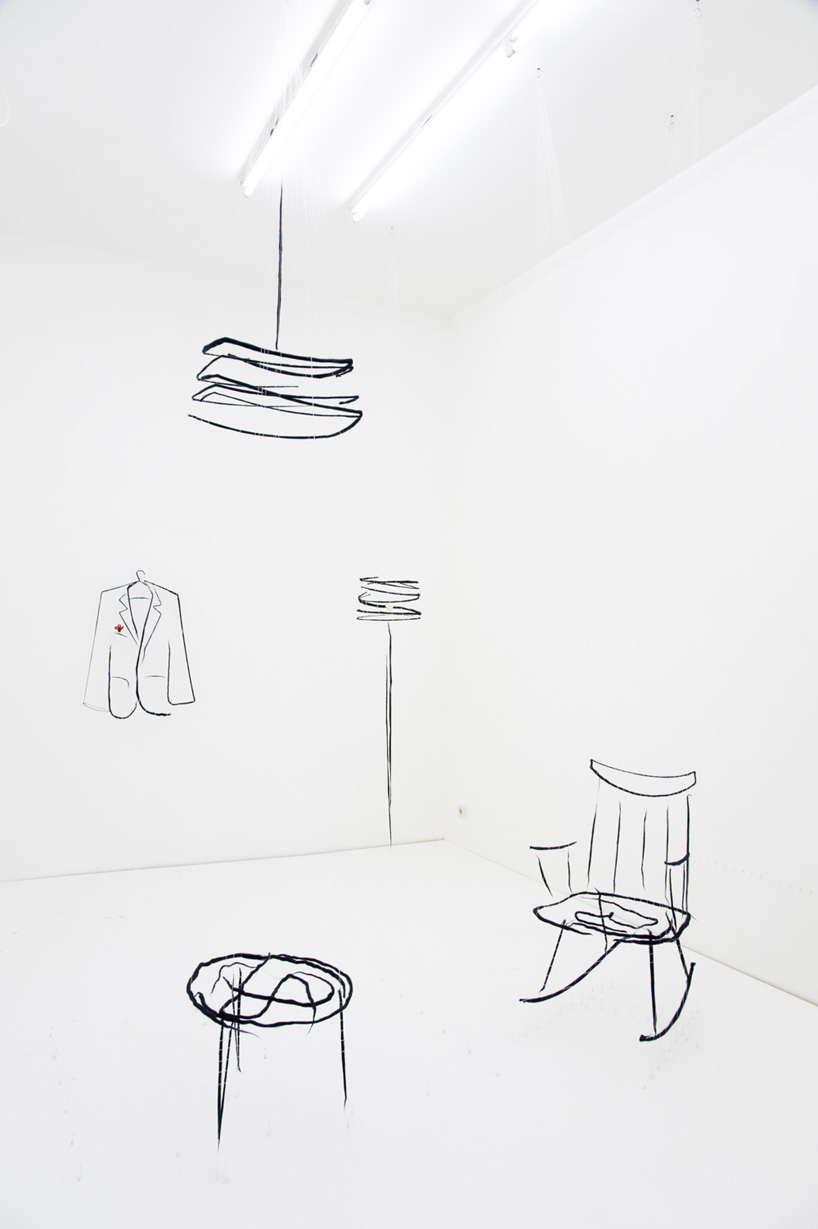 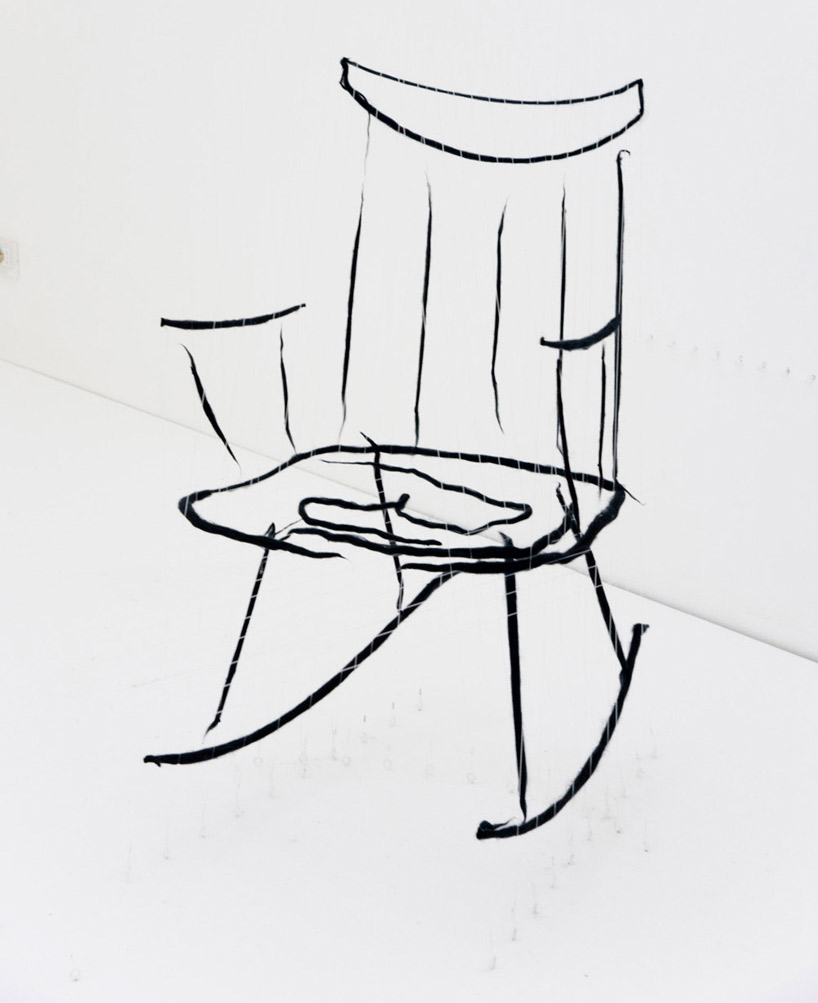 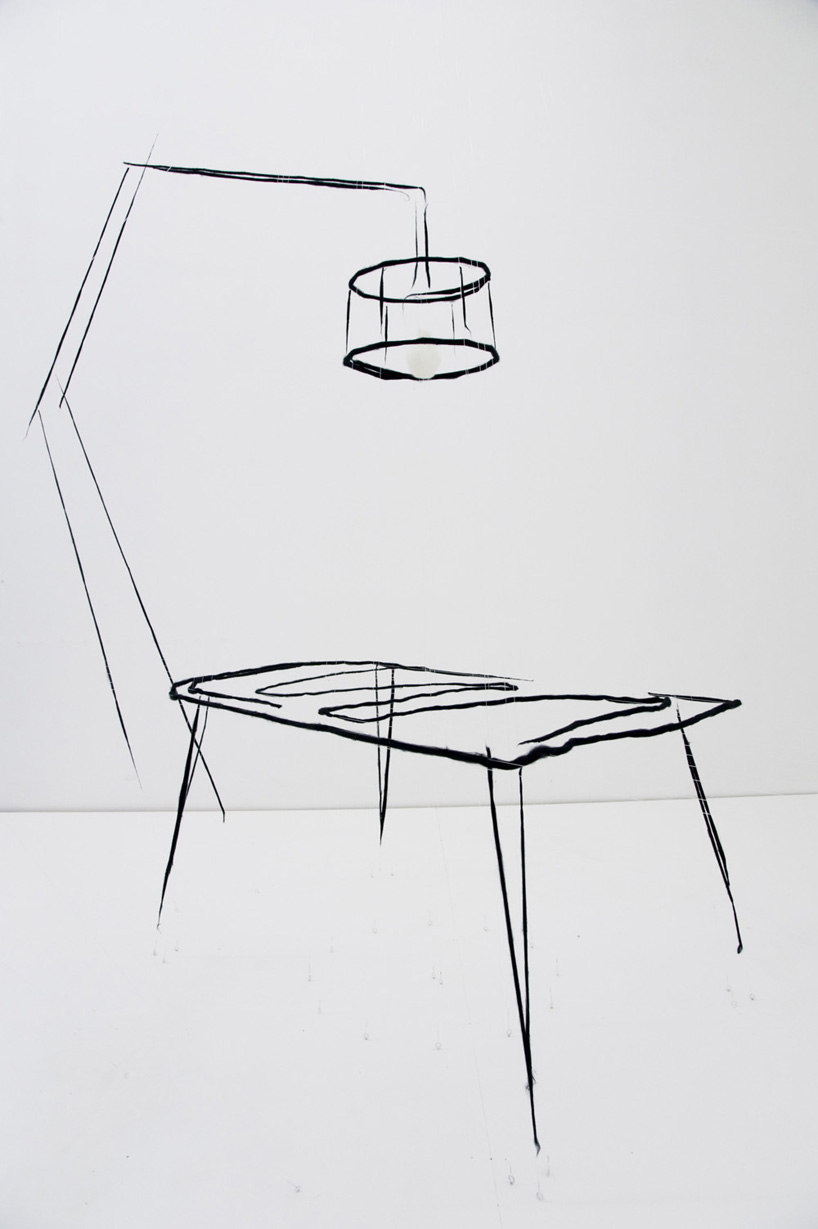 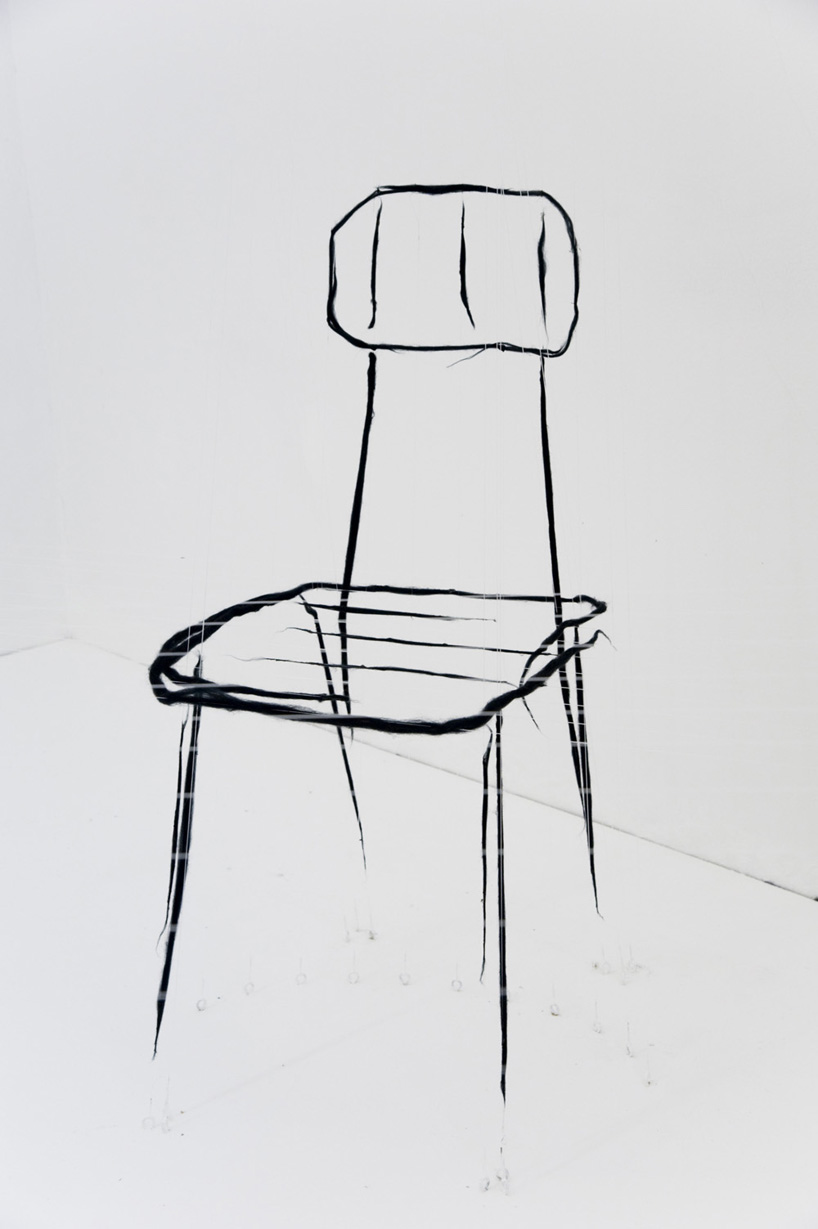 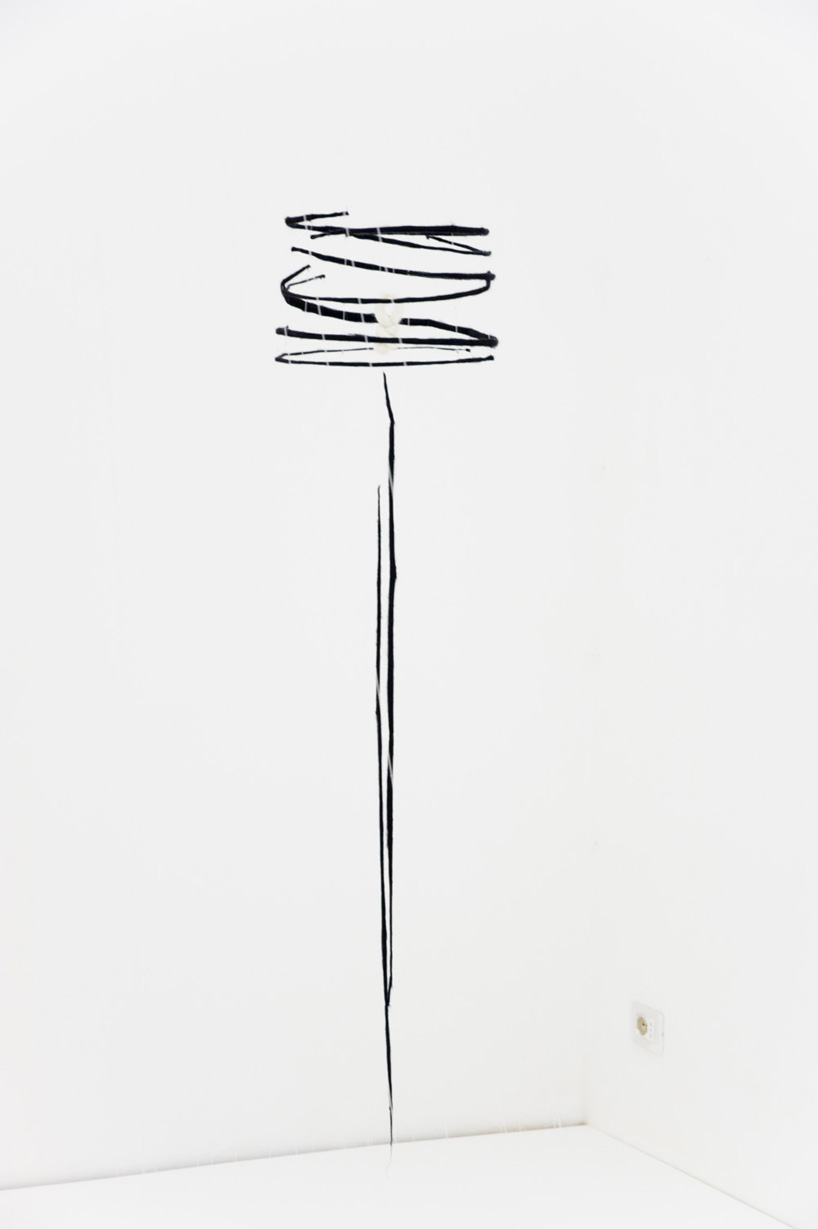 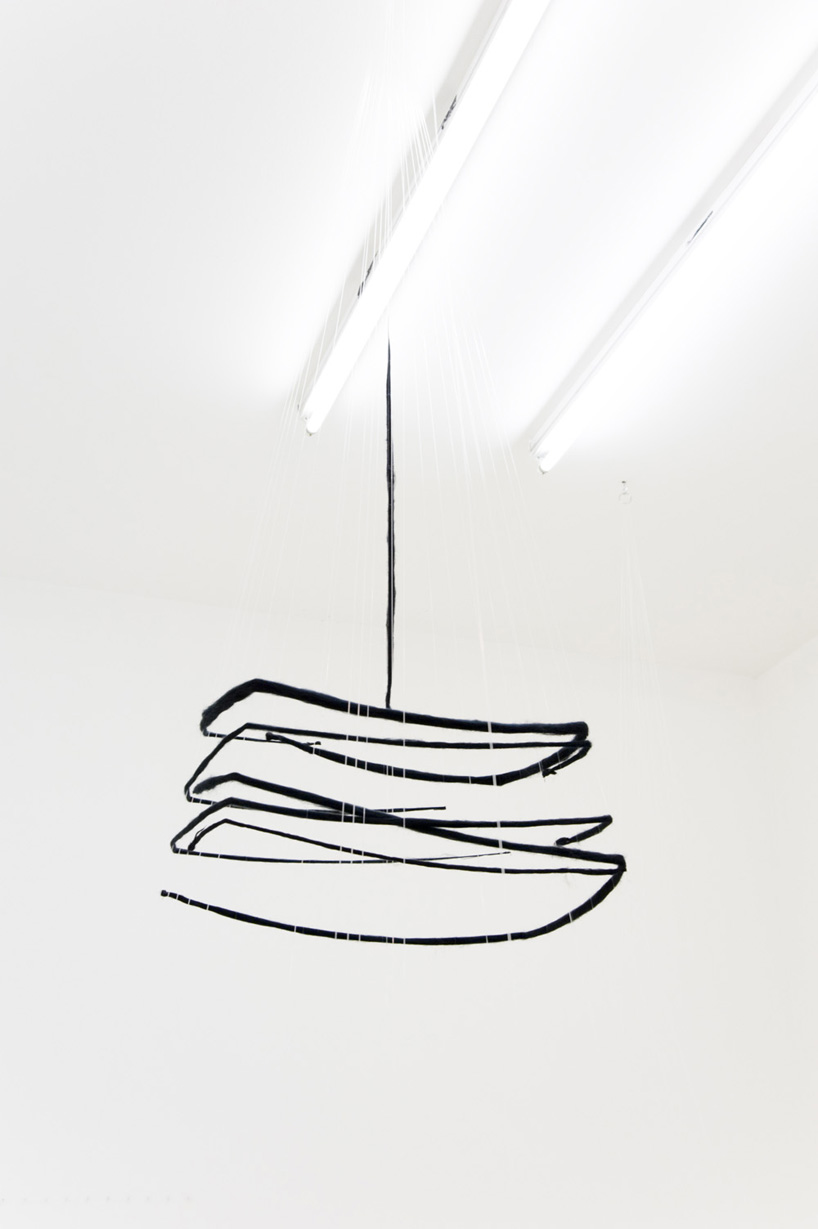 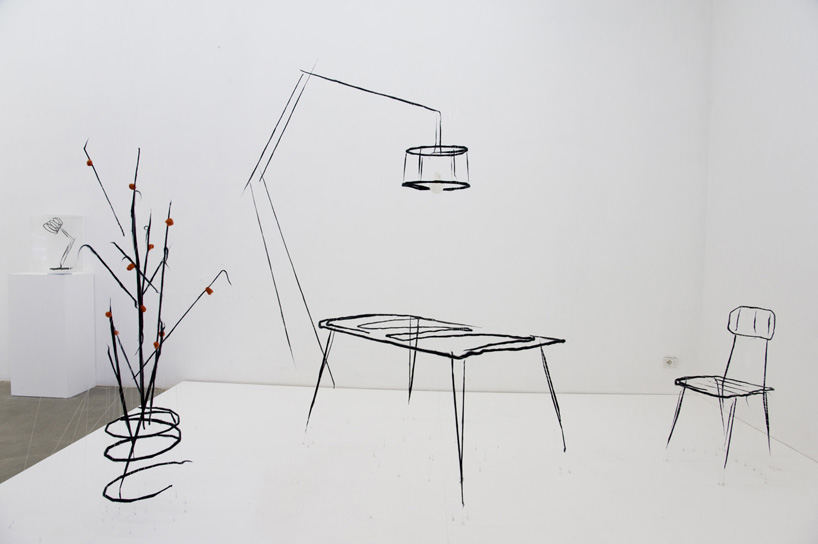 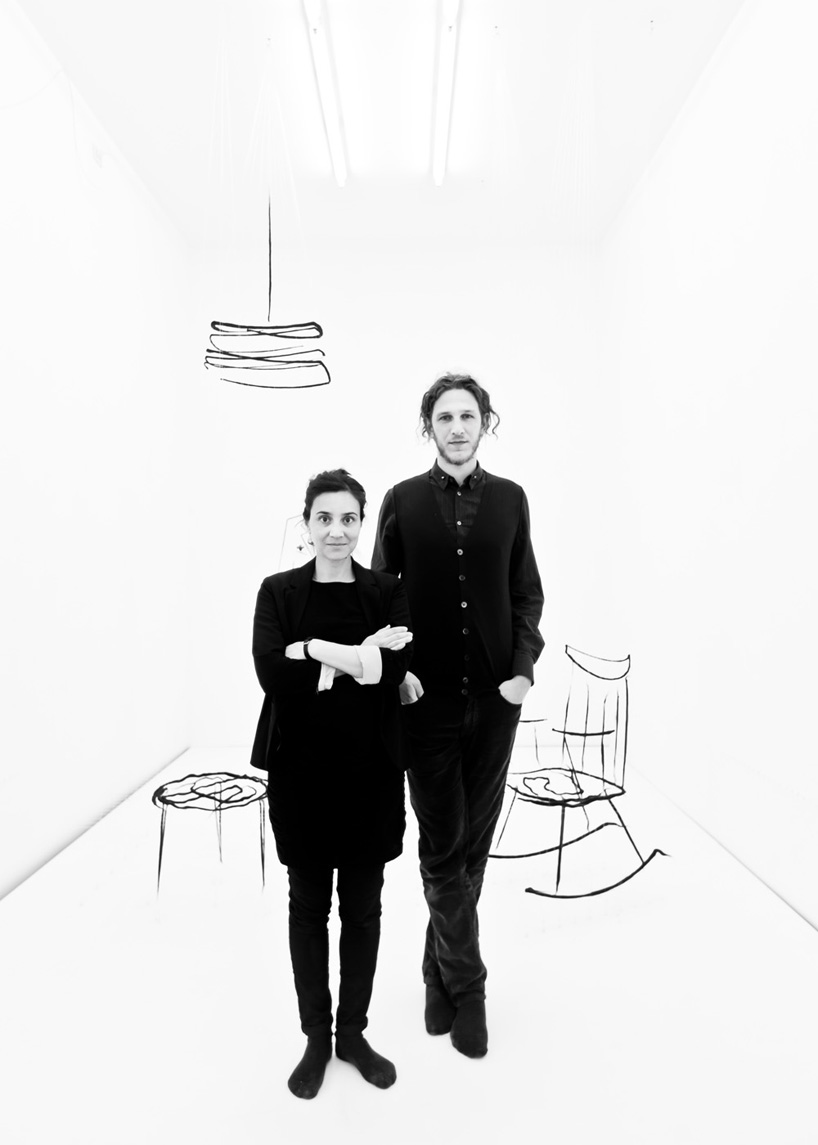 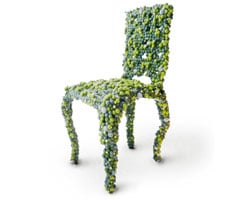 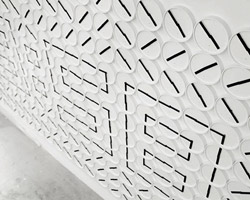