anatomist alice roberts has envisioned the ‘perfect’ human body — and it’s surprising scientists and spectators alike. the science museum in london and the BBC challenged roberts to redesign her own body without any of its evolutionary flaws, leaving out the cumbersome and otherwise useless human attributes we’ve developed along the way. the result? a pointy-eared, wide-eyed female figure bearing a baby-carrying pouch. 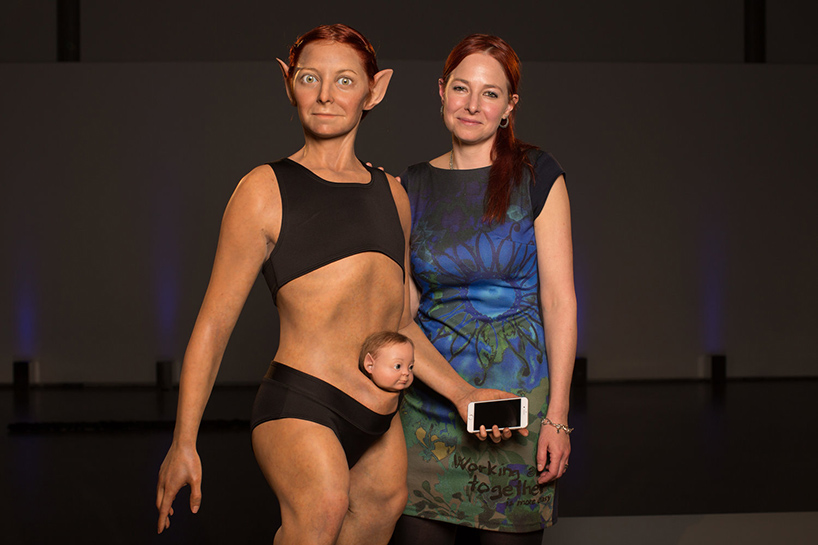 ‘I’ve embarked on an audacious scientific stunt – to rebuild my own body from scratch, editing out errors left behind by evolution – to create the perfect body,’ alice roberts says. ‘with the help of one of the world’s best virtual sculptors, scott eaton, and top SFX model maker sangeet prabhaker, I’ll create a life-size model of the perfect human body, and reveal it in front of 150 people at london’s science museum.’ 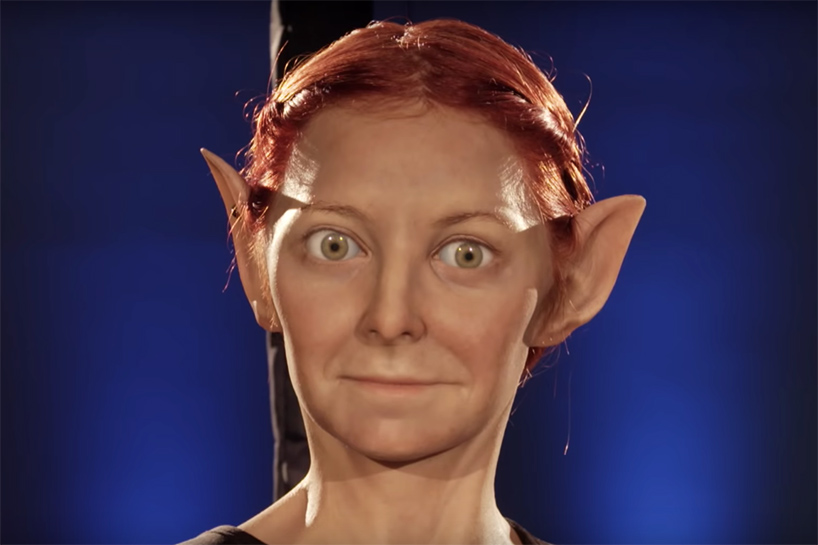 roberts worked with sculptors scott eaton and sangeet prabhaker to create a life-sized model of the resulting ‘human’, which is on view at the science museum as part of the exhibition ‘who am I?’. ‘alice 2.0’ has a the sturdy lower back of a chimpanzee, to combat human’s back problems; shock-absorbing legs, to minimize impact; a neck that houses a choke-proof windpipe; large mobile ears and supersize eyes; and a marsupial pouch for painless childbirth. the story is told in the BBC4 documentary ‘can science make me perfect?’ 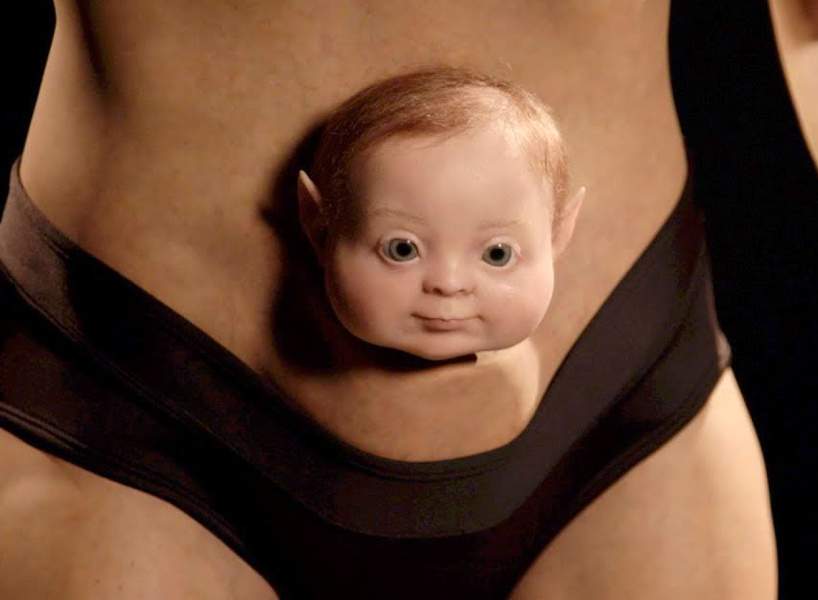