general manager of MINI design, anders warming has developed ‘MINI sintesi’ an installation presented as part of interni‘s ‘mutant architecture and design’ exhibition on show within the courtyards of the università degli studi di milano.

the work visualizes an artistic interpretation of the MINI family principle that ‘all family members derive from the same nucleus and share the same genes, yet show different and individual characters.’ 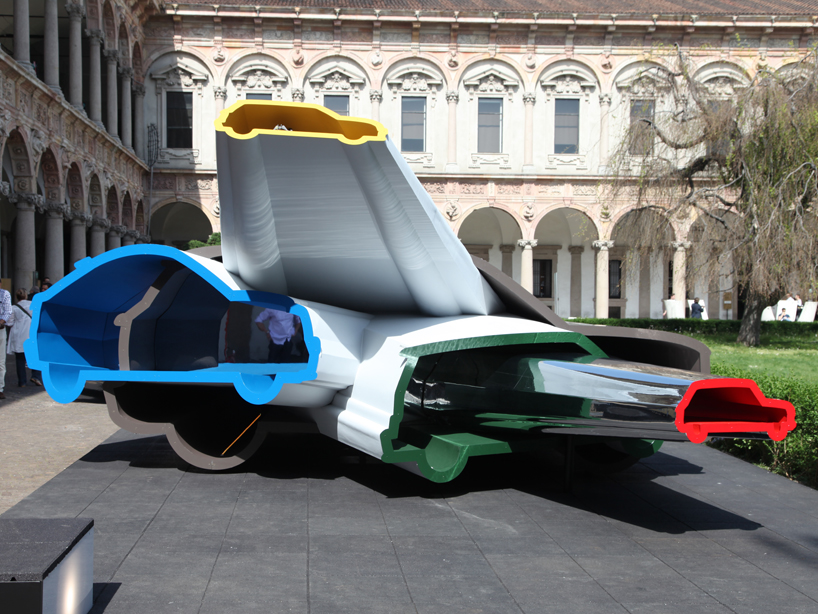 the sculptural body of the piece at one end, converges into a set of five different layers showing the colored outlines of the MINI model range. based upon sir alec issigonis’ original MINI as the innermost structure and core of the set-up, the installation follows the brand’s evolutionary principle ‘from the original to the original’ in relation to the MINI concept coupé, the MINI hatchback, the MINI clubman and cluminating with the MINI countryman as the outer layer. the models appear as extruded outlines that extend outwards in different directions, showing the potential of the family of cars and their continuous and progressive evolution. the outer shells have a chrome appearance, reflecting the surrounding historical architecture of the space. 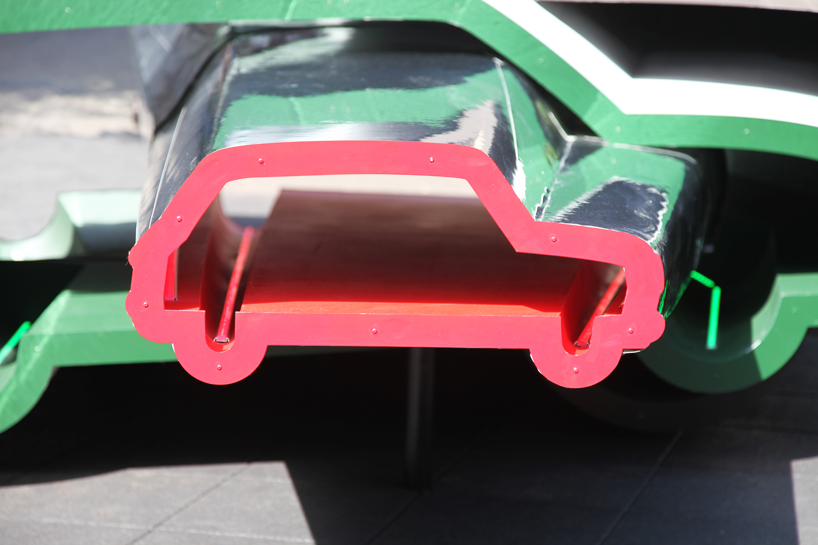 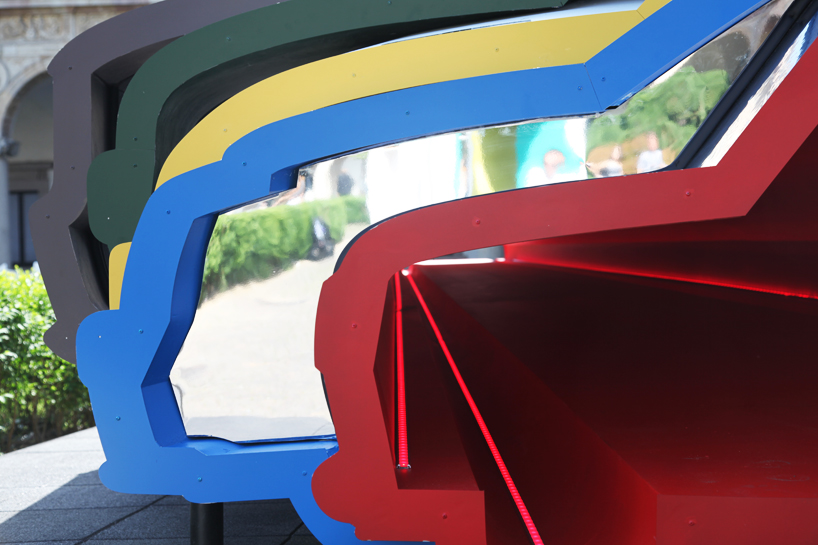 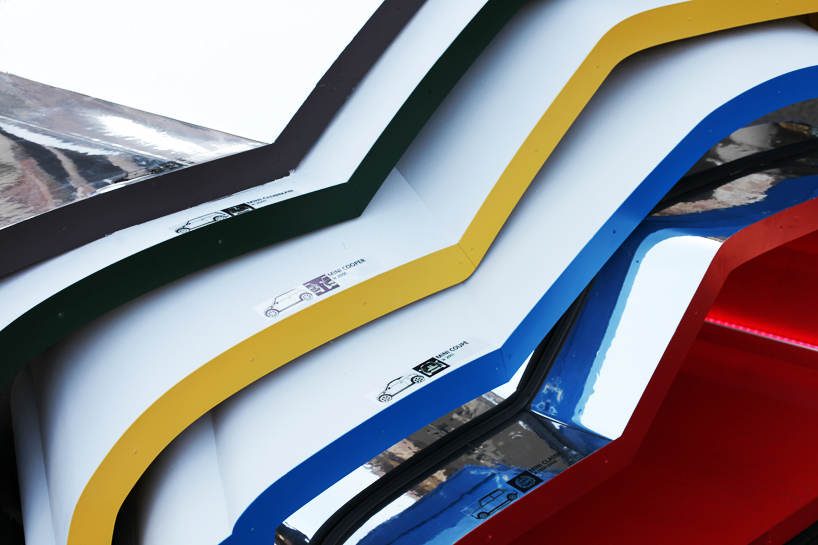 the end where the five different layers converge image © designboom 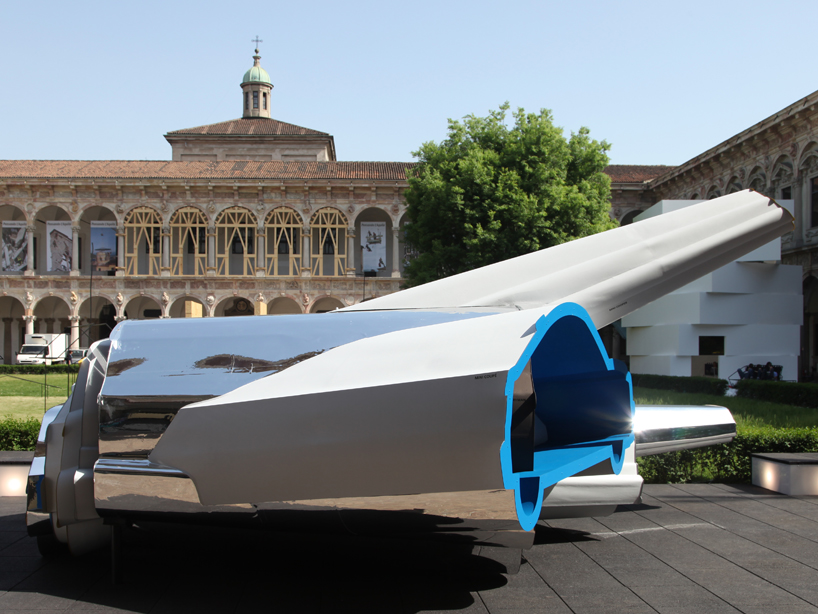 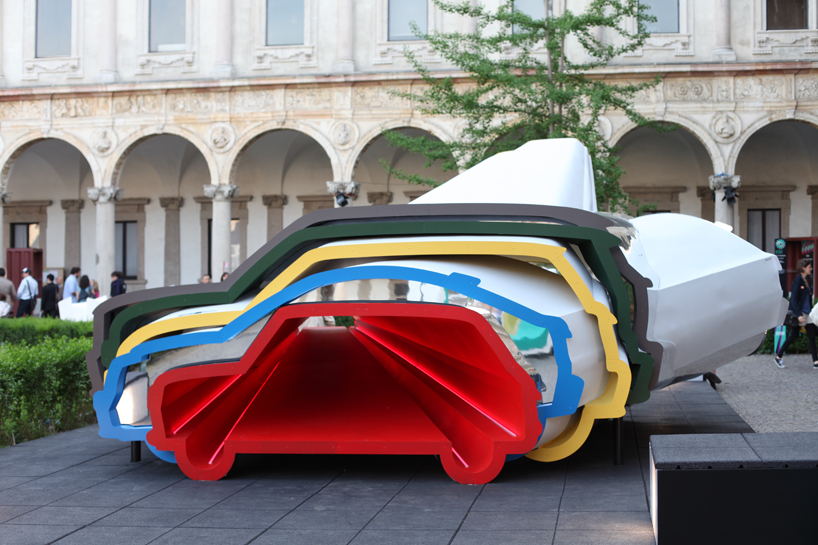 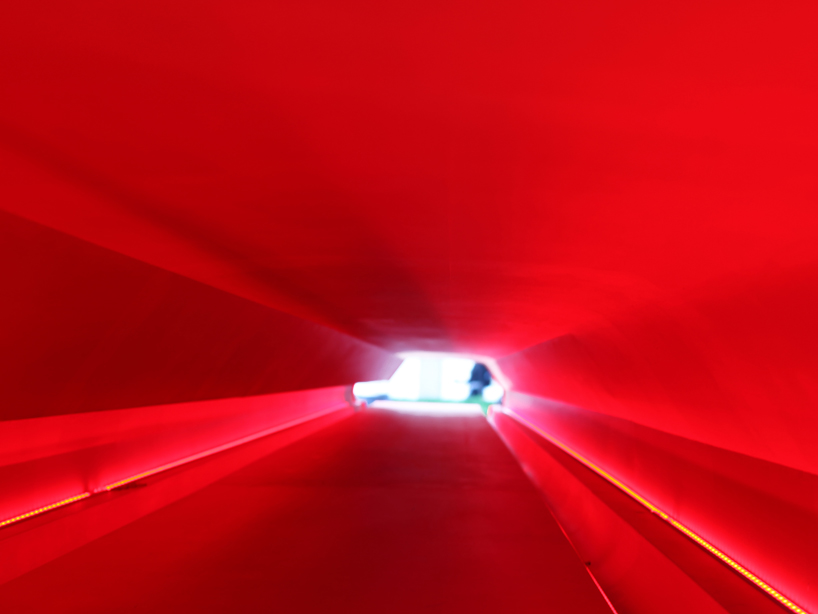 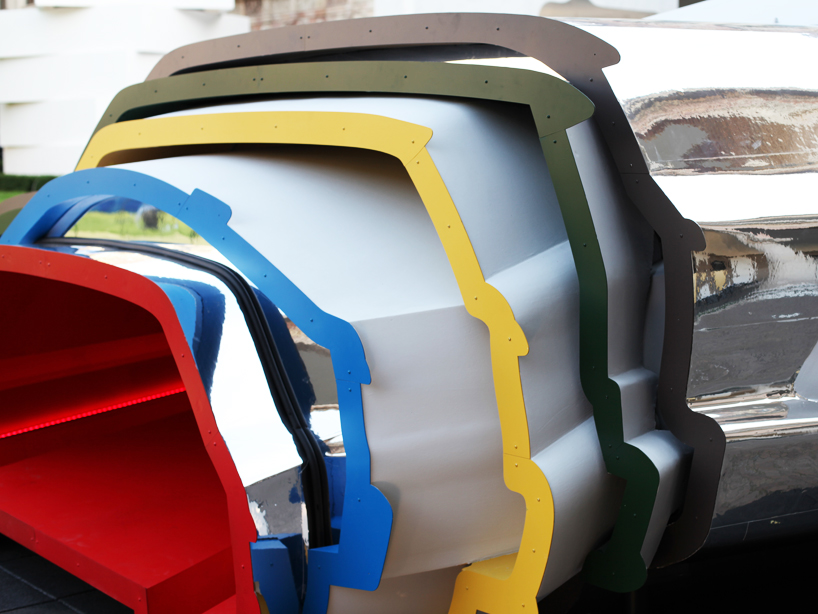 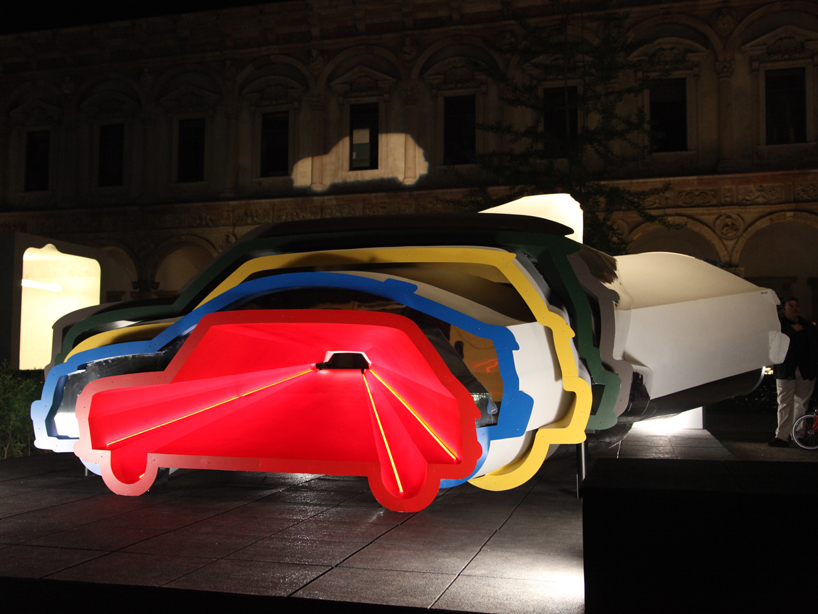 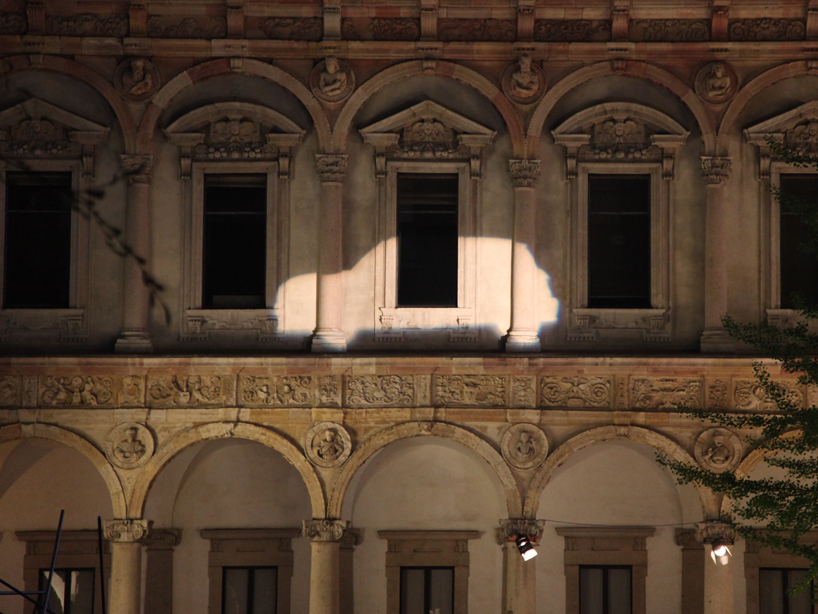 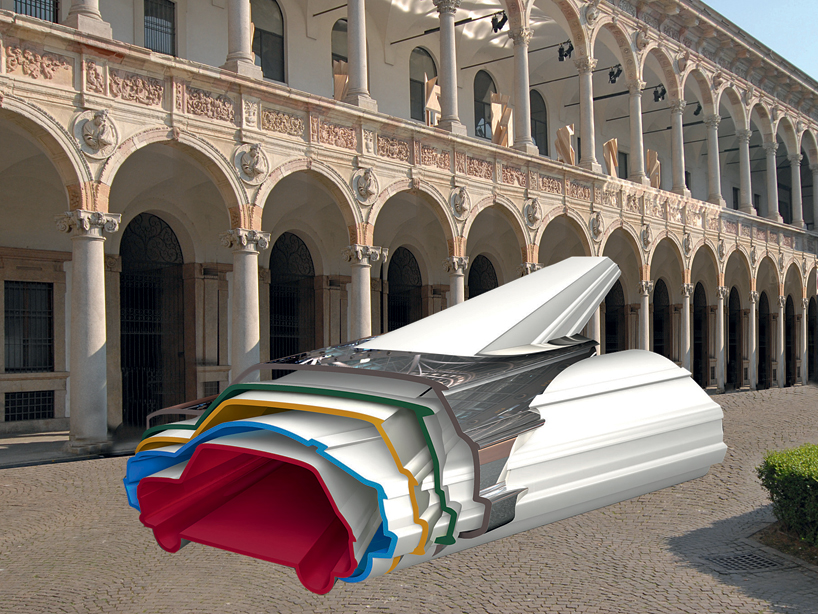 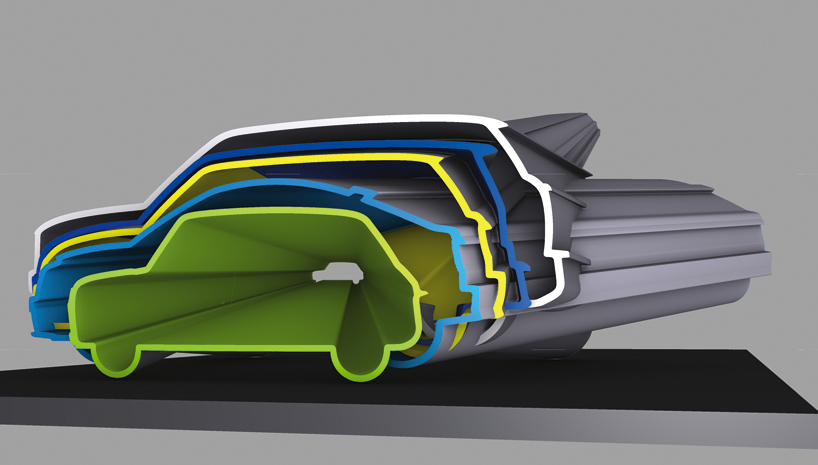 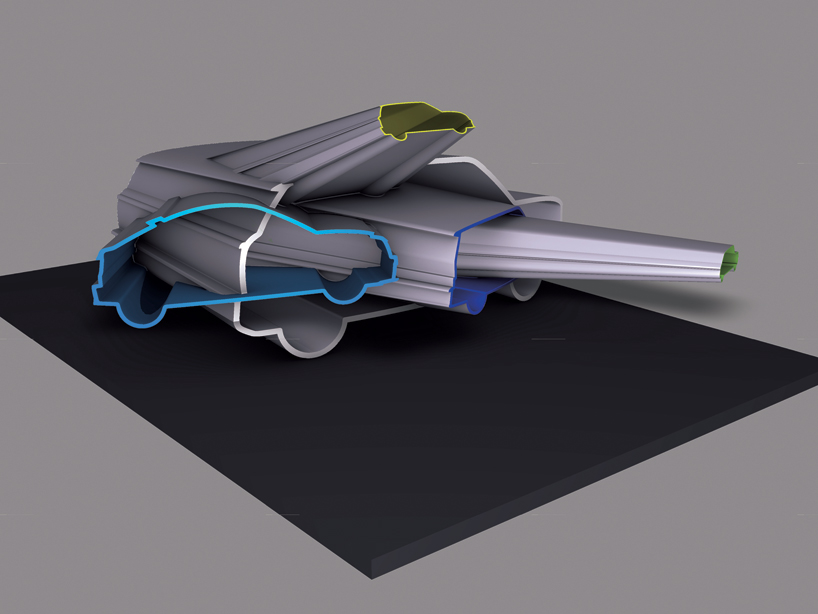 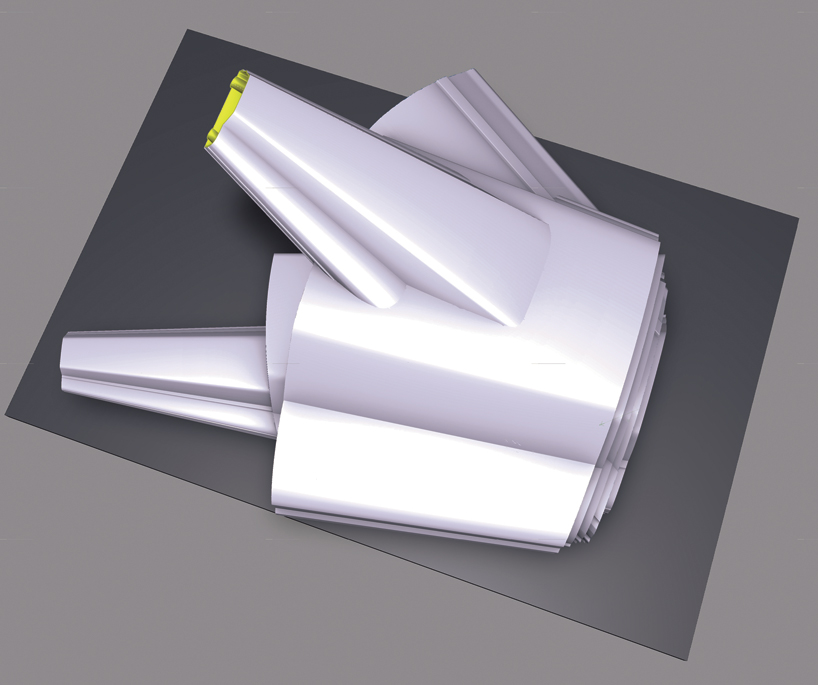 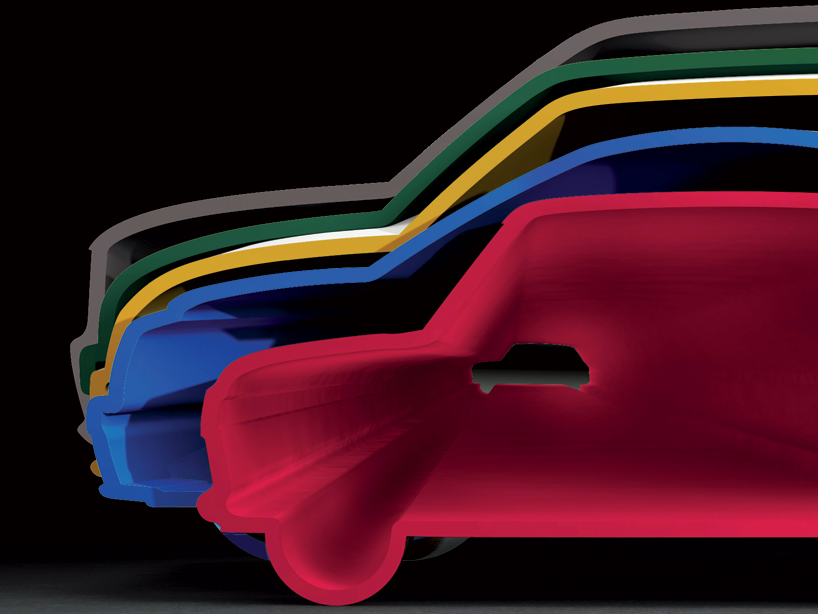 a view through the converging cars