on april 1, 2020, new york gallery friedman benda initiated a series of online interviews aimed at connecting individuals across the world with leading voices in the creative field. design in dialogue is a conversational program hosted alternately by curator and historian glenn adamson and designer stephen burks that engages with designers, makers, critics, and curators as they reflect on their careers and creative processes. against the backdrop of COVID-19 and global lockdowns, the conversations are held virtually on zoom for 1 hour for anyone in the world to tune in to, and include a participatory Q&A with the audience in attendance. friedman benda has since presented more than 40 episodes, and will continue with a lineup of future guests, each offering unparalleled insight into the sensibilities, musings, and memories of today’s creative protagonists. see our recent feature of thaddeus mosley on sculpting with the spontaneity of jazz, and paul cocksedge on object-making at all scales.

on november 2 2020, design in dialogue welcomed the great luminary of italian design and architecture, andrea branzi, who discussed his long and influential career. born in florence in 1938, branzi was a founding member of the experimental group archizoom, which envisioned the ‘no stop city’ among other projects. a key member of the studio alchimia, founded in 1976, he went on to associate with the memphis group in the 1980s. in a three part interview spanning several hours with dr. catharine rossi — a UK-based design historian, and associate professor at kingston university — branzi delved into his background and upbringing, his ideas about urbanism, and his roles as curator, writer, editor, and educator.


watch part I of the video interview at the top of the page, and parts II and III below. stay tuned as designboom continues to share design in dialogue features. see all past episodes — and RSVP for upcoming ones — here.

in part 1 of the series (see video at the top of the page), andrea branzi introduced his origins, early career, and  involvement with radical design collectives such as archizoom, global tools, and alchimia. he spoke about the social, political and cultural context of this time, graduating from the university of florence in 1966, and there being ‘a tide of transformation that was obvious to see.‘ it was against this backdrop that he and fellow students massimo morozzi, gilberto corretti, and paolo deganello — who would go on to form archizoom associati — presented their graduation thesis that was ‘already explicitly a clear product of radical design, of innovation, of experimentation…’

soon after, branzi began to notice a large number of small avant-garde groups in florence emerging, and a dynamic scene of radial design groups representing a break with tradition. ‘some of [the groups] had elements that were more political, others more artistic, others more professional or more philosophical. each group had its own logic, a different way of working. in fact, in a certain sense we remained very different from each other, even after many years. nevertheless, our involvement in the radical design movement created a bond between us, that in a certain sense lasted forever. we think of each other like fellow soldiers in a war.’

in part II (below), branzi presents his ideas about urbanism and the history of utopia, taking one of his most well-known projects — no stop city from 1969 — as its departure point. ‘no stop city’ is a theoretical project — a model for global urbanization based on the idea that advanced technology could eliminate the need for a centralized modern city. branzi describes it as ‘a kind of developmental vision of design, no longer tied to a perimeter, to a defined space, but rather as an idea in continuous development in continuous transformation.’

in questioning the character of existing cities, the proposal presents a metropolis with repetitive patterns and multiple hubs, within which individuals would have a large degree of freedom to build within a regulated system. the site is imagined to extended infinitely through the addition of homogeneous elements adapted to a variety of uses. ‘it doesn’t belong to the past or the future, but to a continuous present,’ branzi says. ‘it’s something that is not precisely articulated. rather it belongs to another kind of intellectual process that is still a part of me in a certain sense, regardless of how long ago it was, and how different it is from the subject of my recent work.’


part III (below) concluded with a conversation about broader understandings of design culture, taking in the full scope of branzi’s expansive practice, including his roles as a curator, writer, editor, and educator. branzi approached the term cultura del progetto, or design culture, and what it means within a social, cultural, or political context, saying that it’s not easy to define. for him, professional design activities have always been immediately interconnected with his personal life. ‘in reality my mode of working, and that shared as well by others whom I’ve known in the environment in which I gathered my experience, was never of the truly professional kind,’ he says. ‘I’d say it’s more like a domestic scenario, a very full house, bursting with inter-familial connections, including both people and animals. my work is not separate from my private life. rather, the two are closely integrated.’

— and with a career encompassing hundreds of projects over the course of several decades, branzi cities a ‘continual joy’ throughout his professional and personal endeavors. ‘all the projects that we did, at least the most important ones, were always accompanied by a great deal of laughter. we shared immense joy in living and learning.’ 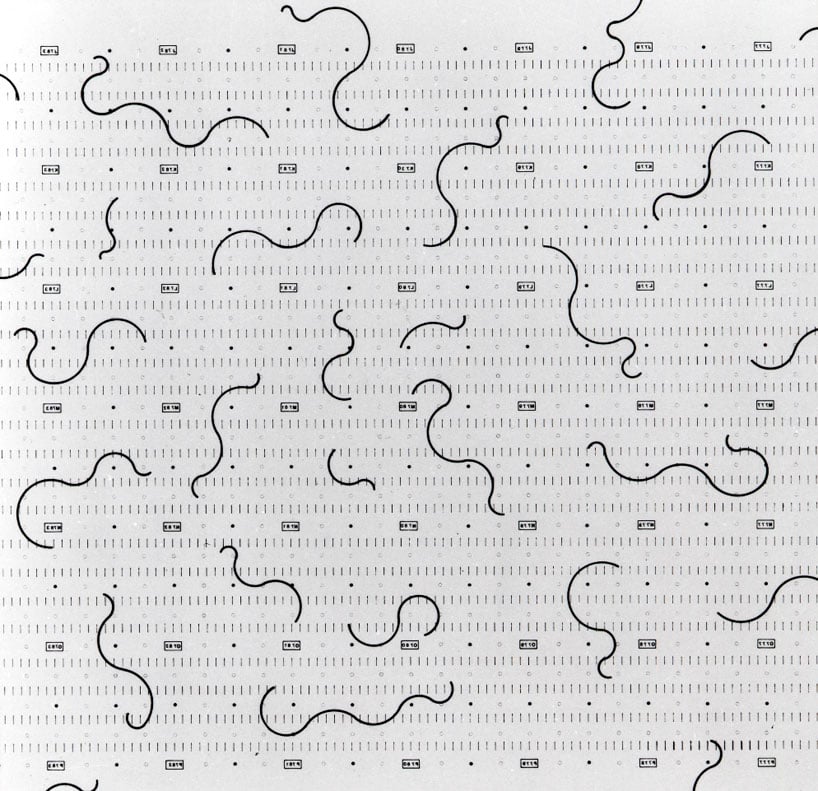 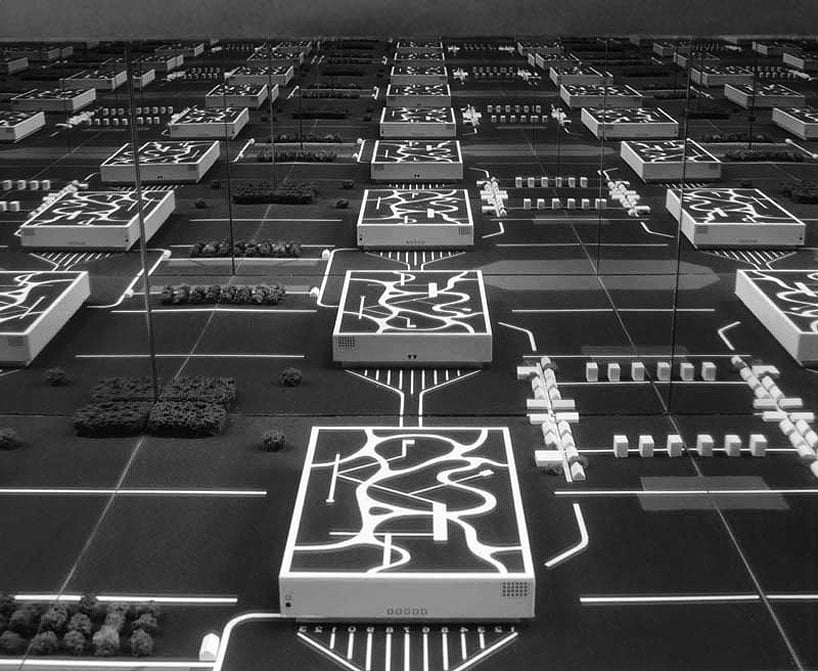 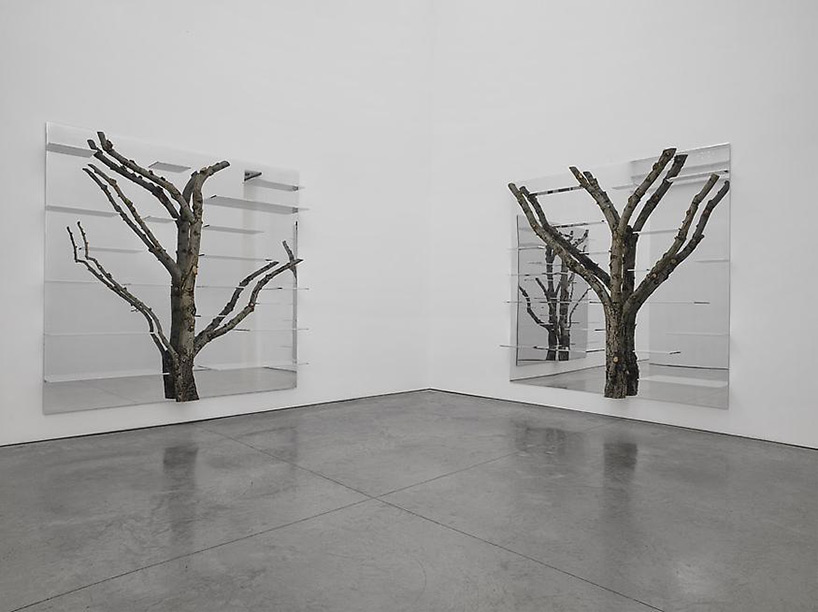 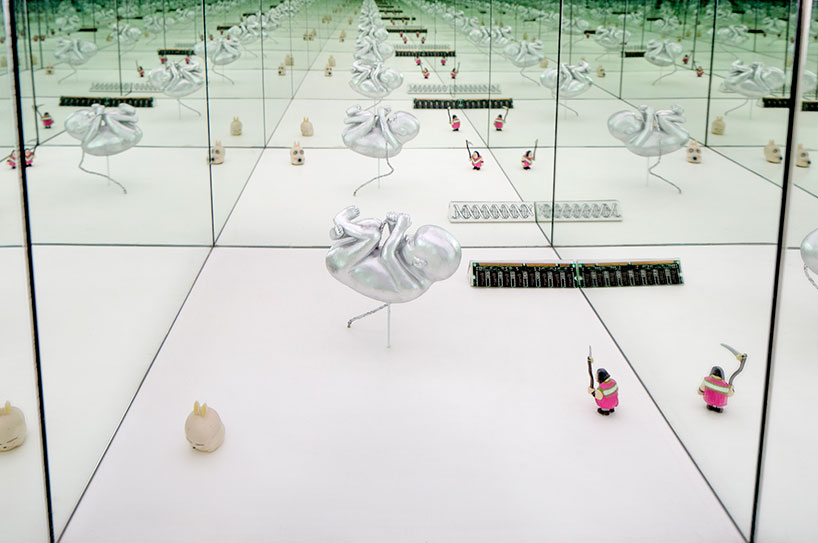 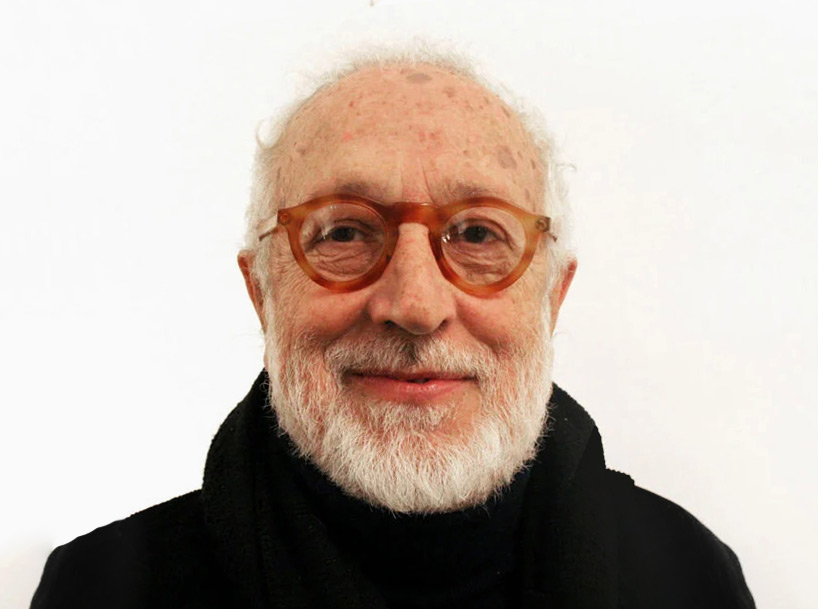 portrait of andrea branzi © designboom, from our interview in 2003

watch the full video interview with andrea branzi at the top of the page and stay tuned as designboom continues to share design in dialogue features. see all past episodes — and RSVP for upcoming ones — here. 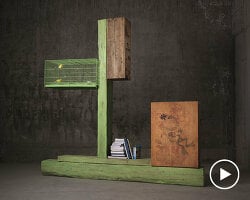 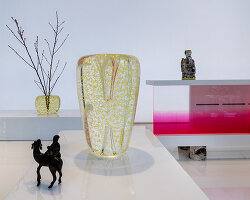 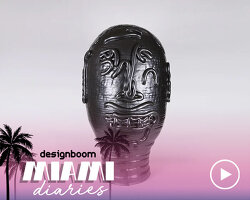