milan design week 2017: italian designer andrea ponti introduces his latest creations titled ‘shadows in the windows’. the collection portrays hong kong’s urban landscape through two symbolic elements: a window and a seat, combined to create eight colorful variations. the designs are set to be exhibited at the ‘selected objects’ pavilion during the superdesign show 2017 by superstudio più. 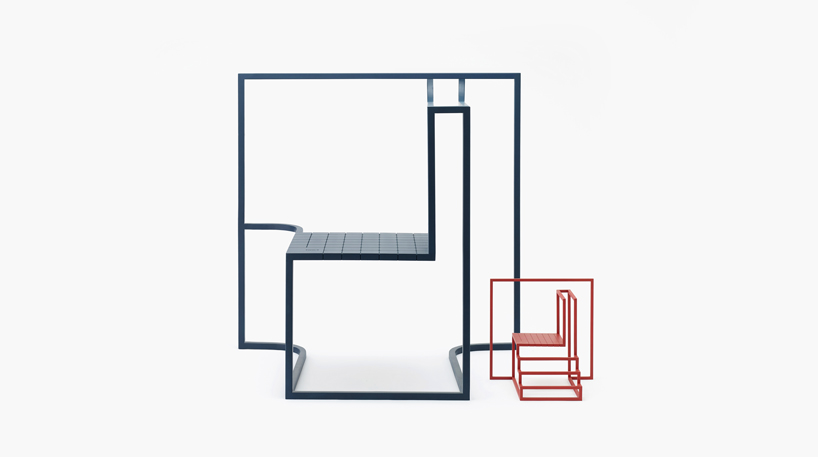 for the superdesign show 2017, ‘shadows in the windows’ by andrea ponti will offer visitors a glimpse into the chinese city’s overwhelming character. according to the designer, the window is the architectural element that best represents the concept of urban density. in large apartment blocks and high rises, these openings appear standardized and impersonal. at first sight, they seem to repeat into grids of identical rows and columns. yet a second glance will reveal the story behind each window: the story of people living behind it, occasionally projecting their contours and shadows over it. what emerges from that is a unique urban scenery made of frames and silhouettes, lights and shades, textures and colors. 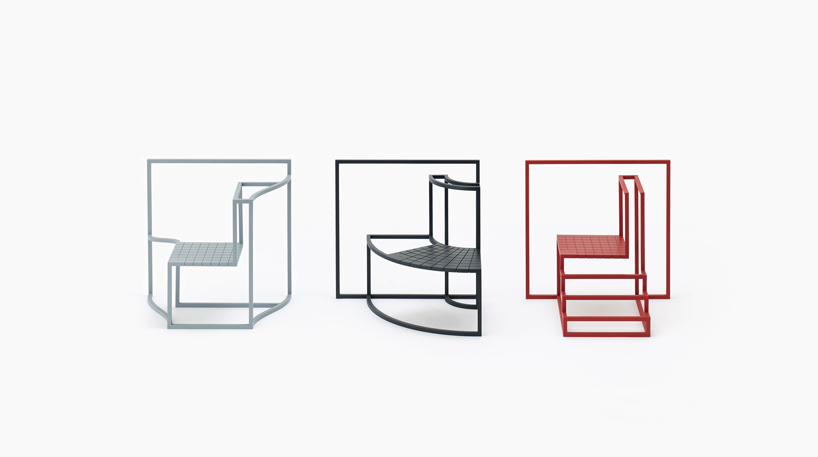 the seat by the window is another crucial element that contributes to understanding hong kong’s urban landscape. the furniture projects its contour and shadows over the window, representing what is behind it. hence, ponti has developed eight seats with eight shadows over eight windows. the entire collection shares the same concept of a square window frame, the contour of a chair, clean lines, steel and ABS. however each seat embodies a unique version of the design concept through variations in the patterns, shape and orientations. 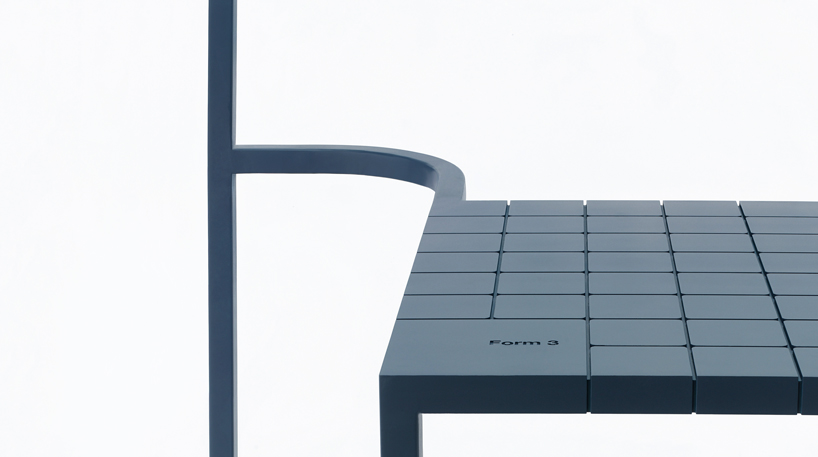 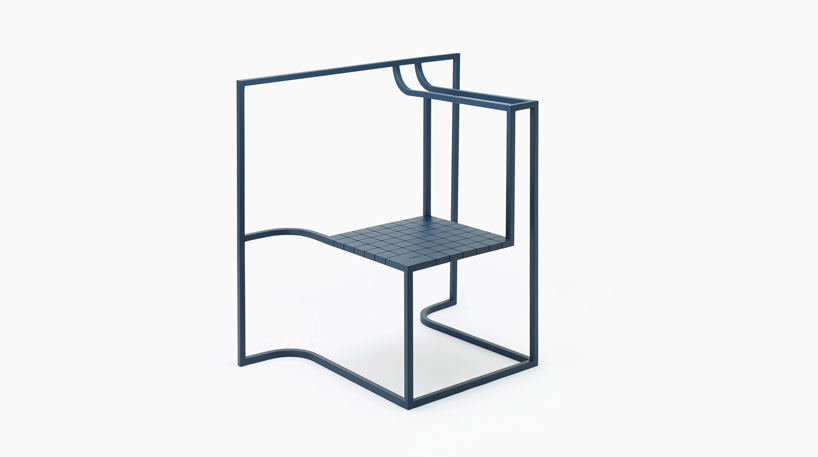 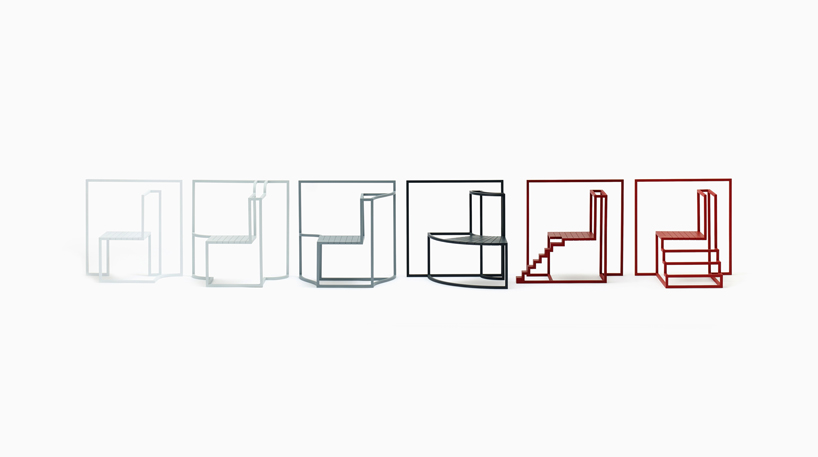 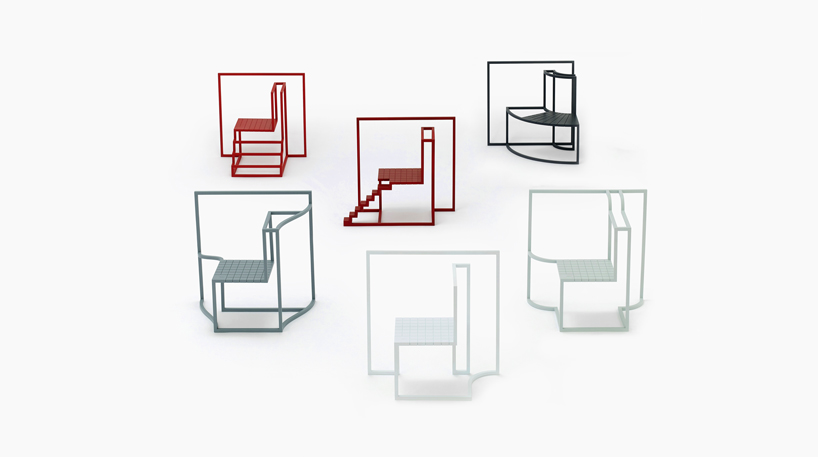 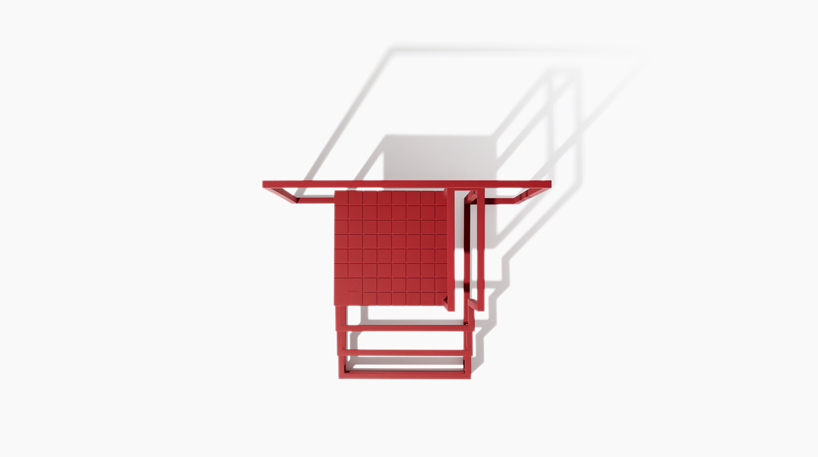 the project represents the relationship between the individual, the product, and the urban landscape 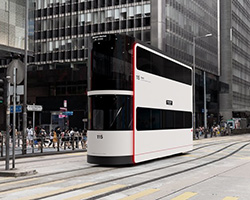 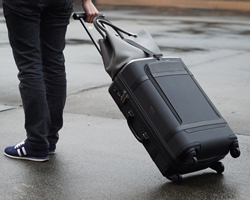 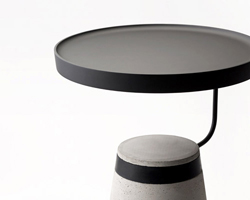 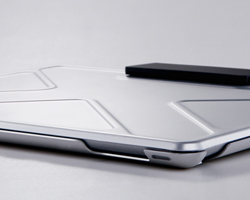