since NASA announced its return to the moon in 2024 with the artemis mission, a plethora of projects around this have surfaced. from BIG’s lunar habitat to toyota’s self-driving moon rover, creatives, researches, engineers and scientists around the world are imagining ways to inhabit earth’s satellite. the turn is now for andrew fabishevskiy who has envisioned a motorcycle concept designed for traveling on the moon’s surface. 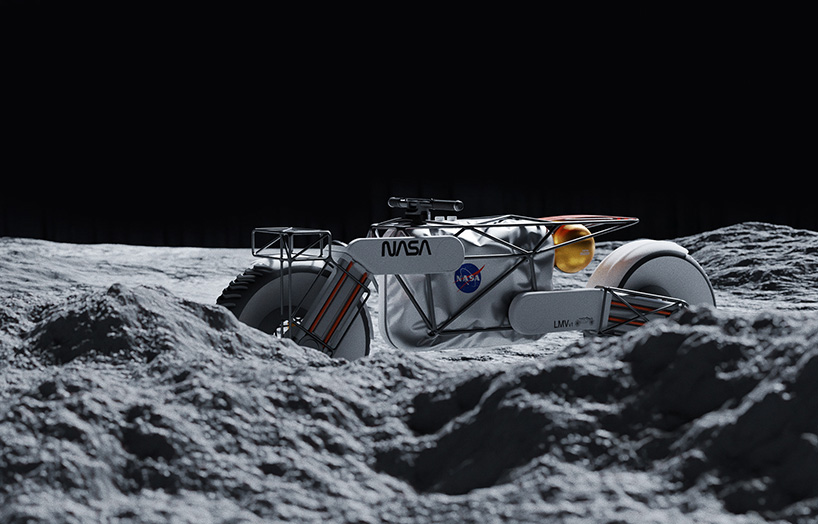 dubbed NASA motorcycle, this electric vehicle by fabishevskiy features a tubular trellis frame that holds the battery and integral component parts. the two off-road wheels are driven by hub-mounted motors while the steering is accomplished through the low handlebars. a soft cushion covered with straps appears to be the saddle, probably aiding the suspension system. 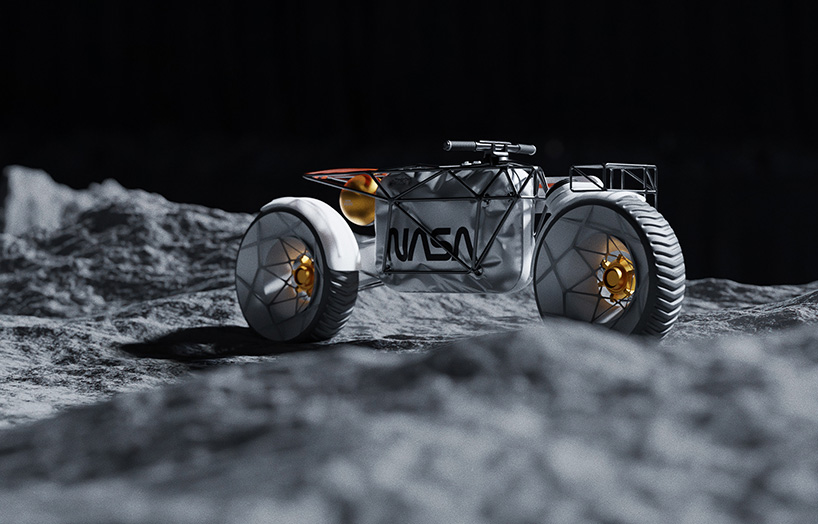 for more of fabishevskiy’s work, check out his behance here. 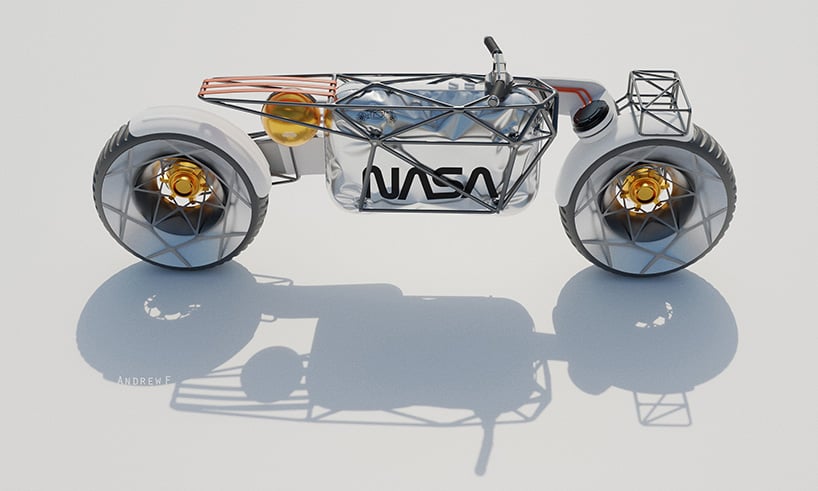 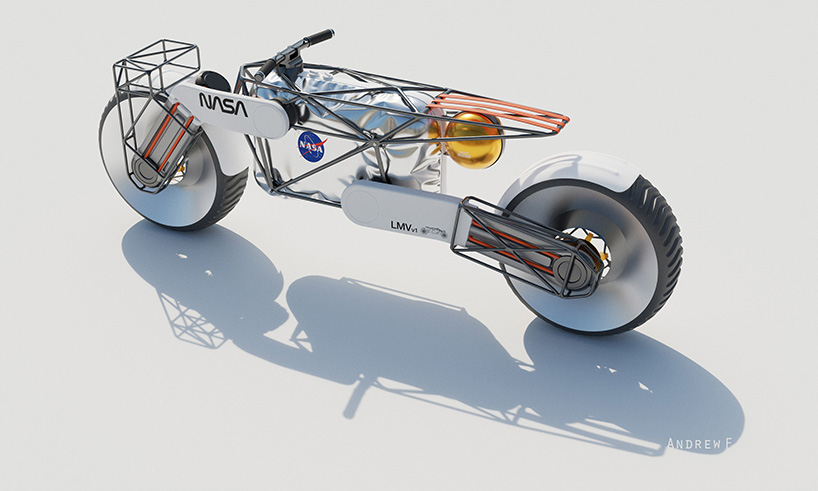 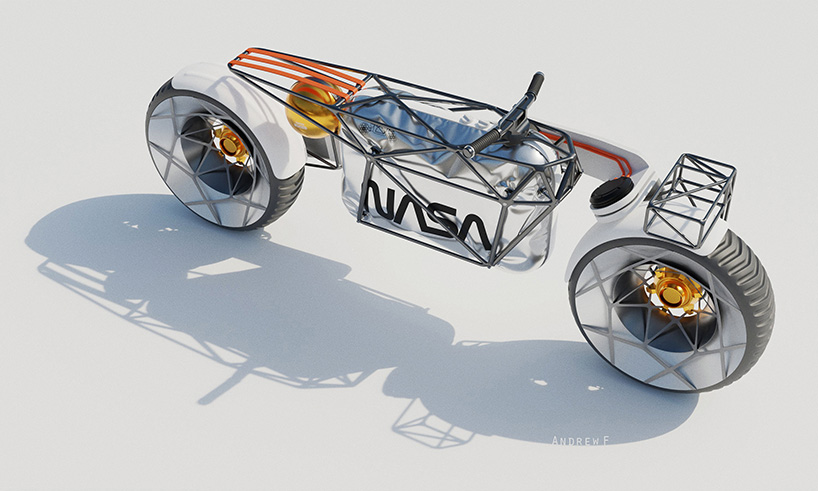 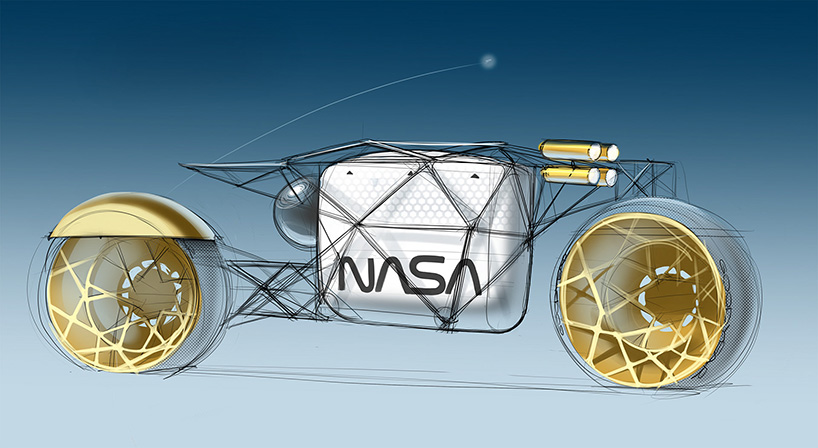