the two resulting manifestations convert storage objects into display units by simply turning a handle, one expanding horizontally and the other vertically. 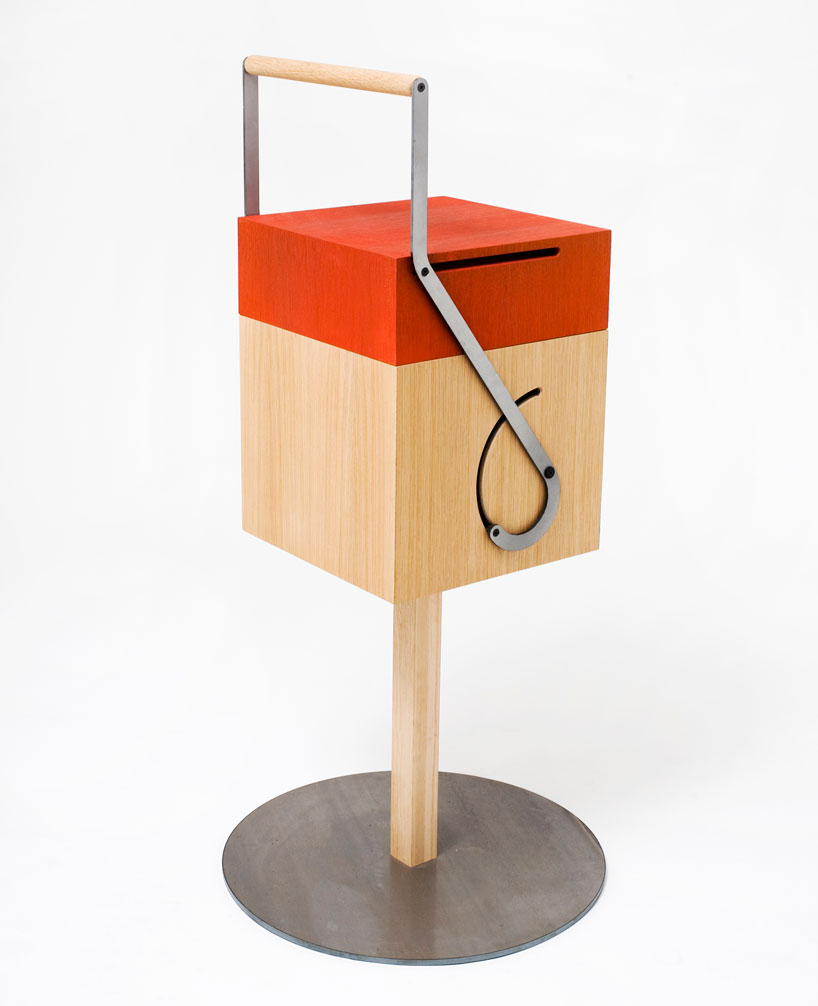 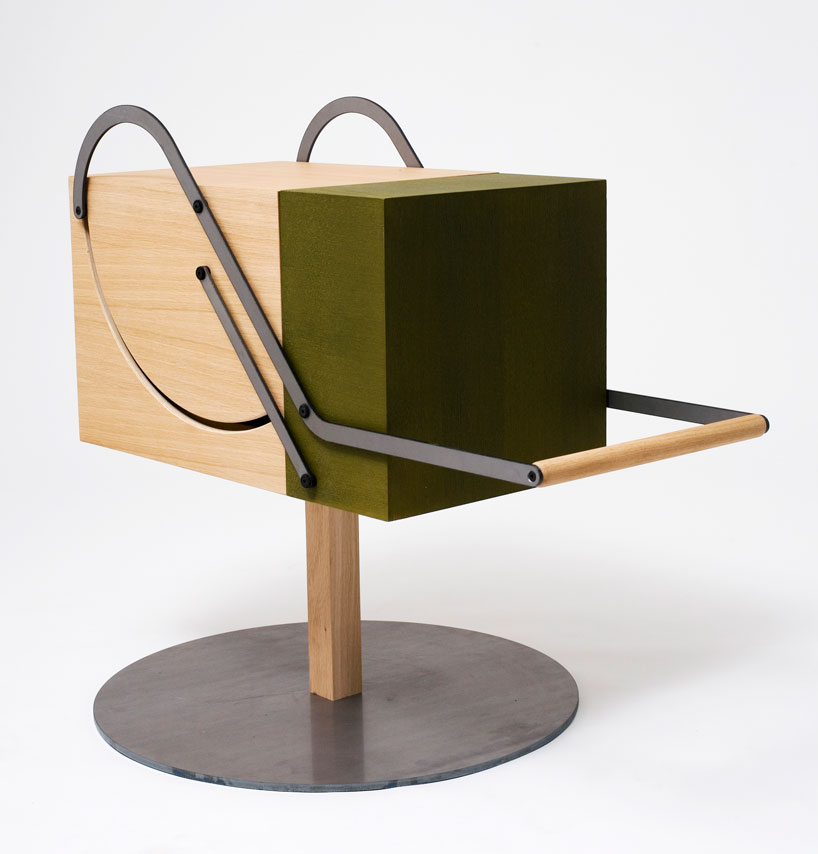 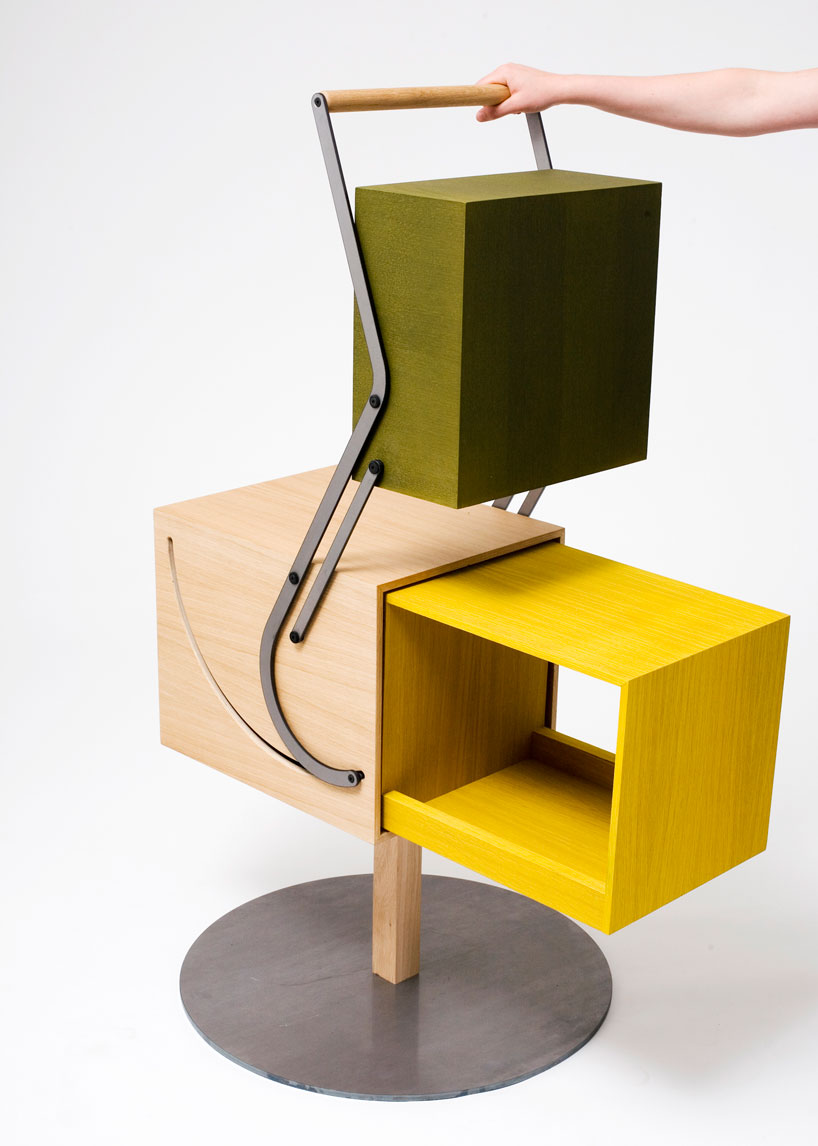