angelo renna wants to clean up and protect one of the most biodiverse corners of the mediterranean sea: the pelagos sanctuary. to do this, the florence-born architect has designed an artificial island that provides a habitat for marine life while collecting harmful microplastics from the water. conceived as ‘a floating laboratory’, sweep island proposes to sustain marine ecosystems and support researchers with real-time data about the condition of the sea.

located in the northwestern mediterranean sea between italy and france, the pelagos sanctuary is a special marine protected area, which was first established in 1999 due to its incredible biodiversity. the area contains 12 species of aquatic mammals and more than 8,500 macroscopic organisms, representing between 4% and 18 % of marine species worldwide (via WWF). the sanctuary also plays a fundamental role for thousands of birds that migrate south every year. here they can find an abundance of food and avoid crossing long open water. 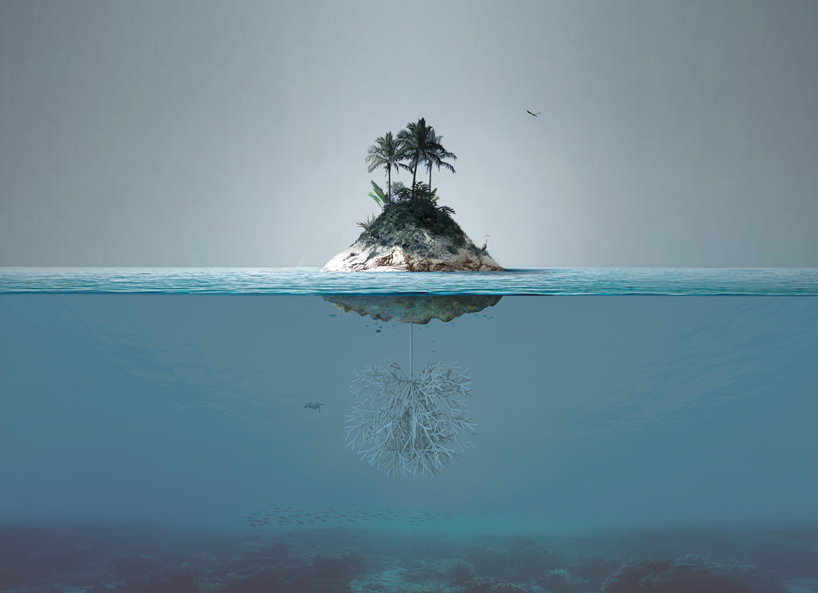 regrettably, WWF has reported that the mediterranean is ‘turning into a dangerous plastic trap‘ and the pelagos sanctuary is one of the most affected areas. the mediterranean sea has one of the highest concentration of plastics with 1.3 million fragments per square kilometer, comparable to those found in the ocean garbage patches. and all this plastic litter causes untold damage to birds and marine life, with many ingesting microplastics or becoming tangled in larger, discarded items. 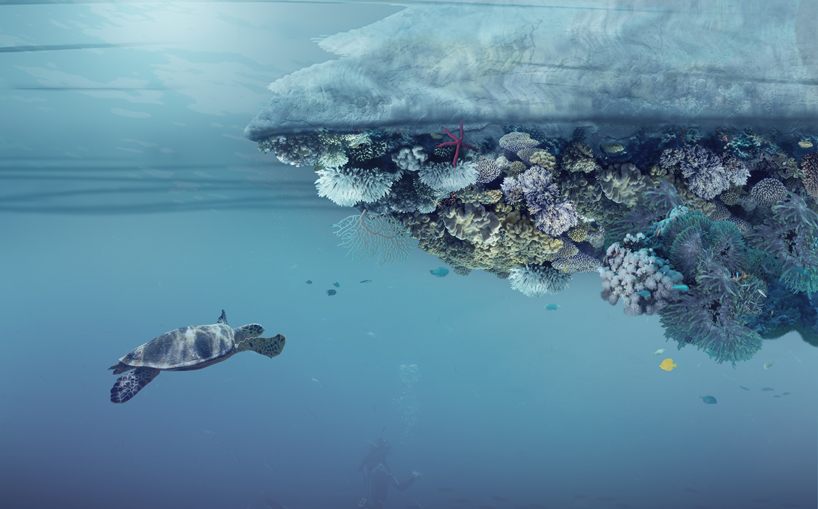 the underside of the island serves as a habitat for different kinds of invertebrates, mosses, and plants

in response to this environmental emergency, angelo renna proposes an artificial island that merges expertise from design, advanced 3D printing, and marine biologists. the prototype consists of two elements: the vessel and the collector. the vessel is a soil-covered wooden structure that provides habitats for various fauna species. on top, trees and bushes provide shelter for birds and insects. underwater, a manmade topography with upside-down peaks and valleys serves as a habitat for different kinds of invertebrates, mosses, and plants.

the collector is positioned 5 meters below water – where most of the plastic is concentrated, according to new studies – and it is an intricate 3D printed system with different grades of permeability. more open on the fringes, which allows marine life to safely cross it. more condensed toward the center, which makes the collector able to intercept macroplastic and microplastics (fragments of less than 5mm that have the greatest impact on marine life). 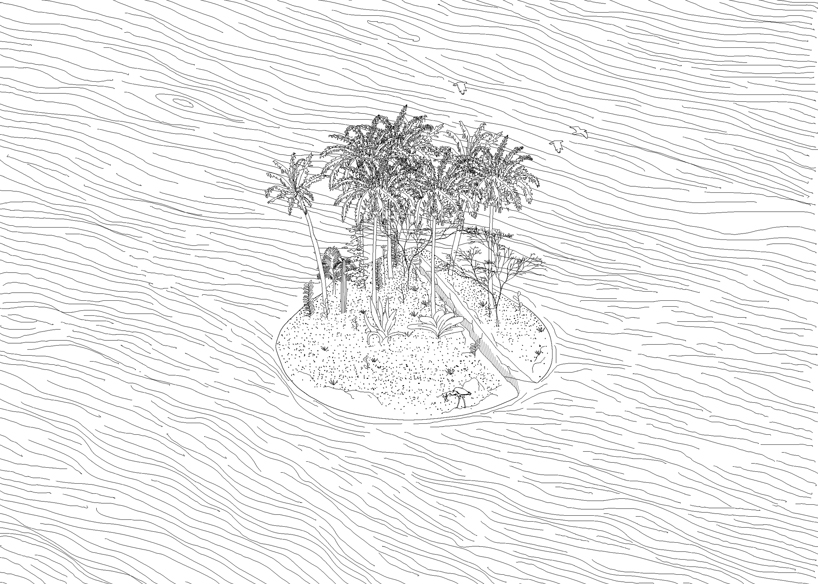 above the surface of the water, the island looks like a floating ecosystem with bushes and trees

real scale modules were tested in the lab under simulated turbulence of the sea to understand the optimum shape to intercept microplastics without interfering with marine life. each coral-inspired module is carefully 3D modeled and printed with SLA technology using a recycled resin. in the design team’s simulations, the modules were able to intercept and keep the floating fragments for an extended period of time. 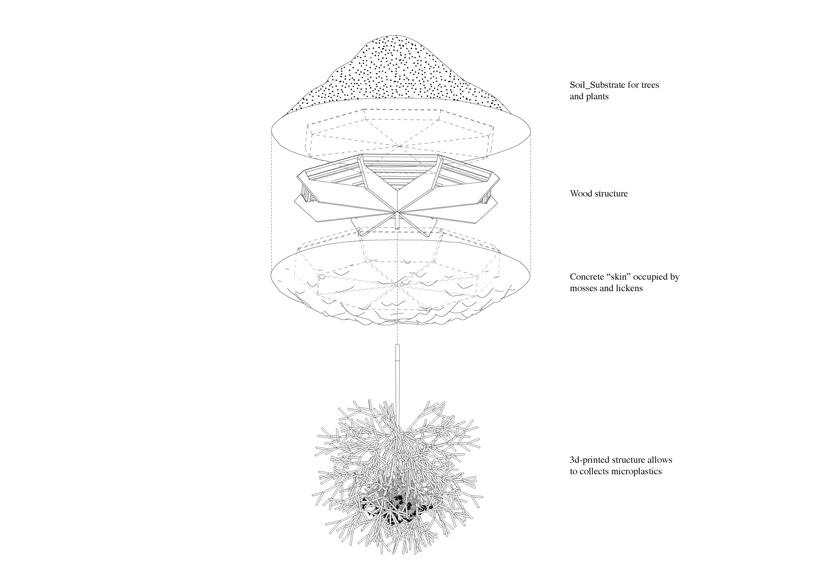 the prototype consists of two elements: the vessel and the collector

the collector is a light structure that can be easily detached from the island, meaning marine litter can be collected periodically. the island proposes to operate in offshore waters only during the summer months, in order to avoid periods of intense storms and currents. during the fall and winter seasons, it will stay in one of the harbors along the coast, allowing the island’s ecosystem to survive. 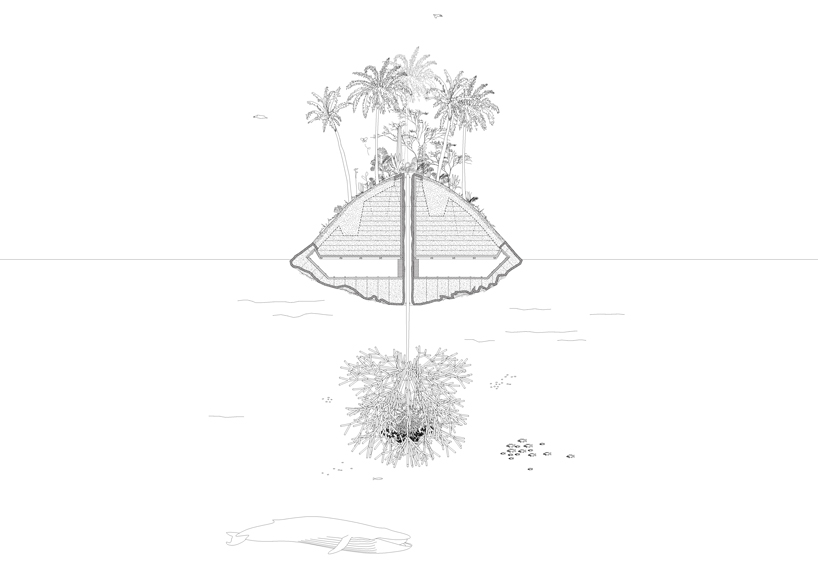 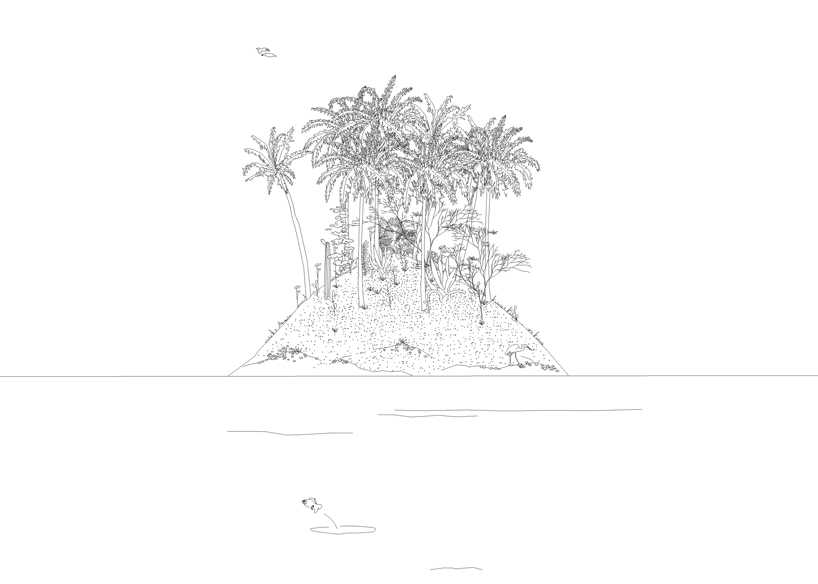 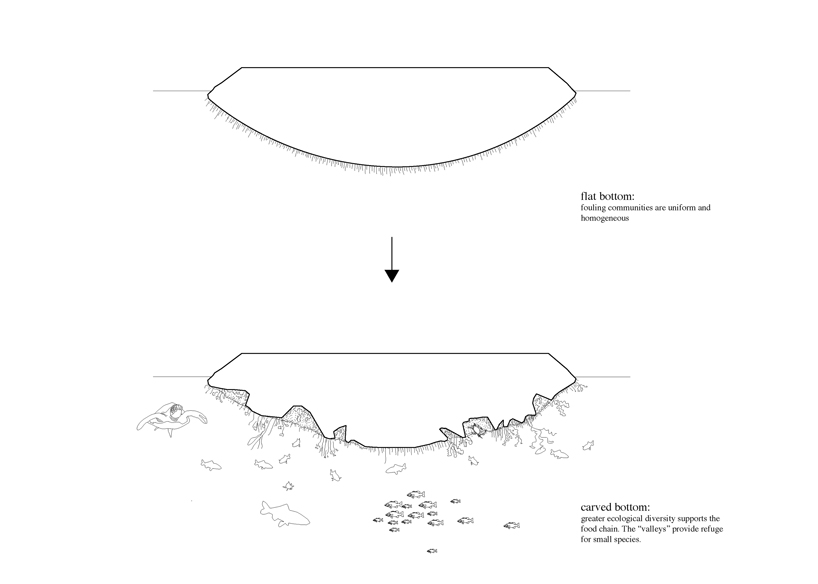 1:1 3D printed modules to find the optimum shape to intercept microplastics without interfering with marine life 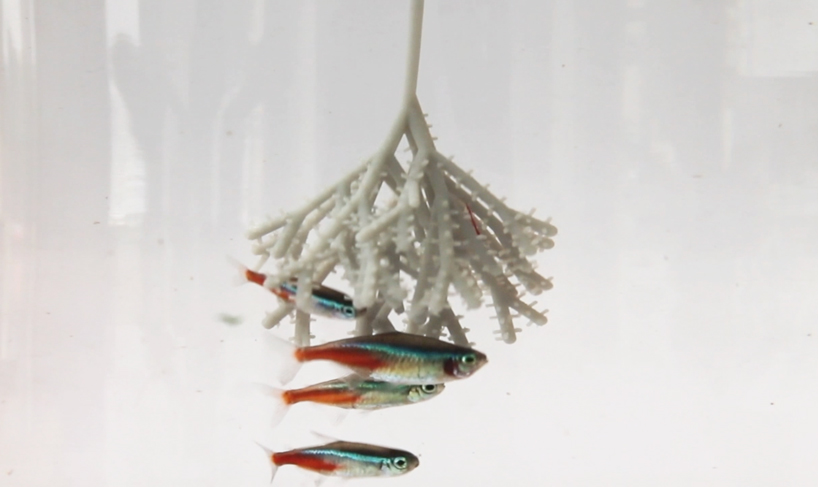 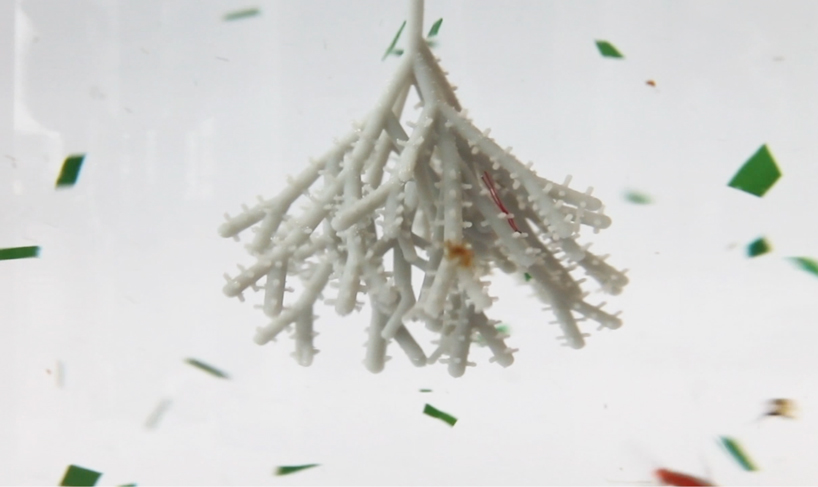 in the simulations, the modules were able to intercept and keep the floating fragments for an extended period 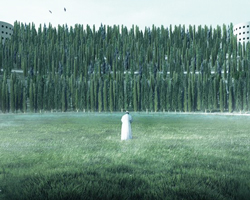 Jul 10, 2020
milan's san siro stadium is imagined as a tree-filled monument to the victims of COVID-19 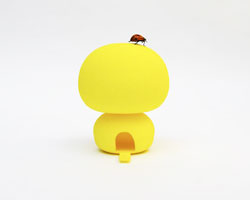 Apr 01, 2019
'lesser houses' are 3D printed habitats for the insects in your home 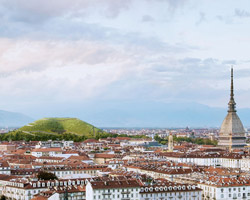 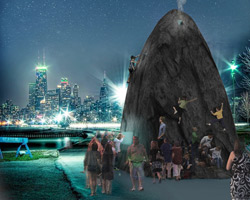