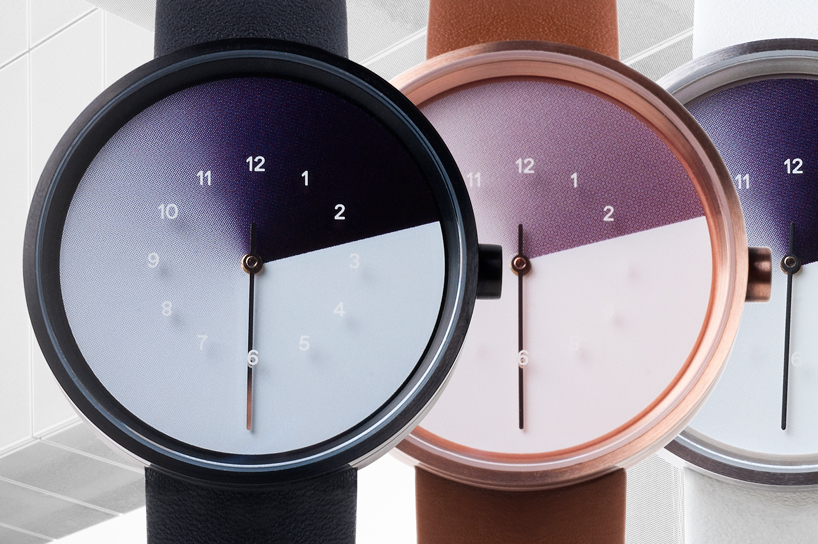 hong kong based design studio anicorn unveils the ‘hidden time’ watch collection, as part of an ongoing artistic collaboration titled ‘the trio of time’. the project is developed after the company’s successful kickstarter campaign for both their watch series 000 and K45 — which were fully funded in 3 days and 24 hours, respectively. 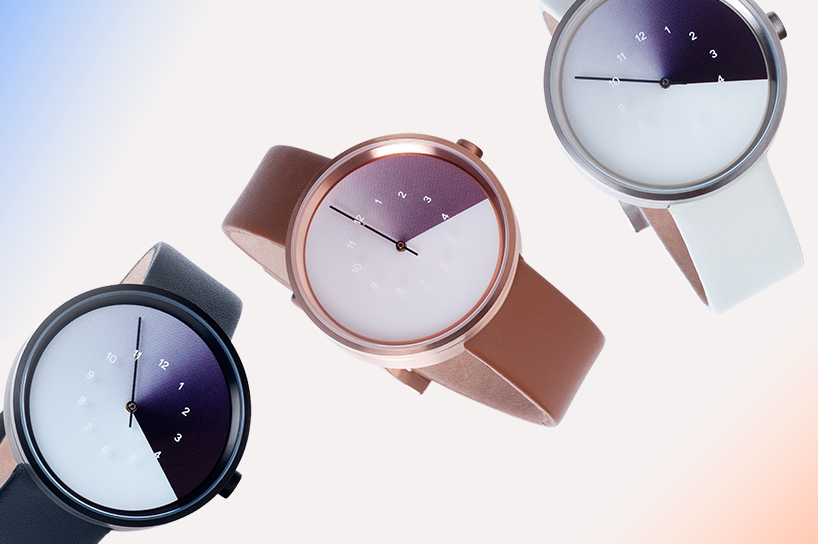 the trio of time (TTT) will follow anicorn founders as they travel to new cities and join forces with prominent designers to create timepieces. each watch will feature a unique style that represents the designer’s view on passing time, opening up a world where it is interpreted in different ways depending on a particular city, culture, and method. each collaboration will attempt to simultaneously bring together and expand the world of wristwatches, and the creations will be launched each year as a kickstarter campaign.

the first TTT adventure brings anicorn founders joe kwan and chris chan to seoul, korea, to work with jiwoong jung — designer of ‘hidden time’. jung’s previous product design work has been featured in the 2012 and 2014 maison & objet paris exhibitions, among others, and international design publications.

straps can be interchanged to fit your current clothes or mood

‘hidden time’ features a rotating circular gradient, which serves as the hour hand; as time passes, the gradient turns to reveal white hour numerals printed on the glass above. each hour appears as the dark background sweeps under it, and slowly disappears as the gradient rotates back to white. ‘when designing the watch, I was thinking about how to naturally hide passing time’, notes jung. ‘my research began with how hiding occurs in nature, which led me to one of the best known examples––the chameleon’s protective color. their defense mechanism is a kind of optical illusion, but a simple and effective way to have two things together naturally when superimposed.” 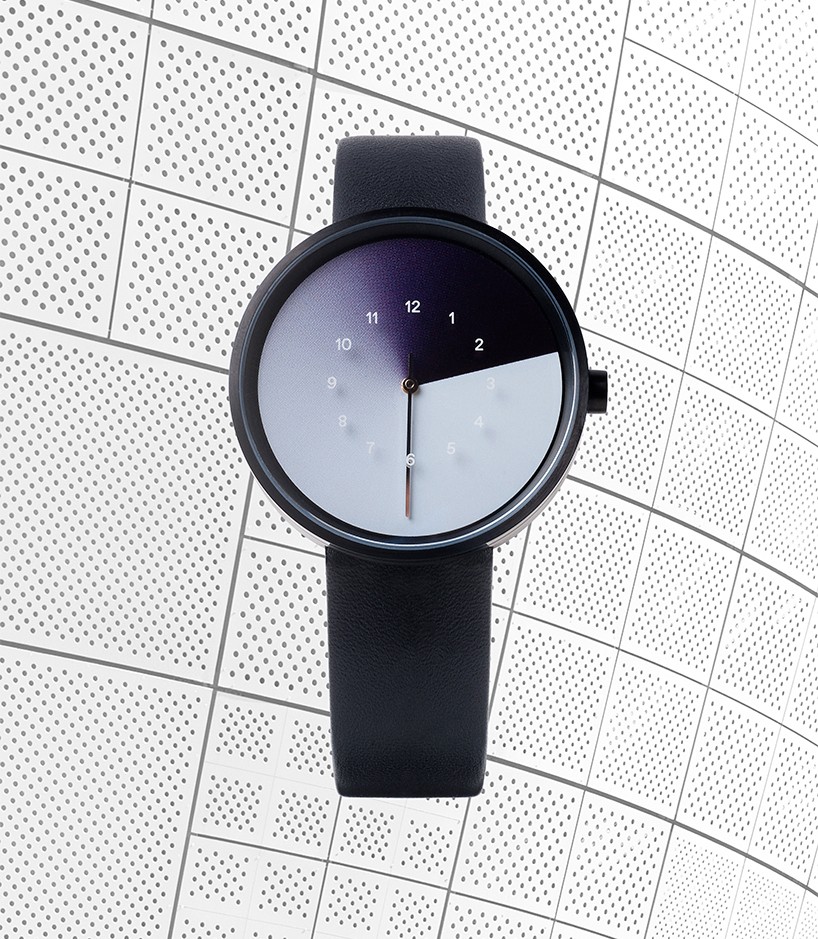 anicorn will offer the watch to backers in three editions: black, rose gold and silver. customizable leather watch straps are available in midnight, coffee and white, utilizing the studio’s smart docking system to interchange between styles. each watch is unisex and features a simple typeface from dinamo, favorit. the timepiece is driven by a swiss ronda caliber 515 quartz movement, a high grade and reliable jeweled model that allows for smooth spinning with great accuracy. ‘with TTT we hope to work with designers and bring their concepts to life— without being limited by nationality, language, and style—to explore the possibilities of worldwide design collaborations. we want to embark on an adventure of discovering new perceptions of time, from hong kong to seoul, and then from seoul to the world’, elaborates joe kwan, creative director at anicorn. 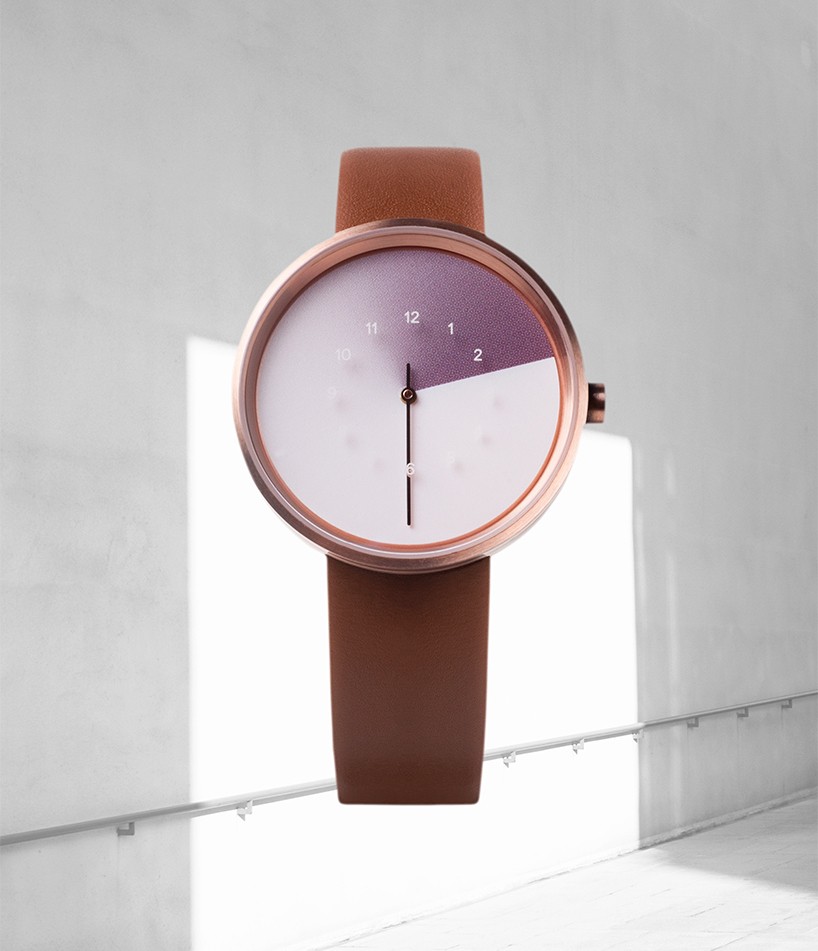 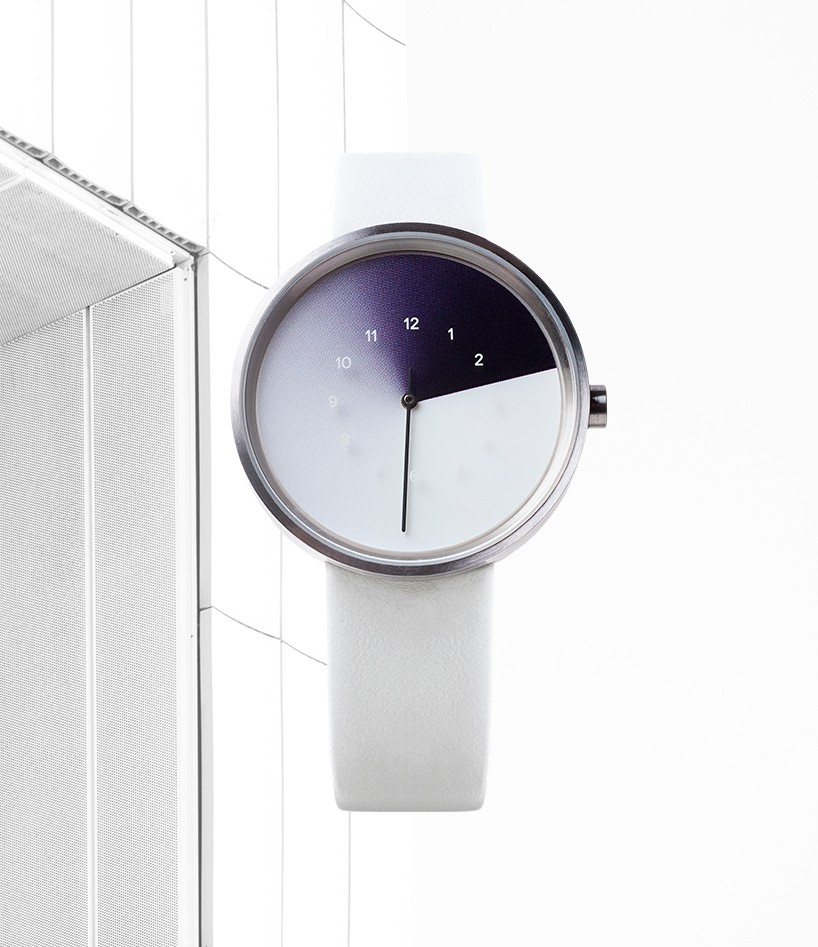 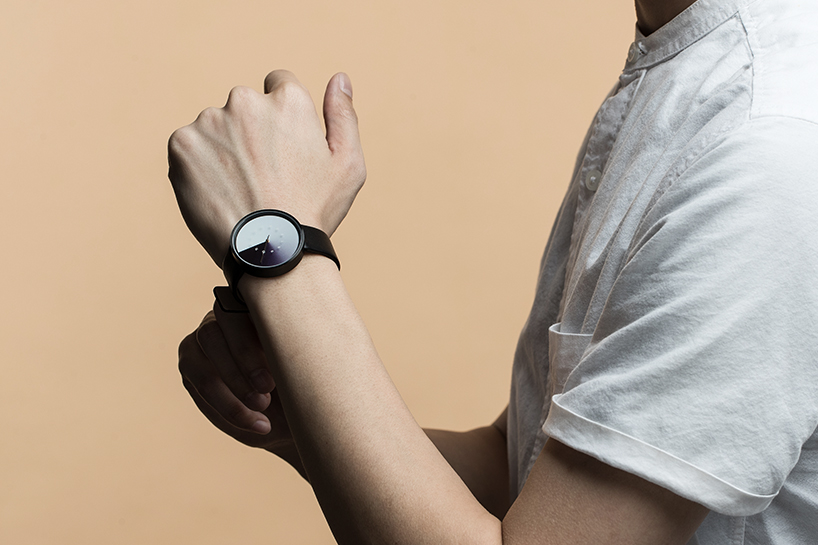 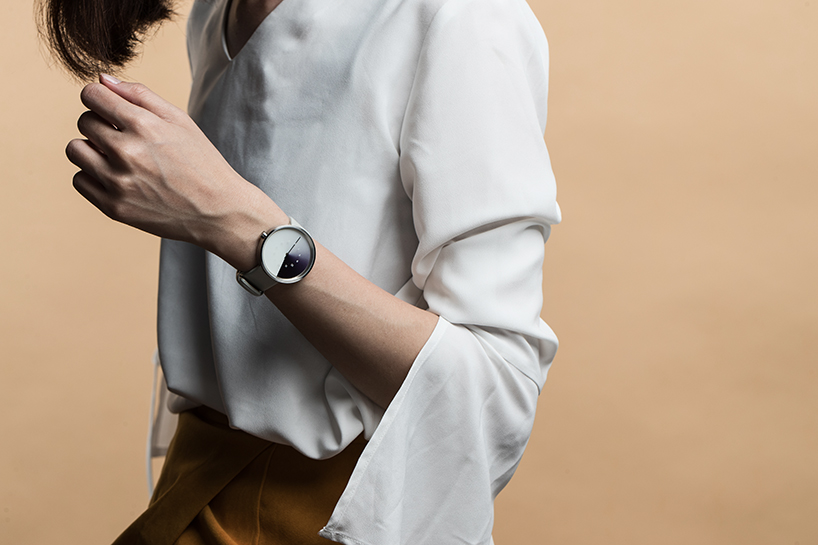 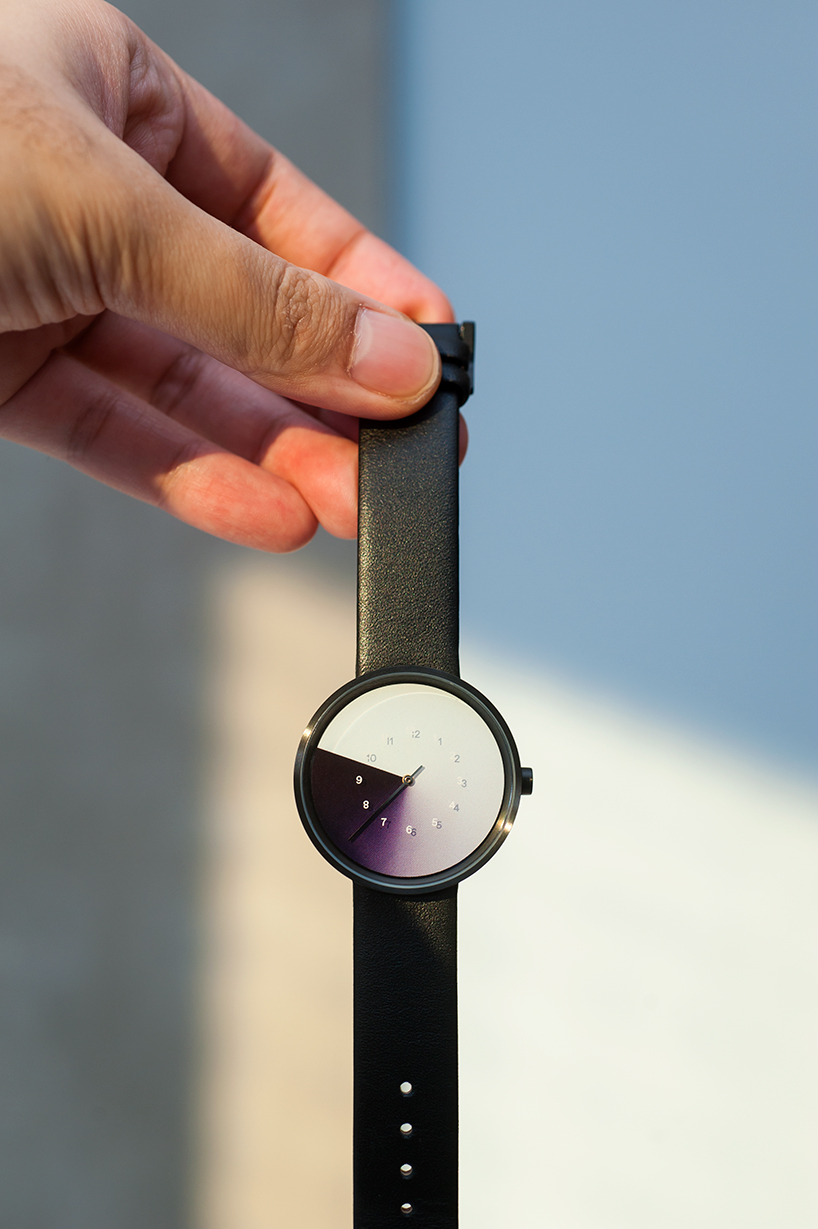 a striking balance between lines and gradients 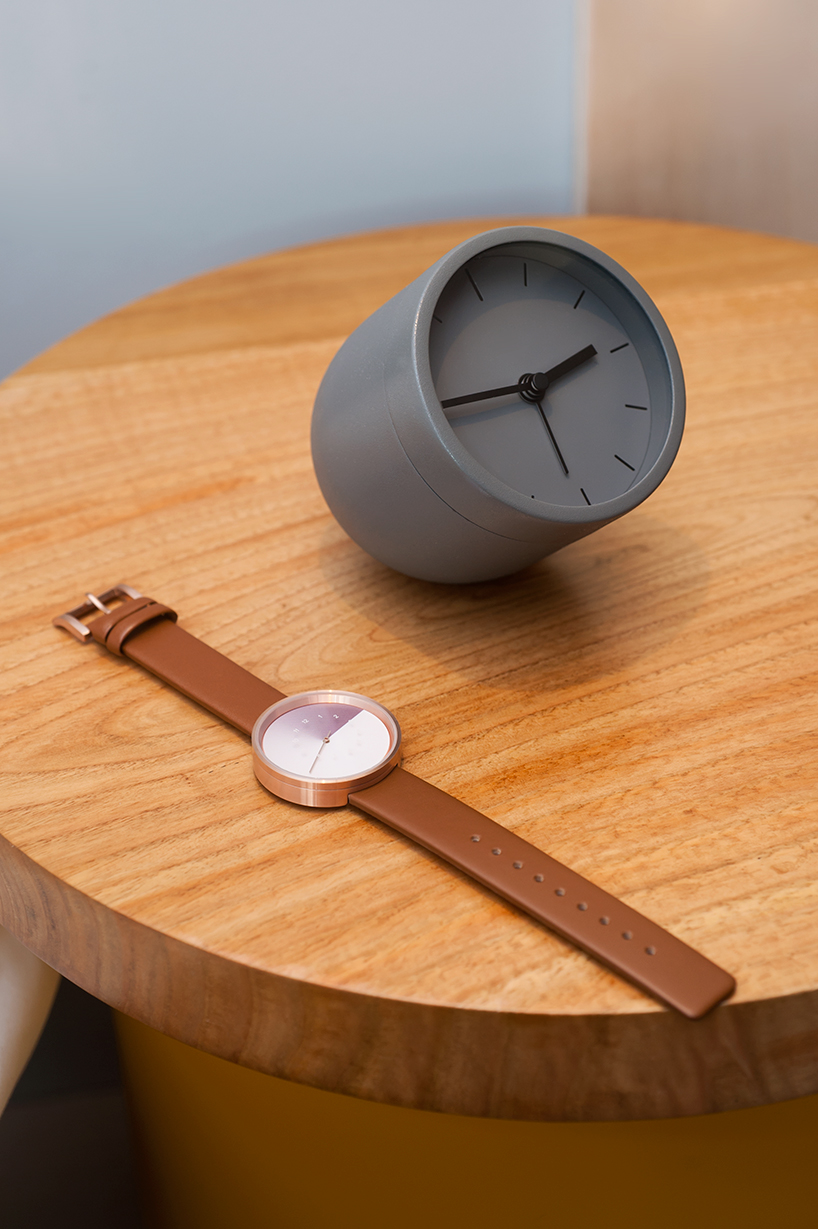 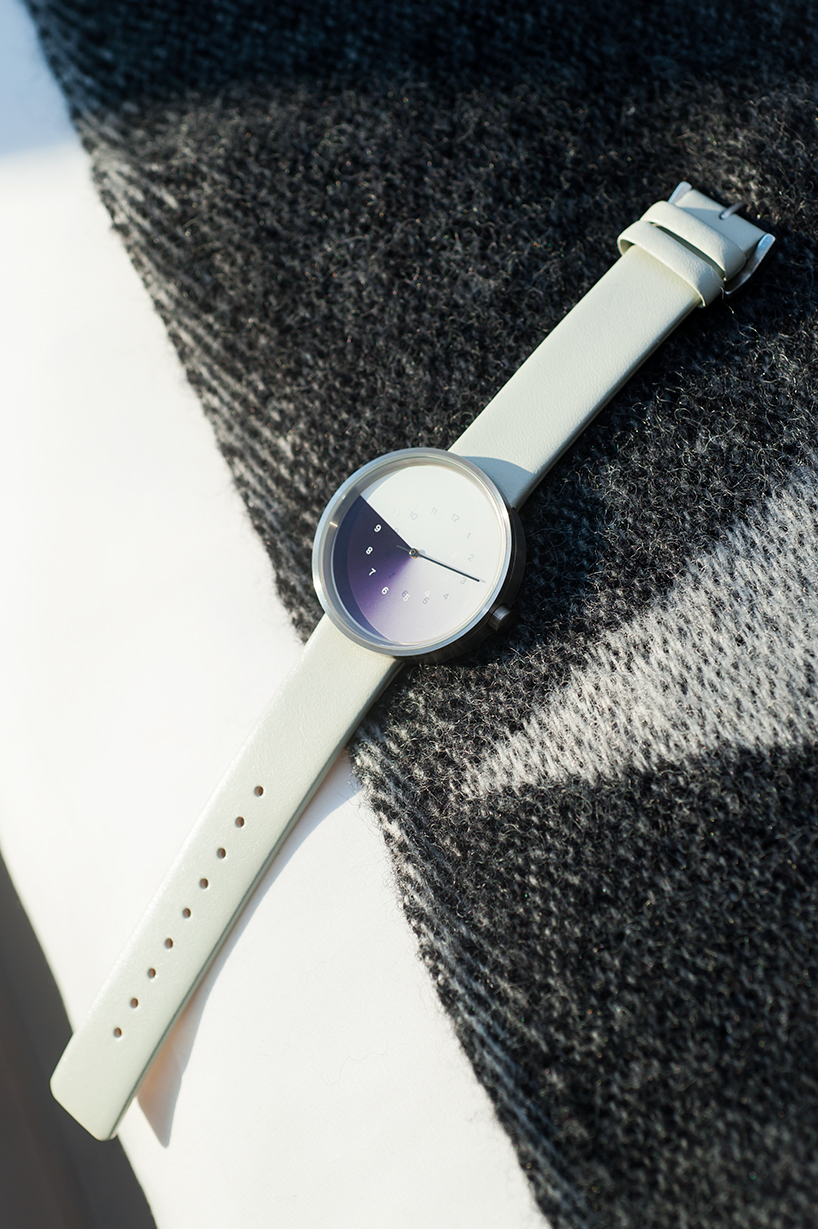 the watch is thin and lightweight 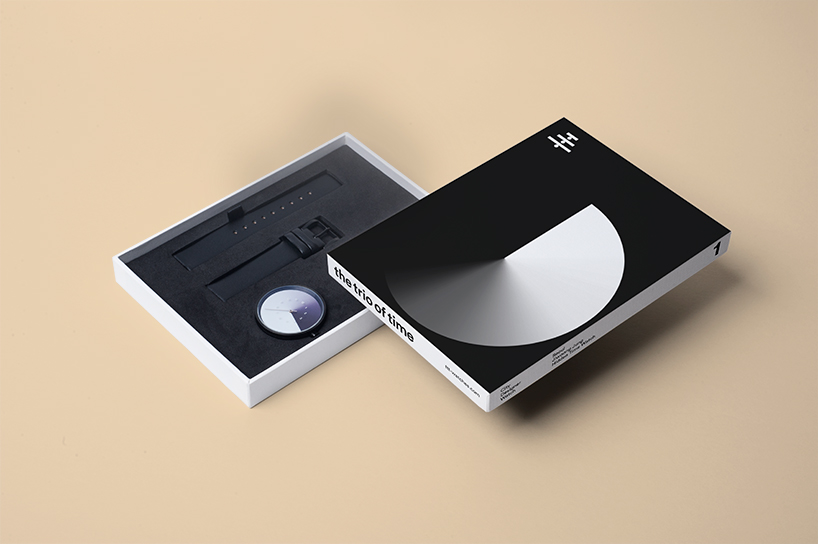 the timepiece comes ready to be assembled and worn

ANICORN TTT – how to set the time
video © anicorn hongkong 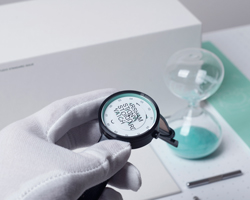 May 08, 2018
daniel arsham teams up with anicorn watches to release limited edition timepiece

Sep 30, 2022
living plant controls a machete through an industrial robot arm
the plant acts as the brain of the robot, determining how the machete swings, jabs, slices and interacts in space.
design
+43.1K shares
readers
connections: +520