created by anna marešová designers, the new ‘t3 coupé’ offers a unique sightseeing tram for tourists visiting the city of prague. the design concept is based on the classic aesthetic of the famous czech ‘tatra t3’ tram. the completed project combines this vintage appearance with modern technology, to provide passengers with an elevated sense of quality and luxury as they ride through the city. 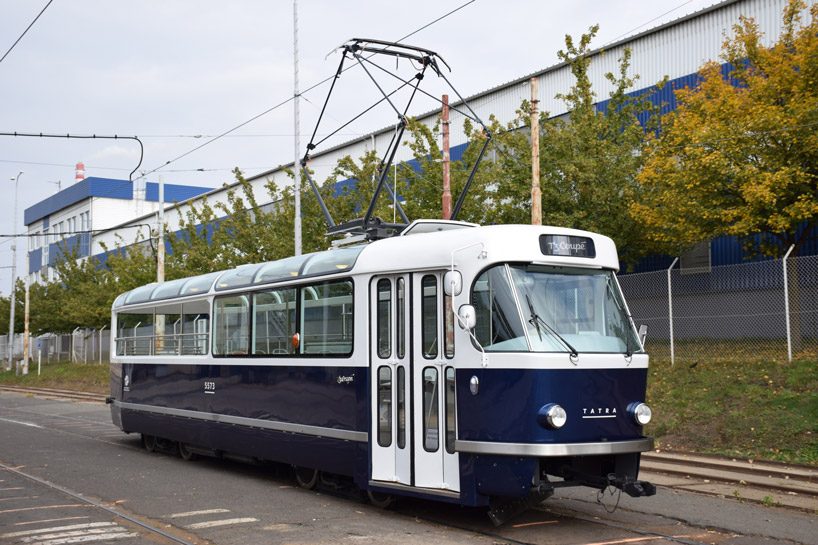 the design by marešová takes inspiration from older variations of classic trams, in addition to the original t3. a great importance has also been placed on the internal finish, in order to provide users with comfort and enjoyment as they explore the city. the interior features a bar, which was taken from the t1 tram, where it served as the ticket counter. another significant element of design inspiration can be seen in the roof windows, which resemble those in the legendary RTO buses, and offers the experience of riding through prague in a semi-open vehicle. 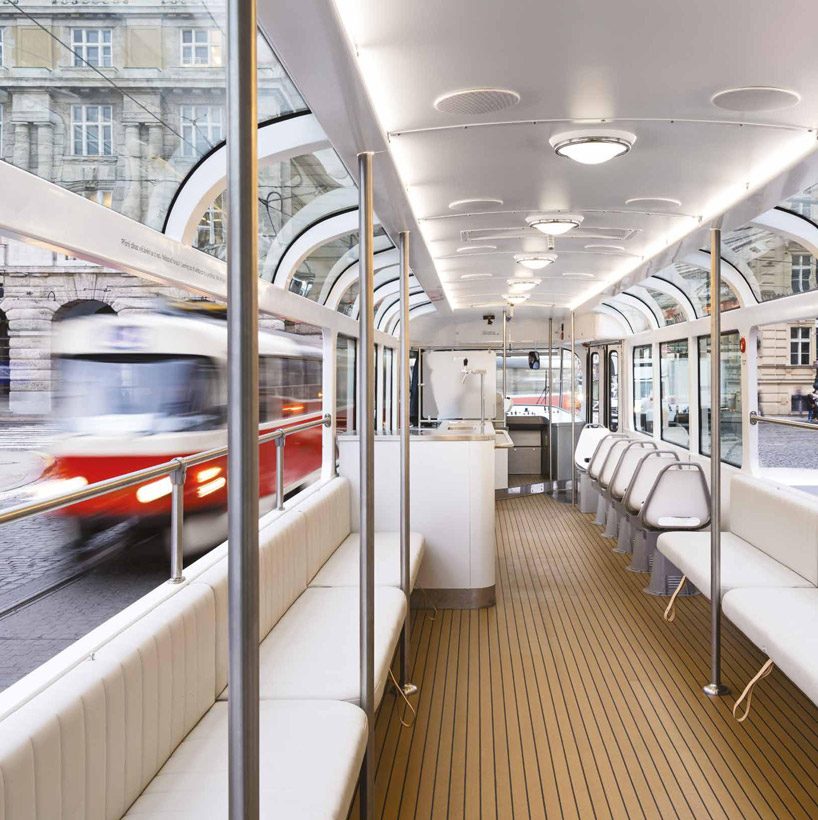 the tram also has its own logotype and complete merchandising. the level of detail applied in the project is also evident in the original t3 coupé uniforms worn by the driver and conductor, which were created by designer česlav jaroš. the tram preserves the poetry of the 1960s and thus pays tribute to designer františek kardaus (1908–1986), who created the original tatra t3 trams. anna marešová comments, ‘it’s two dreams come true. first of all, I got to design a new tram, which was then built and is fully functional, and secondly, people like it. that’s the best feedback a designer can get.’ 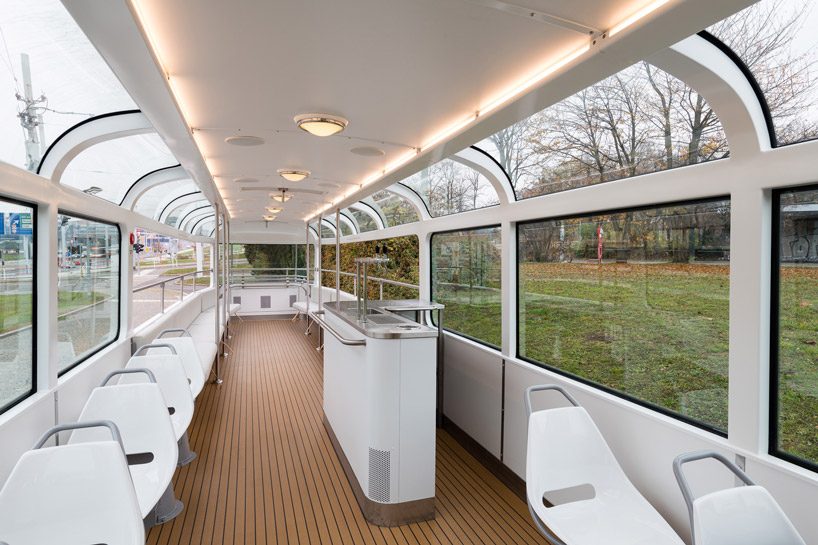 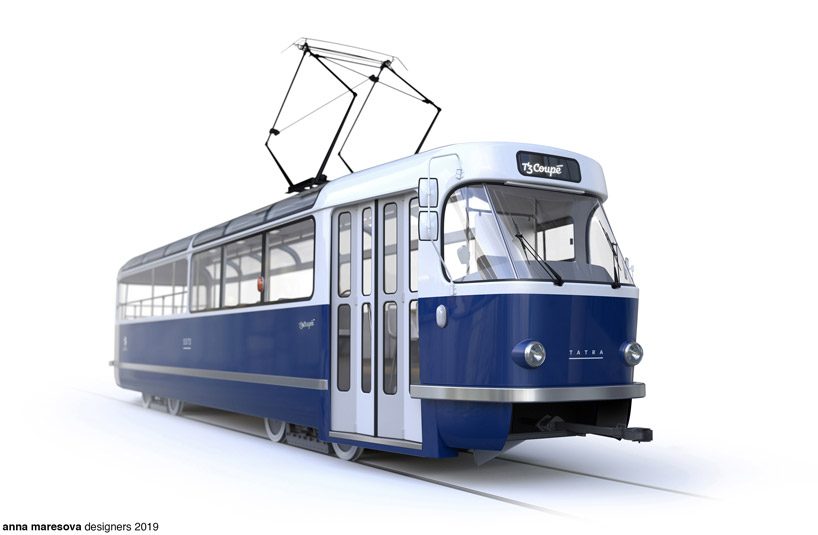 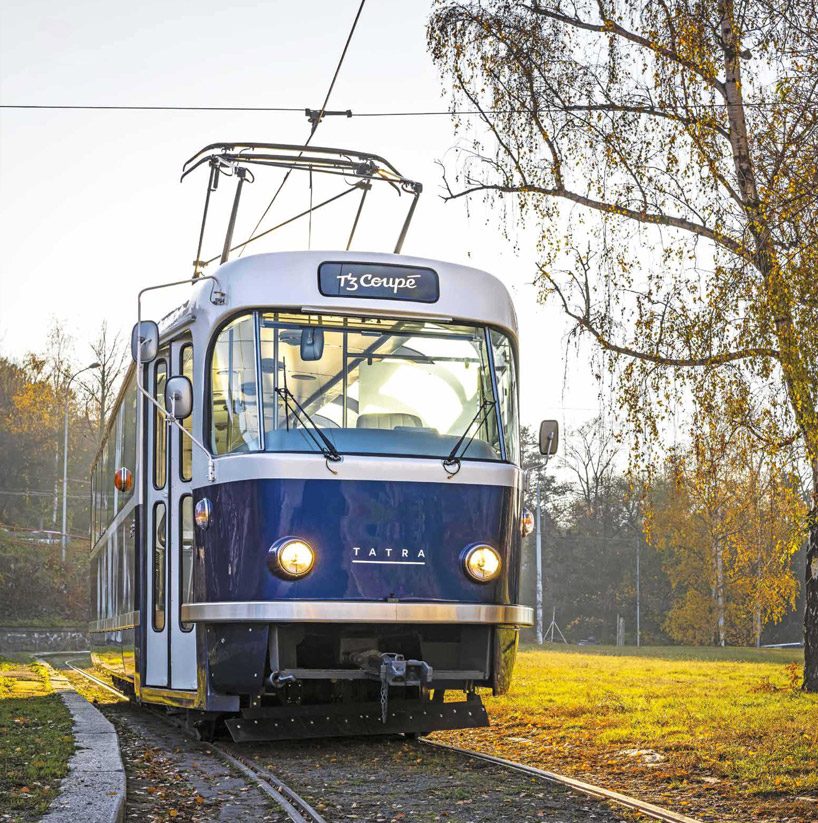