to celebrate the forthcoming 50th anniversary of the apollo 11 moon landing mission, woodwork has created a short animated film – entitled ‘one – an apollo 11 homage’ – in tribute to one of mankind’s biggest achievements. made together with a number of collaborators, the work takes audiences back to the incredible moment on july 20th, 1969, when astronauts neil armstrong and edwin ‘buzz’ aldrin became the first humans ever to set foot on the surface of the moon.

all images and videos courtesy of woodwork

watched by an estimated 600 million people around the world in 1969, the new film by woodwork pieces key moments to highlight how humanity came together to achieve what before seemed impossible. conveying the ability of dreaming big, unification and teamwork, the contemporary animation showcases the launching and journey of apollo 11, before the landmark moment itself when armstrong’s voice crackles ‘the eagle has landed’.

edited using original voice recordings from 1969 and new sound design by max gramser, the final film recreates the excitement of the moon landing mission for both audiences that were alive to witness it at the time, or new audiences who have never seen the footage before. the film will be showcased by ESA, discovery network, ARTIS, the amsterdam royal zoo, dutch public broadcast channel and bright during celebratory events around the 50th anniversary. 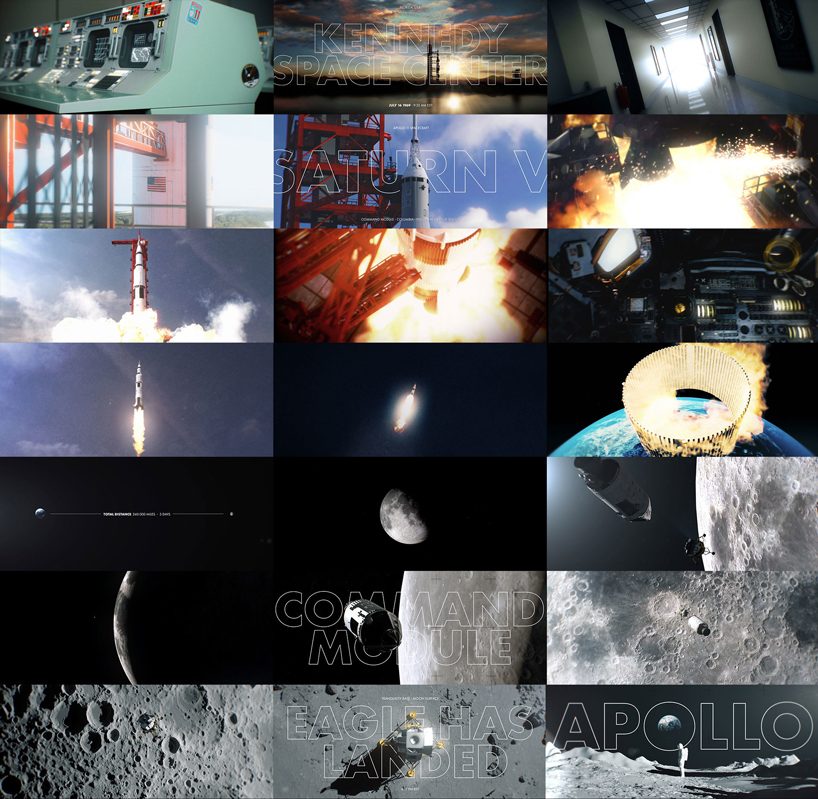