before the COVID-19 pandemic took over, the mask emoji was usually used to showcase illness. now that mask-wearing has become normal and an obligation in many countries around the world, this mask-wearing emoji has seen an increase in its popularity, becoming one of the most popular emojis used in 2020. in a sort-of political move, apple has updated it with a smiley face under the mask, stating that wearing a mask should not imply you’re sick.

apple’s new face with medical mask emoji replaces the downturned eyes with eyebrows and blushing cheeks. in fact, these smiley eyes immediately take us to apple’s existing smiling face emoji, revealing that it is exactly this emoji the one that is behind the mask. until now, apple seems the be the only one updating the emoji, but companies have frequently updated emoji sets to more closely match apple’s designs. we’ll see what happens.

‘among other minor emoji changes buried in the beta release of iOS 14.2, this subtle change to 😷 face with medical mask appears to carry the most weight, in the sense that mask wearing has become a somewhat political act in the united states,’ comments emojipedia. ‘it’s a very 2020 emoji update.’ 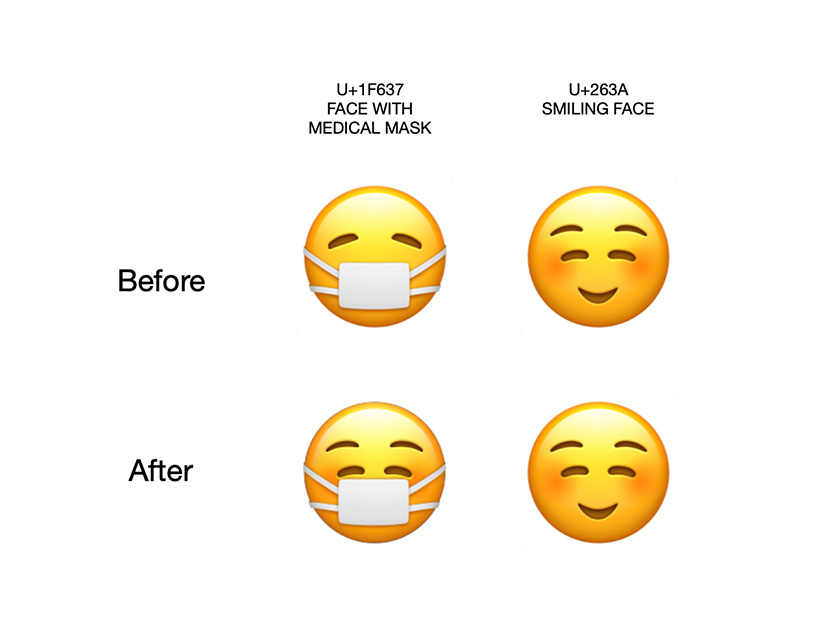 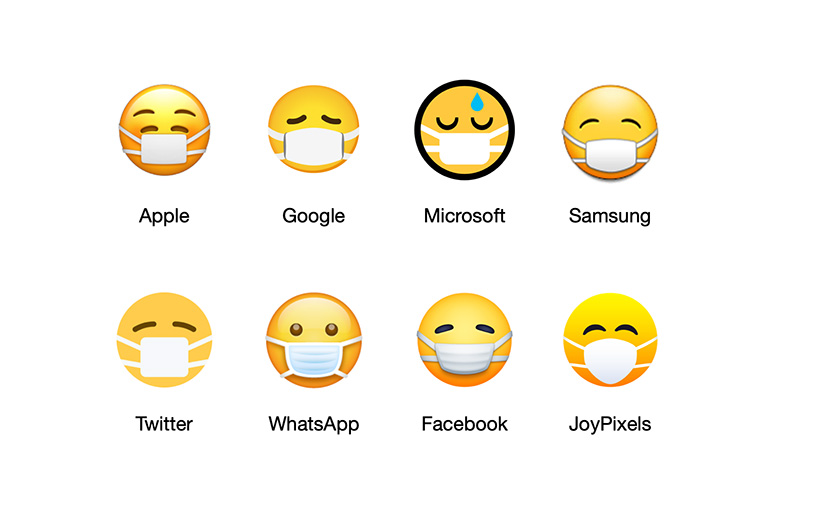