on april 1, 2020, new york gallery friedman benda initiated a series of online interviews aimed at connecting individuals across the world with leading voices in the creative field. design in dialogue is a conversational program hosted alternately by curator and historian glenn adamson and designer stephen burks that engages with designers, makers, critics, and curators as they reflect on their careers and creative processes. against the backdrop of COVID-19 and global lockdowns, the conversations are held virtually on zoom for 1 hour for anyone in the world to tune in to, and include a participatory Q&A with the audience in attendance. friedman benda has since presented more than 40 episodes, and will continue with a lineup of future guests, each offering unparalleled insight into the sensibilities, musings, and memories of today’s creative protagonists. see our recent feature of NGV curators simone leamon and ewan mceoin on commissioning creativity, and pedro reyes and carla fernández on practice and personal life.

on september 23, design in dialogue welcomed april greiman, the california-based artist and designer who has had, for more than 40 years, a leading role in shaping visual culture. greiman kicked off the conversation with glenn adamson by presenting her works from the mid-1980s — some of the first digital graphics ever made. greiman went on to discuss her more recent forays into public art and photography, which continue to exhibit her unique spatial and communicative sensibility. 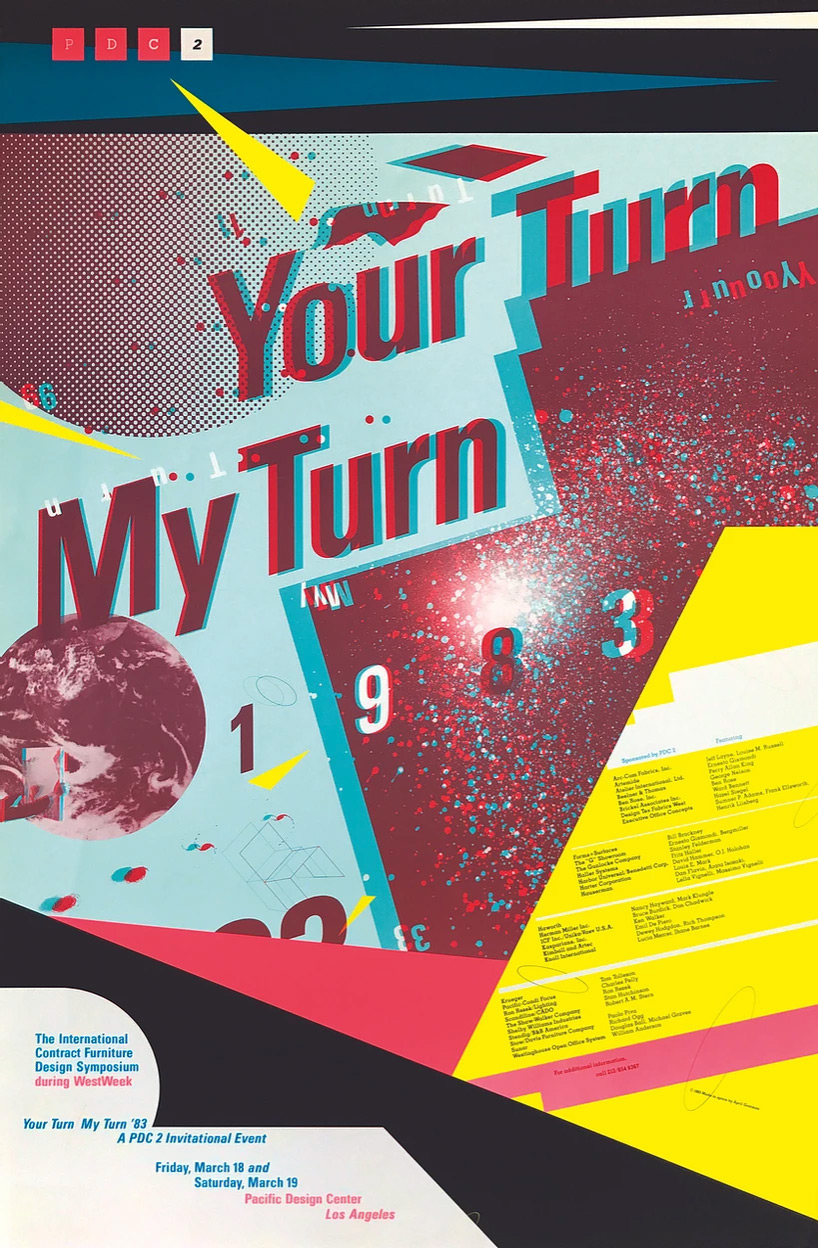 your turn, my turn, 1983
all images courtesy of friedman benda and april greiman

as one of the first designers to embrace computer technology as a design tool, greiman’s pioneering spirit has continued to evolve alongside the rapid pace of technological advancement. greiman cites technology as one of the most important themes that run through her work, and maintains an endless drive for understanding and exploring emerging technological tools — an enthusiasm she considers integral for staying current. ‘there have been two main themes that pull through my work — whether it’s graphic design, environmental work, art, photography or color work,’ greiman says. ‘I’ve always been really interested in exploring technology, predominantly out of fear. seeing a new tool and then thinking — I’m going to die because I don’t know how to use this! — so I just tackle it. the other thing is space. those things are always pulling through some of the more important works and projects. I always say — like the moth to the flame. if there’s a new technology, I’ve got to conquer it otherwise I know I’ll die! 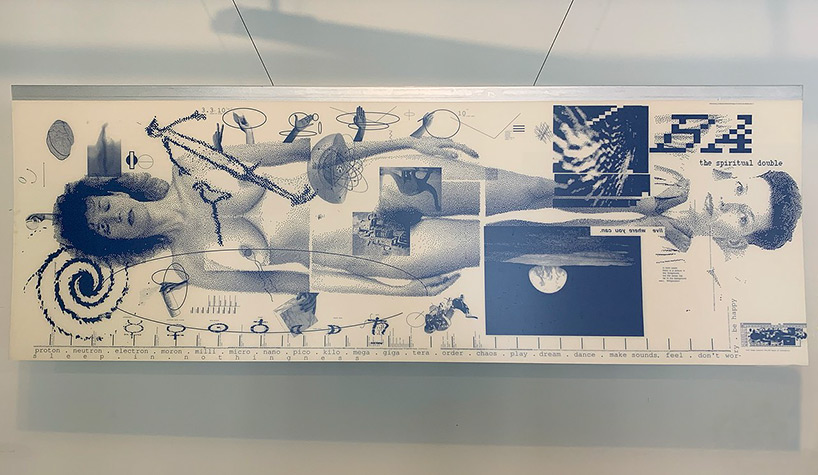 as part of her ‘design in dialogue’ presentation, greiman highlighted a piece titled ‘your turn, my turn’ from 1983. although it was designed without the use of a computer, the poster bears an interesting technological component: 3-dimensions. greiman developed the flyer for an event at the pacific design center to be used with custom 3D glasses, which reveal, enlarge, and give spatial dimension to some of the abstracted symbols, shapes, and images printed on the page. although the idea of a poster is typically considered from a 2D perspective, greiman’s interest in space as a medium brought forth a completely unique communication solution. ‘I never thought of things as pages or two-dimensional,’ she says. ‘I always saw everything as a spatial medium, and it has always been in my mind to think about spatial and information hierarchy. there’s so many examples — including business cards — that look like space, and are achieved by using different sizes of typography, or different colors to give you a different spatial quality.’ 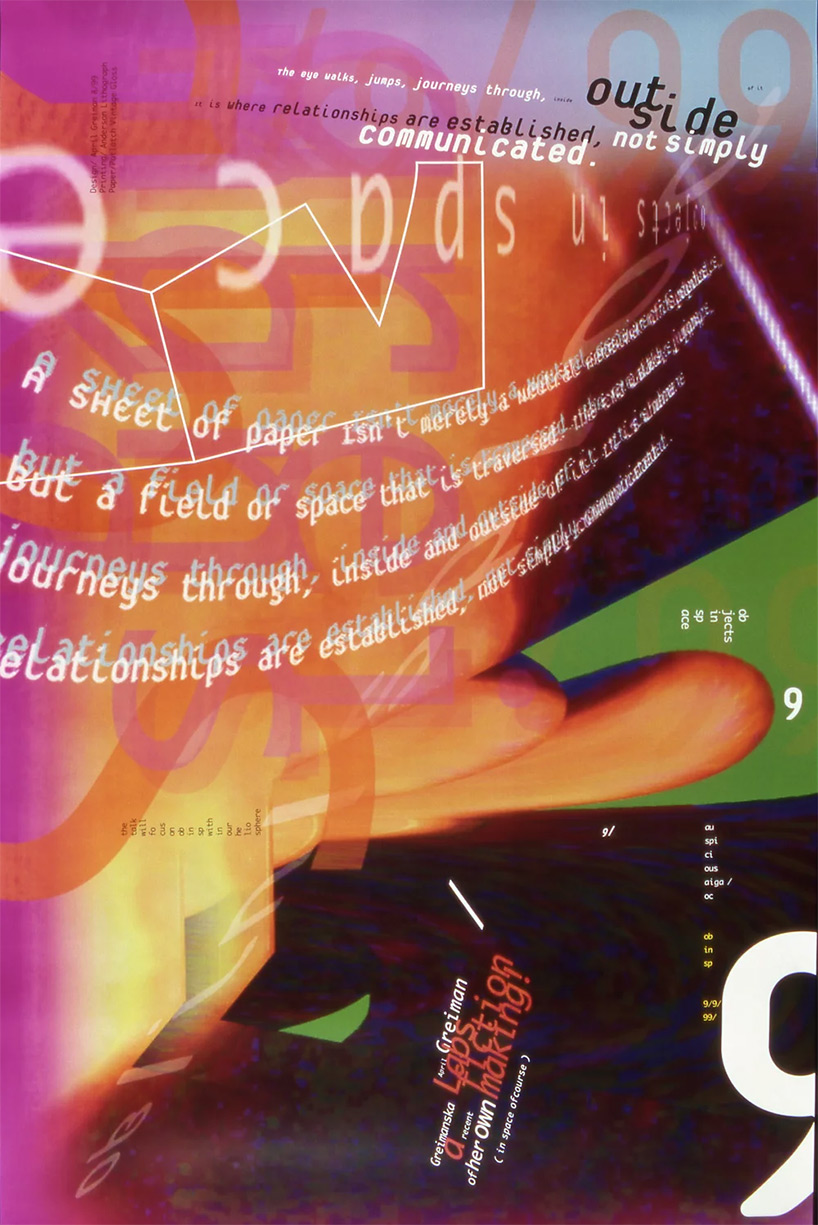 greiman went on to discuss her photography series ‘drive-by shooting’, which she ended up calling ‘environments’ or ‘paintings’ because of their large-format and scale — one of them is approximately 14 feet wide, while the smallest is 4 feet wide. from her moving car, greiman shot scenes of trees, landscapes, and other forms, transforming dynamic energy in motion into images that capture the environment in ways that can’t ordinarily be perceived. ‘it’s a challenge when you put together the components of time, movement, and technology to capture a moment,’ she says, ‘and that moment reveals what sometimes your conscious mind doesn’t catch. it reveals what’s going on within that environment, and lots of perceptual things. in the image ‘beach huts’ for example, the sand actually looks like water, and it changes texture and reveals all the color in the sand, which we think is beige, but in fact the color of water is in there. the little thing that is holding up the guard rail is also becoming translucent. so you see that everything is in movement, everything is in flux…’ 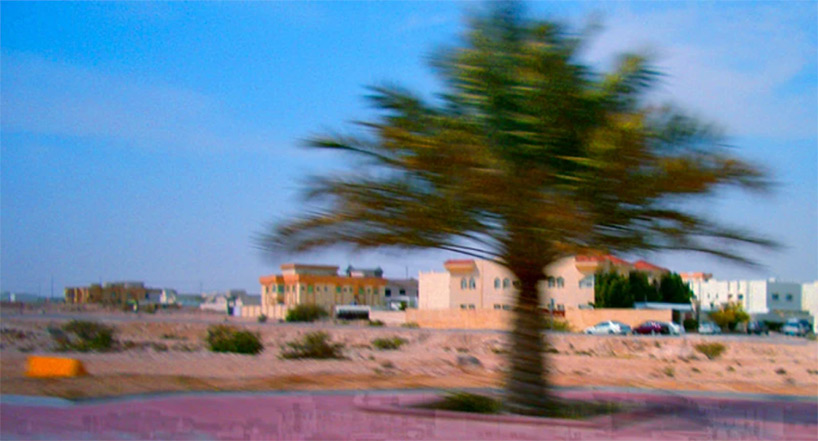 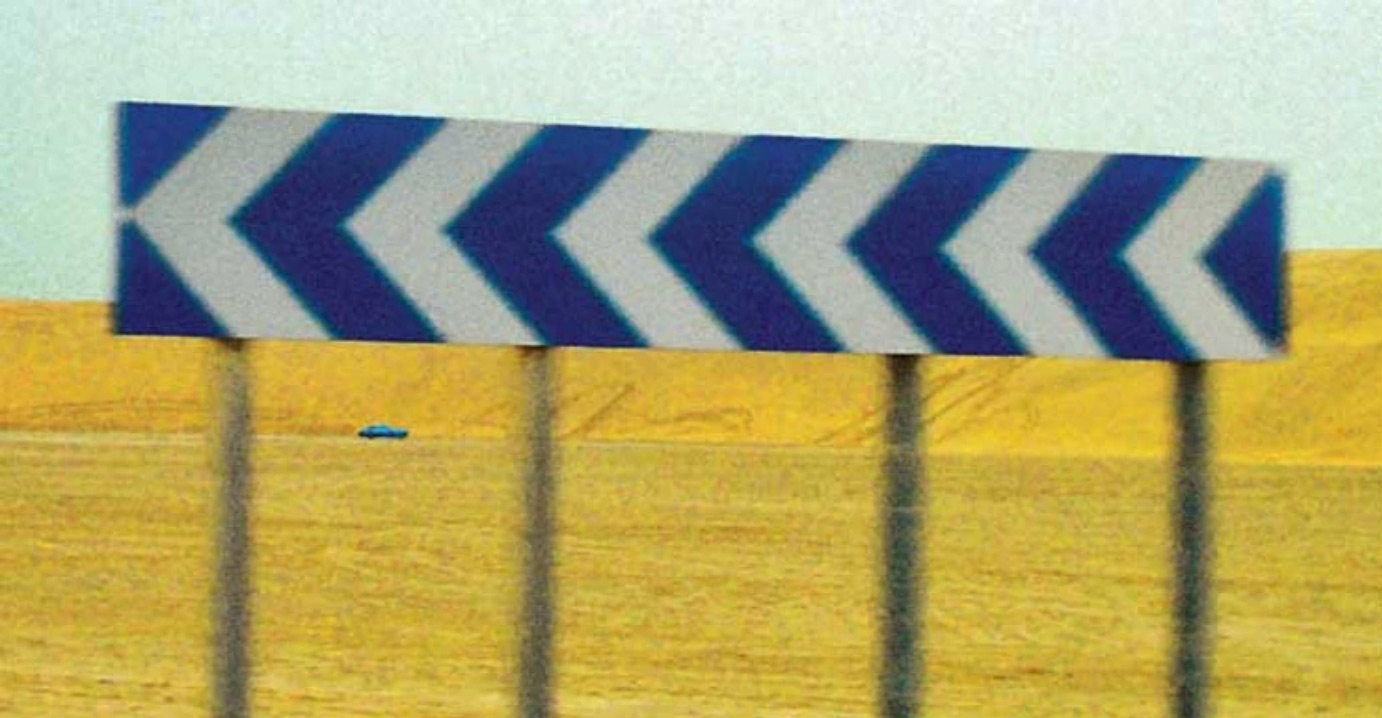 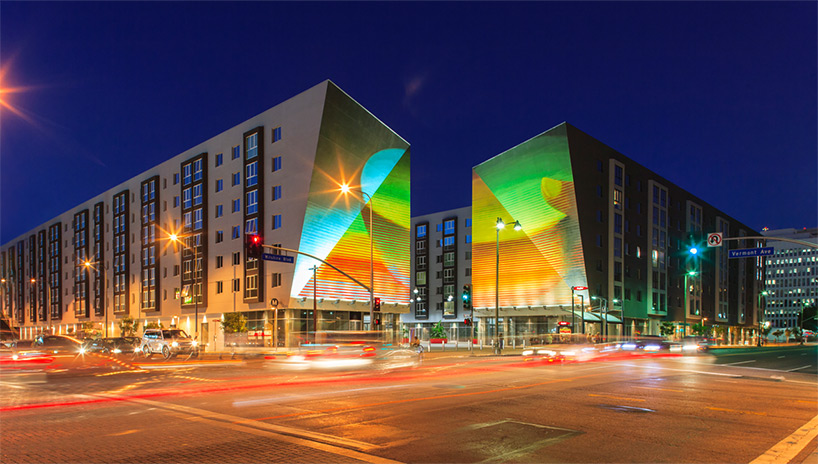 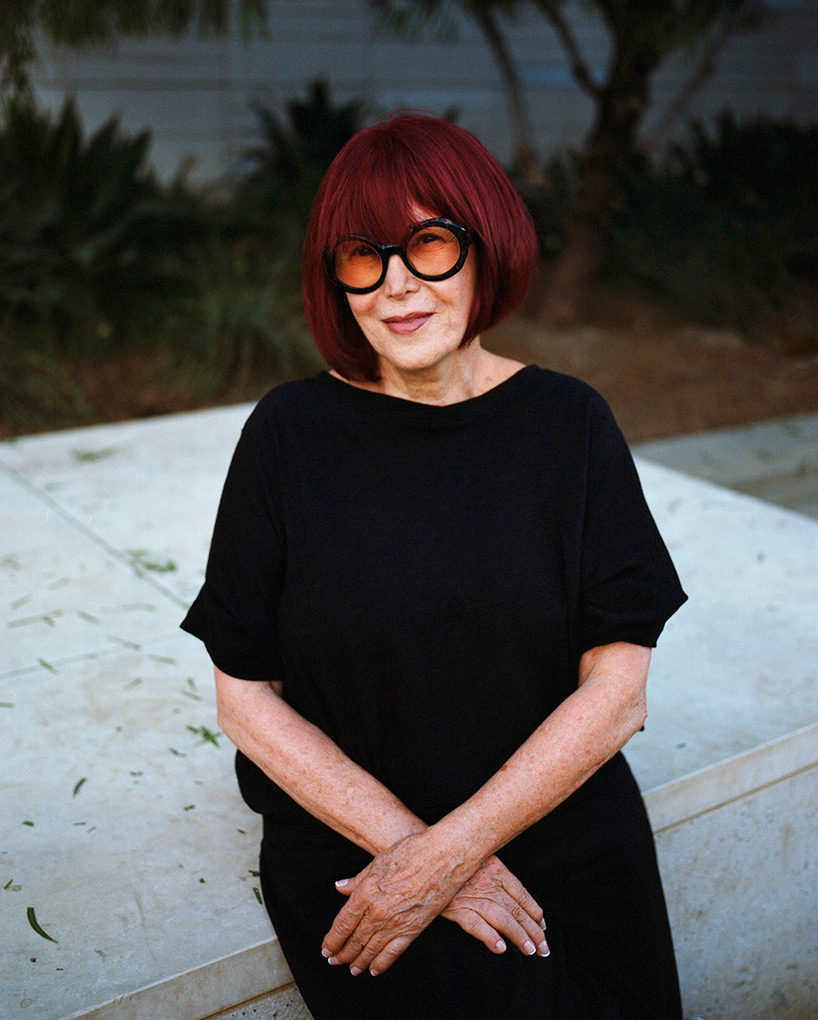 watch the full video interview with april greiman at the top of the page and stay tuned as designboom continues to share design in dialogue features. see all past episodes — and RSVP for upcoming ones — here. 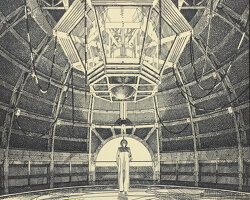