ariane prin has a knack for giving commonly disregarded waste materials new form and utility, as seen in her ‘from here to here’ project in which she produced pencils using waste from different departments from london’s royal college of art taking — from which the bodies were comprised of sawdust from the wood workshop, clay from the ceramic department and flour from the cafeteria, with graphite taken from the glass department. her ‘rust’ series is no exception. 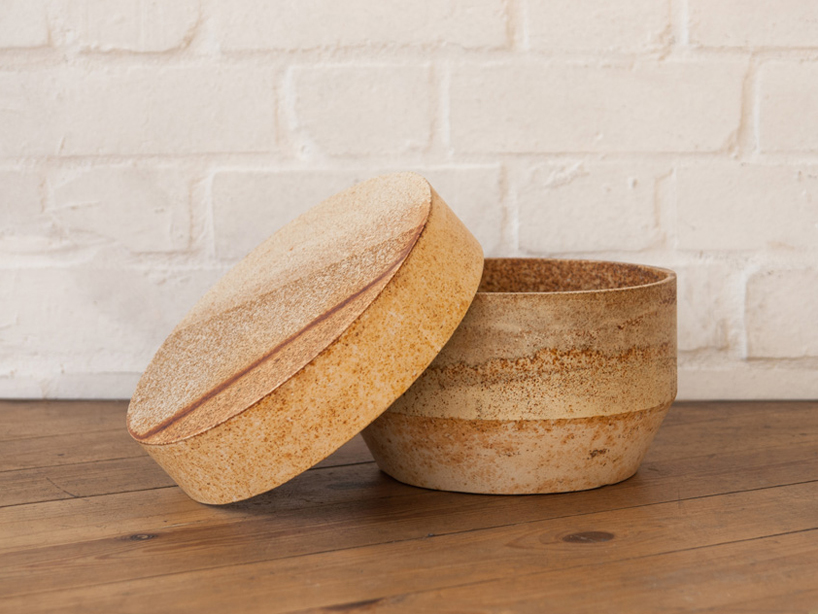 the first homeware collection for the london-based designer, ‘rust’ is a range of vessels (jewelry boxes, pots, trays, vases etc.) whose oxidized and corroded appearance which informs its name, is a result of combining metal dust — taken from key cutting and other metalworking workshops across london — with plaster and jesmonite. 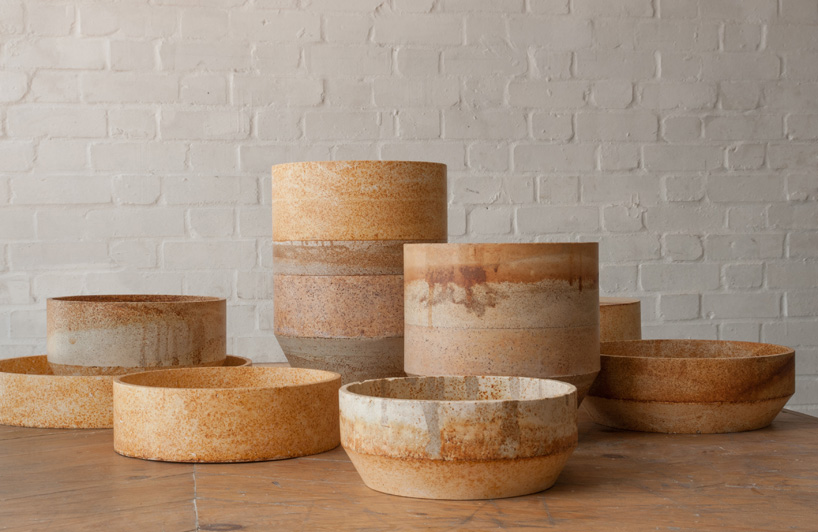 the homeware collection is comprised of jewelry boxes, pots, trays and vases

ariane prin on the process of developing ‘rust’:

‘it takes us about three days to complete a piece in ‘rust’. that is no considering the rusting time and the high variability of the process — I often reject and recycle pieces in the production when I’m not happy with the result. but every time I go to my studio I’m excited to see the objects’ changing textures. it’s like each one of them was alive and mutating with time.

the shapes I chose for the RUST range are extremely simple. I wanted to let the material and its visual articulation be the heroes of this series of products.’

‘rust’ makes its debut at ariane prin’s first solo show at herrick gallery shoreditch (from september 19th-27th), as well as at the ‘matter of stuff‘ exhibition (september 24th-27th) at the hospital club, during the 2015 london design festival. on this occasion ariane prin will also be launching her new website prin.in. stay tuned! 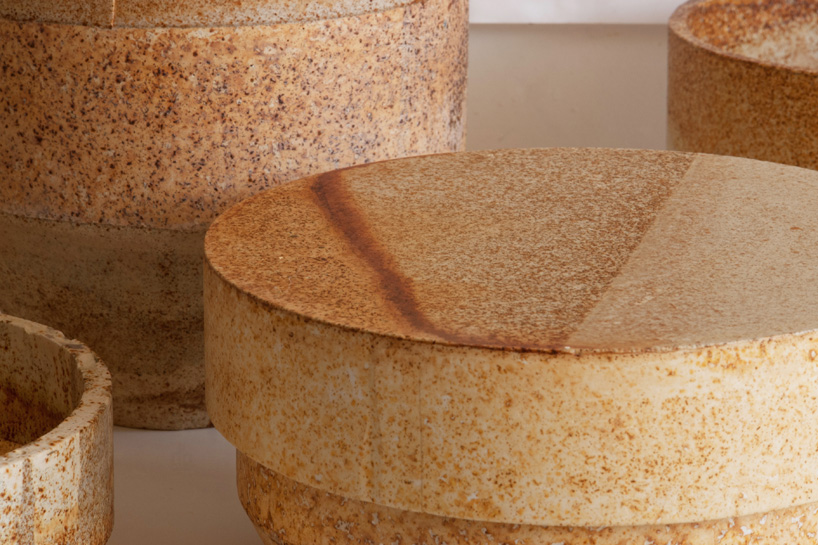 detail of the vessels’ corroded and oxidized appearance 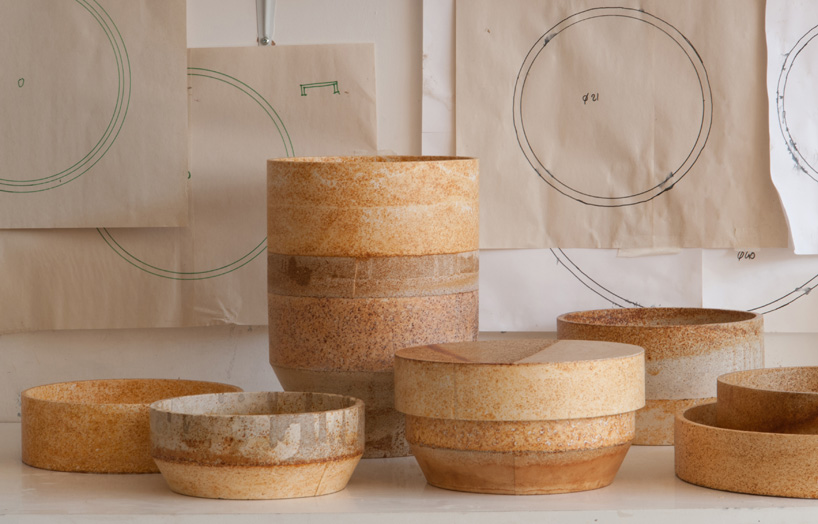 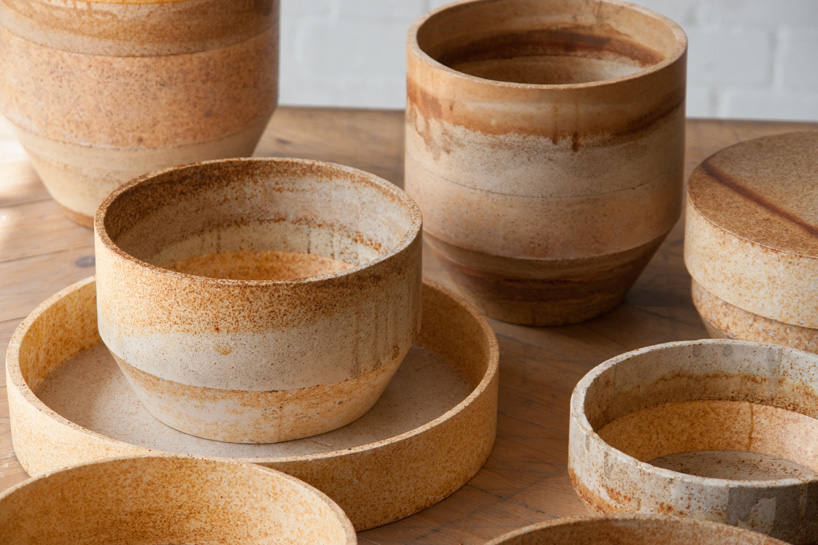 each piece is unique 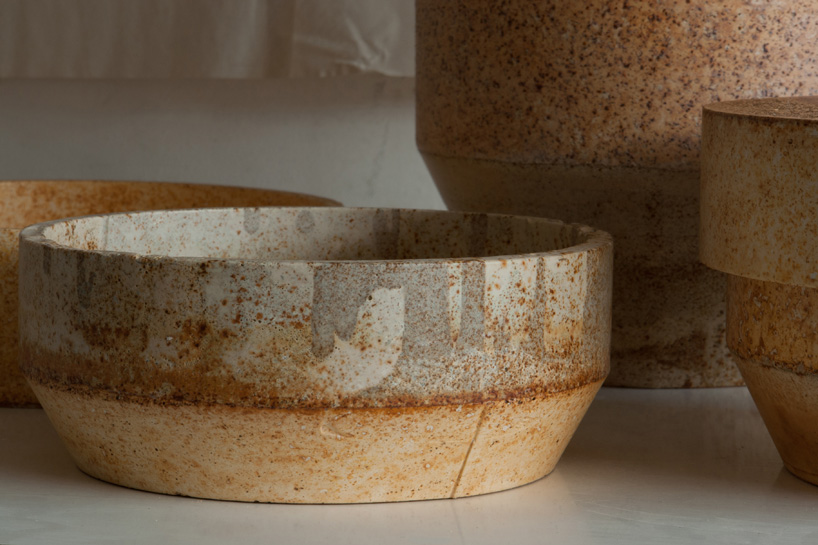 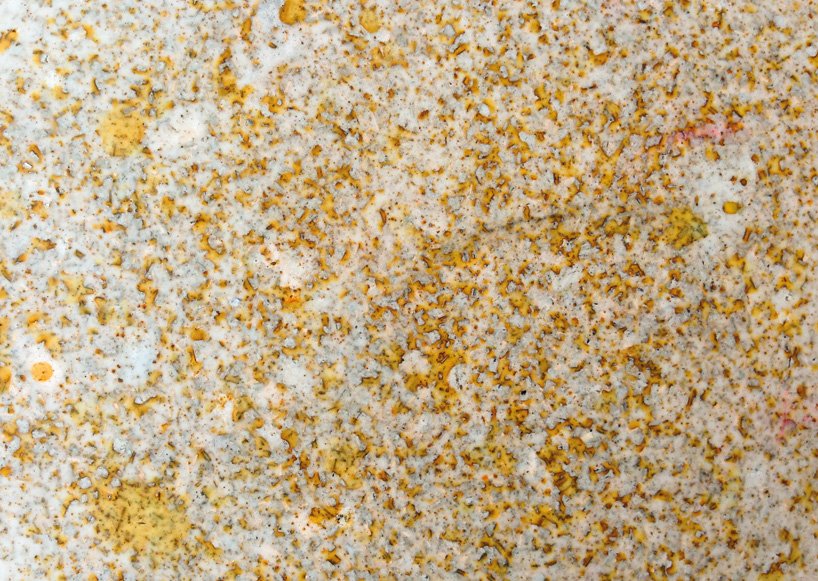 sample of a ‘rust’ finish 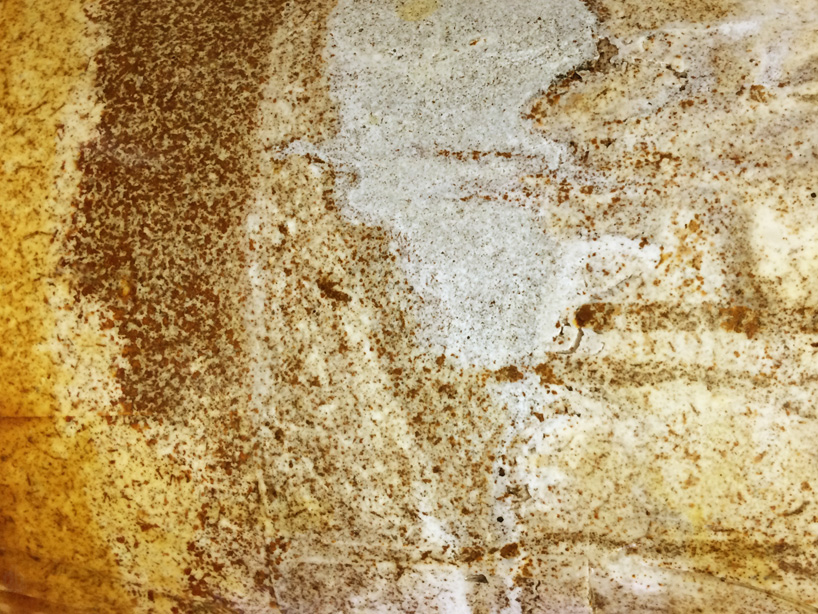 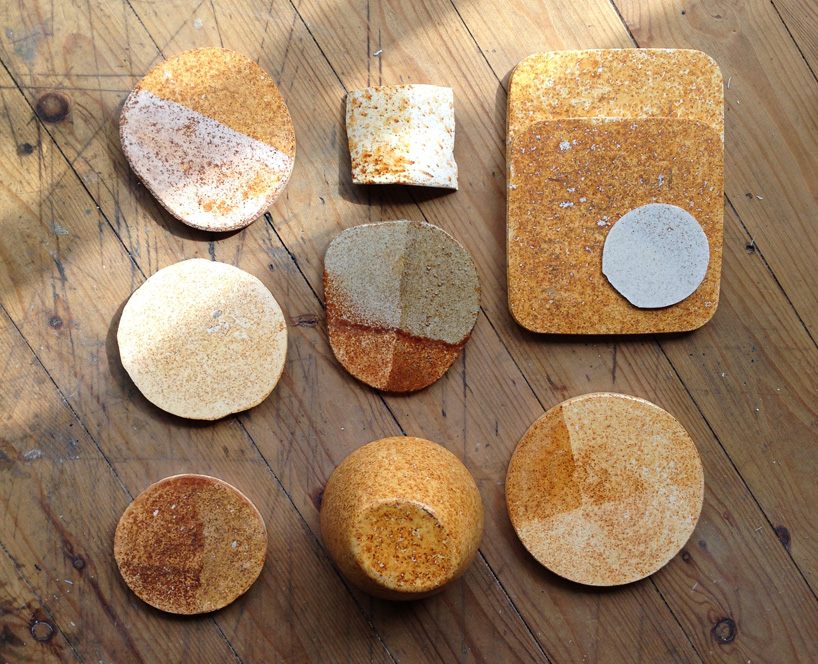 'rust' trays can be used as lids for 'rust' bowls

depths of the varied rust finishes

ariane prin in her studio working on 'rust' 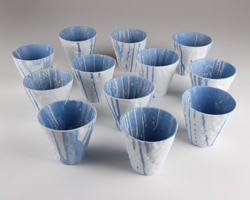 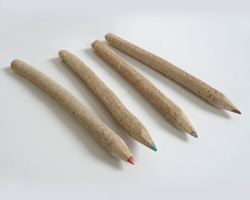 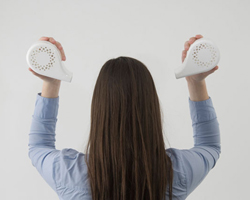 Aug 02, 2021
max lamb's 'glulam' chairs are compositions of soft and rough hewn geometries
each 'glulam' chair shows the raw, textural grain of the laminated wood, and is at once rough and meticulous.
design
822 shares
connections: +340