‘experimental growth’, a macro-installation by arik levy, is a site-specific work commissioned by the bisazza foundation for their permanent collection. the architectural sculpture is a rock chamber, a small cave which one is invited to occupy – a plush interior is upholstered in a warm fabric by kvadrat, contrasting the cold exterior composed of small black mosaic tiles. measuring more than 7-metres long and 6-metres high, the work emulates the look of a meteorite, which has passed through the atmosphere and landed here on earth. monolithic in its own right,  it complements the new hall which the israeli designer has also created for the institution, in which he has altered the existing building with subtle curves.

here, levy retraces the creative evolution of the rock chamber and its geometric appearance with ‘virtual truth’, a video which accompanies the piece. visitors can interact with the images shown on the screen, which then respond to one’s movement and those who come in contact with it,  changing their perception of the space, offering an even more engaging experience. ‘this work marks the transition to the monumental sculpture and the functional on a large scale. (…) we are the primitive men of the future  and this is our future cave.’ – arik levy ‘experimental growth’ is on show at fondazione bisazza until december 21st, 2012. 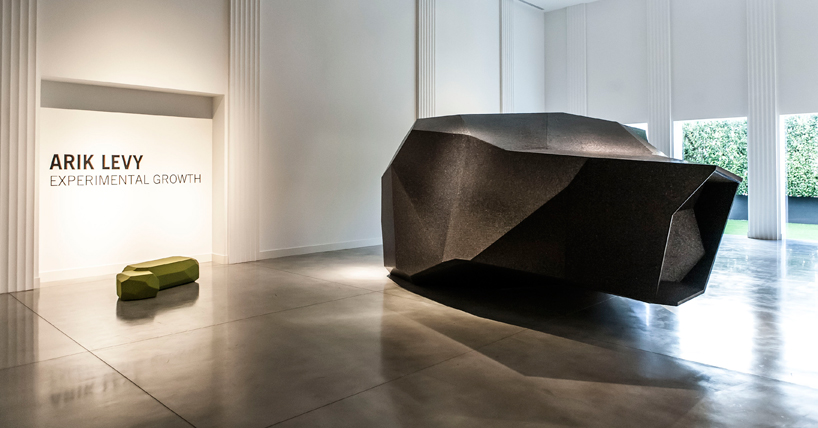 the work appears as a large meteorite 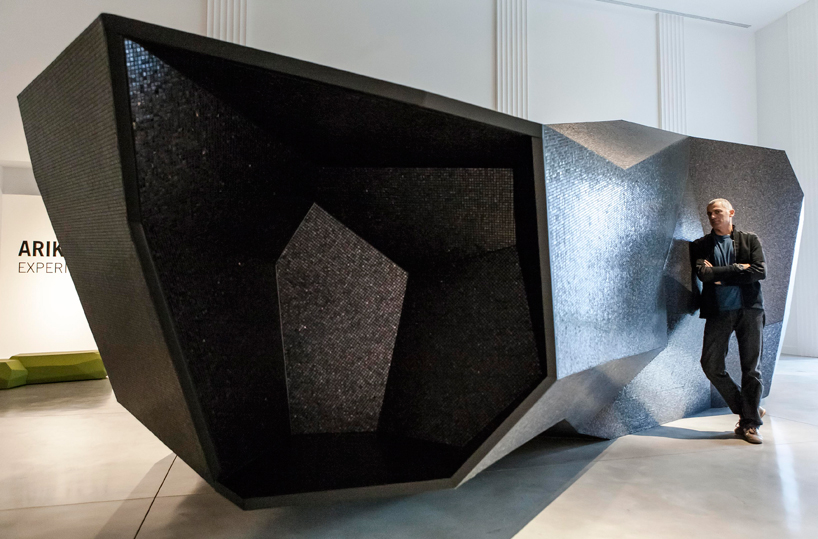 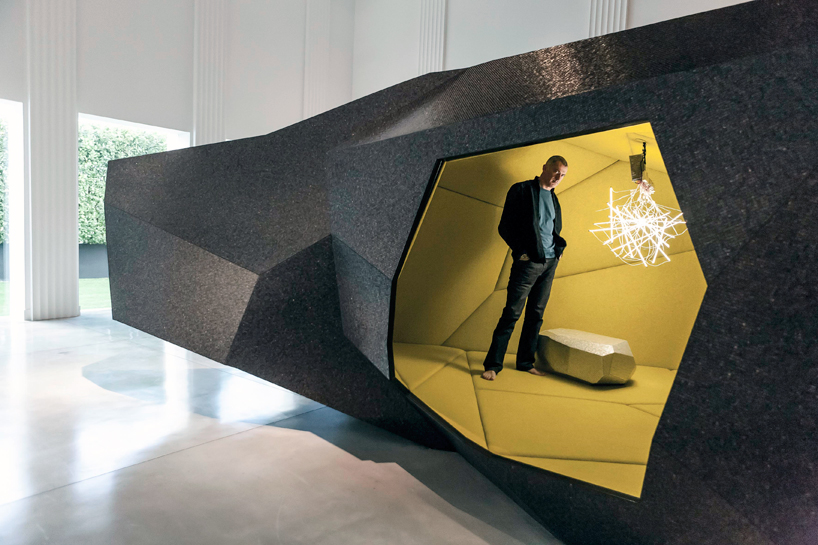 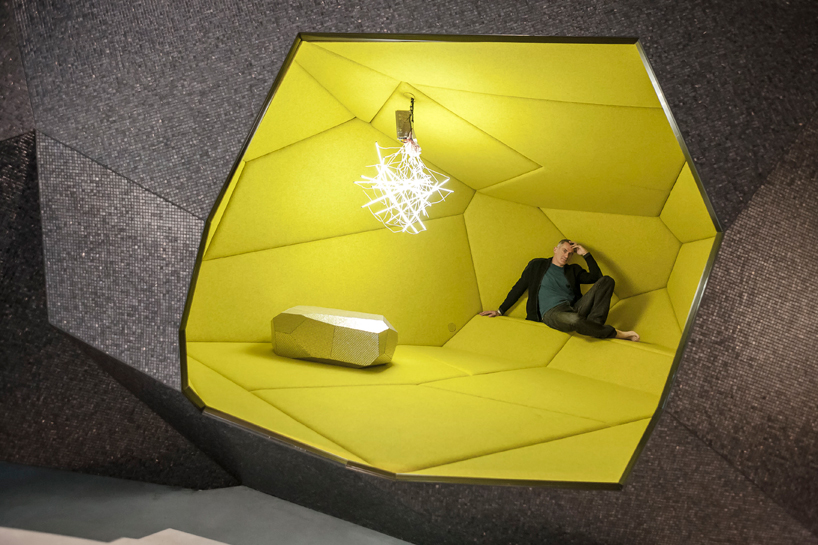 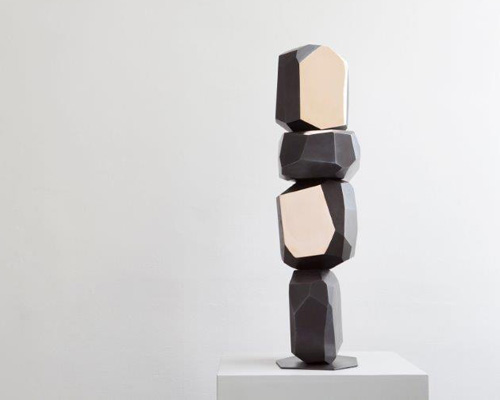 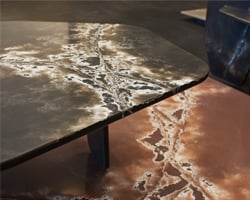 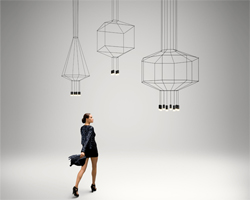 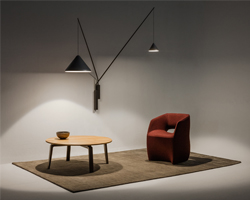 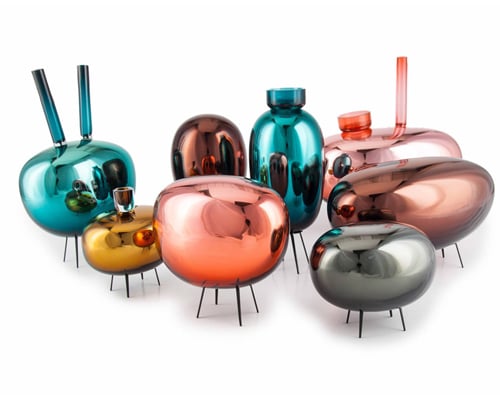 May 28, 2016
verreum uses a traditional silvering technique to create a reflective collection of objects 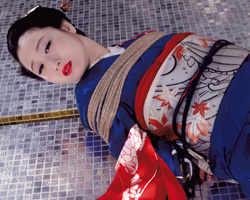 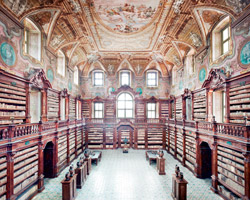 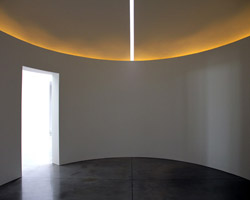