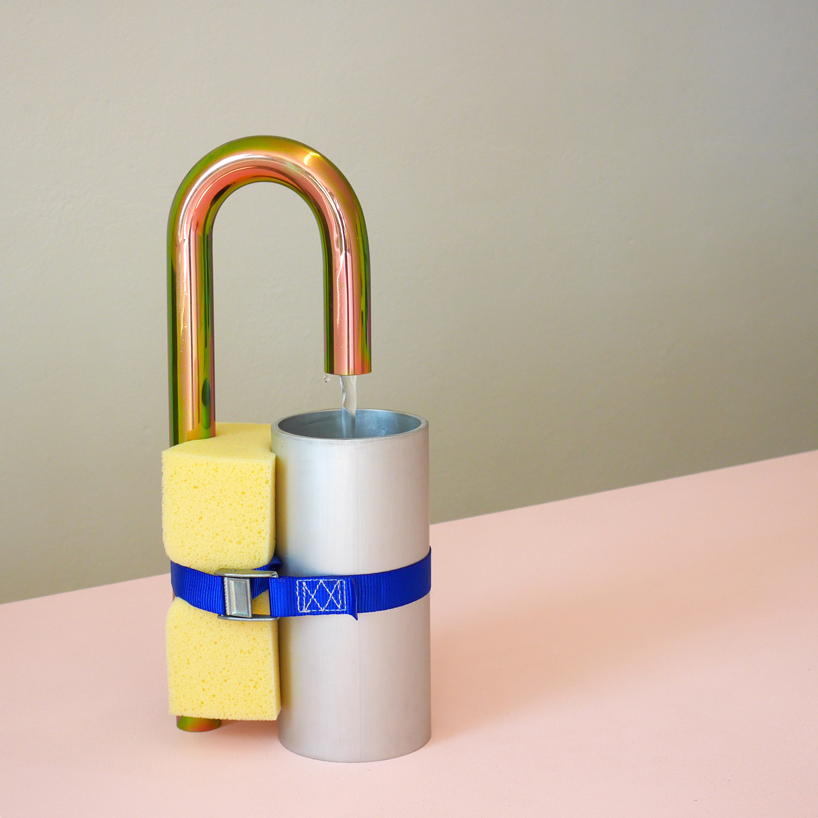 hoffner riffs on the idea of an indoor fountain, disregarding its lavish decoration in favour of domestic utensils. funnels, sponges, lengths of recycled piping, bowls and marble, are chosen for their associations with water. 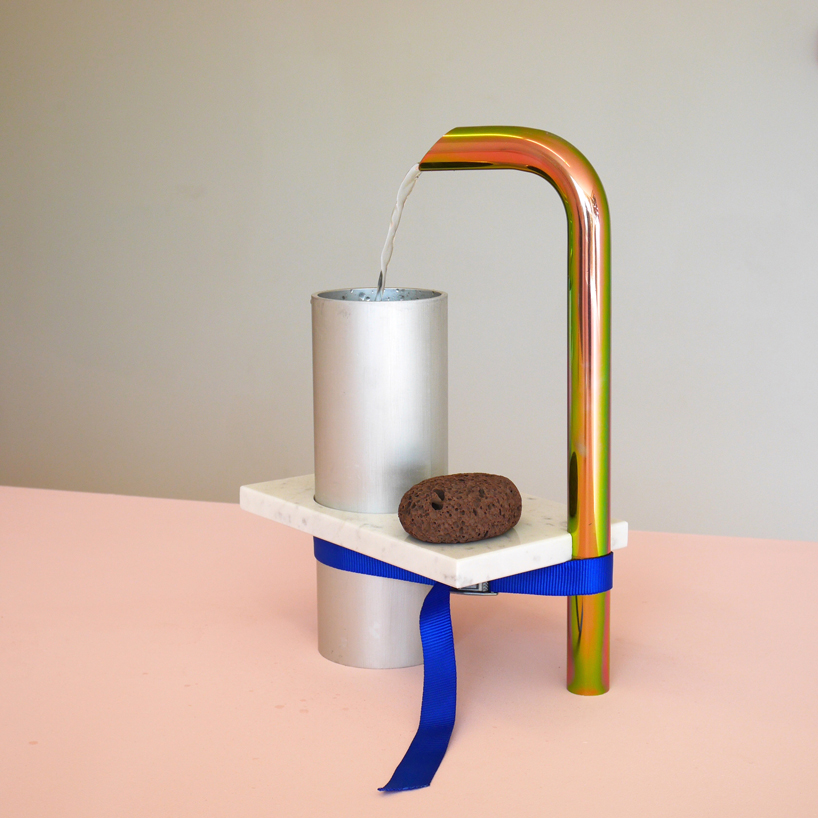 the materials are combined with pieces of rope, assembled in such a way that recalls marcel duchamp’s readymades or ettore sottsass‘ ceramic totems. together, the assembled parts of each fountain form the mechanism that produces the stream of water, whilst presenting a dialogue between materials, shapes and construct. 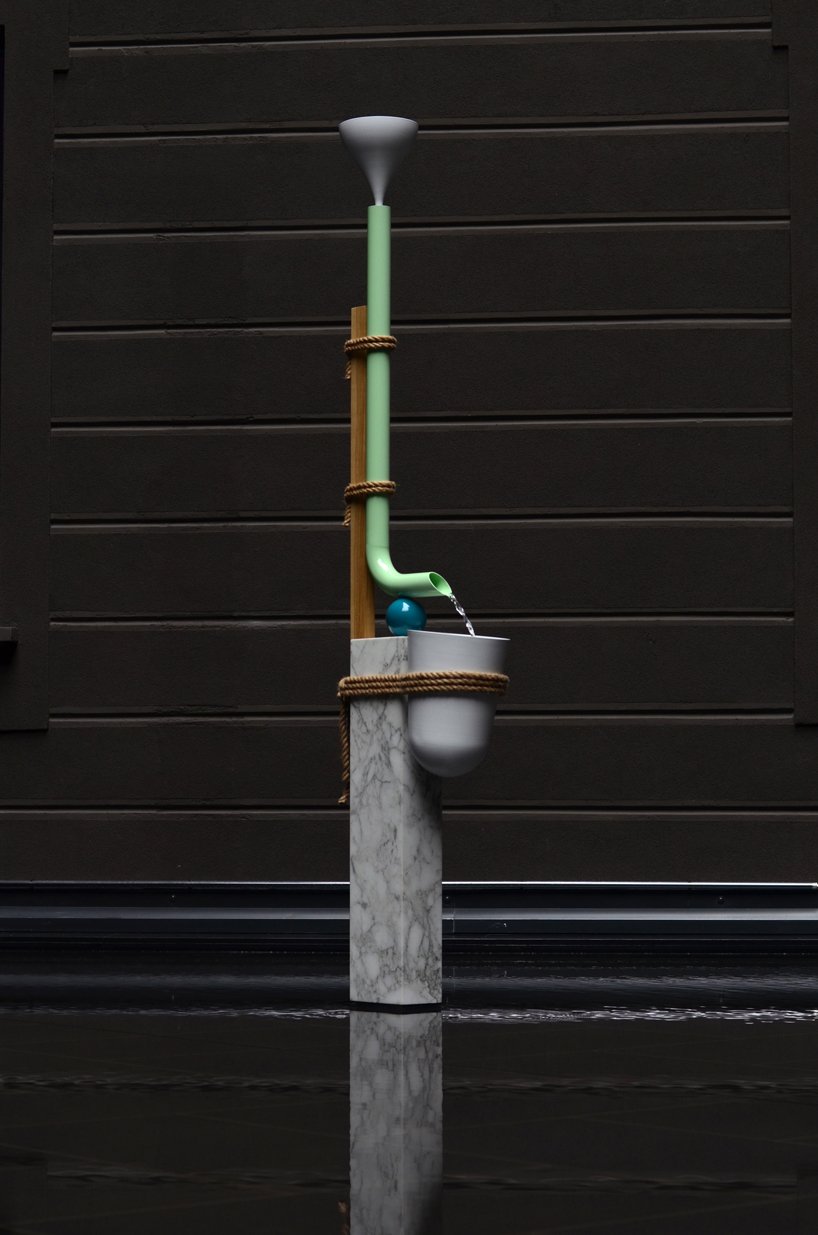 ‘as places of perpetual negotiation between liquid and solid states, the fountains here presented are made of assembled utensils but also by the dialogue that connect their parts‘, hoffner’s statement about the project reads. ‘by redefining the common components and materials of the interior fountains, I attempt to authentically incorporate them in the domestic landscape.‘ 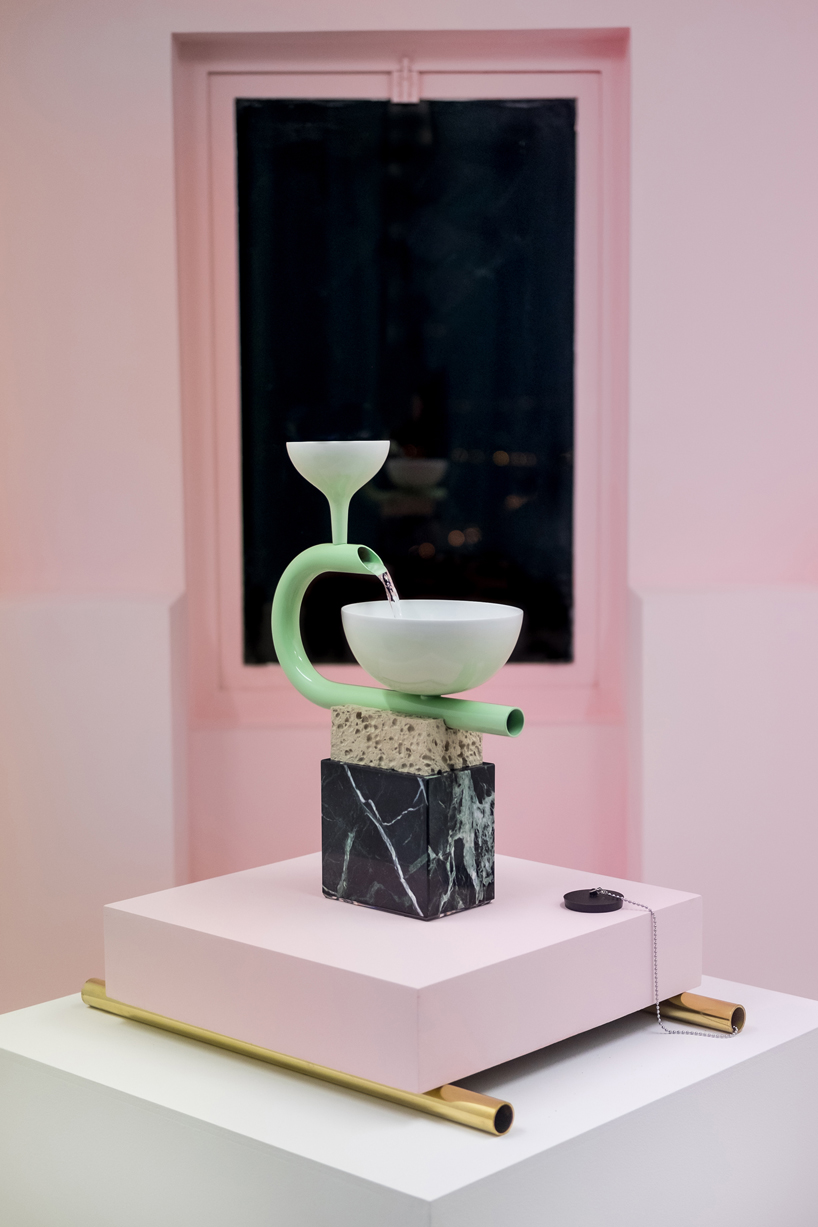 with his fountains series, hoffner won the public award at the latest design parade at villa noailles, in hyères where they are on exhibit from 29 june 14 september. the designer first presented fountains at the senato hotel courtyard pool during milan design week 2018. 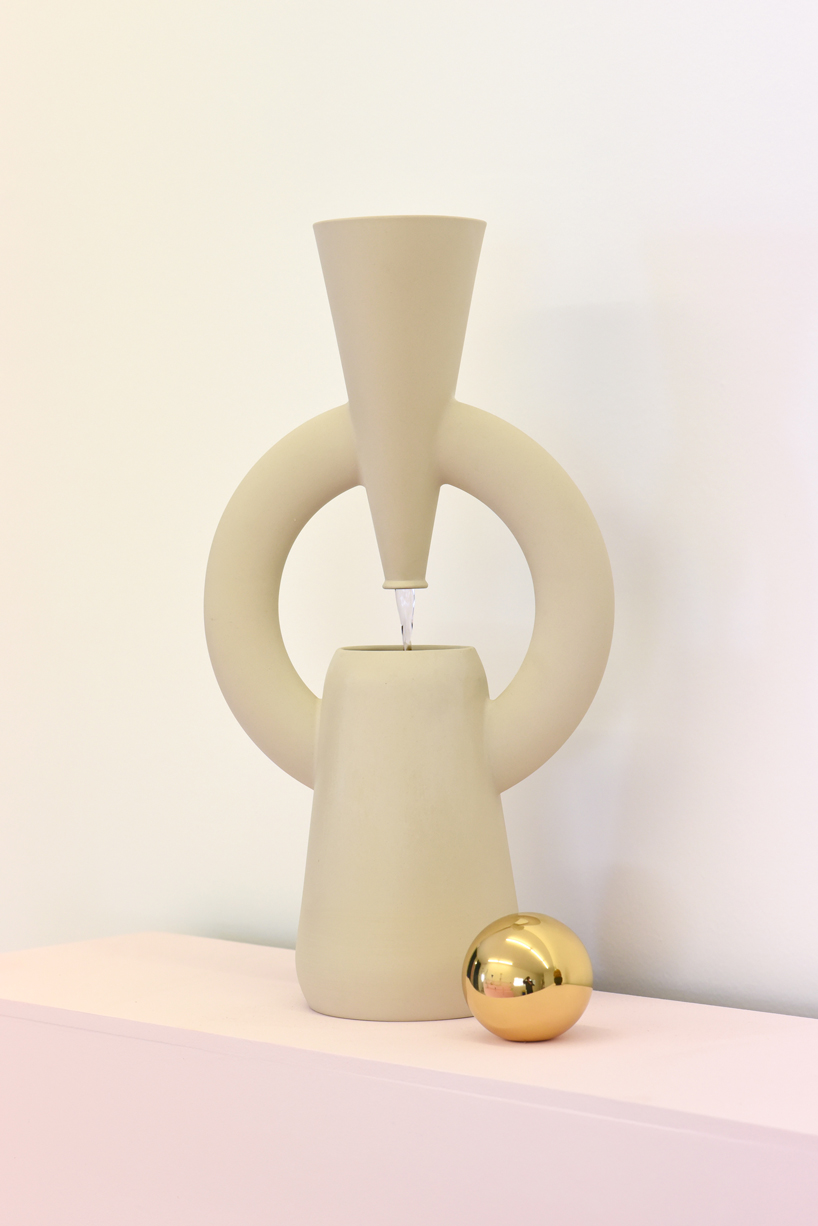 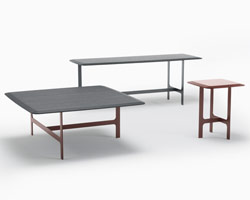