'ascendance' is a petrified wood fireplace designed by metaplace industries

launching during new york city’s international contemporary furniture fair (ICFF) between may 19th – 22nd, 2019, metaplace industries unveils ‘ascendance’ – a fireplace made from petrified wood. rather than utilizing modern technology, founder nick wray has decided to ‘turn back the clock’ to create an object from a material that has been formed over millions of years, fusing something naturally occurring with a man-made design. 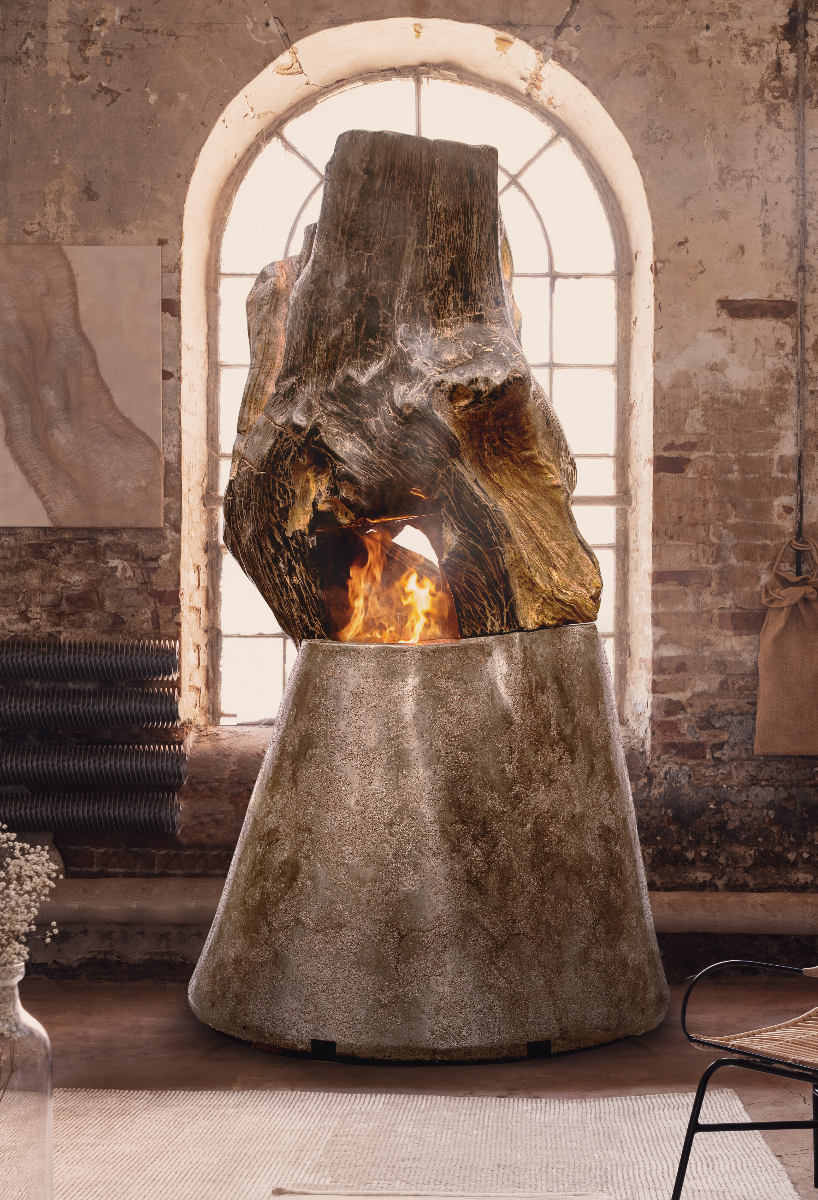 a rendering of the ‘ascendance’ fireplace in-situ

all images courtesy of metaplace industries

formed underground through a process called permineralization, ‘petrified’ wood refers to the fossilized remains of terrestrial vegetation. over the course of millions of years, the material transforms into stone as the tree’s original organic matter is replaced by minerals. the ‘wood’ however, retains it’s cellular structure, preserving the tree’s appearance and inspiring metaplace‘s vision to create a standalone fireplace out of an individual trunk. 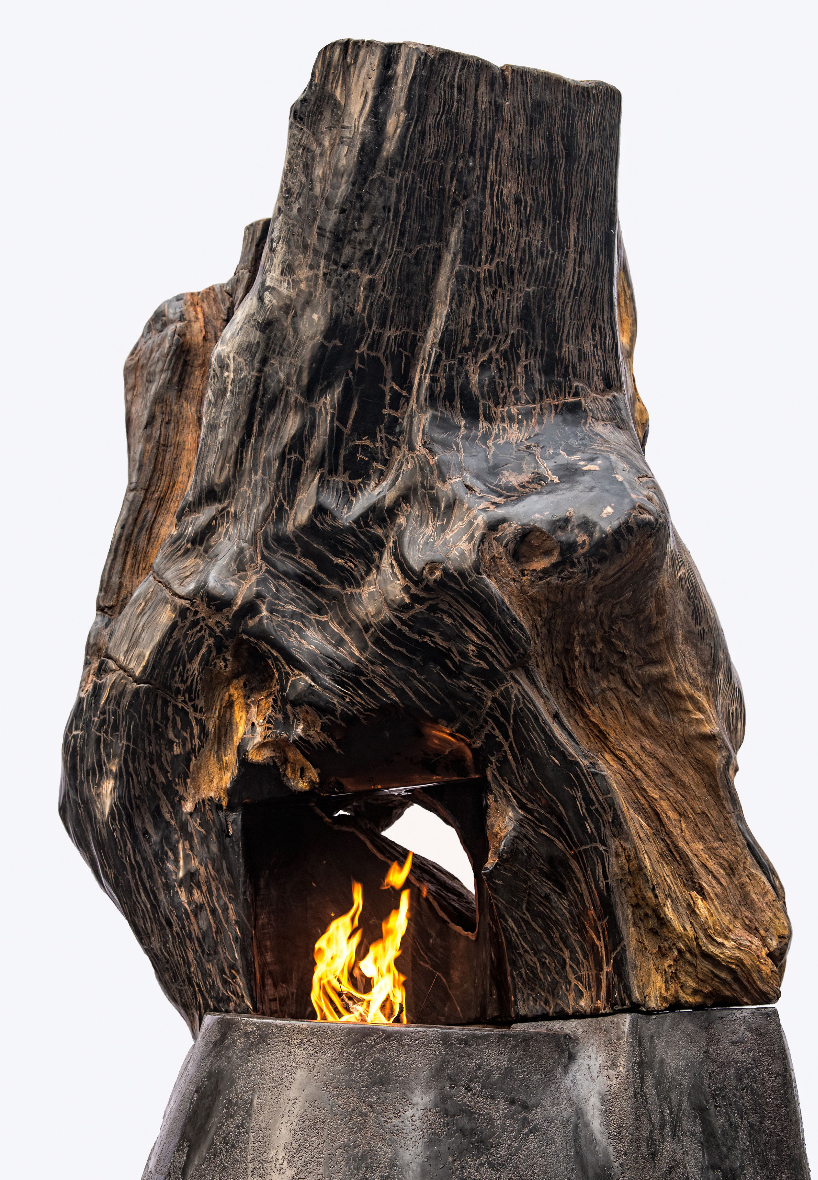 close-up view of the fireplace

although wood makes up its sole composition, the material does not burn. it instead takes on the traditional characteristics of stone, both in functionality and aesthetics. the specimen obtained to create ascendance comes from a low-land tropical tree species (dipterocarpaceae) indigenous to central indonesia and is estimated to be roughly 22 million years old. below the trunk, a custom concrete base is constructed with a hollow core, which houses a low-voltage natural gas burner, controlled by remote control or bluetooth compatibility. 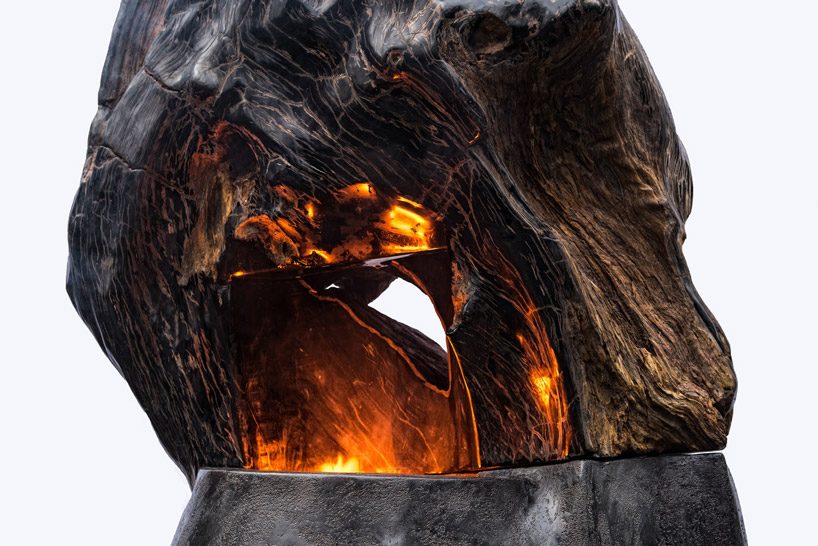 the material does not burn

wray comments, ‘metaplace draws its inspiration from the world’s wonder and beauty. it’s petrified wood, millions of years in the making, a wood that is stone, a material that is as mysterious and alluring as a polished gem, and yet built to provide the perfect hearth that truly could last for millions of years without ever losing its luster.’ as a way of giving back to the people of indonesia – the primary source of petrified wood used to create a metaplace – 2% of the net profits from the sale will be donated to direct relief international, a nonprofit dedicated to helping indonesian children in areas of extreme poverty. 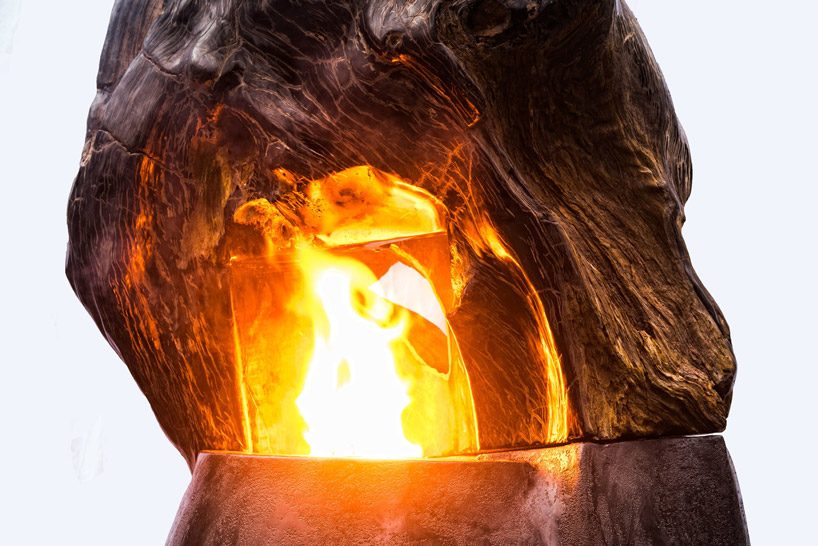 the petrified wood functions as stone 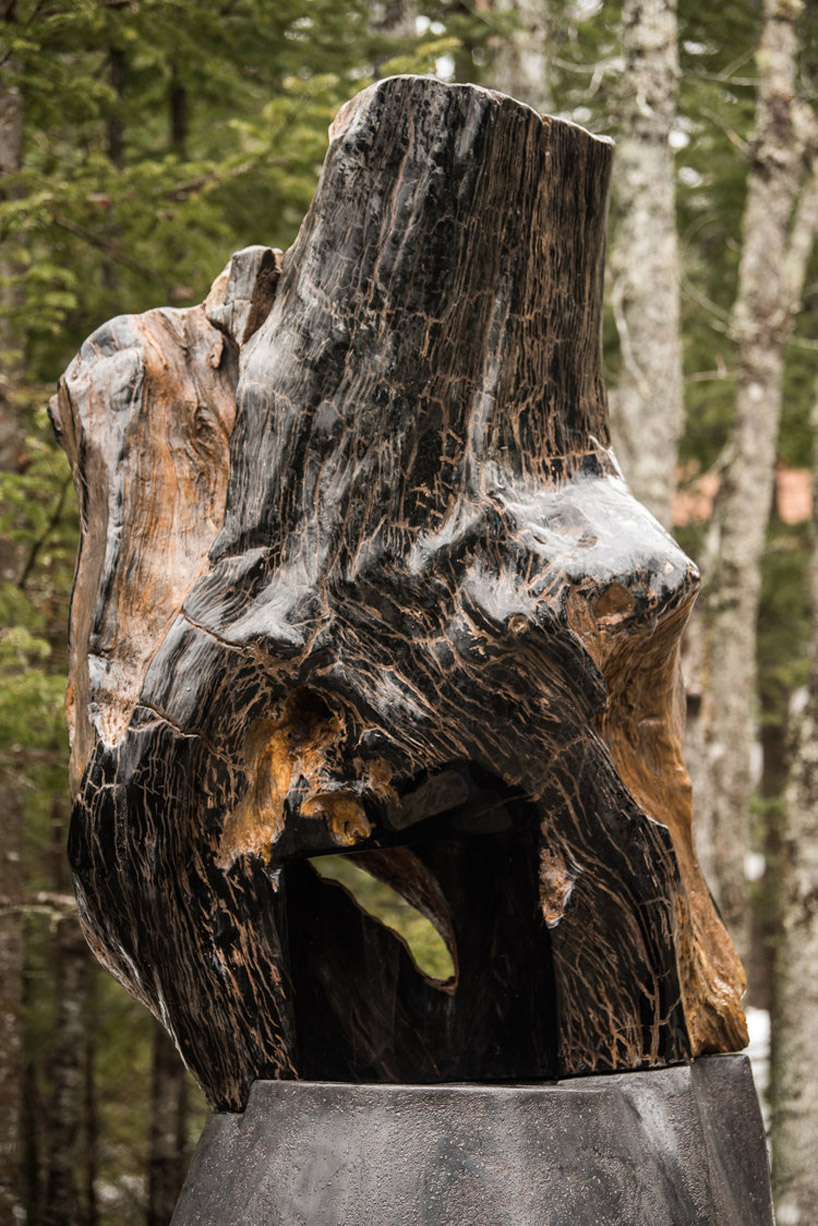 each trunk is unique in its form 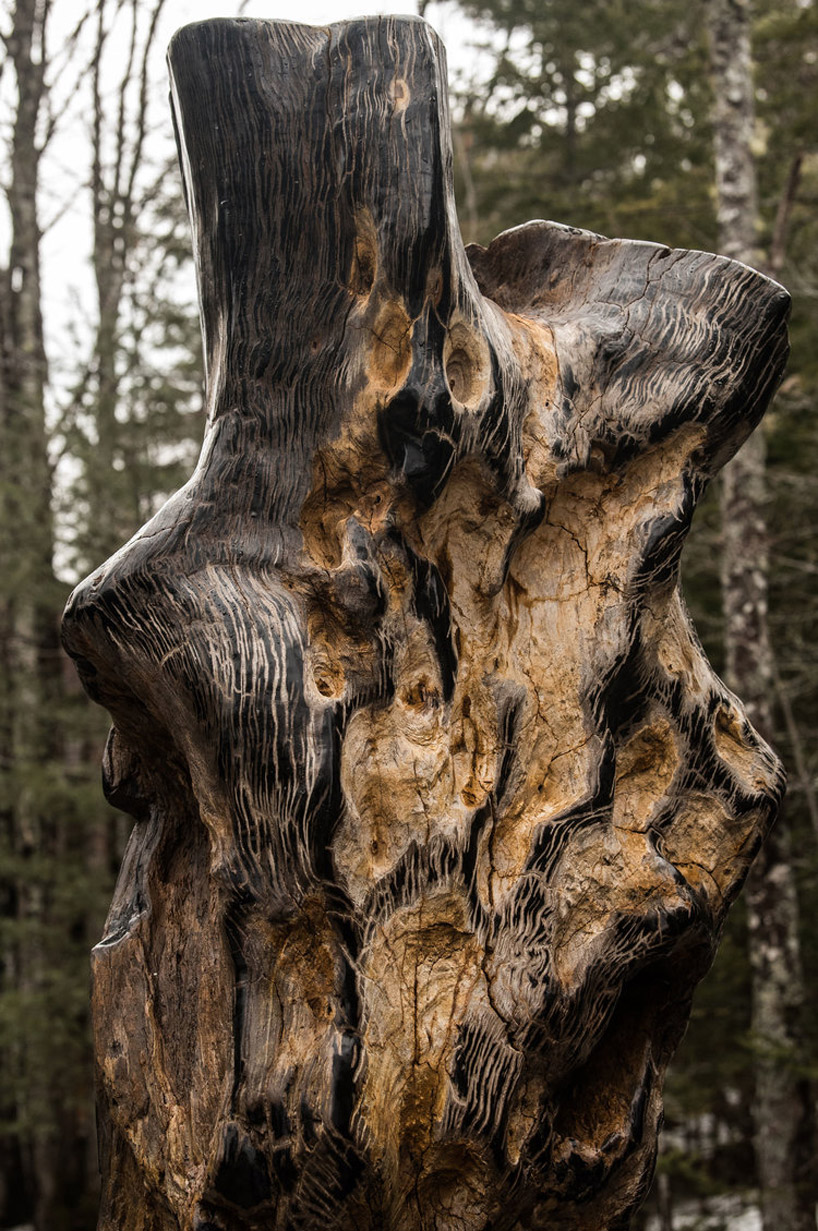 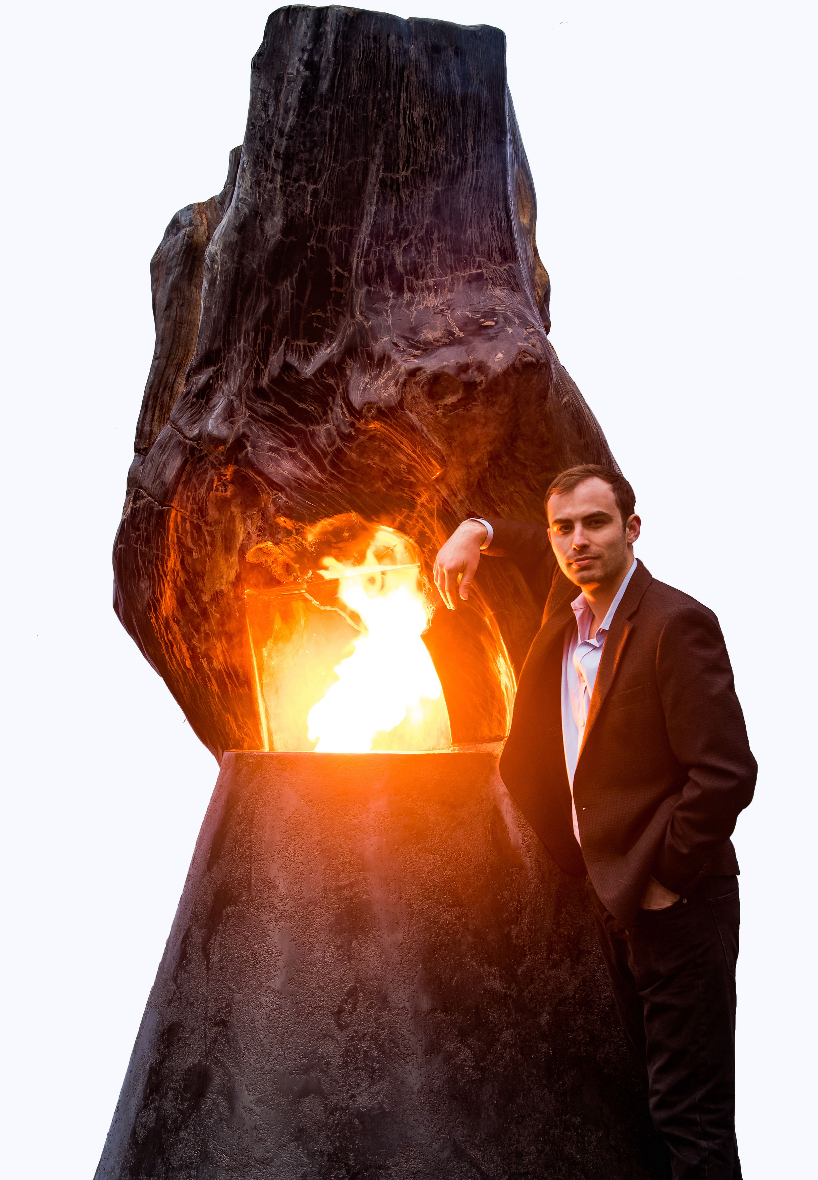