atelier oï: the swiss art of expression for LAUFENimage © designboom

switzerland-based firm atelier oï developed an installation for international manufacturing company LAUFEN which was on show at officine stendhal in the heart of zone tortona during milan design week 2012. the organization celebrated a 120 year history in ‘bathroom culture’ paying homage to the ceramic material which is the cornerstone of the enterprise.

titled ‘the swiss art of expression’ the exhibition revolved around showcasing the brand’s expertise, interpreting the transformation of the two fundamental natural elements involved in the production: water and fire. the vast white space was divided into two areas to feature these ideas which were presented by a play of moving mirrors. as they faced one another, the objects changed the perception of space while abstractly evoking the transformation of the components and the creation of the finished product. 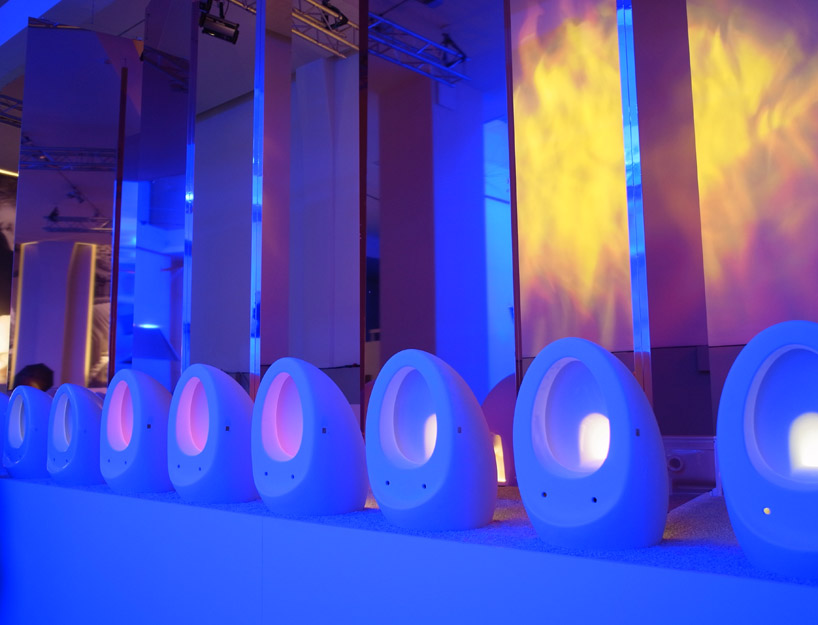 water represented the cycle of nature in a vertical choreography, from the air to the earth where, drop-by-drop, the passage of the element was celebrated in a visual and acoustic choreography. this soft stream was captured in a series of 120 fluidity contoured basins, which recalled the shape of a polished stone by the bed of a river and at the same time celebrated the brand’s 120 year history.

opposite the installation, different states in the transformation from earth to ceramic were staged in front of a projection that evoked fire which became intermingled within the orchestrated sweep of the moving mirrors. representing the klins in the factory, large images on the glass partitions interspersed and highlighted the important of craftsmanship, vital to production and expertise of the company. 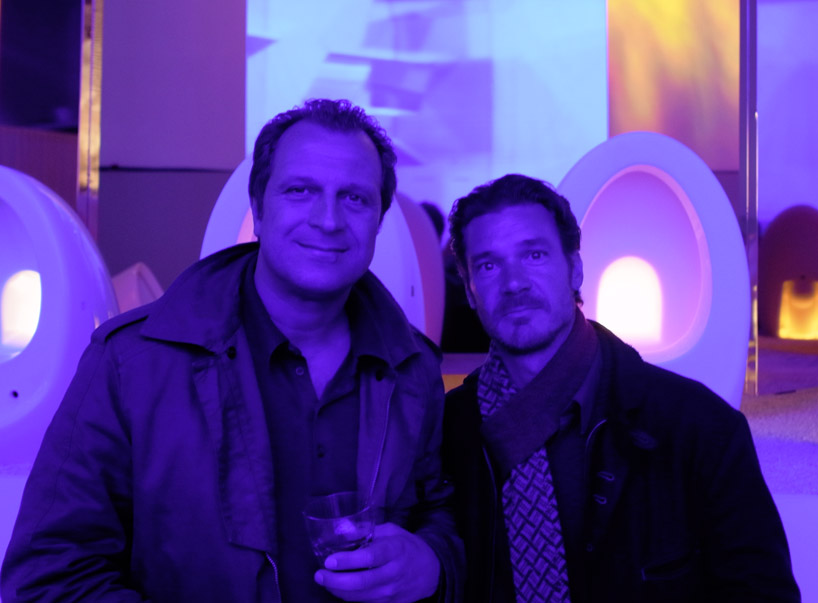 ‘the installation is intended to remind the observer of the artisan expertise, the close relationship to the material, and the way a craftsman at LAUFEN bathrooms approaches his workpiece with care and patience. at the same time the installation shows that LAUFEN bathrooms knows how to mix traditional, cultural and artistic aspects and to convey this message.‘ – atelier oï 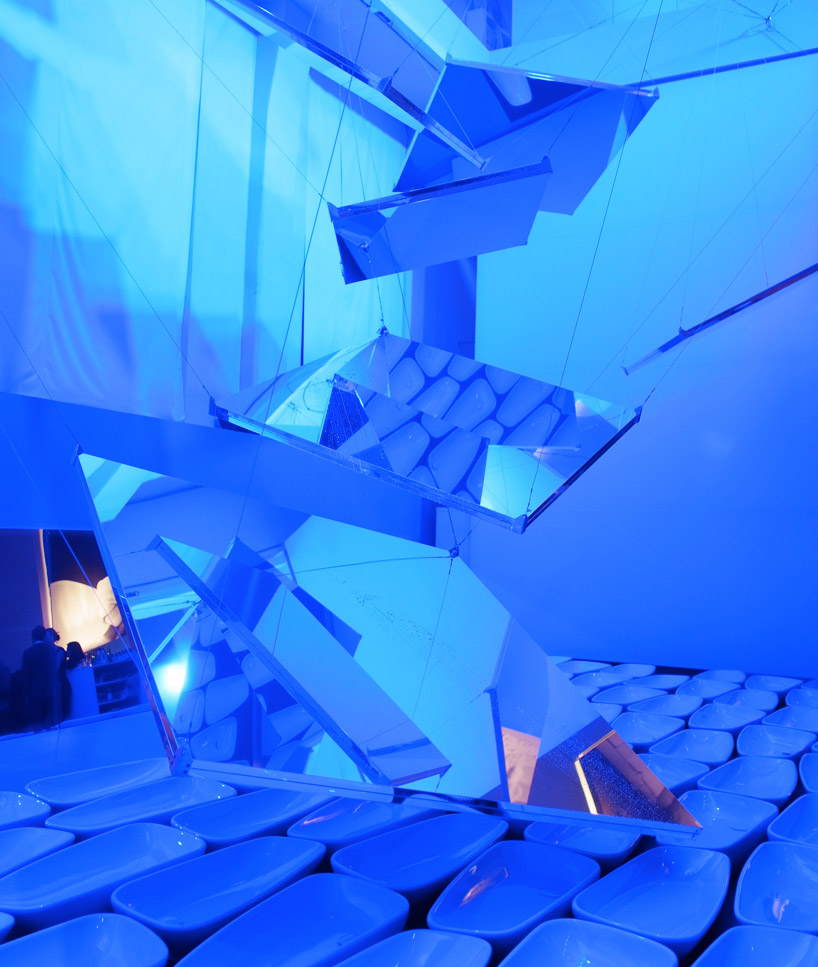 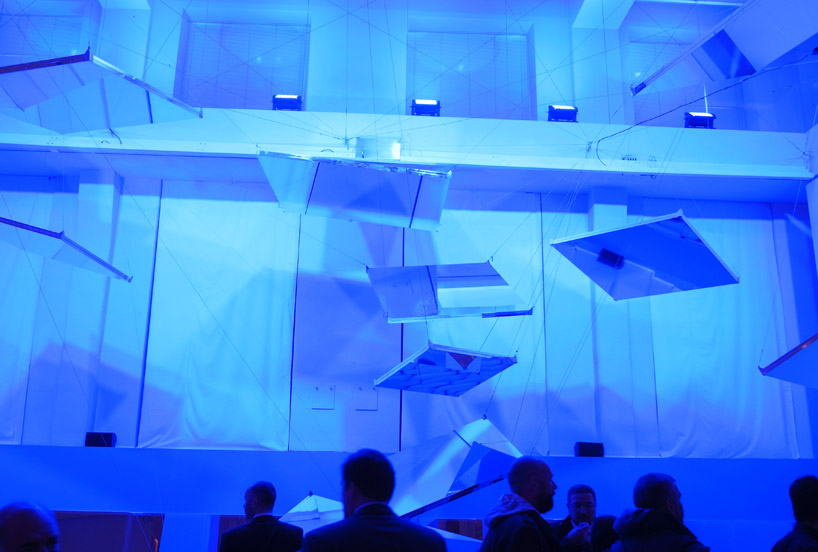 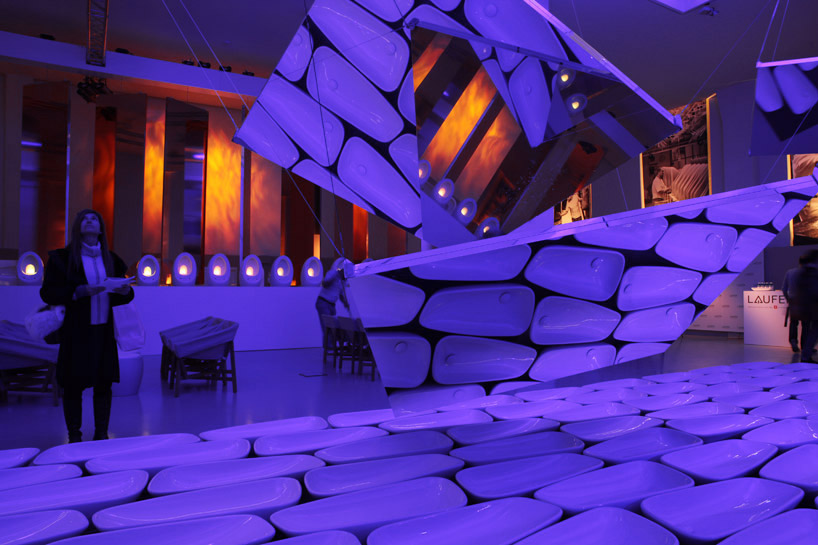 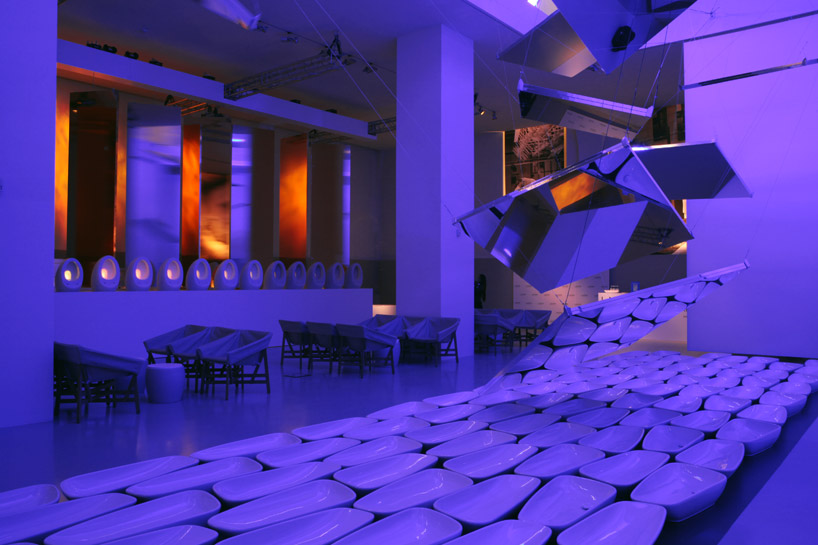 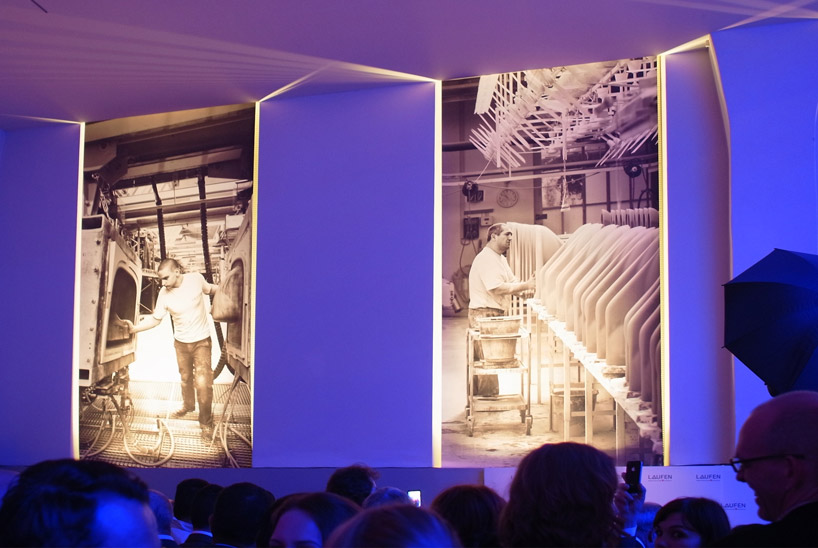 projection of the company’s history and craftsmanship image © designboom 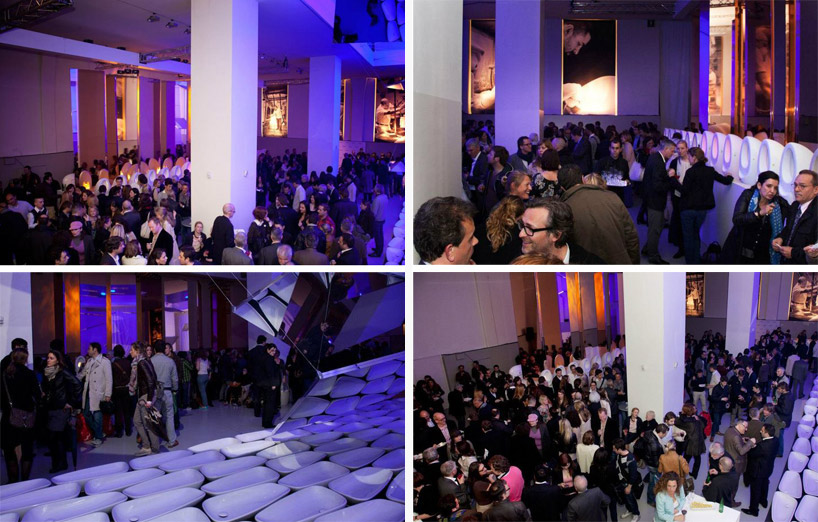 interior views of the party 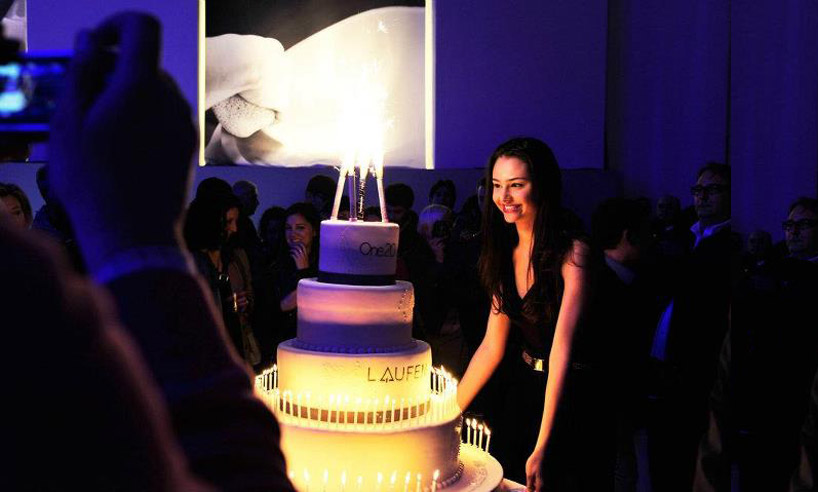 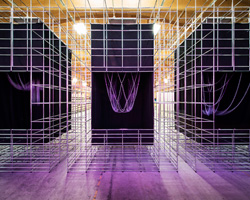 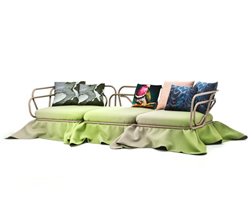 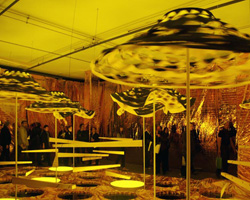 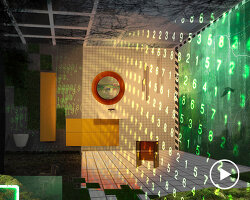 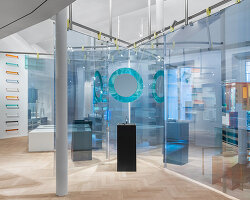