for this year’s edition of roof garden arnhem — a sustainable festival garden on the roof of a dutch car park — product designer rick tegelaar and architect arno geesink developed a flat-pack wind-powered watertower. the event’s goal was to create a low-cost self-sufficient grey water system that would help improve the garden’s water management. designed with the assistance of ABT consulting engineers, the 7.6 meter-high tower is able to hold up to 1,000 liters of water. consequently, enough pressure is created to facilitate a flexible sprinkler system for various uses. a small windmill on top powers an electrical pump which feeds rainwater from a low tech collection-filter system into the reservoir. 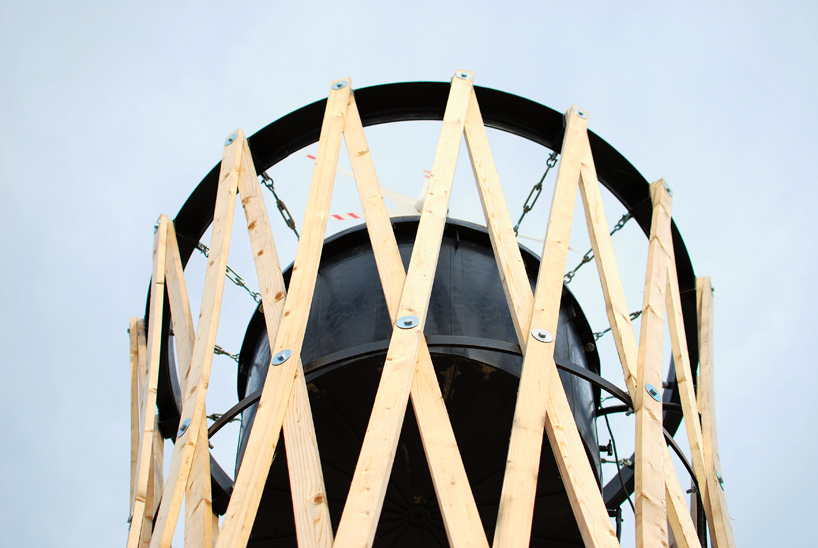 perched on the top of the tower, a small windmill powers the entire process

the entire construction was designed as a transportable and lightweight flat-pack — easy to assemble, erect and dismantle. the structural system, based on the 1920’s shukhov-tower principle, enables a high level of uniformity in structural elements as well as connections, thus reducing building costs and assembly time. owing to these factors, the water tower can move to remote locations and can be quickly assembled requiring no on-site facilities. following its roof garden appearance, the tower was erected on the dutch island of vlieland at design label weltevree‘s ‘strandtuin’. 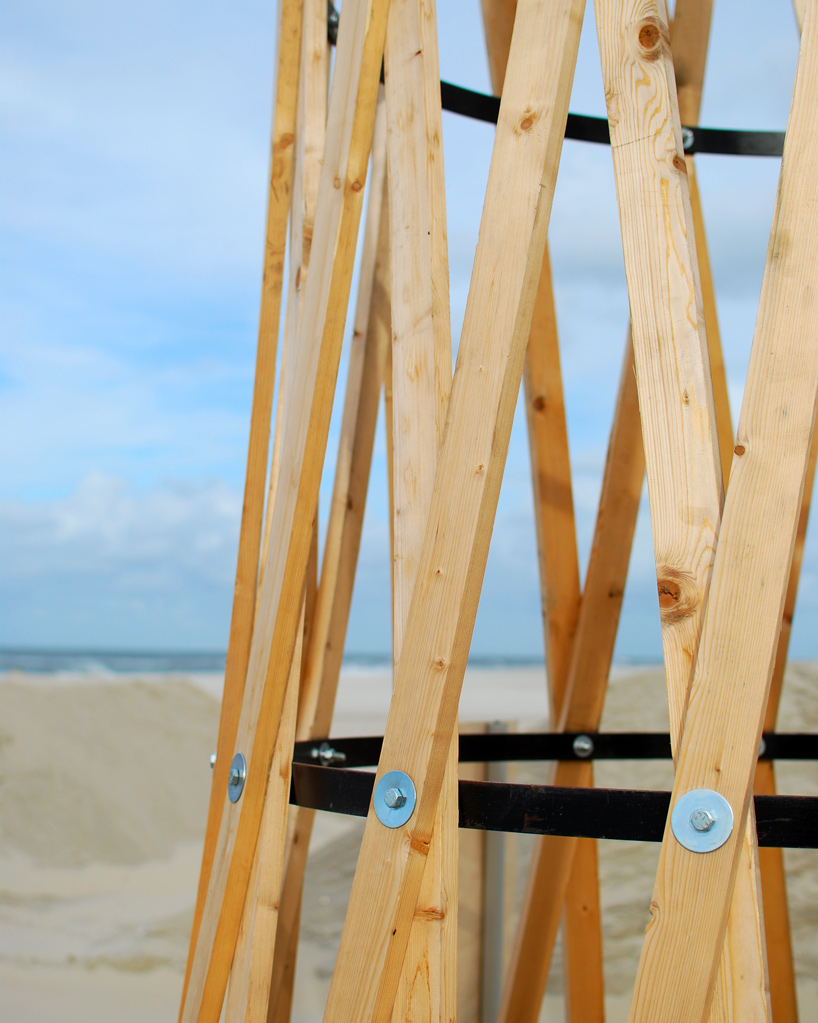 the flat-pack watertower is easily assembled on site 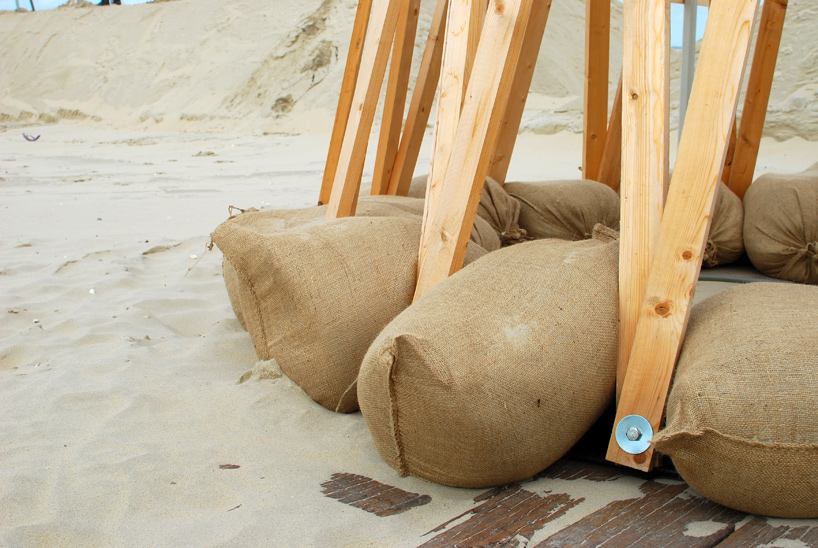 the sourced water can be used to keep beverages cool 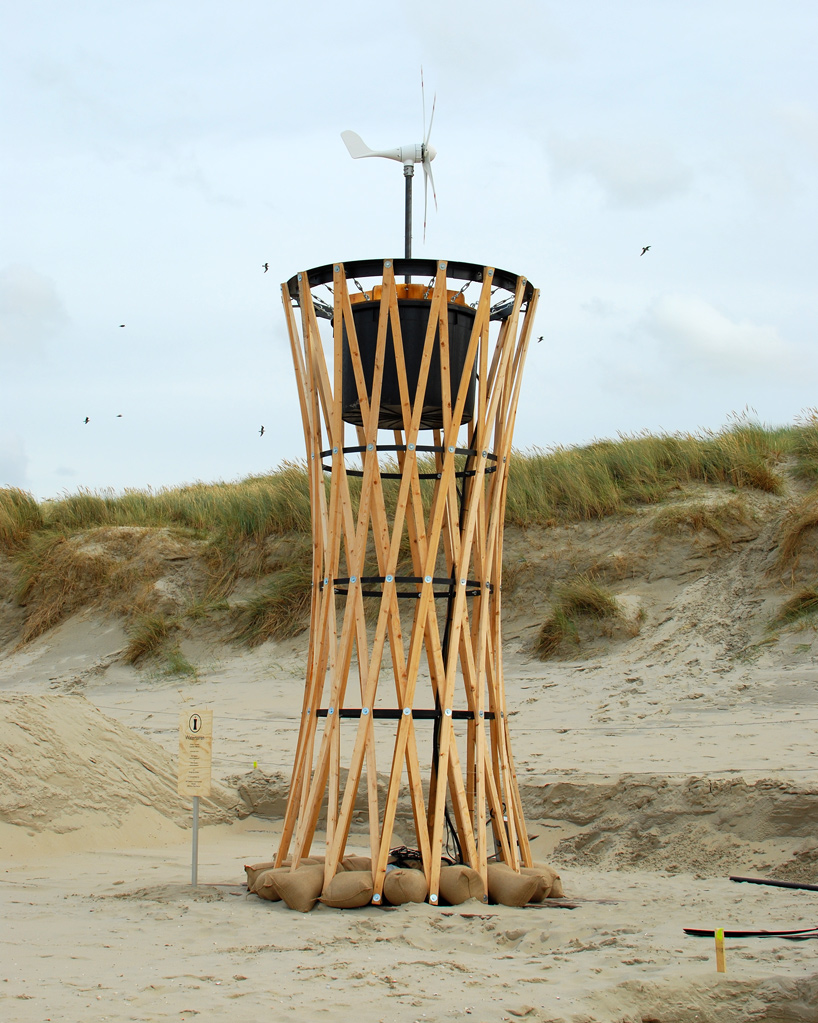 standing at a height of 7.5 meters, the structure can hold up to 1,000 liters of water 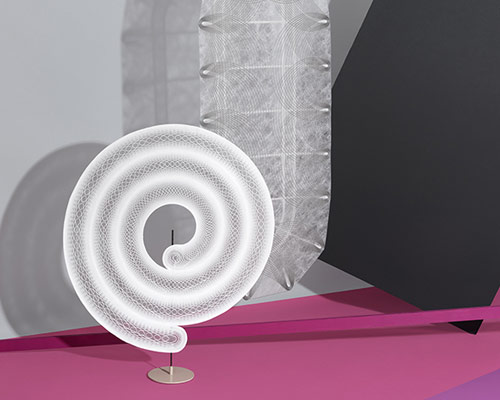 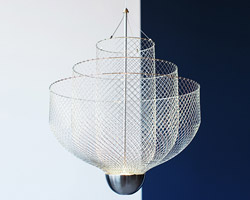