organs (detail), 2009 all artworks made and copyrighted by atelier van lieshout

slave city is an urban project by atelier van lieshout (AVL) which has been designed to maximize rationality, efficiency and profit of a city. AVL began the project in 2005, working with contemporary ethical and aesthetic values, ideas on nutrition, environmental protection, organization, management and markets, in order to recombine and reinterpret them.

the project presents a perfectly conceived creative city, with comprehensive infrastructure that includes services buildings, health centres, villages, brothels and museums, consuming a space of 60 square kilometers with a population of 200,000. the city’s only source of energy is that which it produces itself covered by the use of biogas, solar and wind energy, working to build a ‘cradle to cradle’ situation in which everything works as a closed circuit recycling system, where there is no waste.

slave city – cradle to cradle is presented as a perversion of a highly modern achievement-oriented society, bringing forward the discussion of the broken limits between good and evil. 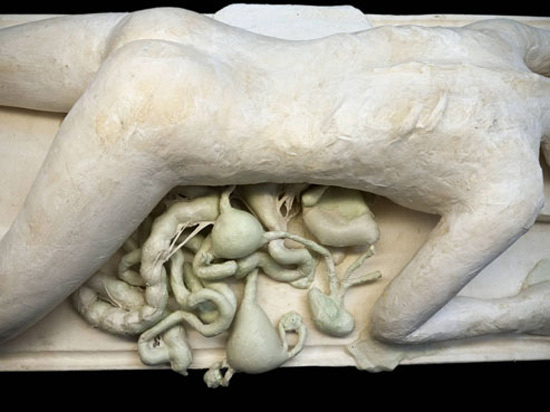 cradle to cradle is a mixed media installation – a self-sufficient system to recycle humans. it displays a production system that emulates nature’s model to recycle. old, crippled, sick and bad tasting people will be recycled in a biogas digester, while the healthy, not so clever will be recycled in the meat processing factory. the young and healthy will take part in an organ transplant program. 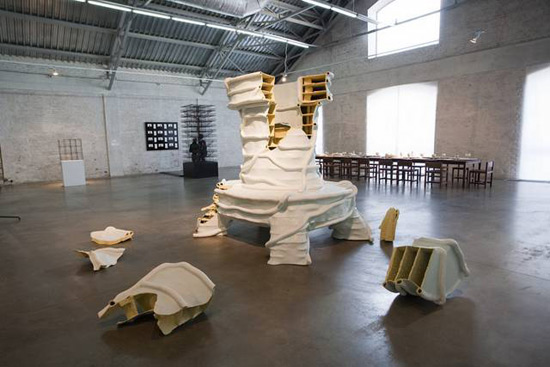 situated in slavecity’s public area, there is a large, biomorphic baroque shopping centre that consists of 26 floors and is a consumer paradise operating 24/7. the mall houses shops which have been irrationally chosen by joep van lieshout and range from brothels, recreational area, casinos, luxury good stores and a spa. alternative floors have clothing stores, art galleries, design and furniture stores. downstairs, there is an arena for entertainment, supermarkets and organic food suppliers. there is also a health department with pharmacies and dental care, along with medical care, hair and beauty salon and a cosmetic surgery parlor. 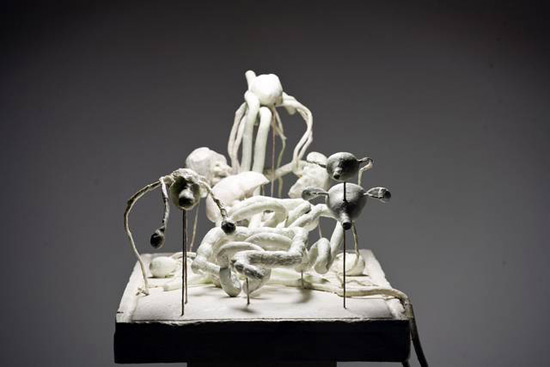 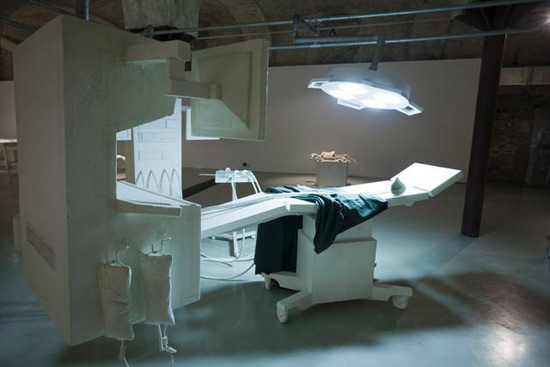 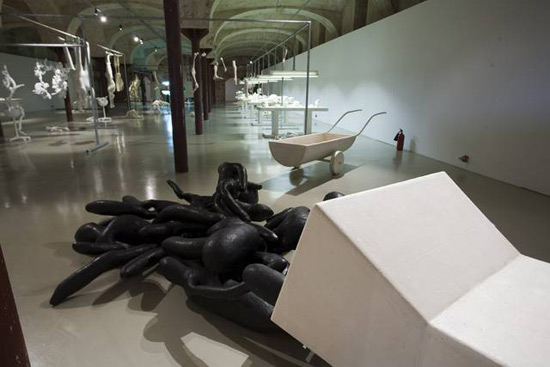 installation view of cradle to cradle exhibition at winzavod, moscow 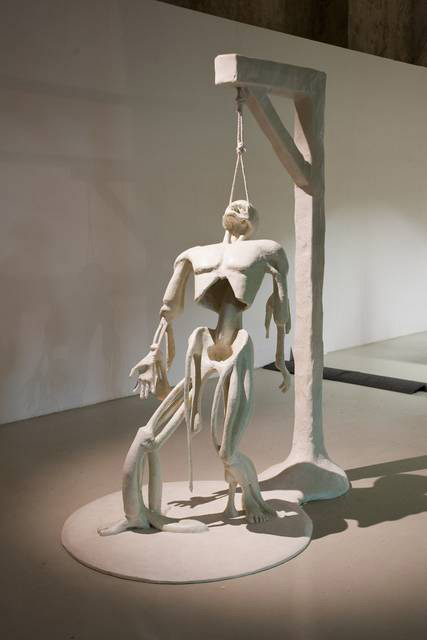