audemars piguet marks its second year as a global associate partner of art basel with a special lounge conceived by mathieu lehanneur. the overall atmosphere intended for the space is meant to emulate the natural surroundings that are found at the swiss watchmaking manufacturer’s remote home in le brassus, in the vallée de joux.

lehanneur’s scheme draws on the worlds of nature, science and technology, resulting in an intimate environment that is at once functional, while responding to one’s physical and emotional senses. the standout feature of the french designer’s idea are large formations of rocks which he has cast to replicate boulders he discovered while in the pristine forest that is audemars piguet’s home. this was achieved using the latest developments in resin and fibre moulding techniques – through an archaeological process and stoneprinting methodologies – thus envisioning his own version of nature, while speaking to the precision of watchmaking savoir-faire. 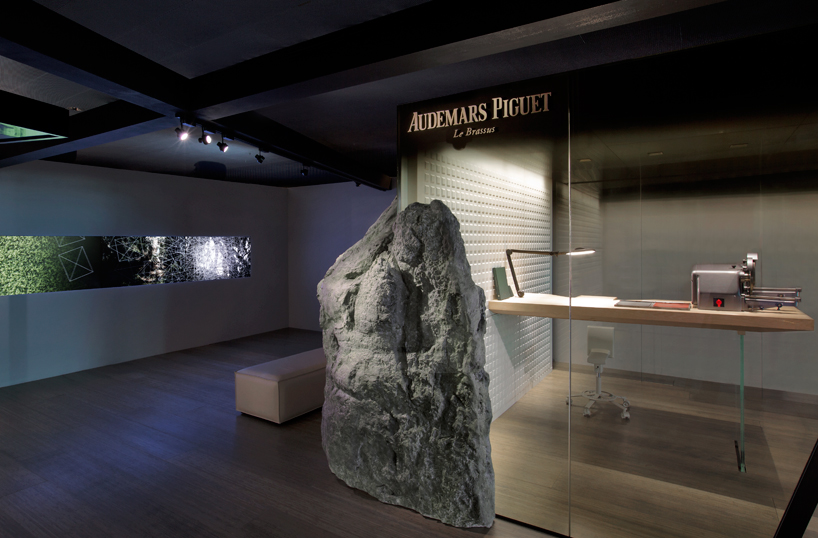 the craggy masses exist amongst immaculate glass cubes, and are accompanied by a video work captured by kurt henschläger that documents the brand’s origins. henchläger depicts scenes from vallée de joux, presenting the co-existence of nature and technology and how they influence one another, elaborating on the scengoraphy already established by lehanneur. the complementing moving images bring a renewed perspective of the enrapturing landscape that has played an integral role in audemars piguet’s development as a company.

an exhibition of the luxury watchmaker’s historic and contemporary timepieces are showcased within – from its origins in the 19th century until today – alongside a presentation of six new models of its signature royal oak offshore model in 42mm. demonstrations of the watchmaker’s craft and polishing process are also performed live to show visitors what each audemars piguet design undergoes. 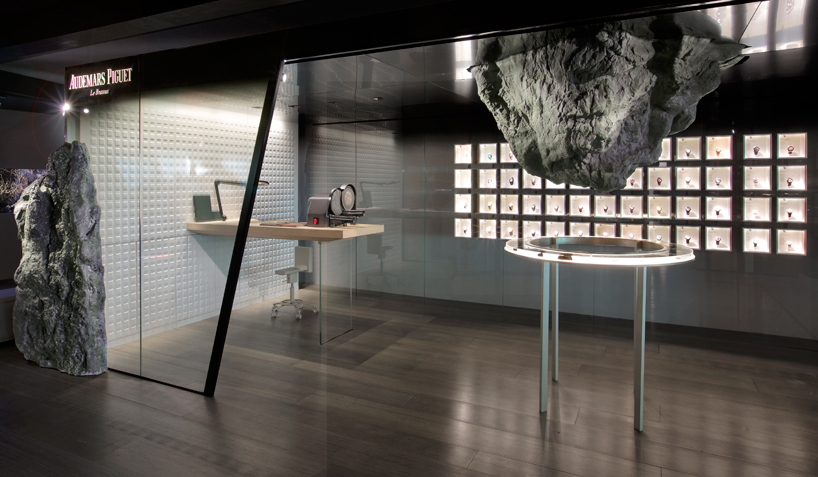 commenting on the partnership, olivier audemars, board member and great-grandson of one of the company founders, said: ‘we are delighted to be collaborating with two outstanding artists. mathieu’s innovative new lounge design and kurt’s beautiful film work both capture the true spirit of audemars piguet, and will enable us to bring the essence of our home in the vallée de joux to hong kong, basel and miami in 2014.’ 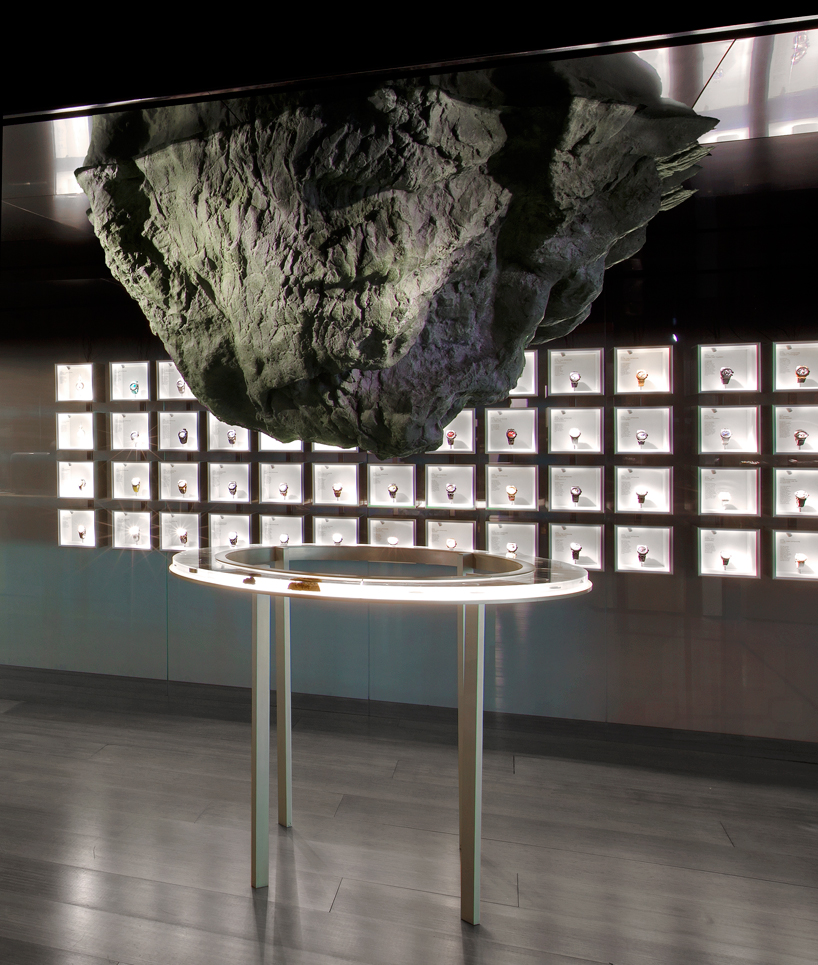 mathieu lehanneur said: ‘I am inspired by nature and technology, and the possibilities in design they both present. for this project, I wanted to bring the captivating landscape of the vallée de joux, which has played such a key part in both audemars piguet’s history and its legacy of craftsmanship, to three continents across the globe by taking prints of the mineral rocks I discovered in the region and casting replicas through the latest technological processes.’ 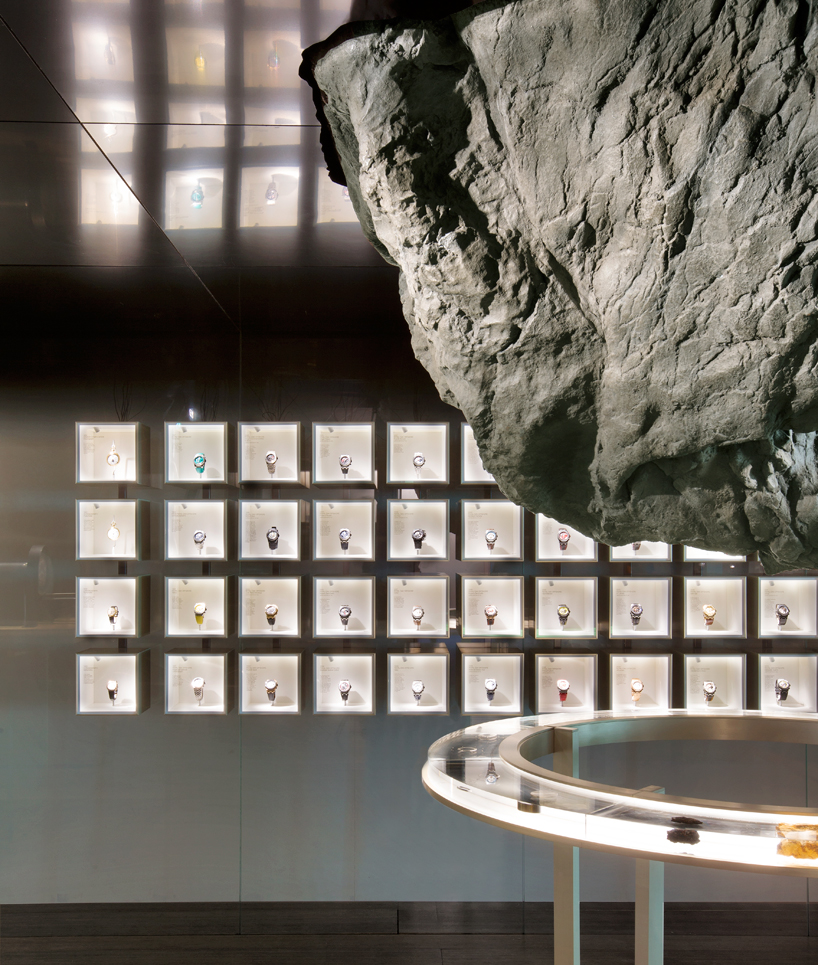 kurt hentschläger added: ‘when audemars piguet commissioned measure, a panoramic audiovisual installation for art basel 2014, it became part of an emerging body of work which deals with our (mediated) perception of nature in the beginning of the 21st century. the installation reflects our image of nature in the anthropocene: ‘original’ natural environments found in the swiss vallée de joux are juxtaposed with abstract grids and artificial ‘naturesque’ graphical layers.’ 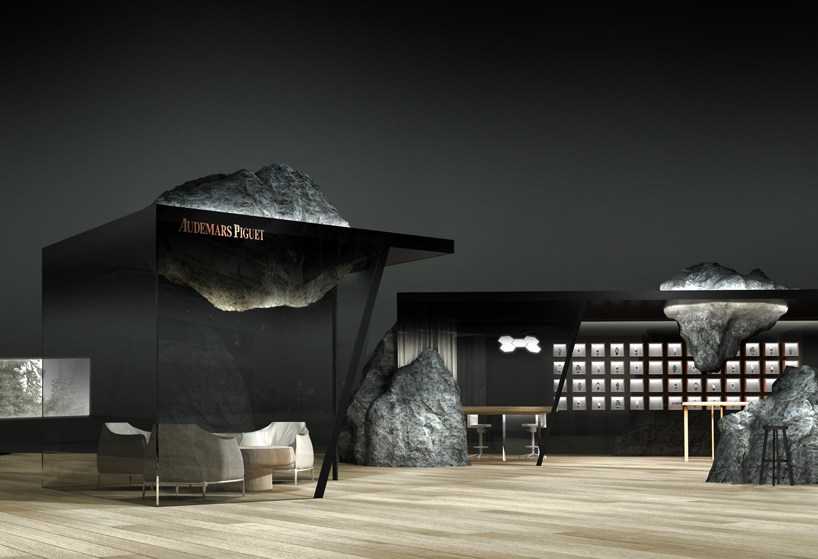 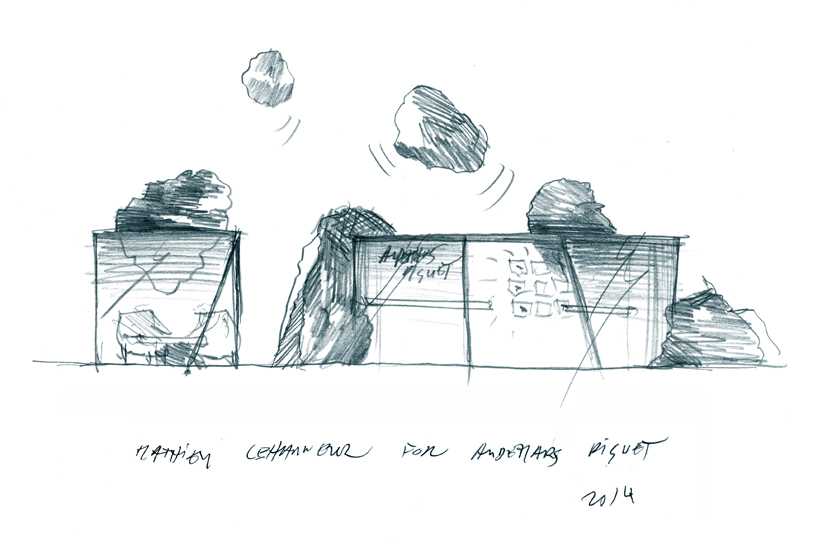 update: mathieu lehanneur’s lounge for audemars piguet is being presented on the occasion of design miami/ 2014 from december 3rd-7th. 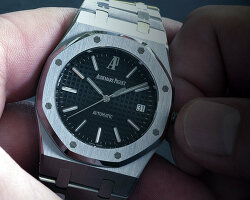