the ‘R18 ultra chair’ by clemens weisshaar and reed kram of kram/weisshaar first made its debut as a prototype during milan design week 2012. at this presentation, the seat was outfitted with sensors emitting electronic signals which collected data from sitters, monitoring their response and behaviour with it – a technology which is similar to that applied in test labs at AUDI for developing racing cars (you can see designboom’s coverage of the interactive installation and testing here). 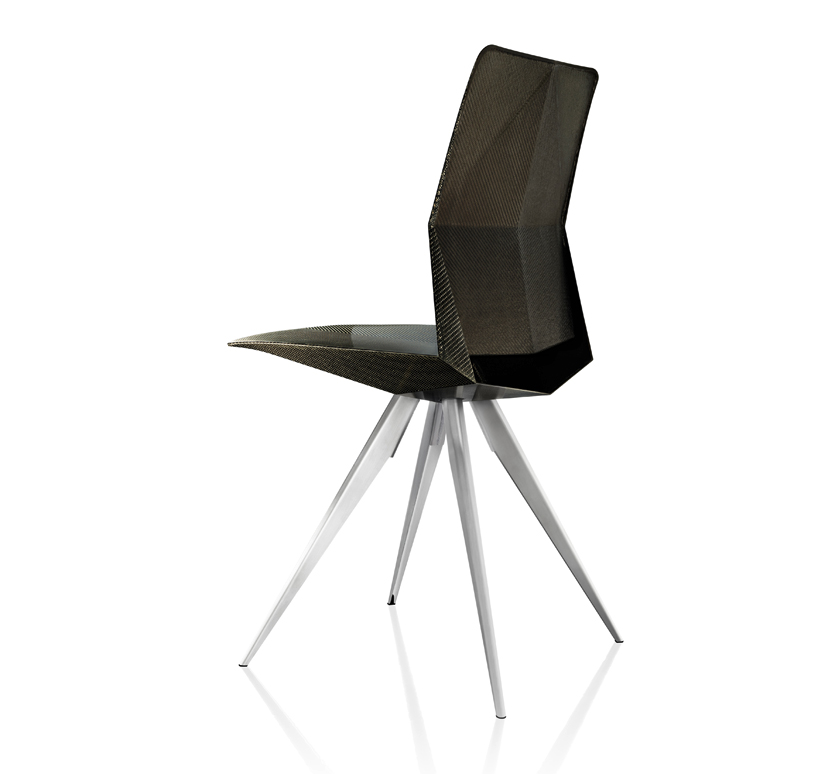 gathering data from more than 1,500 testers, weisshaar and kram worked together with engineers of AUDI ‘s lightweight construction centre to analyze the information recorded and have fine-tuned the design – its namesake from the ‘R18 ultra racing car which competed for AUDI in 24 hours of le mans this year – since its initial trial. taking into account lightweight construction technology, ensuring an efficient and sustainable use of resources and materials, the chair’s structural data has now been optimized to offer maximum stability and comfort through a minimal use of materials – utilized in locations which best suit their properties. the result is a carbon fiber and high-strength sheet aluminium construction which is one kilogram (2.20 lbs) lighter than its first iteration,  weighing in at a final 2.2 kilograms (4.85 lbs). 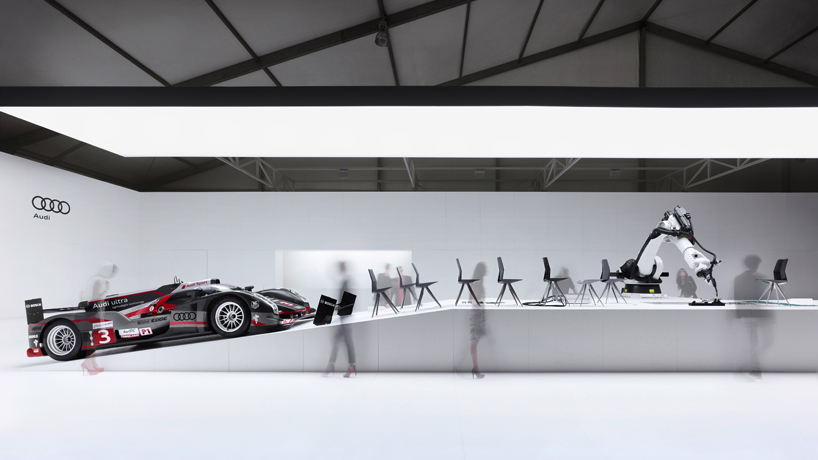 ‘the technology was used for an item of furniture for the first time and allowed us to depict the forces at play in the chair,’ explains designer clemens weisshaar. in addition, dr. karl durst, an engineer in fiber-reinforced composites at the AUDI lightweight construction states, ‘we combined the strengths of the materials in such a way that their weaknesses are no longer important.’

the final ‘R18 ultra chair’ is being presented at designmiami/ 2012 in a special presentation which documents the design process during the chair’s various stages of development, giving insight into the designers’ work. 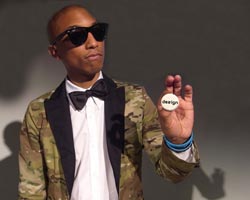 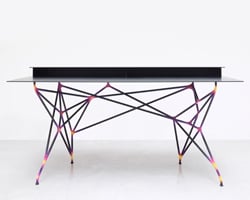