british ceramic designer andrew tanner has developed ‘english hedgerow‘, a chintz wall plate for royal winton that is the world’s first to interface with augmented reality to feature an animated world.

tanner’s design is based on the flora and fauna of english hedgerows. an application developed by jason jameson and james hall of unanico group lets users of iOS devices watch as birds and field mice scurry among the brambles, flies buzz, and butterflies flutter through the flowers.

the ‘english hedgerow’ app is available in the iTunes store. tanner’s plate will be on exhibition with ‘made in the middle‘, beginning january 21st, 2012 at the MAC arts space in birmingham, UK.

demo of and process behind the AR design 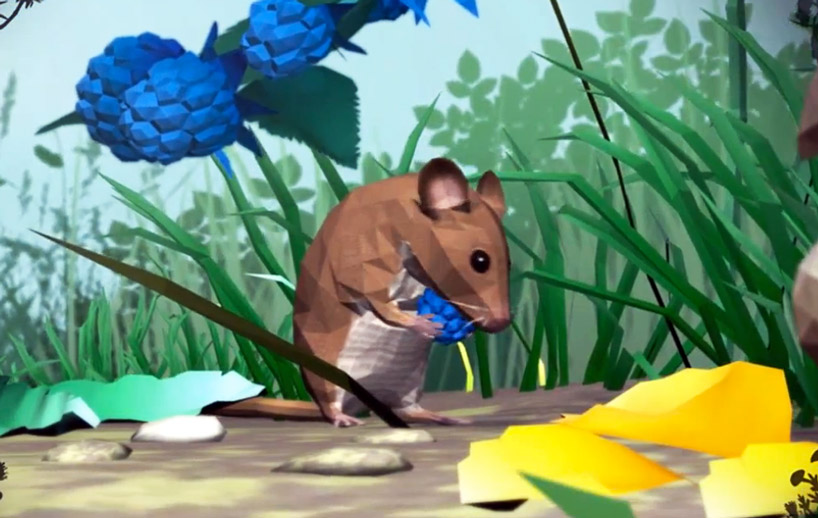 view from within the 3D world of the plate 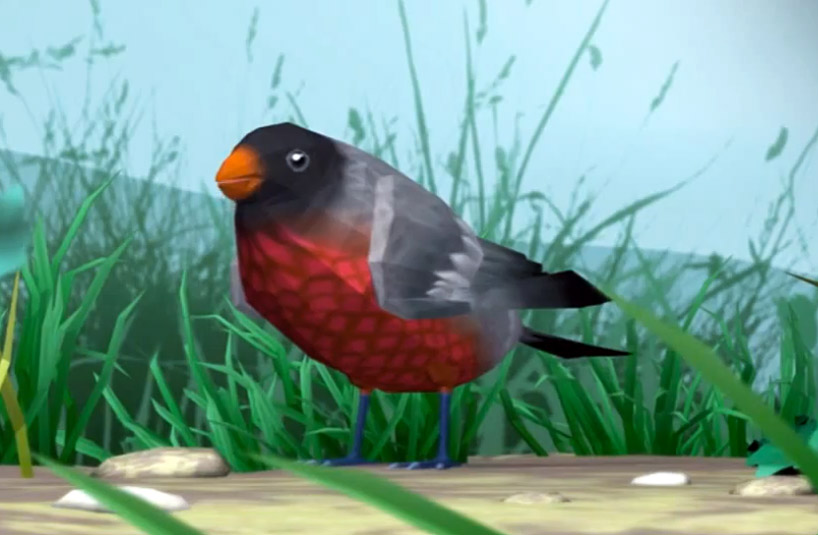 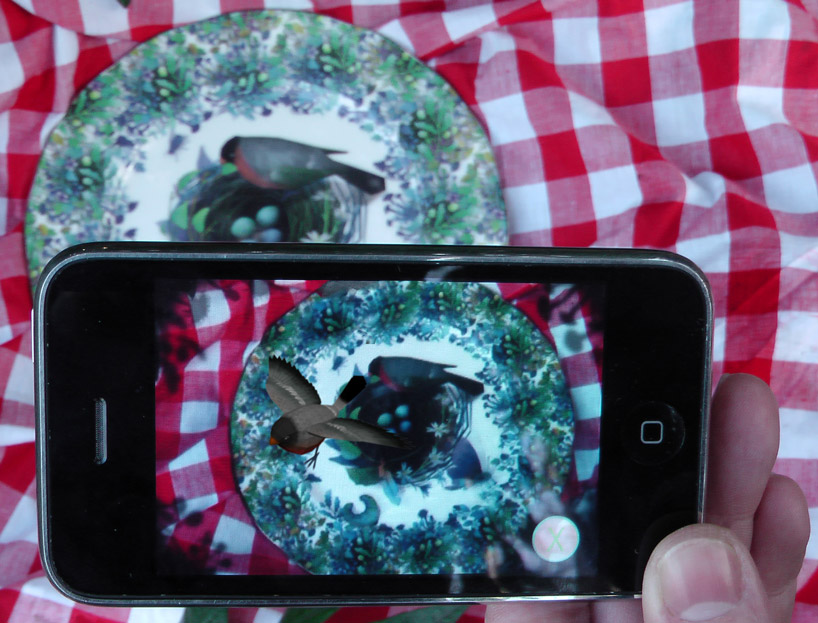 watching the AR animations via smartphone 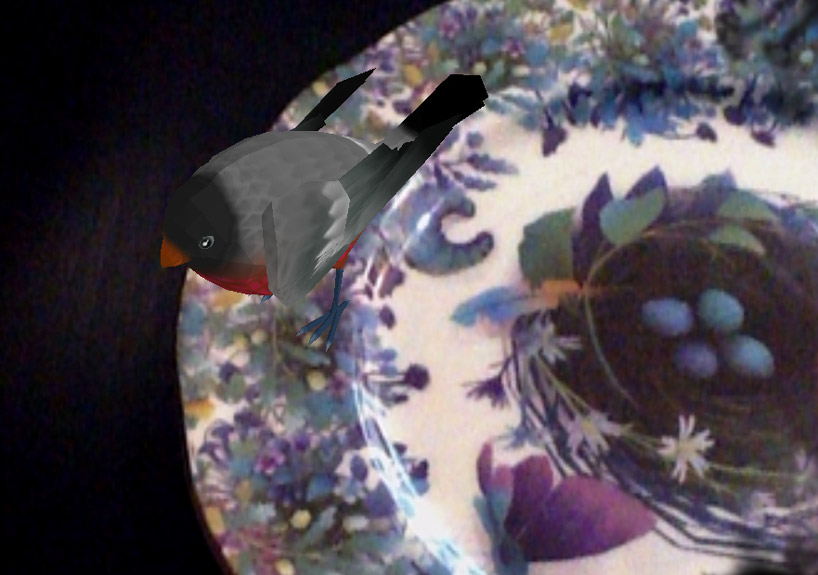 visualization of the project 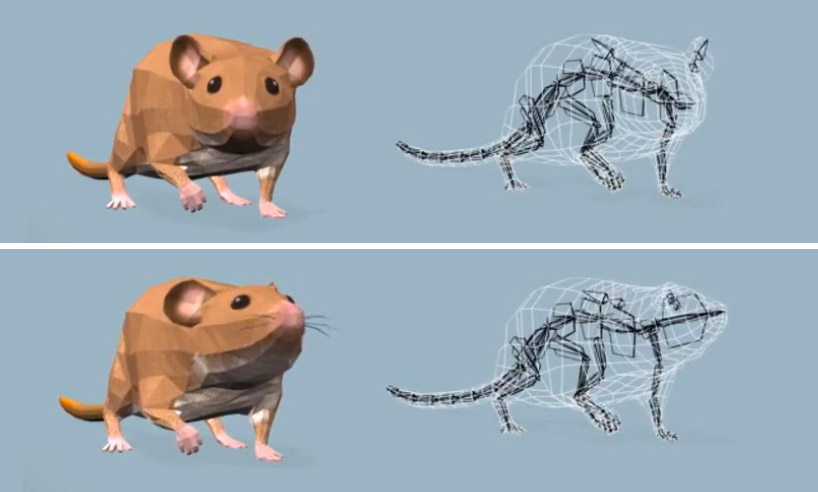 view of the mouse and its rigging