described by its designer as a ‘mad scientist project’, this hammer includes a collated nail dispenser — designed to make grueling DIY work a thing of the past. created by ohio-based designer michael david young, the appliance is portable and requires no electricity. once a nail strip is loaded into the device, users tap once to set it in place, before the nail is easily hammered into the surface. the hammer’s functions are explained in more detail in the thorough video at the top of the page. 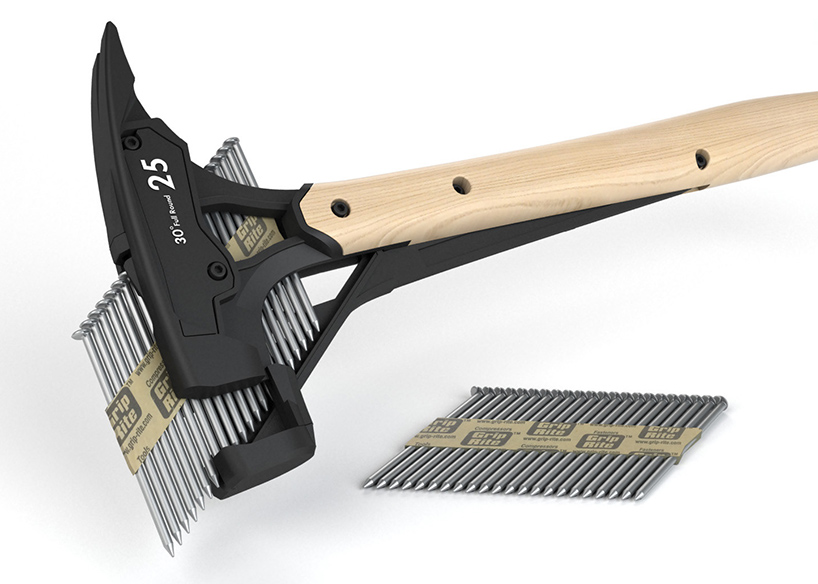 ‘this is my mad scientist project for the past 6 years,’ explains michael david young. ‘I finally got it to work after many many prototypes, got my provisional patents and shopped it around to the big tool companies. two companies with serious interest, and one big offer from one… which slowly eroded and then fell apart as their department was purchased and downsized.’ however, the good news is that the product is gaining some traction in russia, with discussions currently ongoing. 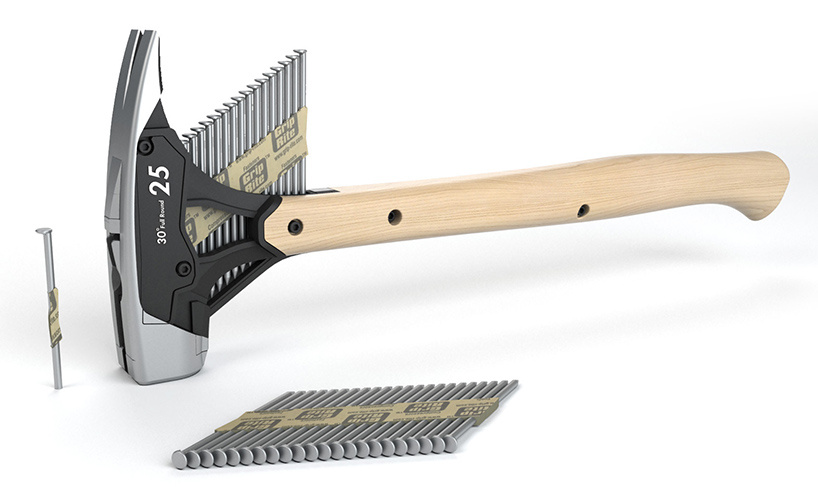 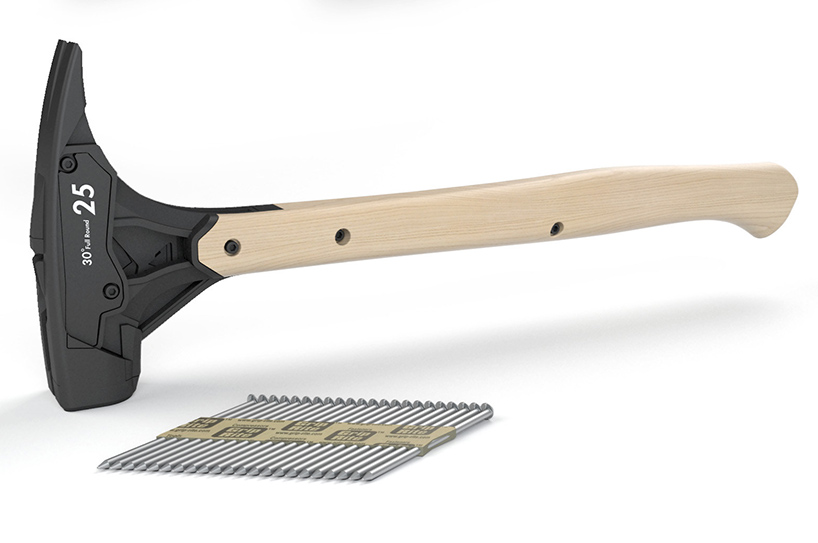 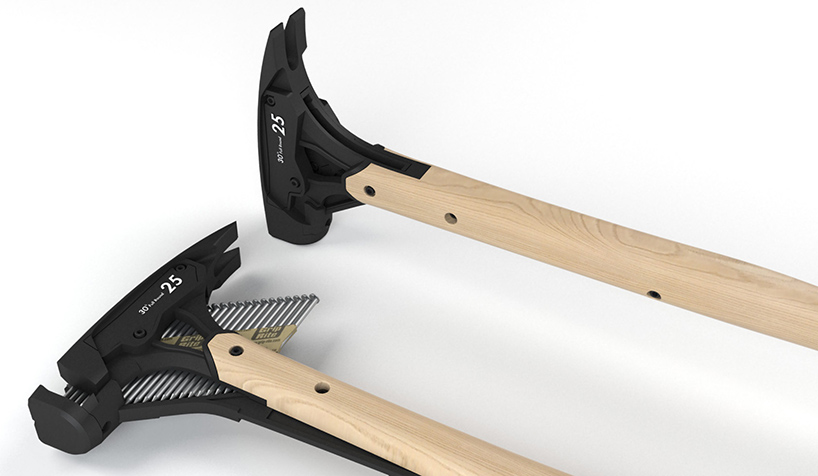 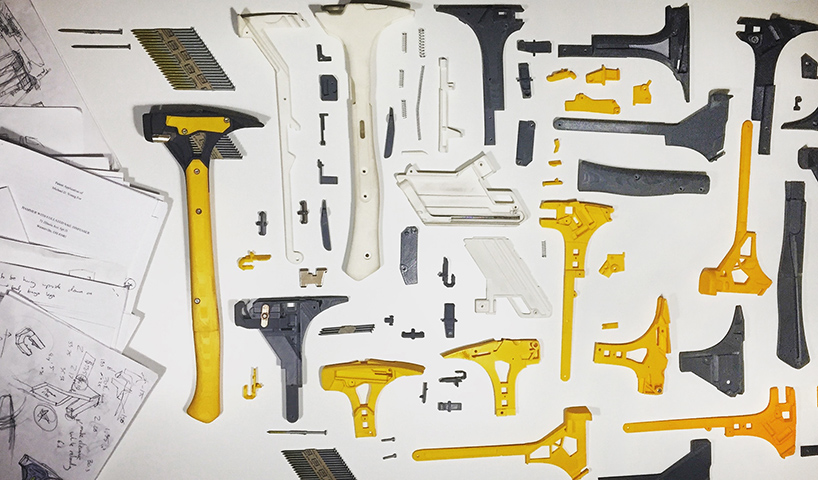 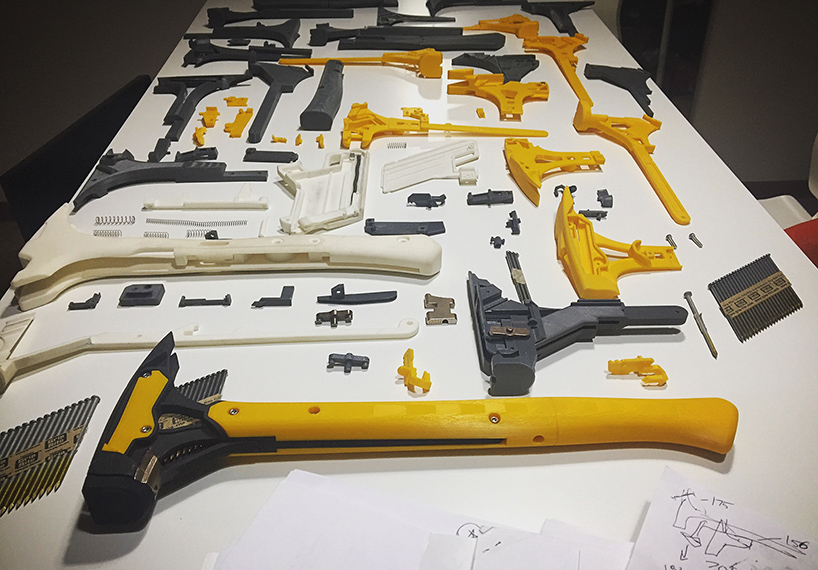 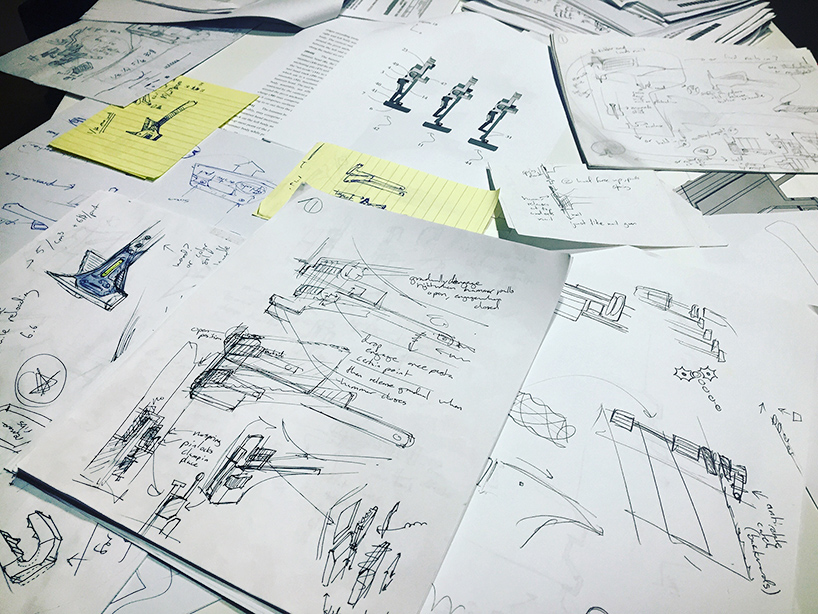 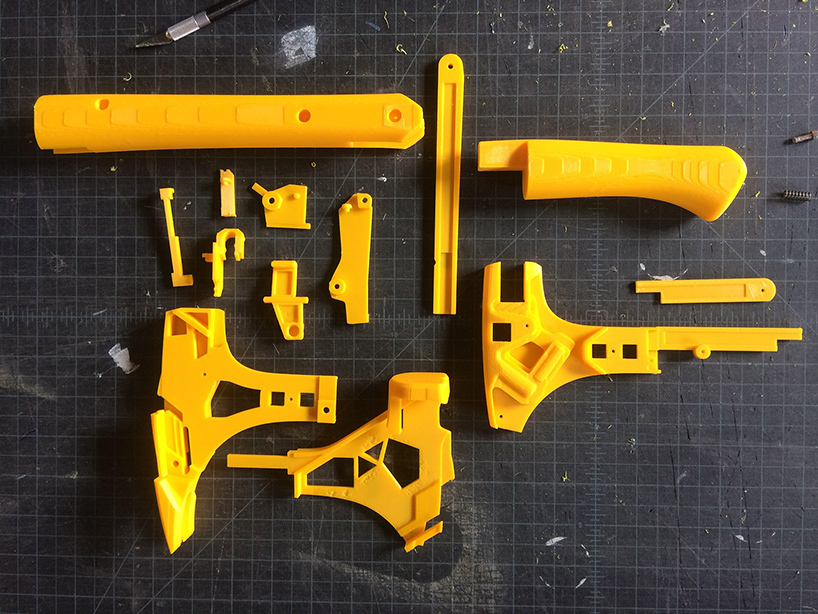