a proud dog owner decided to pet his pups rube goldberg style. yes, there are a frightening number of oscillating wooden cogs, but all is well on this german shepherd’s yawning face — and he isn’t the only dog getting in on the fun either.

multiple wooden cogs were constructed into an automated dog petter
gifs by designboom, via viralhog video

this story was first cited on viralhog‘s youtube channel. the video featured no context other than a quote from its submitter and assumed inventor, ‘humans have massage chairs, so why shouldn’t our pets have petting machines. I gave it a rube goldberg style flare to make it interesting to watch.’ 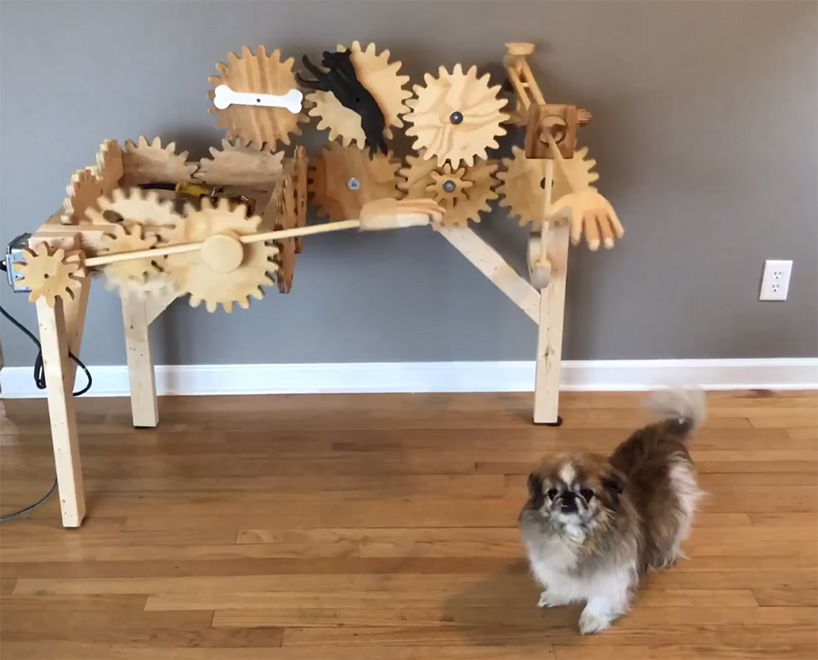 Jun 01, 2021
naturally cooled 'groundfridge' is a sustainable alternative to refrigerated cellars
'groundfridge' requires no electricity, as utilizes the insulating capacity of the ground and the cooler night air temperatures.
design
542 shares
connections: 64