working together with international creatives, B-LINE delivers a diverse range of furnishings ideal for any space — whether for use at home, the office, or commercial and contract projects. focusing on versatile design that is realized through high-quality manufacturing, you will only find ‘made in italy’ products at B-LINE that have been carefully crafted using select materials and technical processes.

while collaborating with contemporary designers such as karim rashid, B-LINE is also focused on maintaining the heritage of italian furniture production which is brought forth through their re-issue of a number of joe colombo‘s classics — most remarkably, his ‘ring’ and ‘boby’ storage units. 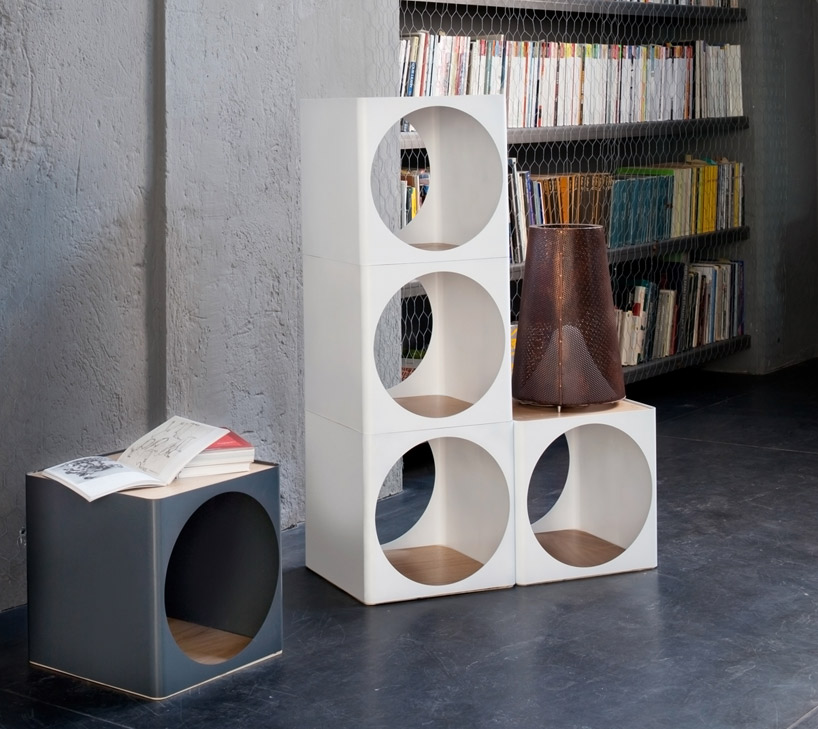 originally designed in 1964, joe colombo’s versatile ‘ring’ container modules have been re-issued by B-LINE, in collaboration with studio joe colombo  which is headed by architect ignazia favata. composed of a painted steel plate shelf, it is defined by two large circular openings — one at the front and the other at the back — which make it convenient to access and attractively display books and small objects on its oak shelves. ‘ring’ can be mounted on castors, and stacked to various heights, which expresses its storage capacity and clever geometrical plays; or used singly as a small table. ‘ring’ can be used as a single unit, or stacked 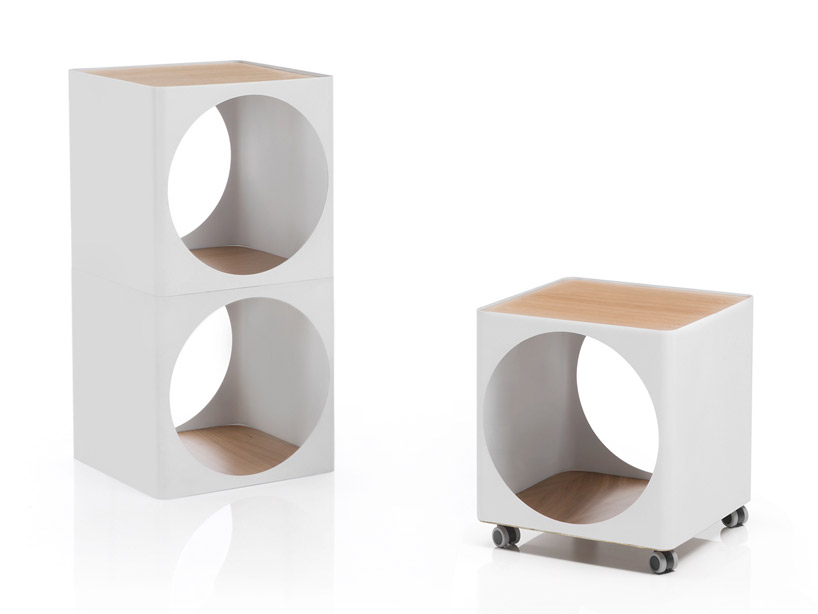 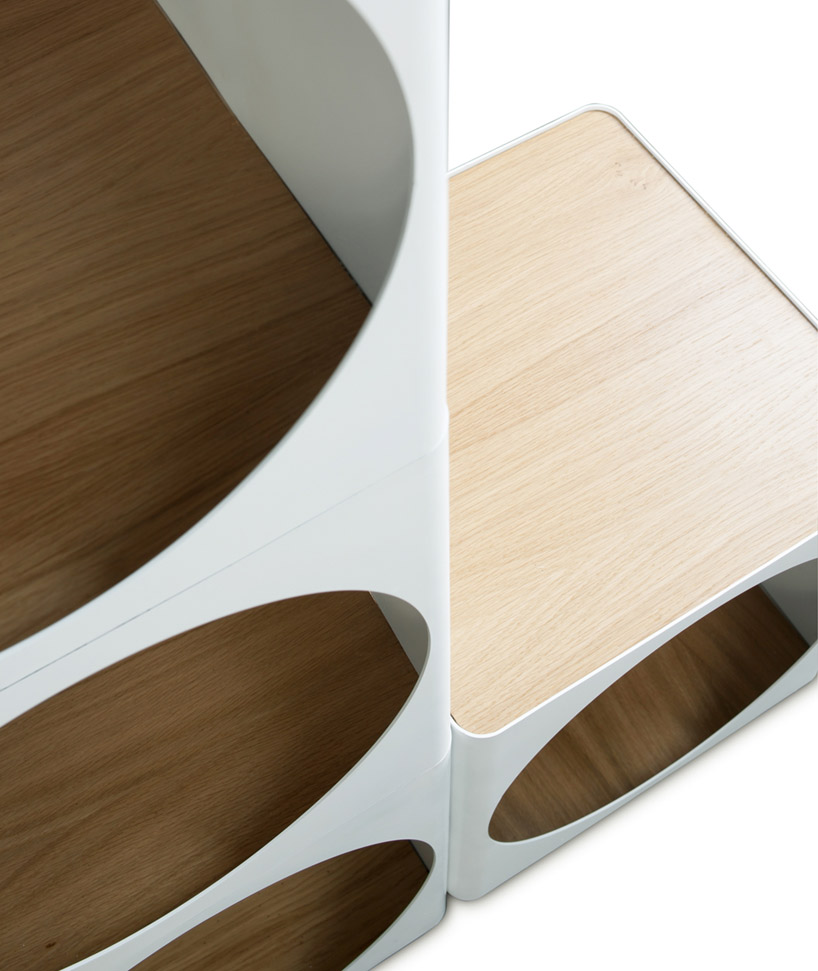 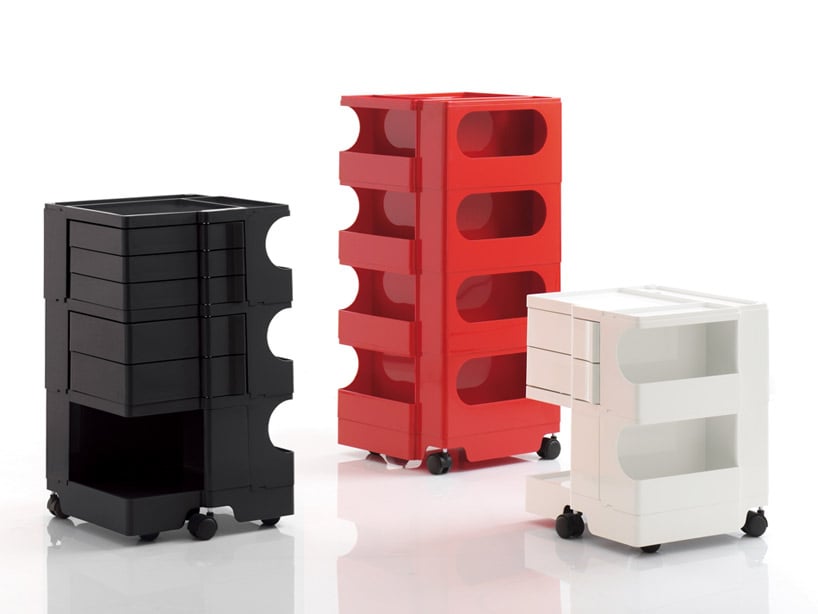 in his continued exploration of designing portable storage units, and employing the use of ABS plastics as a primary material, ‘boby‘ is an expression of colombo’s pop aesthetic. versatile in its functionality ‘boby’ is popular not only in creative sectors, but also in the medical field and domestic environments. the injection moulded ABS plastic drawers and compartments guarantee a simple, vertical, modular solution, with a customizable storage capacity; while its polypropylene casters offer mobility. 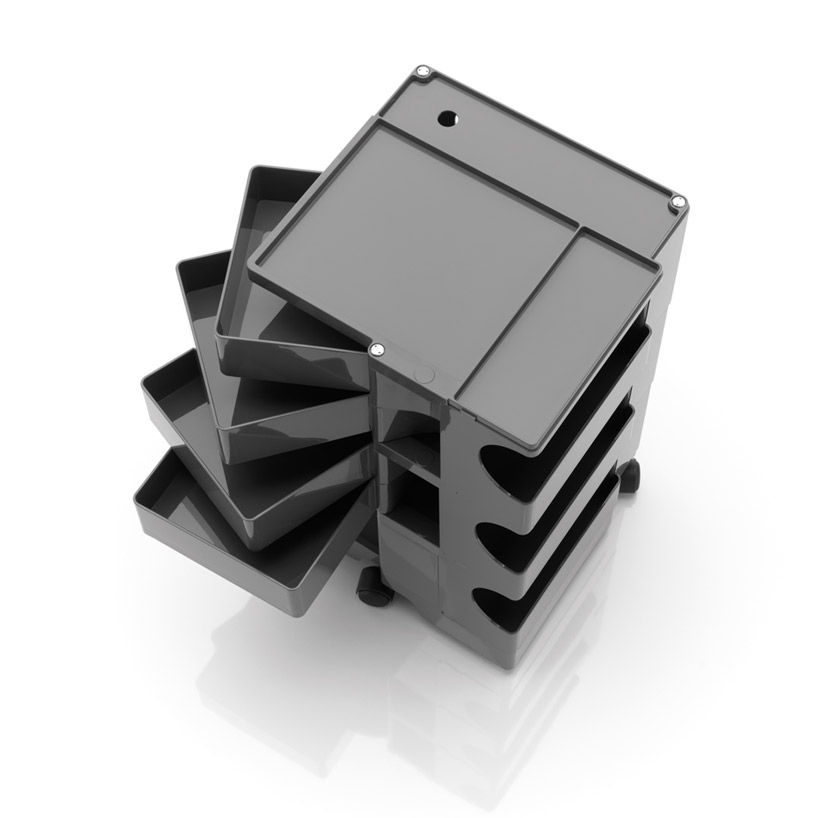 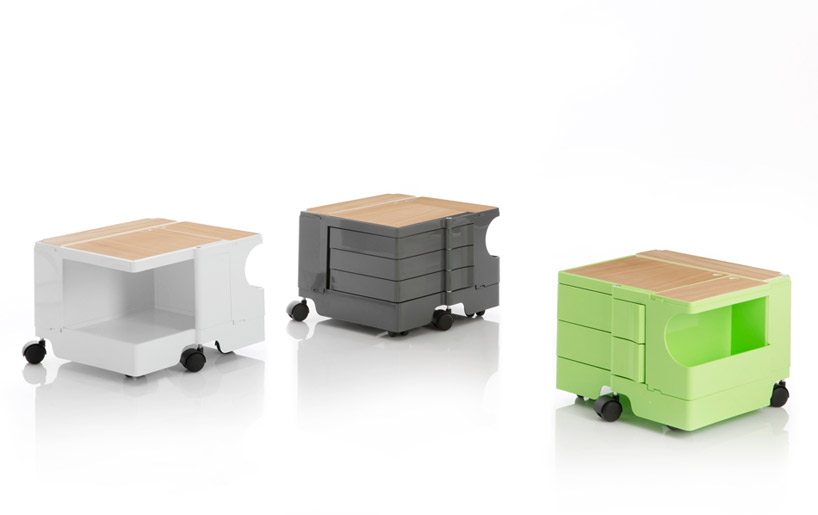 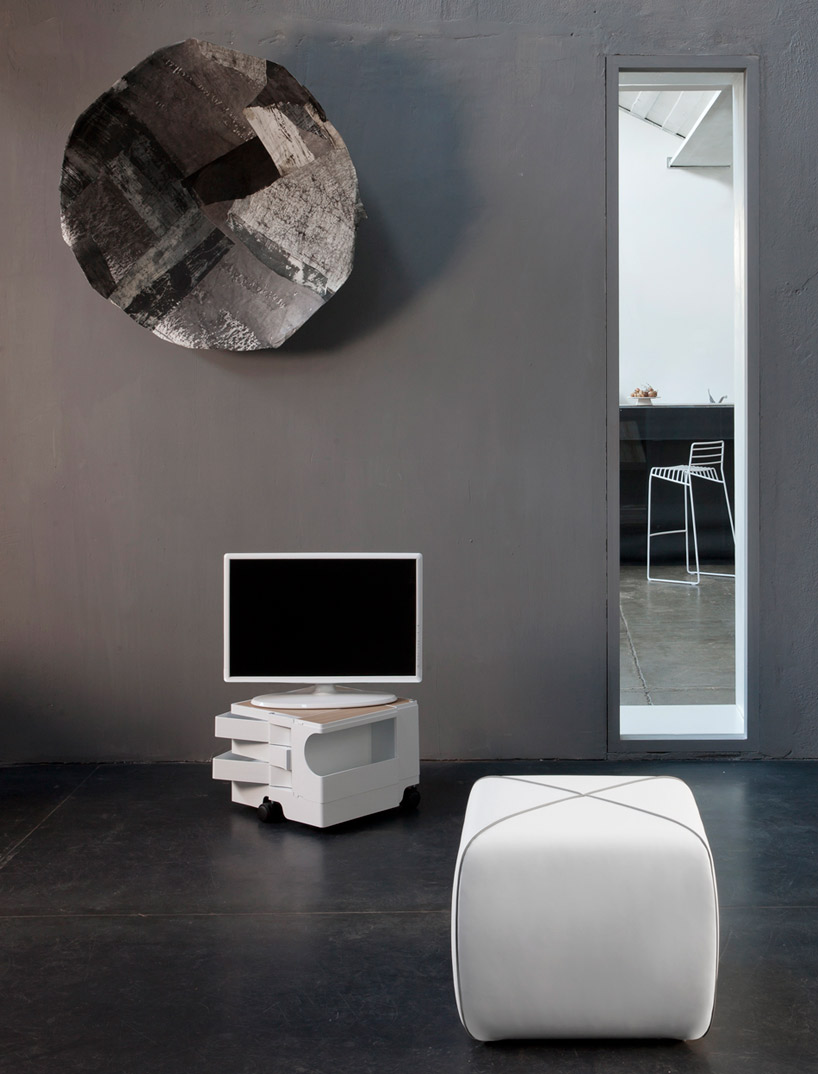 ‘boby’ as a television stand ‘boby’ used as a coffee and tea cart 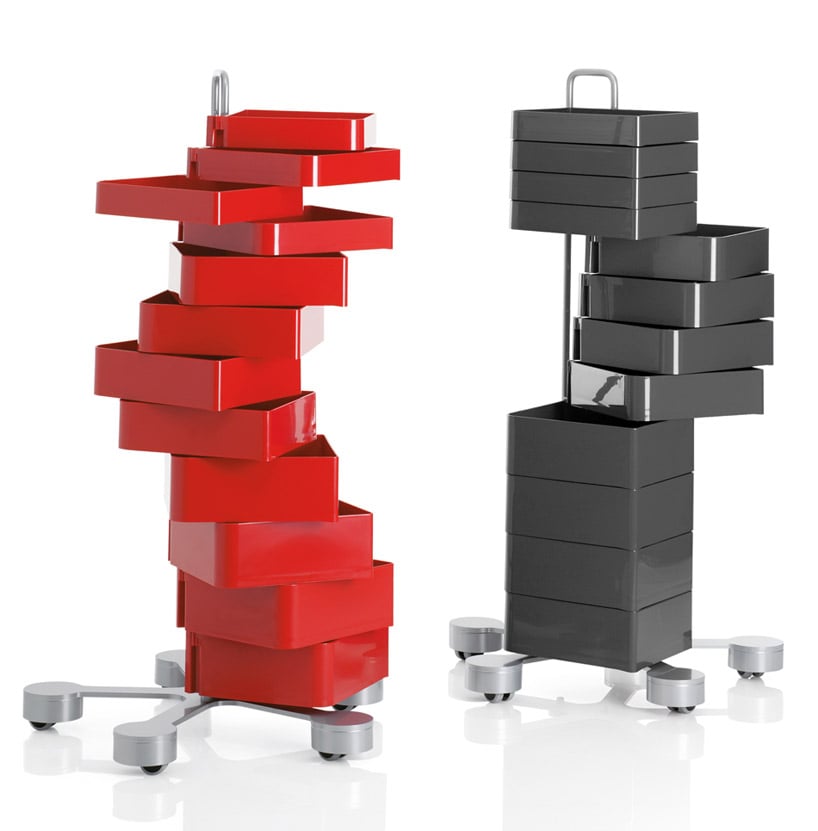 characterized by a vertical sequence of 180 degree rotating ABS plastic trays (available in three different heights: 6, 9 and 12 cm) which move on a painted steel structure, ‘spinny’ by studio joe colombo is outfitted with polypropylene swivel casters so that one can easily move it to where they need it. alternatively, the multi-level unit can also be anchored to the wall. 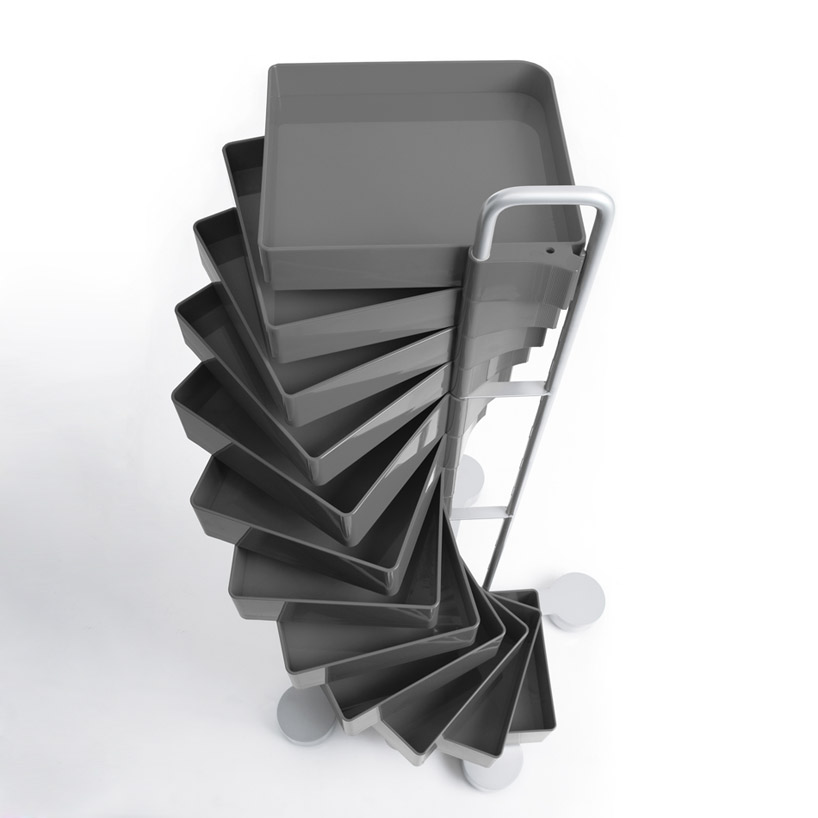 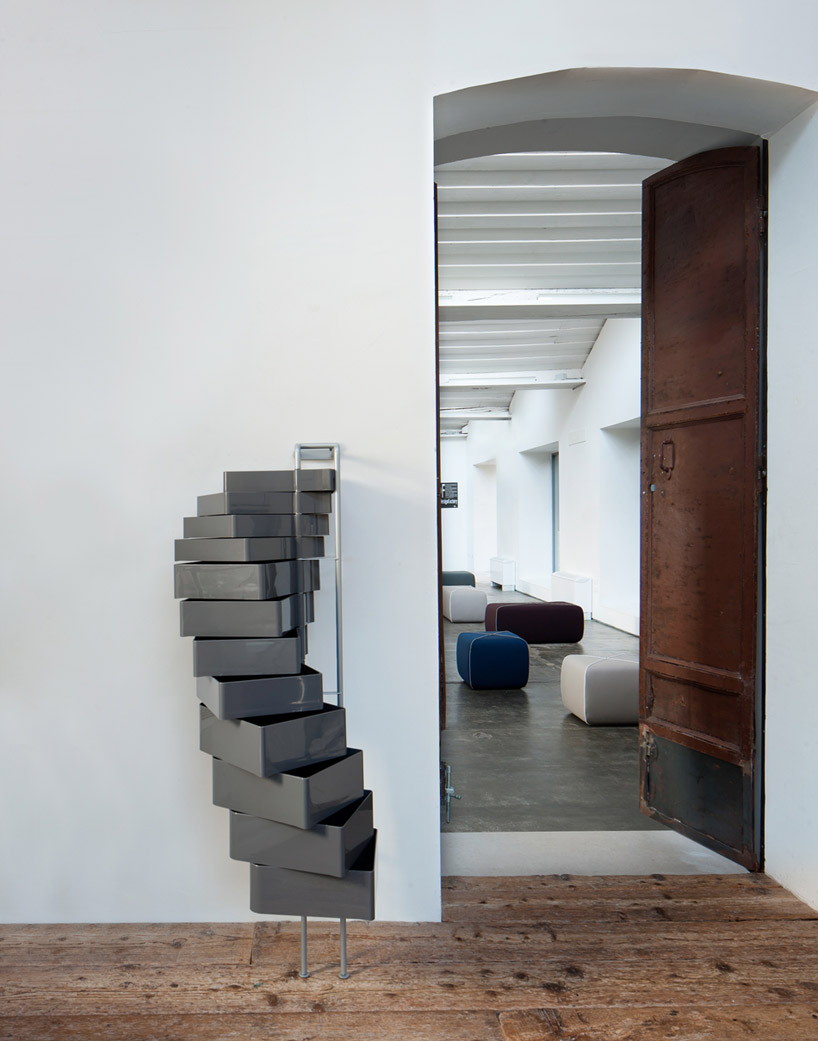 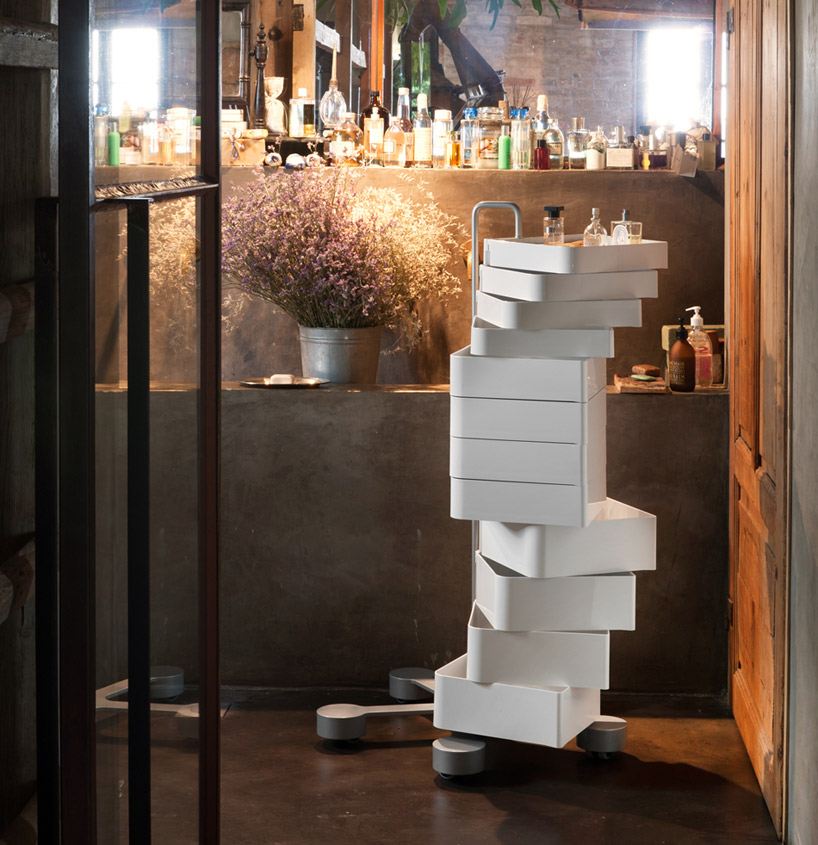 the versatile design can be used at home in the bathroom, or in a corporate office adding to B-LINE’s product line of display and shelving schemes is ‘quby’ by stefan bench, a rotomoulded polyethylene adaptable bookcase module which can be arranged in a number of compositions — resting on the floor individually, or combined and re-combined. its generous by modest design allows it to accommodate books of all sizes, DVDs and CDs. 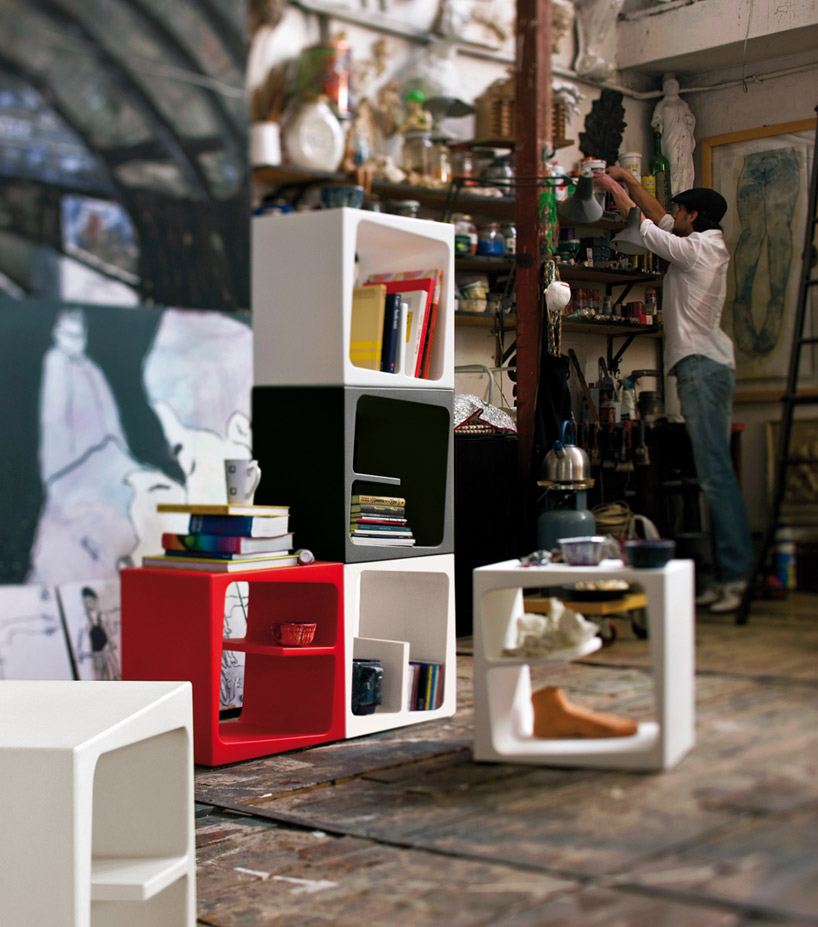 ‘quby’ in the artist’s workshop 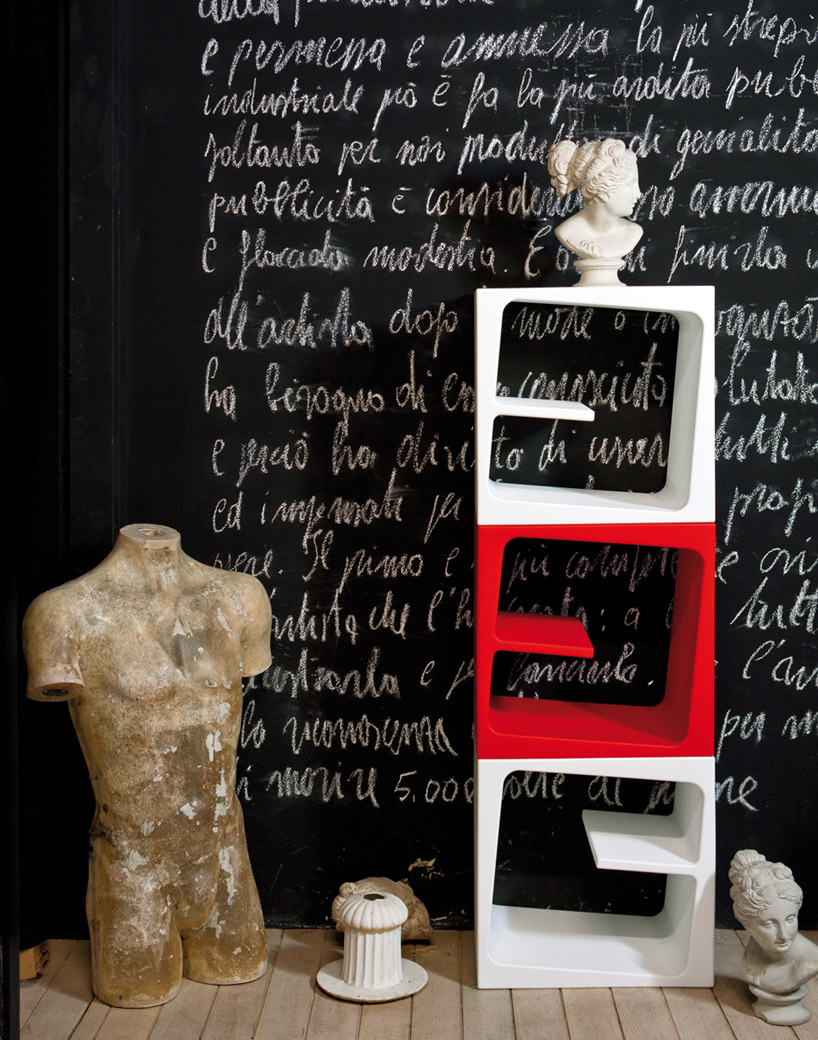 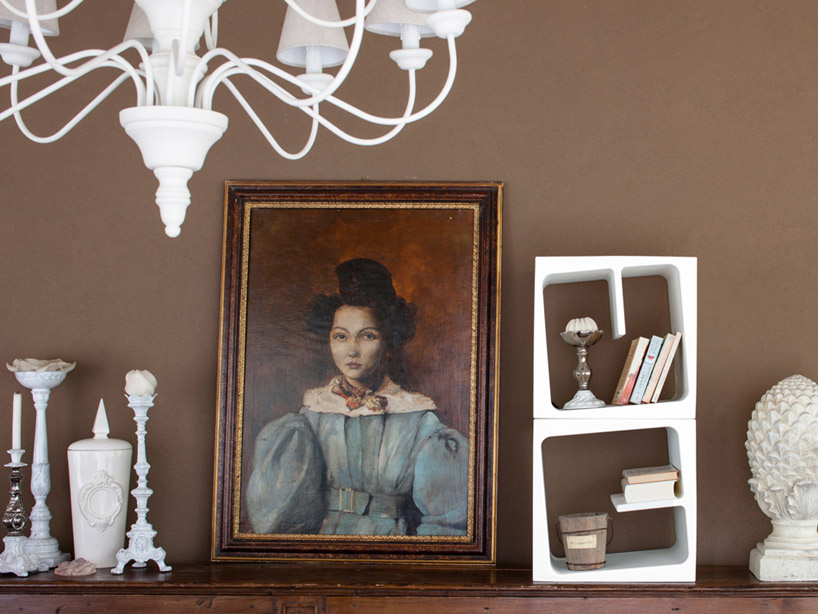 the modular cubes can accommodate any sized book

B-LINE aims to bring forth functionality and versatility through its product offerings. collectively, their line of seating, tables, shelving and storage accessories act as atmospheric agents, adapting to a spectrum of programs — from indoors to out; while maintaining a responsibility to the environment, carefully considering all aspects of industrial production including use of resources, to transportation and shipping. 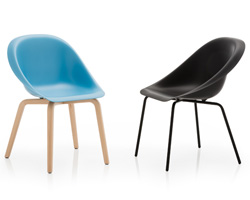 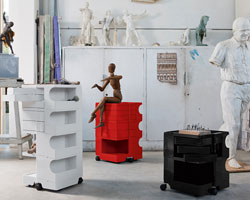 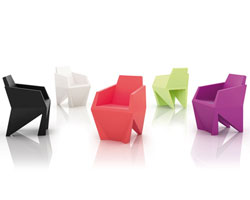