with the help of fruitmold‘s plastic products, pears shaped like babies are growing from trees on farms in china and being sold at supermarkets in neighboring areas. with peaceful closed eyes, miniscule nose and mouth and daintily crossed hands, the infantile forms look oddly realistic. during the fruit’s developmental stages, the farmers apply a frame around the budding pear, which it eventually grows into and realizes its shape. in addition to selling the quirky harvests in nearby markets, the suzhou-based company ships their plastic devices across the globe, so baby-shaped pears — and other produce — can be grown all over the world. 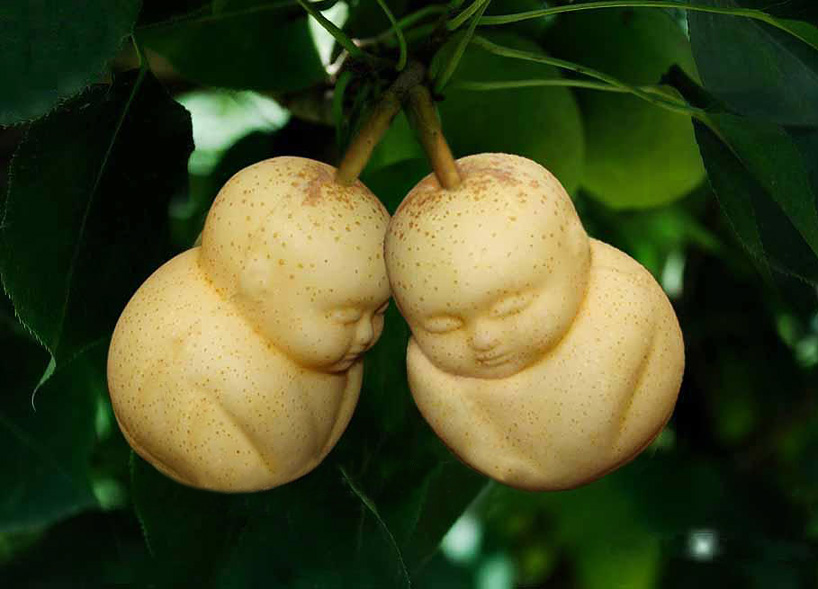 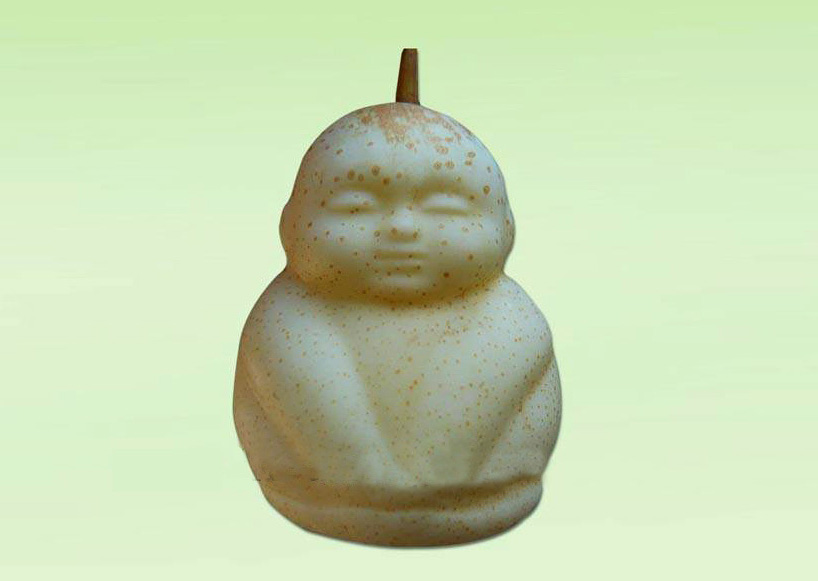 the infantile fruit, with closed eyes and a tiny nose and mouth 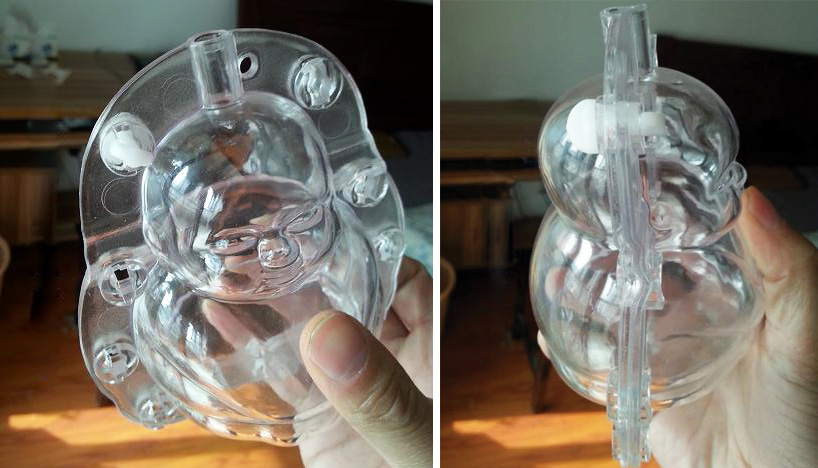 the plastic mold for baby-shaped fruit