for her MA degree project, budapest-based creative barbara bernát has proposed a fictional currency and its banknote design. bernát’s ‘hungarian euro’ sees one side of each note featuring ornately-illustrated european animals, while the other shows related species of botanical life. bernát has used the original proportions of the existing euro for her proposal — as the denomination increases, the size of each note grows. additionally, the colorfully drawn animals and their corresponding size and status in the natural world represent the growth of value. 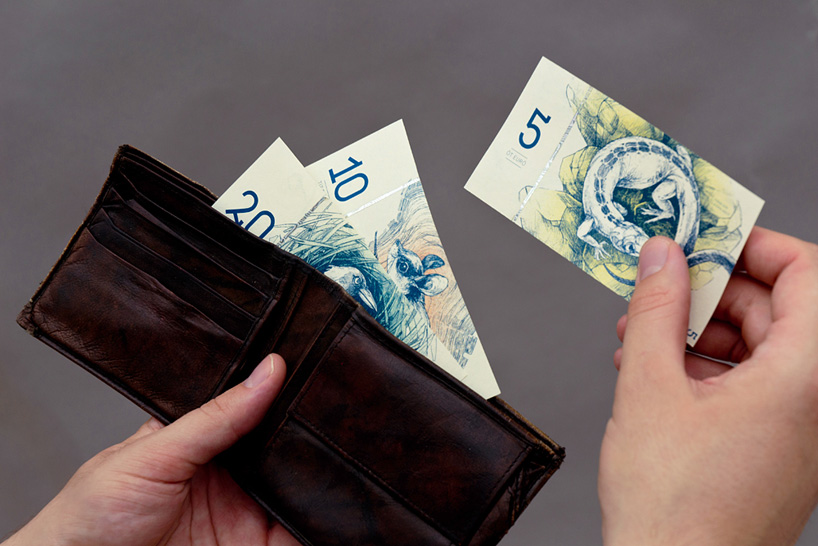 the fictional banknotes mimic the proportions of the euro

five denominations of ten etchings are each imprinted onto separate copperplates, a form of reproduction which enabled the imitation of the original technique used during the production of banknotes — intaglio printing. in their composition, bernát says ‘I only wanted to keep the essential visual elements of a banknote. I wanted to emphasize the animals and plants — the typography and the security marks are secondary on my notes. I left the the unnecessary security graphic elements behind, to get a clear visual impact.’ 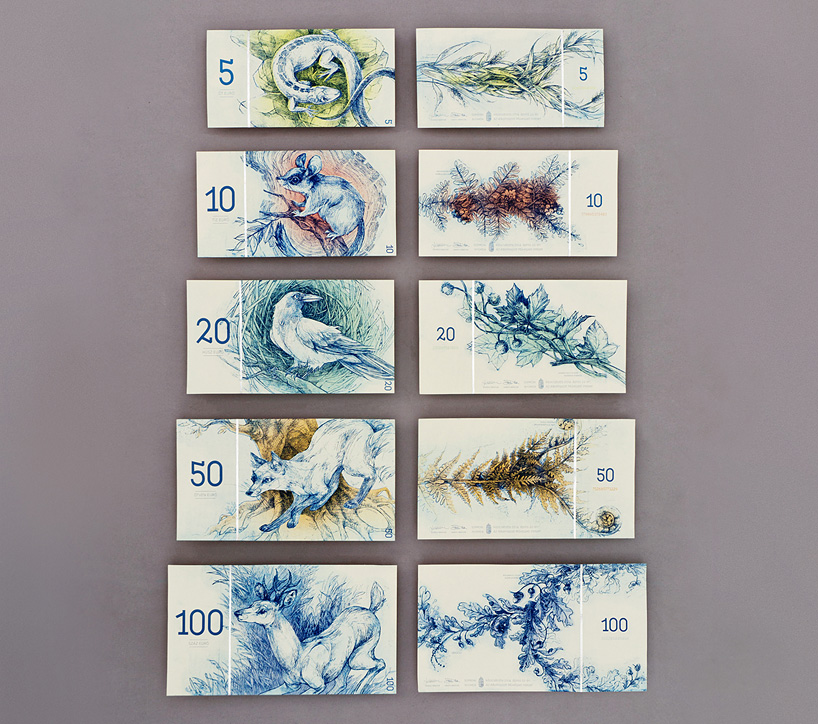 denominations increase in size based on their value 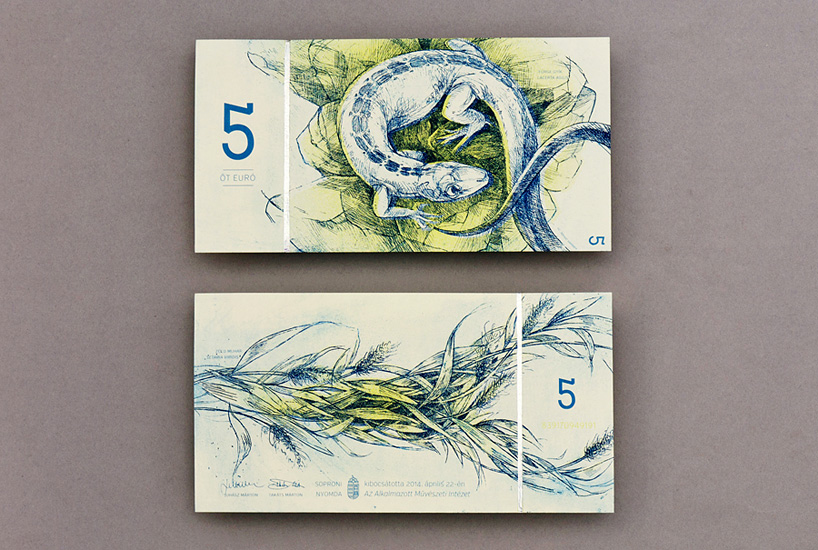 the 5 note features a lizard on one side, and grass on the other 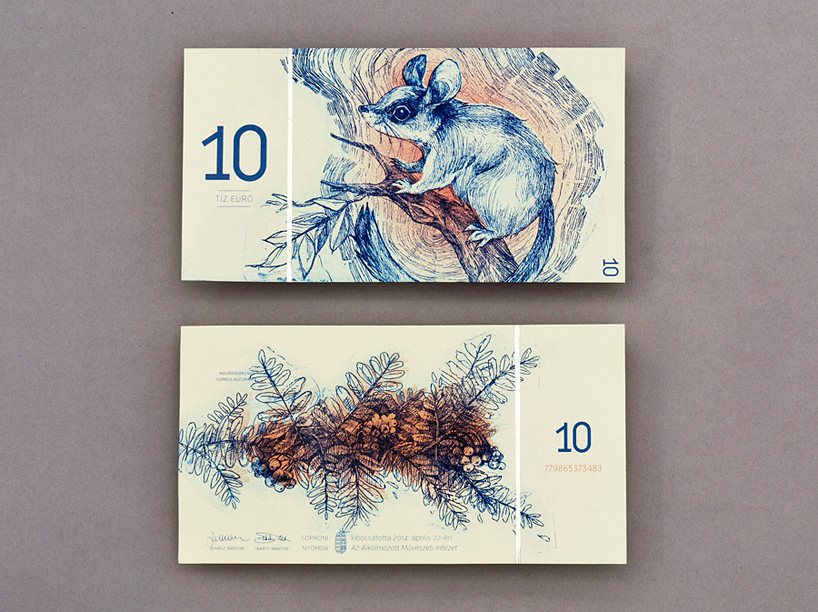 the 10 note is illustrated by a doormouse and rowan 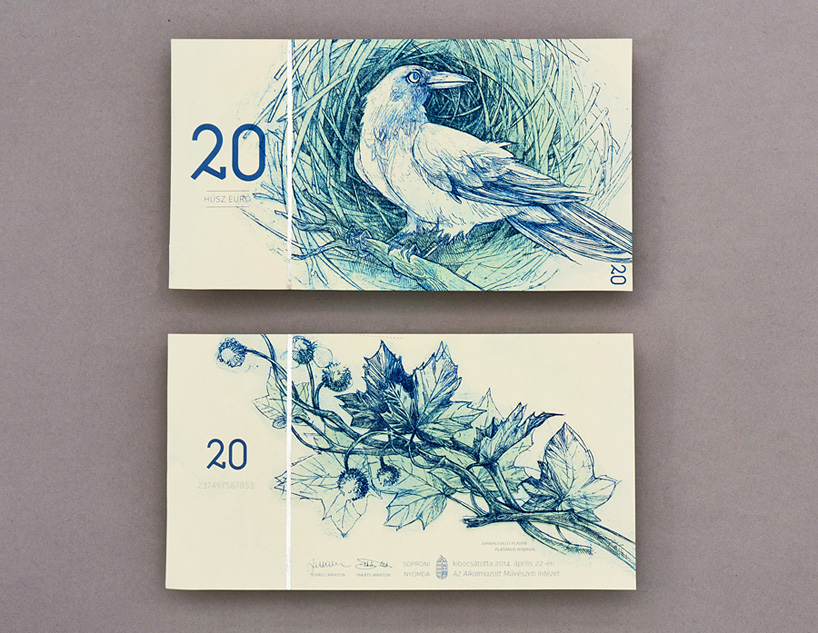 20 is defined by a hooded crow and a sycamore 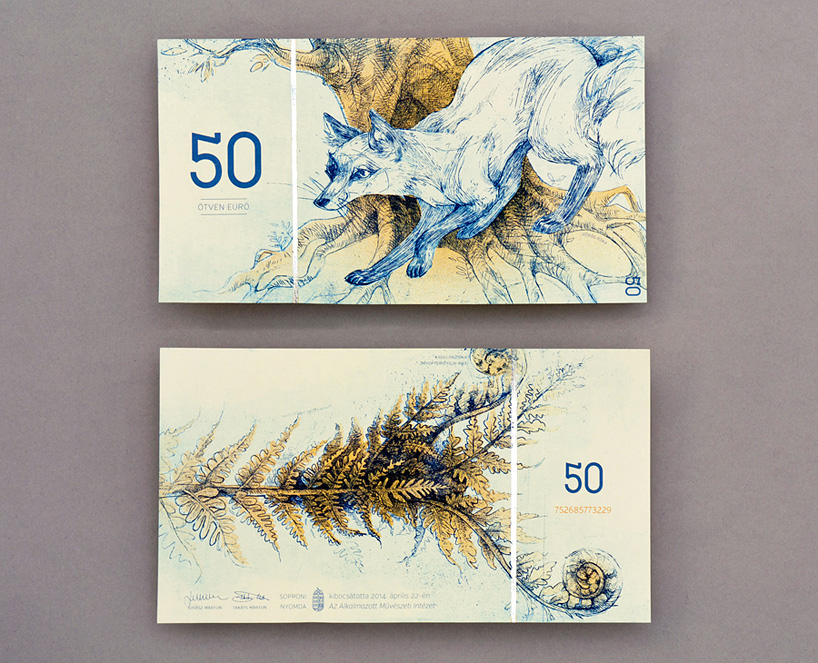 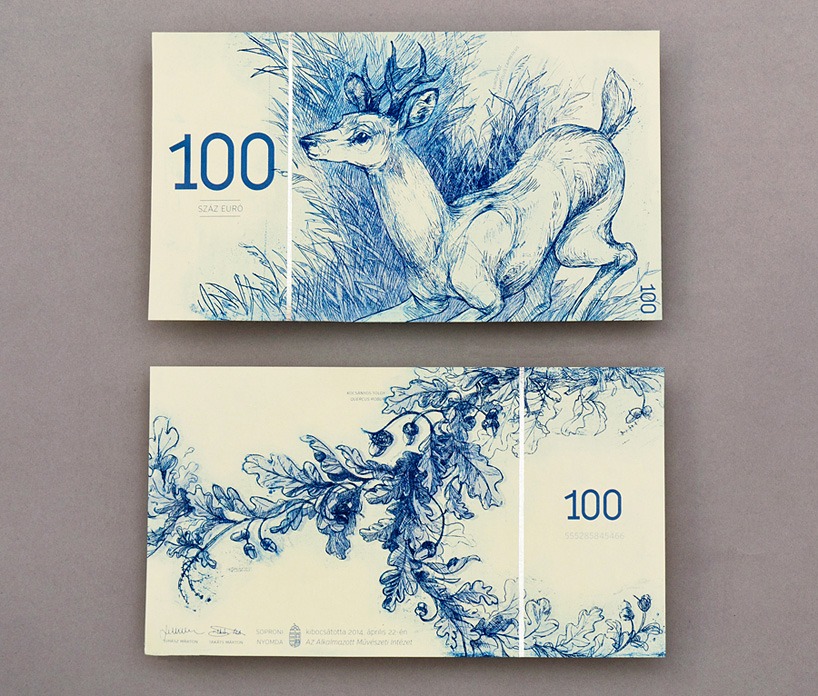 the 100 bill is delineated by a deer and oak design 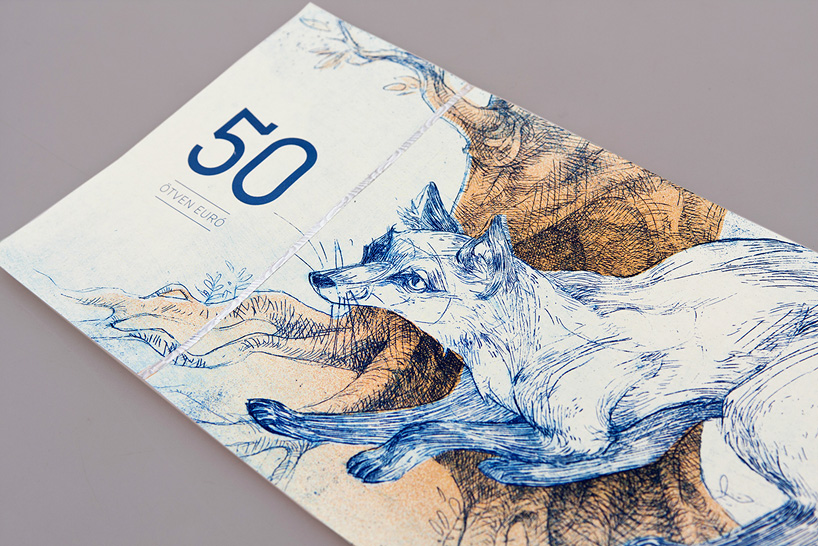 detail of the fox on the 50 bill 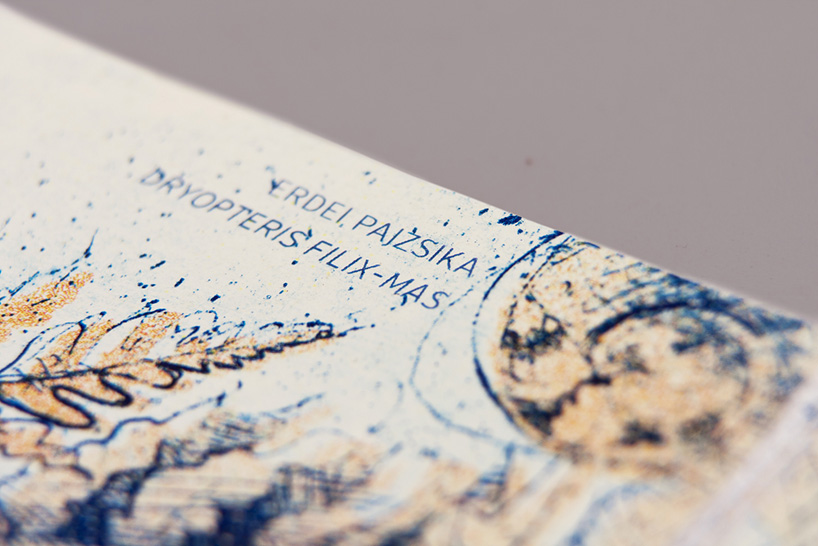 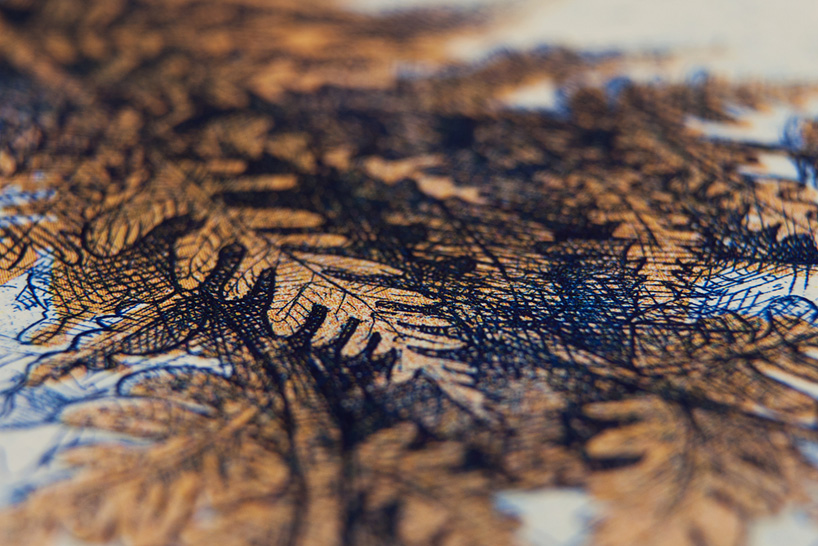 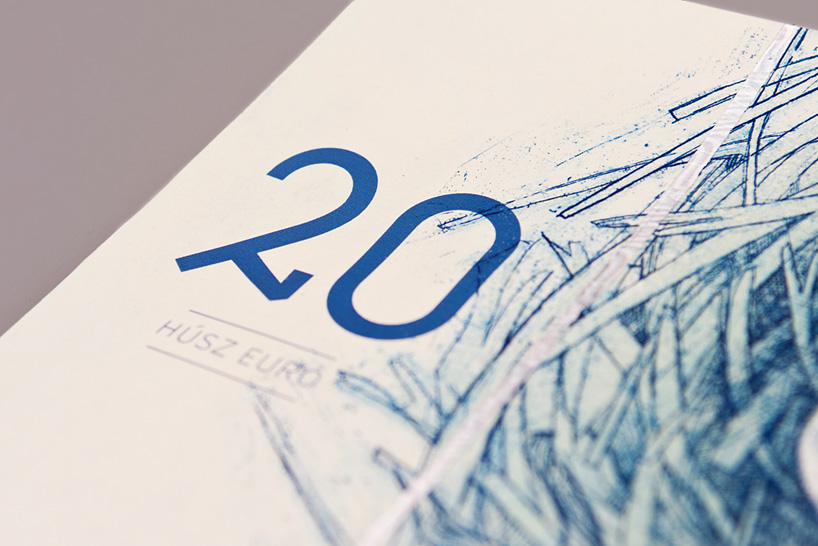 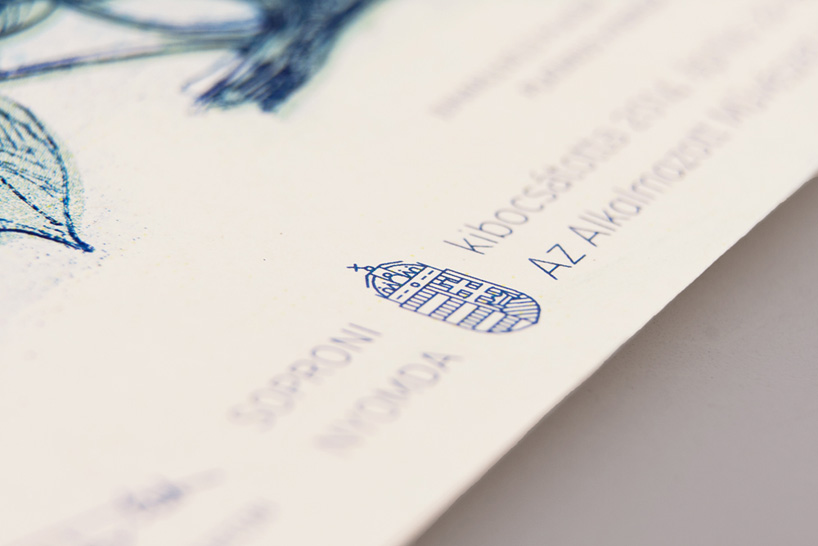 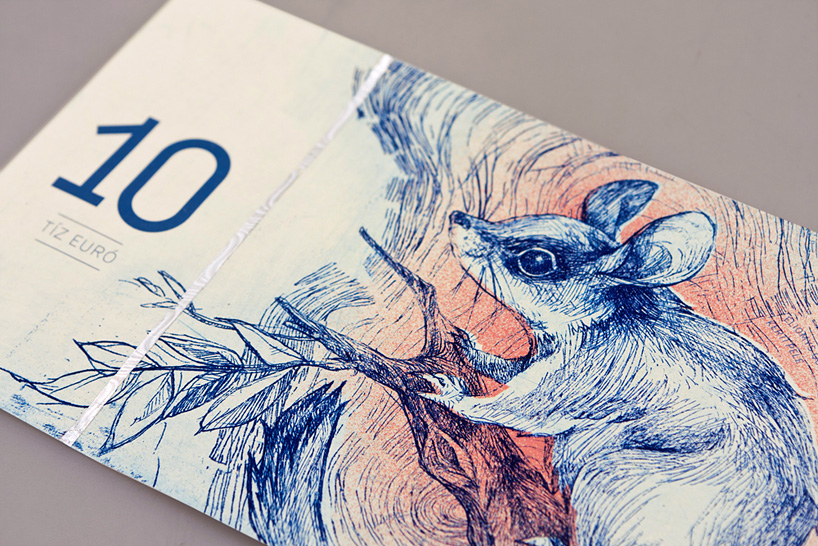 the blue and red doormouse on the 10 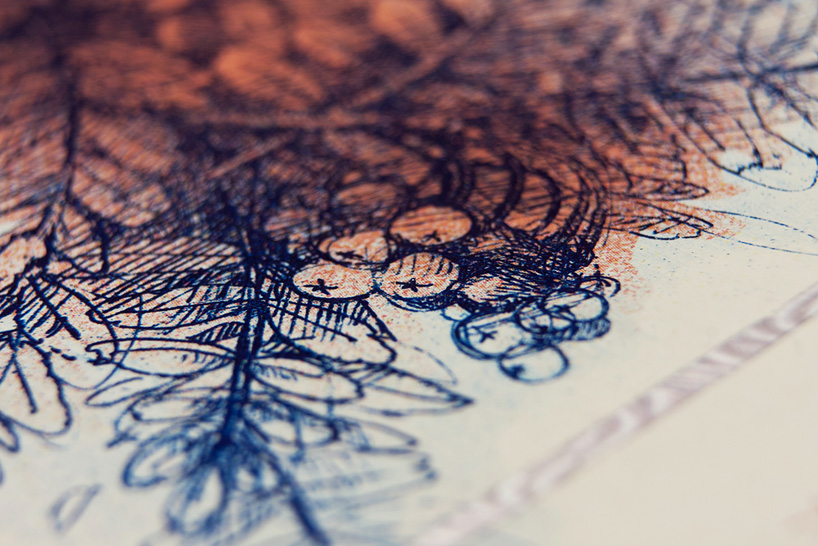 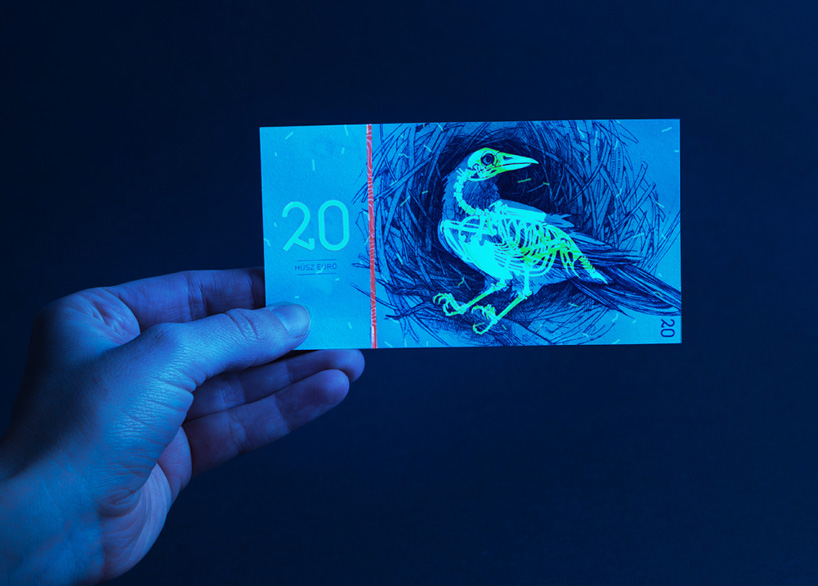 under UV light, a skeletal pattern of the animal is revealed 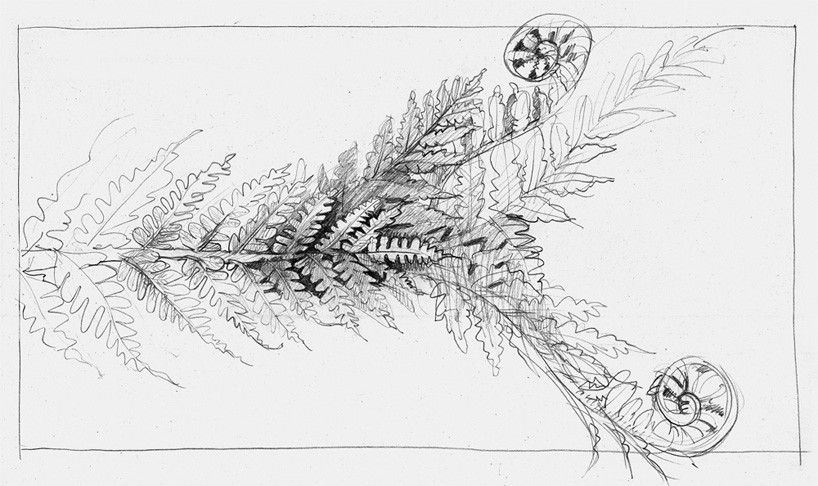 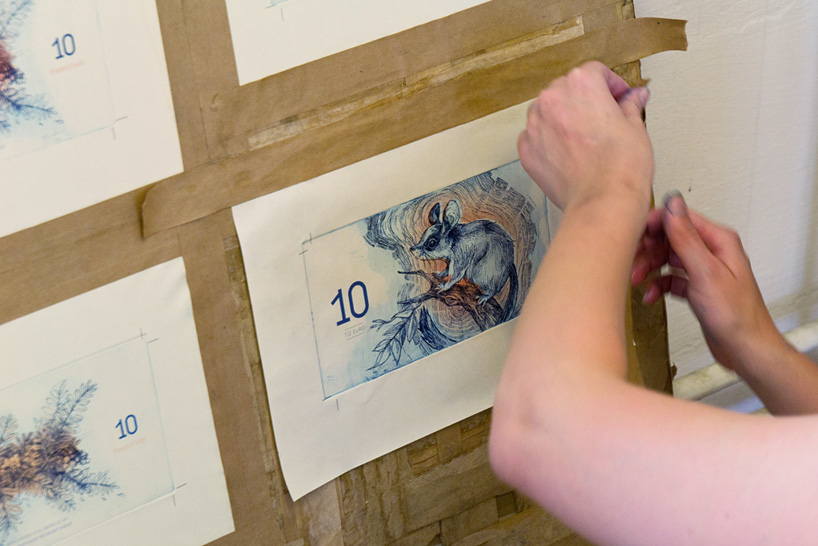 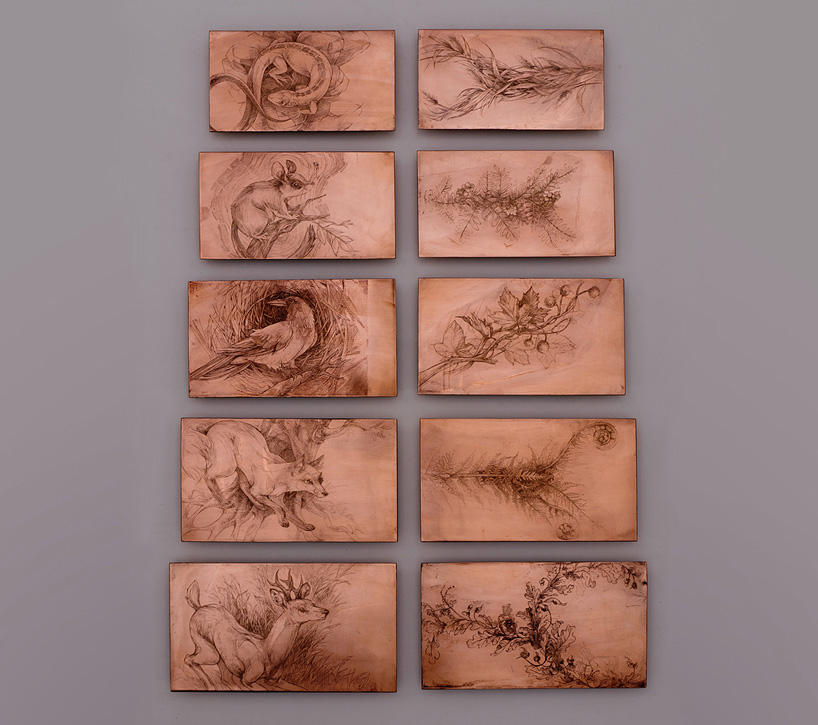 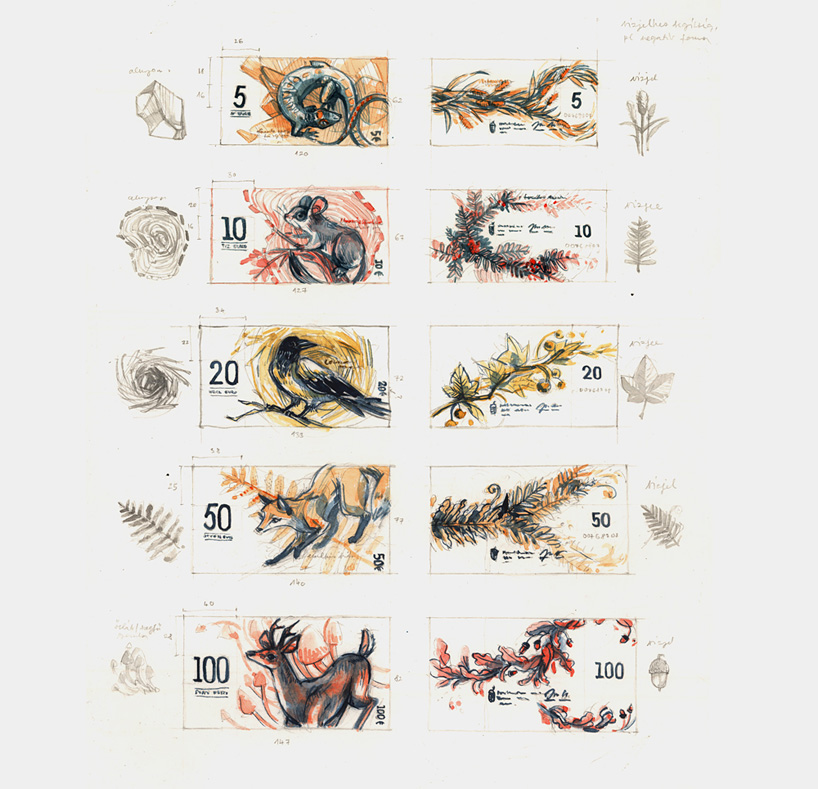 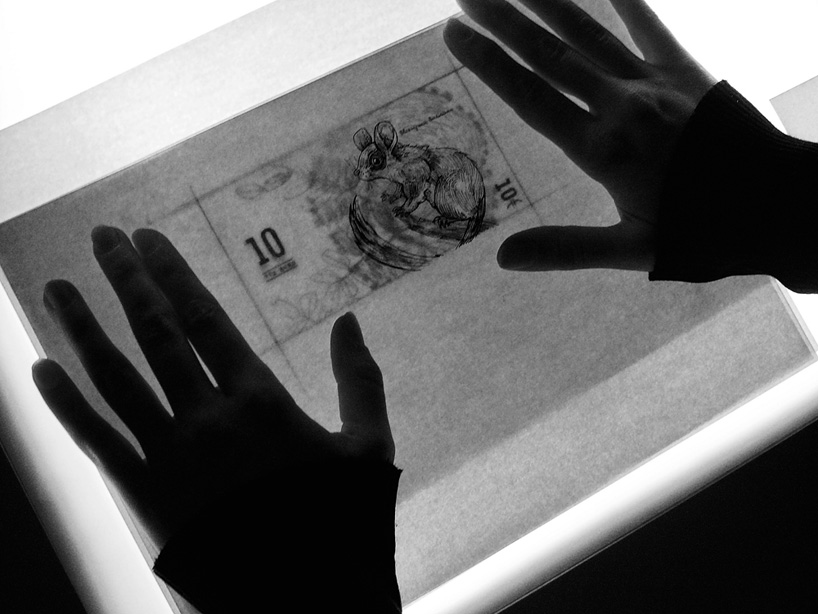 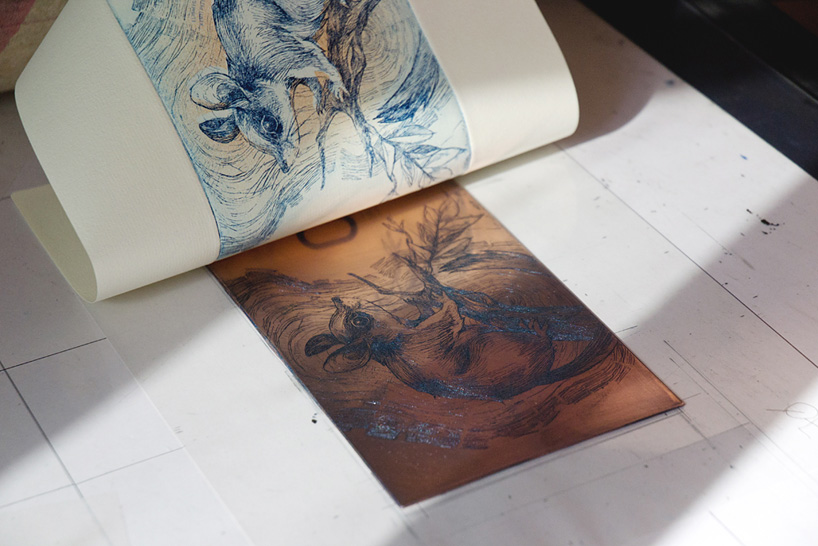 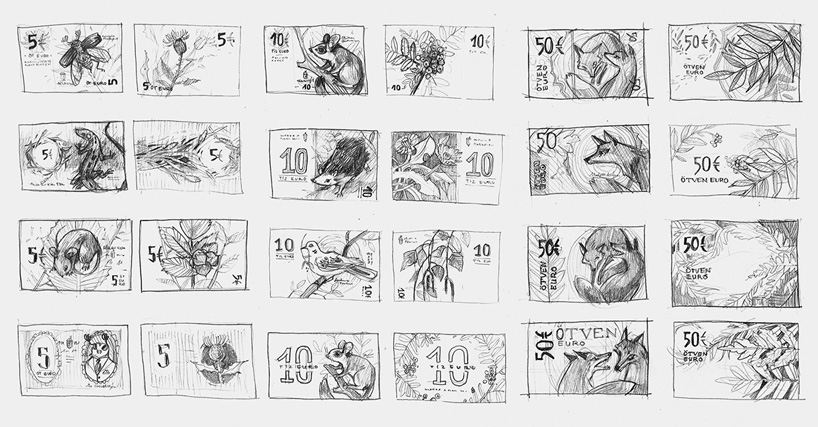 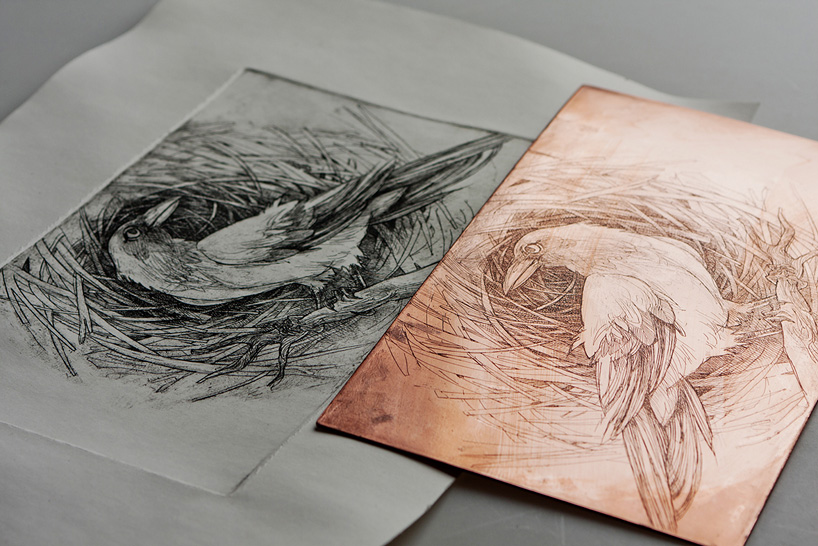