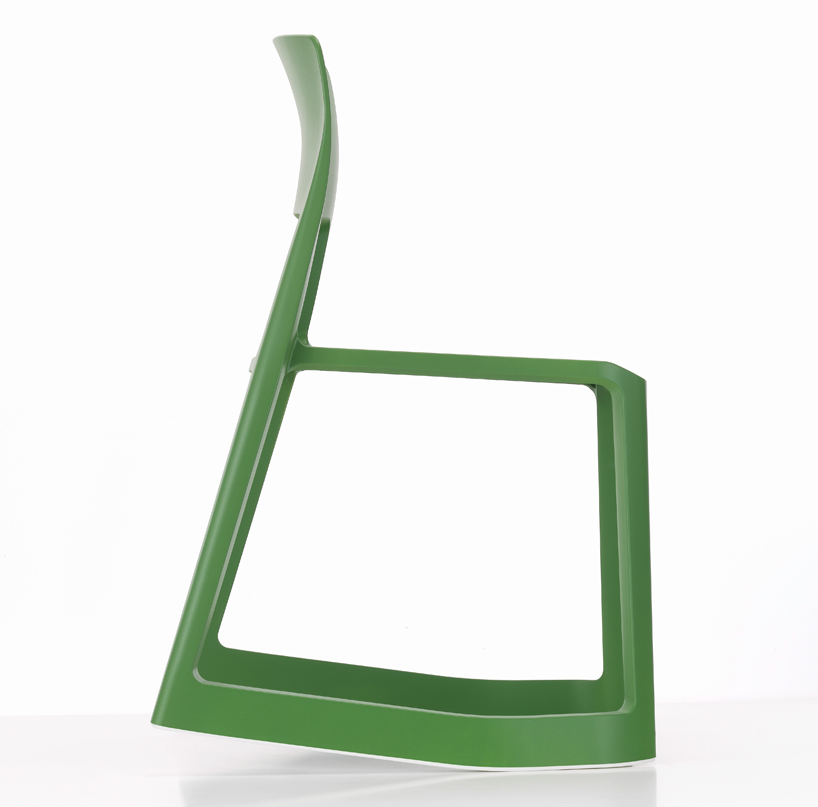 the name of the ‘tip ton chair’ is derived from the object’s actual characteristics. from a resting position it tilts forward until the sitter reaches a defined point in the forward position which lies in a 9 degree angle that is created by the shape of the chair’s floor skids. 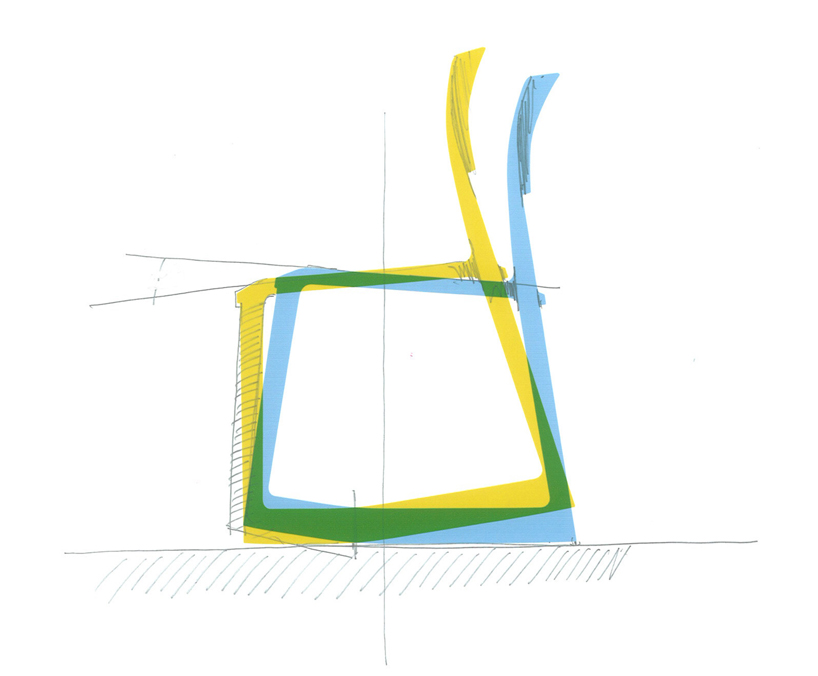 sketch of the 9 degree angle

in the forward position, the sitter moves closer to a table or desk – movement occurring in an intuitive way – while their spine remains straight. ‘we realized that creating dynamic movement in a chair can actually help a person’s concentrarion,’ says jay osgerby. research has shown that increased muscular activity in the abdomen and back regions can be beneficial to health because movement increases the flow of oxygen around the body that aids concentration. 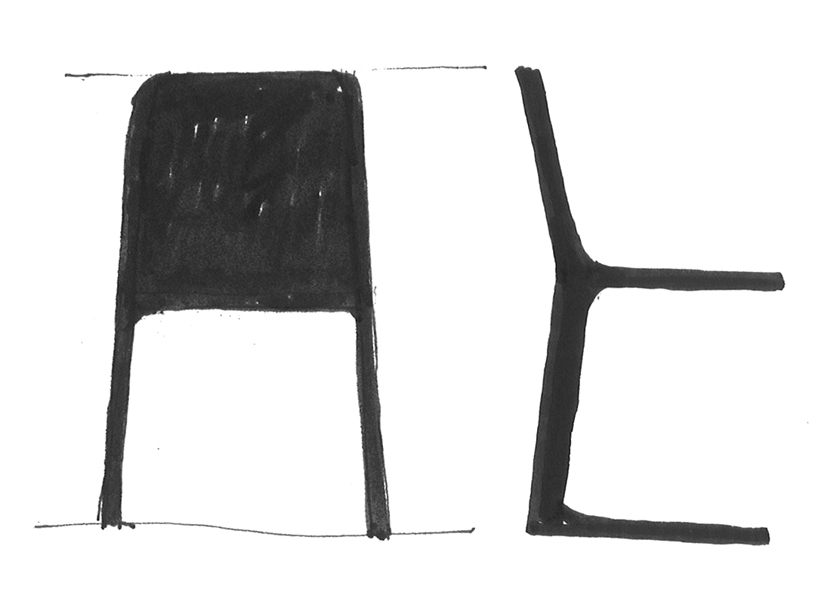 made from 100 percent recyclable polypropylene, the seat weighs just 4.5 kg. with the design ‘durability, longevity and zero maintenance are key aspects,’ says edward barber. ‘the chair is stackable and makes very little noise when moved around.’ 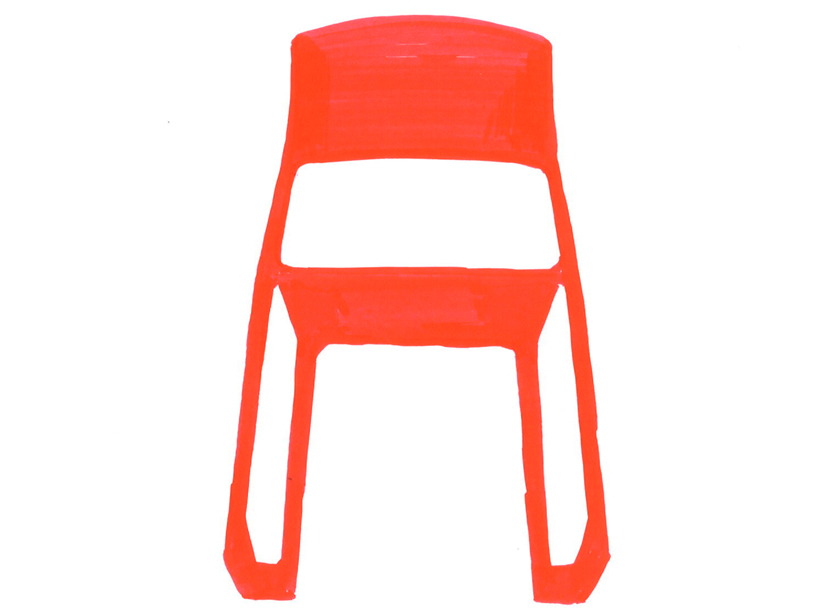 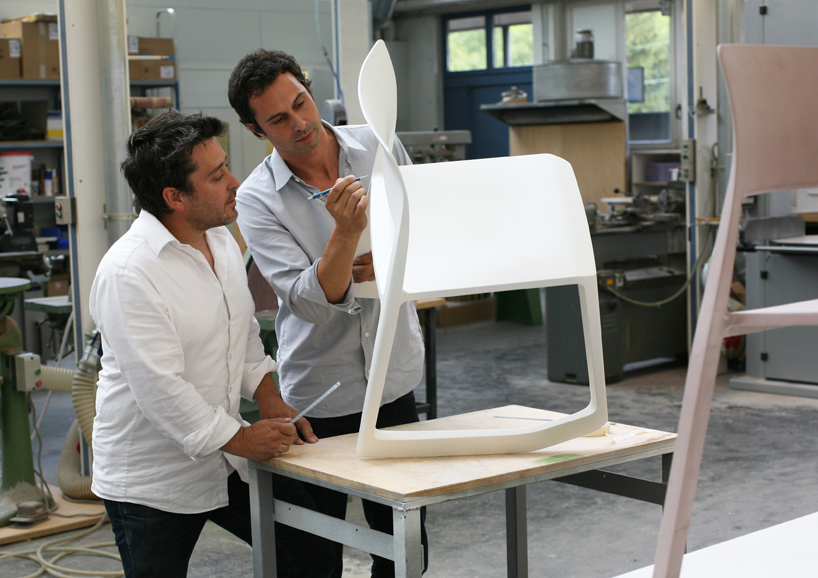 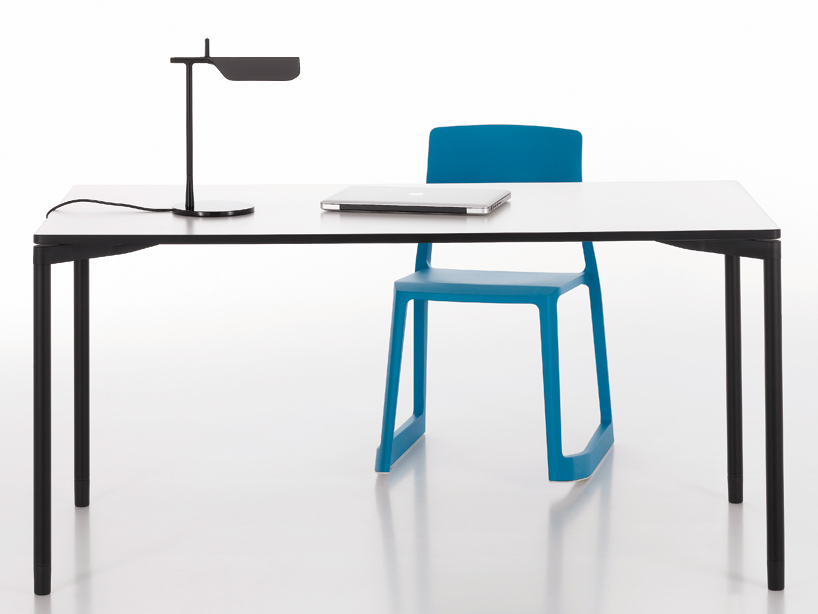 the duo has also designed ‘map table’ for vitra. the trapezoidal shaped work surface can be positioned to create a round-table formation for meetings or can be used as individual desks within the workplace. 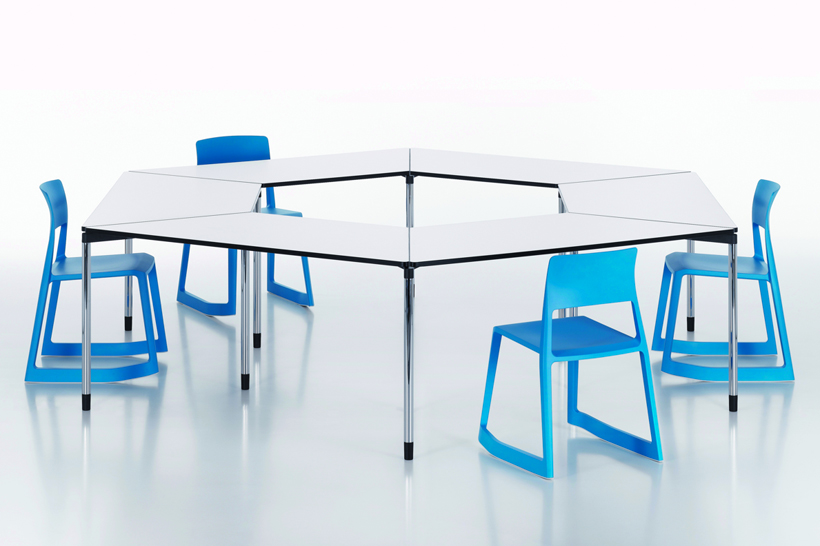 ‘map table’ in round table formation photo by marc eggimann 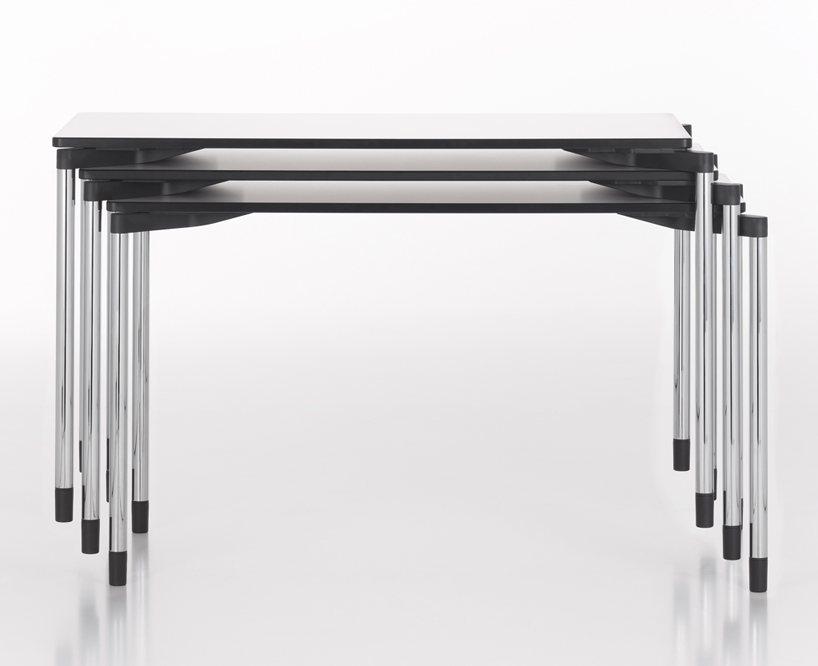 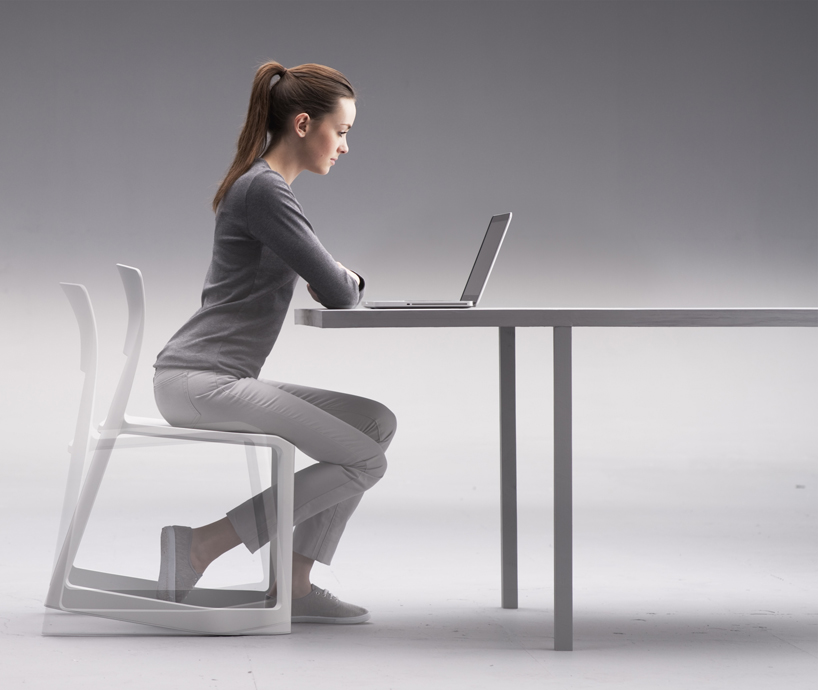 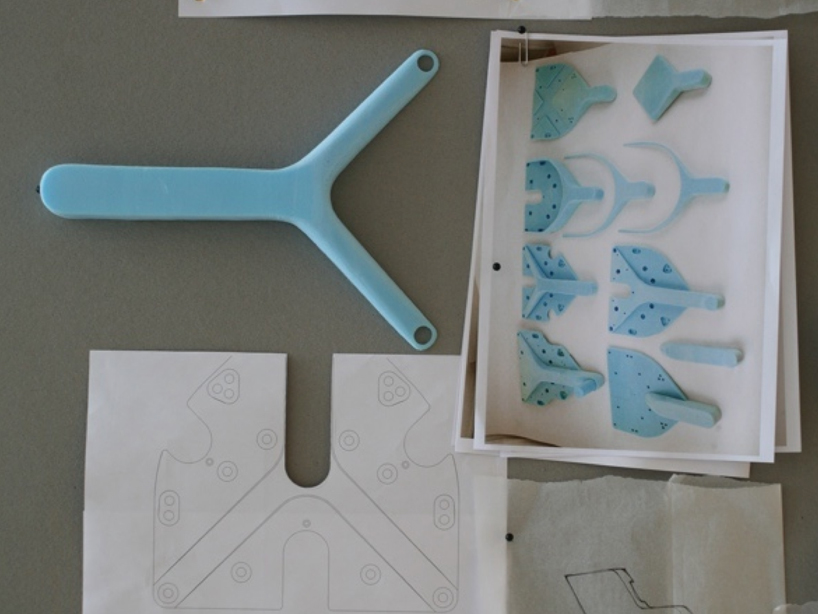 HD movie for chair release from the designer

models and sketches of furniture componentsvideo courtesy of vitra